Idina Menzel's vocals and personality shine at the Riverside

After hearing Idina Menzel's emotive and expressive performances Sunday night at the Riverside Theater, I - and I'm sure my fellow audience members - can honestly say that "I have been changed for good."

Every once in a while, a talent comes along whose voice is so extraordinary, whose belt is so powerful, and whose grace and charm fill up the theater just as well as their vocal instrument. Brew City was fortunate enough to be visited by one such artist, as Idina Menzel stopped at the Riverside Theater on Sunday night as part of her world tour.

Tony-award winner Idina Menzel’s career has excelled in music, stage, film and television. With her breakthrough role as Elsa in Disney’s beloved smash "Frozen" and performing the Oscar-winning hit song "Let it Go," she made history as the first person with both a Billboard Top 10 Hit and a Tony Award for acting.

On top of this success, her most notable stage roles include Maureen in the Pulitzer Prize-winning musical "Rent," Elphaba in "Wicked" (both of which she originated), and Elizabeth in "If/Then." On screen, you have likely seen her as C.C. Bloom in Lifetime’s recent remake of the film, "Beaches," or as Shelby Corcoran on the hit television show "Glee."

While these are certainly the items on her resume that the majority of audience members came to see, Menzel, 46, is so much more as a performer. She is a Broadway belter, a flawless pop vocalist and a magnetic presence on the stage. 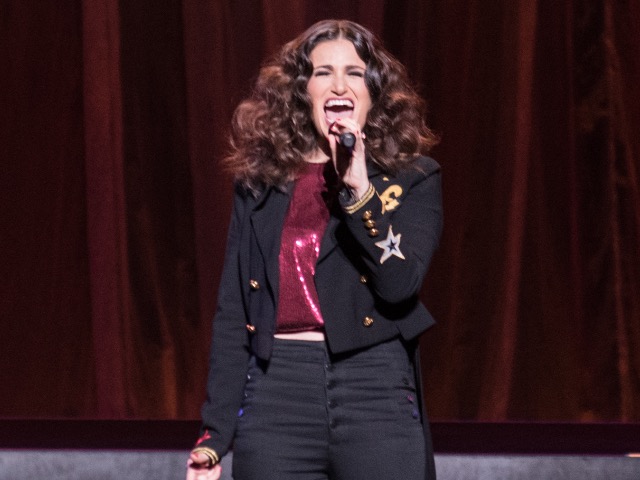 Looking gorgeous in stylish, diva curls and a ruby sequined shirt lovingly chosen by her 8-year-old son, the evening kicked off with the upbeat, percussion-heavy number "Queen of Drums." The high-octane song was soon followed by the "Rent" favorite "Seasons of Love." Even the audience couldn’t contain their joy as they eagerly clapped and sang along, at Menzel’s encouragement.

If you weren’t already dazzled by her stunning singing voice in these first few highlights, it was impossible to deny the charms of her witty and engaging personality. After pausing to compliment an audience member’s T-shirt and to delightfully grill a gentleman to see if he brought a date to the show, she insisted that three vacant front-row seats be filled immediately so she wouldn’t feel insecure. It was gestures like these that made her come across as the kind of girl that you’d want to have a leisurely Sunday brunch with, the kind of girl that you should envy but you can’t, because she’s just that likeable.

With the empty seats now filled, Menzel launched into a triumphant version of "Don’t Rain on My Parade," which, in my potentially controversial opinion, rivaled the great Barbra Streisand’s version.

Two particularly softer, emotionally raw moments came from stirring renditions of "I’m Not That Girl" from "Wicked," a powerful ballad of unrequited love, and "So Sorry," a painful narrative of a broken happy ending from her latest album, "idina."

As the evening progressed, Menzel continued to perfectly blend musical theater favorites with modern day tunes. The chill (and yes, for me, tear) inducing "Wind Beneath My Wings" was followed by her incomparable hit "Defying Gravity." To say that she performed this anthem expertly is an understatement, and she received her first well-deserved standing ovation of the evening.

Menzel’s charm and talent continued to be on full display during her takes on "Bridge Over Troubled Water" (made even more stunning with an a cappella intro) and with a version of "Rock Steady" filled with plenty of high notes that would make Aretha Franklin herself proud. She next dedicated a soft, stunning version of "Dear Prudence" to her younger sister, giving an added beauty on the already lovely Beatles’ standard.

But the real surprise came when the song was seamlessly blended with another "Frozen" favorite, "Do You Wanna Build a Snowman?" Coming from somebody who primarily knows and admires Menzel for her accomplishments on stage, it was a delightful change of pace to see her perform more than just show tunes. 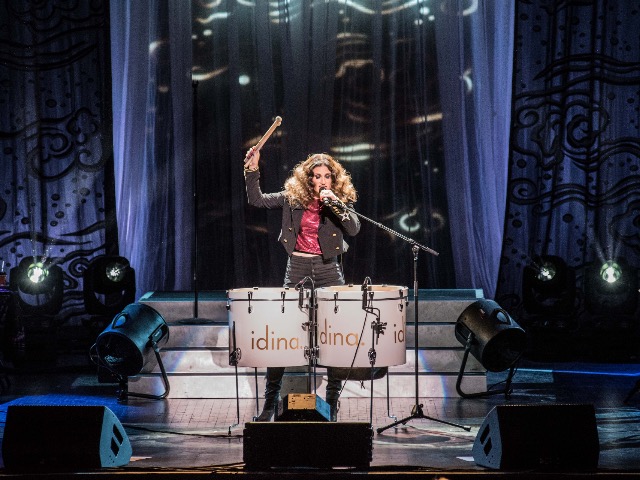 In a show filled with many high notes, both literally and figuratively, the evening concluded with three especially stunning moments. After recalling the success of her first musical "Rent" nearly 20 years ago and the sudden death of its creator, she performed an expressive version of one of the musical’s most beautiful numbers, "No Day But Today," reminding the audience to be present and in the moment in a chaotic and stressful world.

Menzel then proved she didn’t need a microphone to fill the theater with her commanding, striking voice. Before a stunned audience, she took off her microphone and, without accompaniment, sang the especially poignant lyrics of Wicked’s "For Good" to the Milwaukee audience. The impactful moment was only made more enchanting with a forgotten lyric and an accidental f-bomb.

And of course, no Idina Menzel show would be complete without an inspiring rendition of "Let it Go." It was the ideal way to conclude a near perfect evening.

After hearing her emotive and expressive performances, I (and I’m sure my fellow audience members) can honestly say that "I have been changed for good."