The Swedish home furnishings superstore is slated to open in Oak Creek on May 16 and we got a chance to go inside for another update. When we visited in January, the 291,000-square foot store building was erected and the skeletons of walls were rising. But here's what we found this week.

Wisconsin's first IKEA is in the home stretch.

The Swedish home furnishings brand superstore is slated to open along I-94 at Drexel Avenue in Oak Creek on May 16, and we got a chance to go inside for another update.

When we visited in January – click here to read that story, which contains details on many aspects of the store – the 291,000-square foot store building was erected and the skeletons of walls were rising.

But today we saw that the sprawling store has really taken shape. The "neighborhood" of suggested room decor and furnishings is built and the displays being installed. The same is true of the room scenes in separate departments.

The open-area sections, each featuring a different type of room – kitchen, bedroom, office, etc. – are mostly filled with furniture that has been assembled by staff.

The soaring shelving units in the warehouse are are up and workers are using lifts to stock them with items.

Furniture was being assembled, displays were being arranged, workers were putting finishing touches on building infrastructure.

The restaurant, which is quite large – with seating for nearly 350 – and quite nice, with a variety of different kinds of seating areas, is shaping up, as is the food market near the checkouts. There's also a "bistro" there, with grab-and-go items like pizza, soda, etc.

"I'm sleeping fine," said manager Samantha Gravina. "We're pretty good at doing this by now. This is my first time, but it's not for the company. We opened three stores just last year. We're on target now and if we fell behind, we'd just work harder and longer to get it done in time."

We've been promised at least one more peek a couple weeks before the store opens, so stay tuned! In the meantime, here are some photos from this morning's visit: 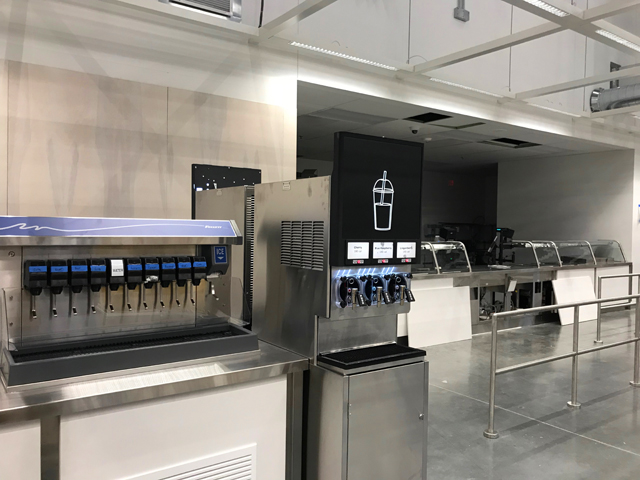 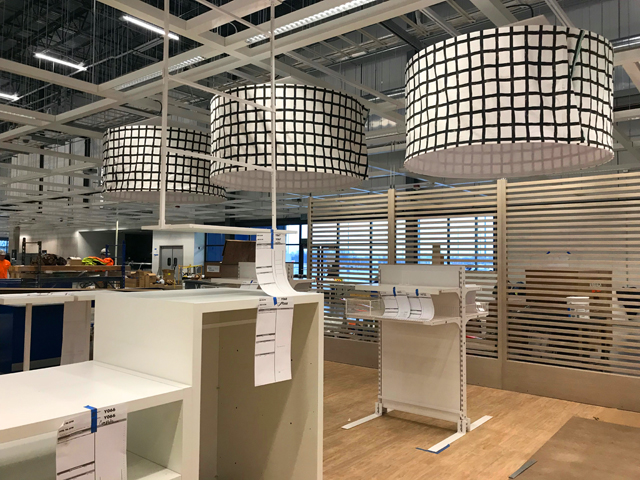 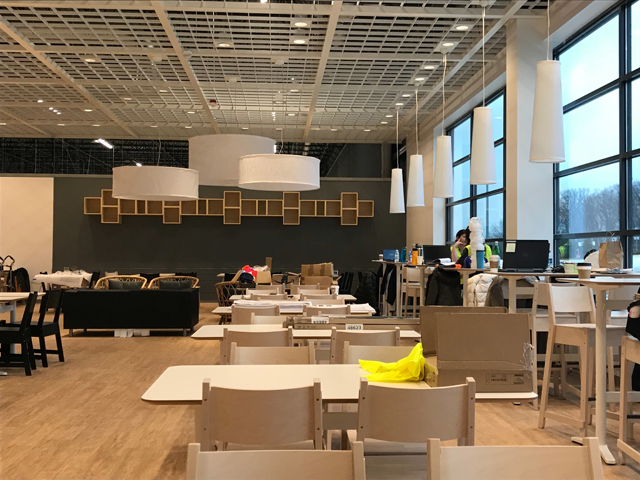 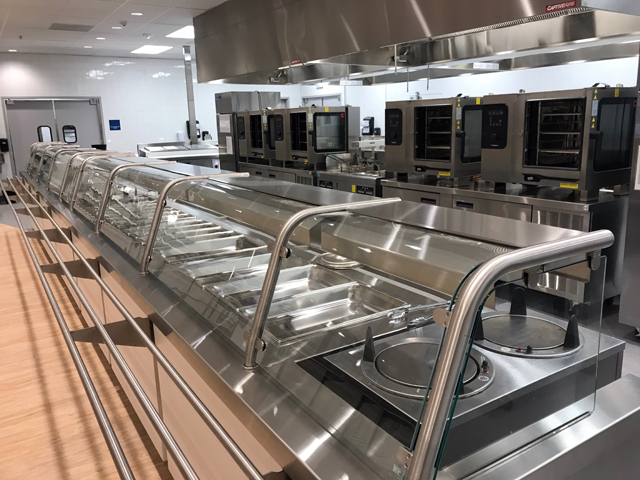 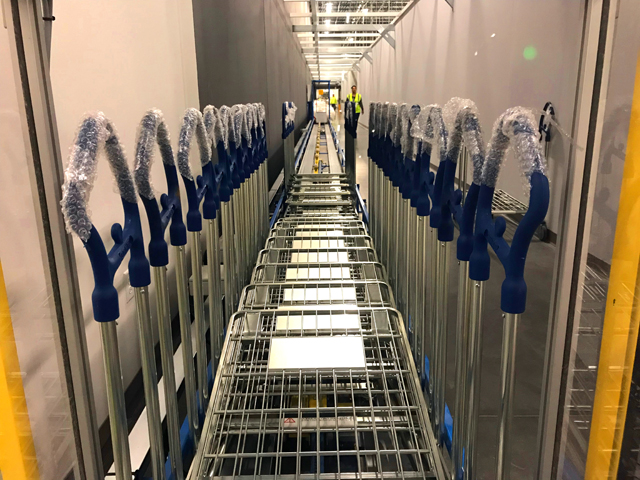 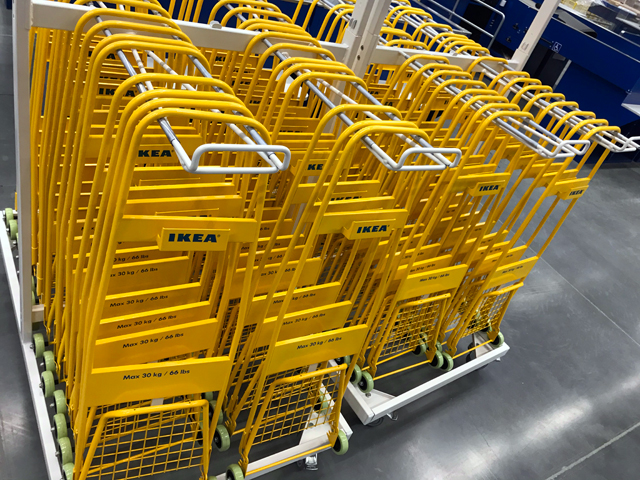 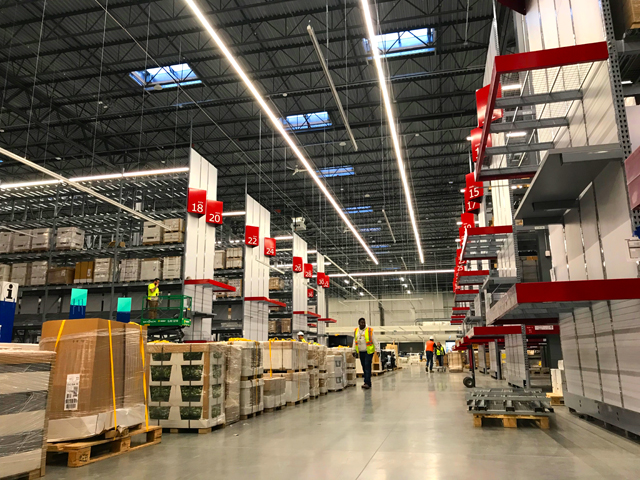 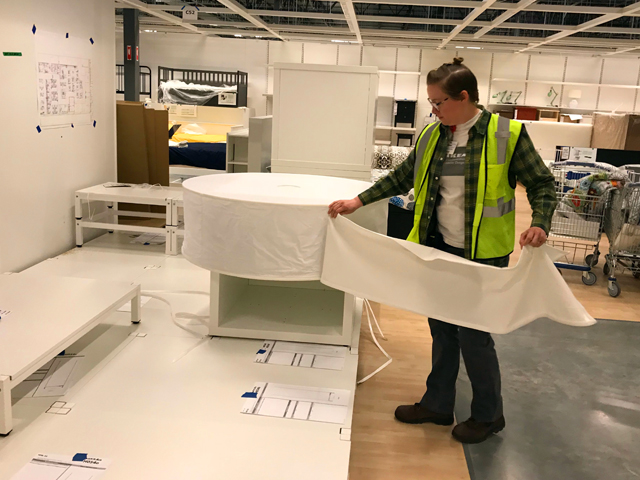 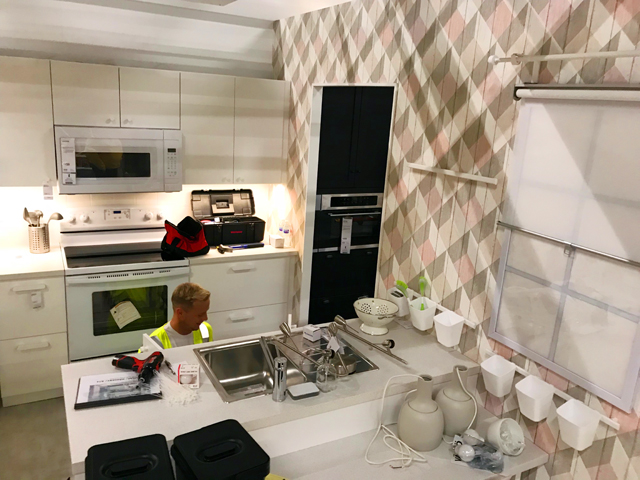 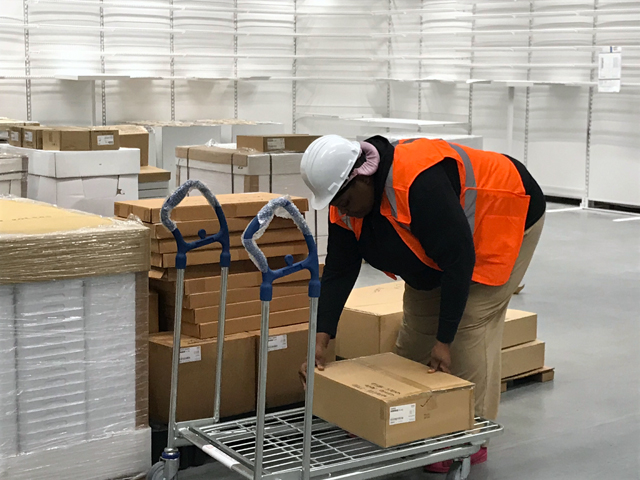 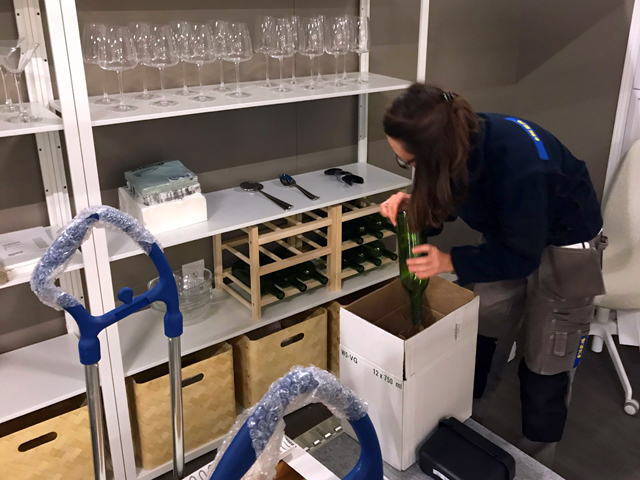 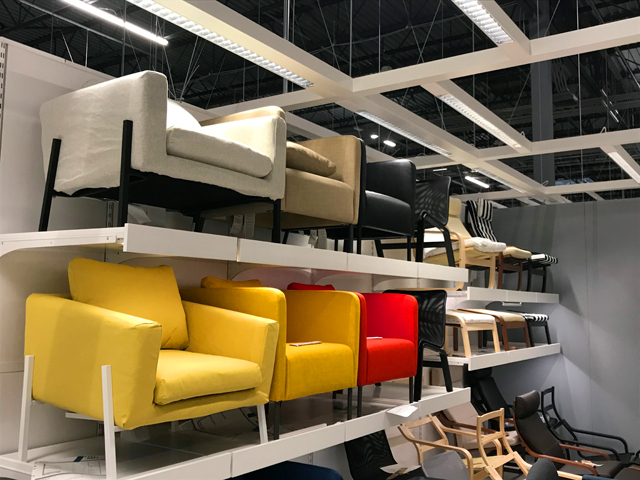 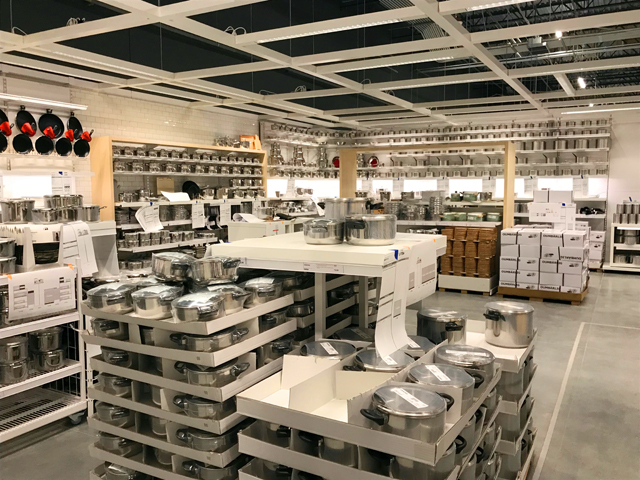 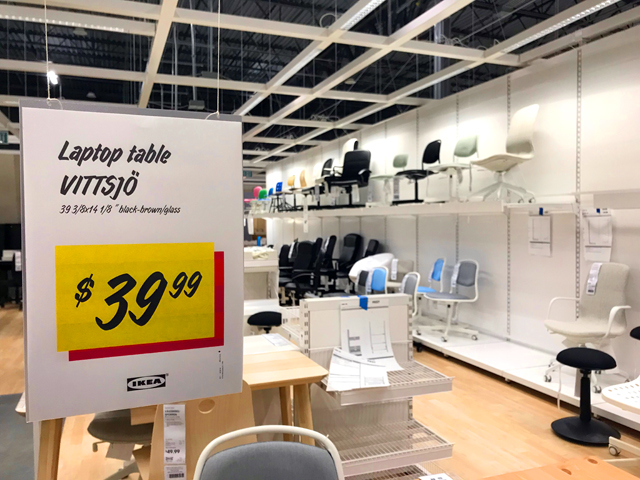 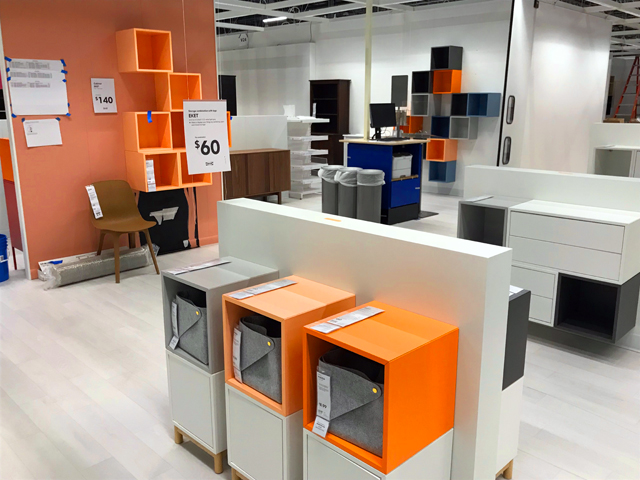 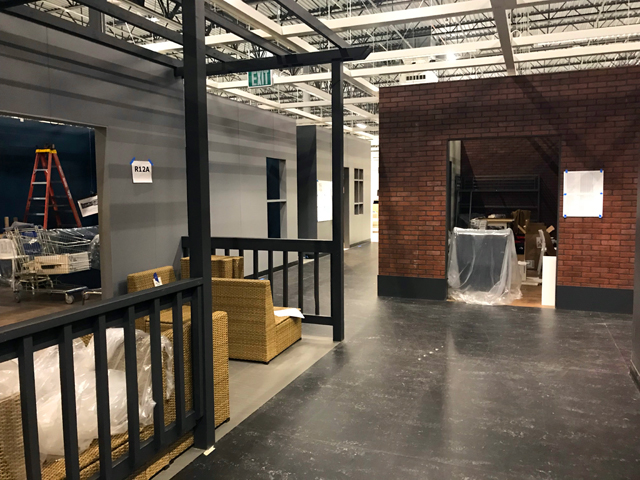 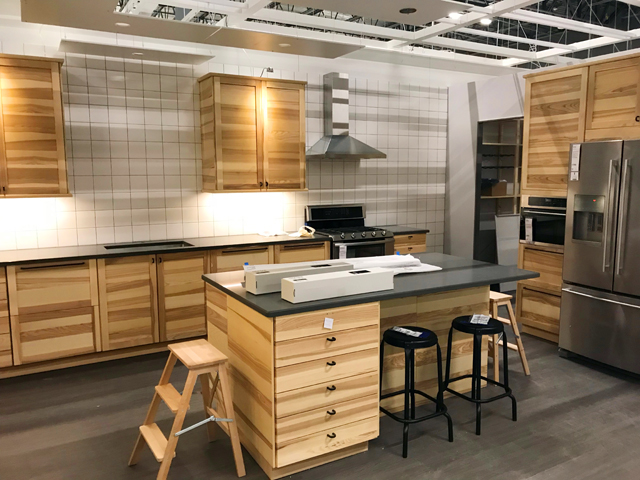 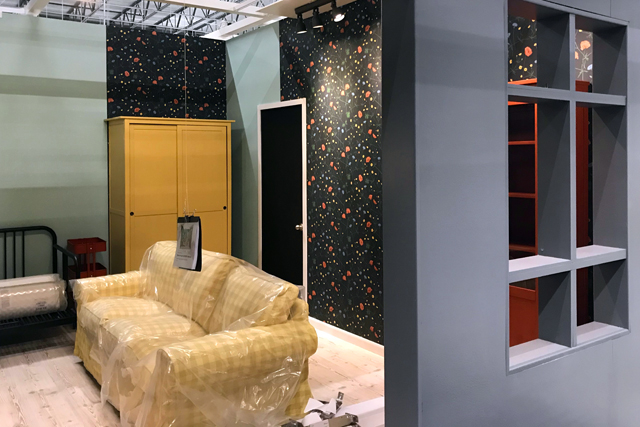