Inventors Brewpub brings the wort back to Port

It's been more than 16 years since beer was brewed in Port Washington. But, thanks to the efforts of Adam Draeger, owner and head brewer at Inventors Brewpub, the lakeside town will again have a slew of brews to call its own.

It’s been more than 16 years since beer was brewed in Port Washington. But, thanks to the efforts of Adam Draeger, owner and head brewer at Inventors Brewpub, the lakeside town will again have a slew of brews to call its own. Draeger received his brewing license from the State of Wisconsin earlier this month, and customers will be able to get their first taste of the new offerings beginning on Wednesday, March 28.

Draeger opened Inventors Brewpub, located just inside the northern end of the American Legion Hall at 435 N. Lake St., this past August. But, rather than twiddling his thumbs while he waited for his licensure, he collaborated on recipes with area breweries including Sweet Mullets (now Brewfinity Brewing Co.) in Oconomowoc, Riverside Brewpub in West Bend, MobCraft, Explorium Brewpub and St. Francis Brewing. 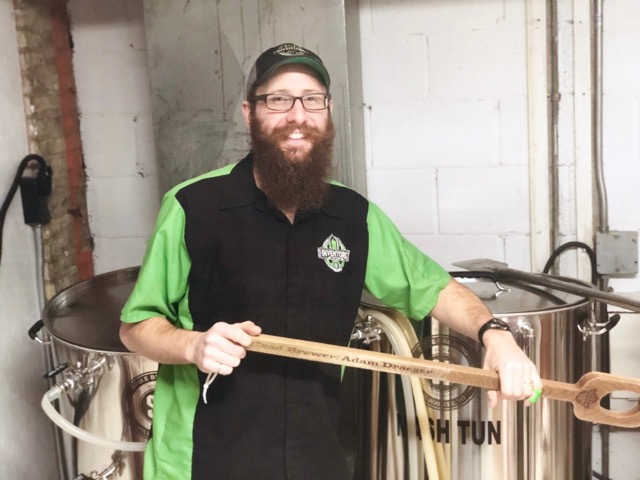 From there, he purchased the beer to serve at the brewpub alongside a menu of snacks (think fried cheese curds, sweet potato tots and Milwaukee Pretzel Co. pretzels), Brew-Tons (creatively filled fried wonton wrappers), poutine and a tasty looking collection of burgers and sandwiches. The brewpub also offers a Friday night fish fry for $13.

Starting Wednesday, Draeger will roll out about 10 new beers, including Edison IPA, Seven Hills Pale Ale, PW Golden Ale, a Hefeweisen, the SS Porter, an ESB, a Wee Heavy Strong Scotch Ale, a Berliner Weiss and Orange Marmalade on Toast, a specialty beer with Munich malt, orange peel and orange blossom honey. There will also be a No Style beer featuring a combination of Draeger’s choice of malts, hops and yeasts.

The nascent brewery has a good bit going for it. It’s in a picturesque location just across from Veterans Park, where customers can park on the brewpub’s evolving patio (currently decked out with picnic tables) and enjoy the lakefront views. 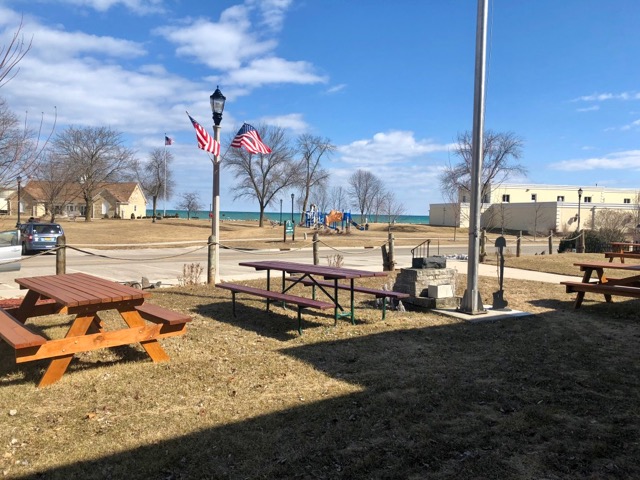 It also happens to be located in what was once a bottle-washing plant for Lakeside Brewery, Ozaukee County’s first major brewery, which was founded in 1847. Over the course of a century, as the brewery changed hands, it was known by a variety of monikers including Port Washington Brewing Co. and eventually the Old Port Brewing Co., which operated from 1915 to 1947. Among its offerings was an ale called Premo Beer, which was well known for its slogan: "The Beer That Made Milwaukee Furious."

After the brewery closed, most of the buildings were torn down. However, the current location for Inventors Brewpub was acquired by the American Legion Post 82, an organization which now serves as the brewpub’s landlord. 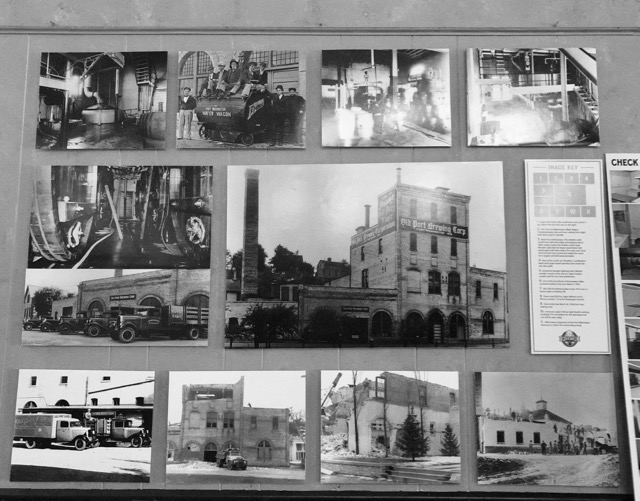 Draeger, a Wisconsin native who earned his degree in engineering and physics from UW-Platteville, spent the first decade of his career working for Pella Windows in Iowa. Along the way, he took up home-brewing.

"Engineers are great at brewing because it’s so process-oriented," he says. "We actually started a home-brewing club comprised mostly of Pella employees. It was a really great way to throw energy into the brewing process. It kept me on my toes, and I was brewing almost every weekend."

When Pella offered buyouts to employees during the economic downturn, Draeger says he made the decision to take advantage, opting instead to earn his International Diploma in Brewing Technology at the World Brewing Academy, an alliance between Munich’s Doemens Academy and Chicago’s Siebel Institute of Technology.

From there, he and his family moved to Denver, where his wife found work in engineering and he set out to find a job with a brewery. After applying to 43 commutable breweries, he accepted a position as head brewer for Arvada’s The Yak & Yeti, where he spent six years brewing on their seven barrel system. He also moonlit for a friends nano-brewery, Colorado Plus Brewpub, where he built his own one barrel system from scratch.

"Over the years, we were constantly coming back to Wisconsin to visit family," Draeger says. "It got to be a pretty significant expense, and finally we decided we should consider moving back. I told my wife I’d be willing to move as long as we could start a brewery. She agreed, as long as she could live by the water. In the end, we also wanted to settle down in a place that would be great for raising our family. So, we ended up in Port Washington."

"Port Washington had everything but a brewery," says Draeger, noting that he happened across the American Legion Hall space while scouting the area for spots that might work for a brewery.

Once he signed the lease, Draeger and his family painstakingly remodeled the 6,000-plus-square foot space, raising the ceiling, painting the walls and adding a variety of touches that help tell the story of Draeger’s journey from engineering to brewing.

The northern portion of the space showcases high top seating and penny-top bar that’s faced with barn boards reclaimed from Draeger’s grandfather’s farm in Marshfield. There’s a full bar, complete with a growing number of taps which will feature Inventors Brewpub beers and a couple of guest taps. 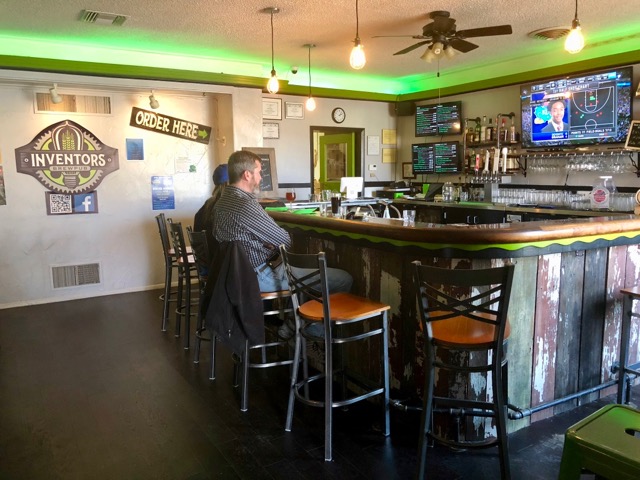 Tables are decorated with menu stands that light up when guests activate the "mad scientist" inspired handles ... a fun little detail that will delight kids of all ages. 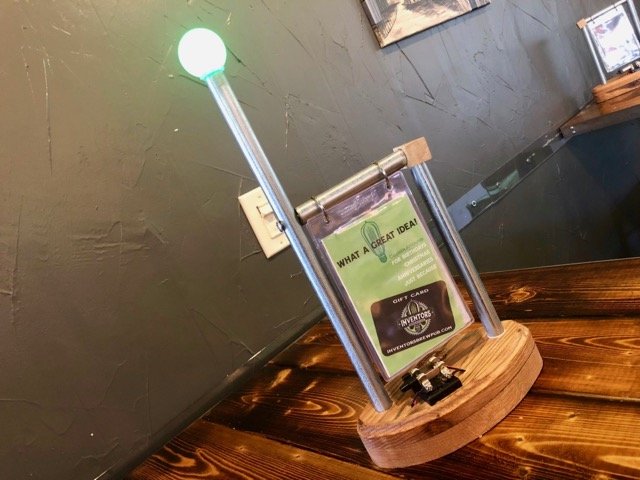 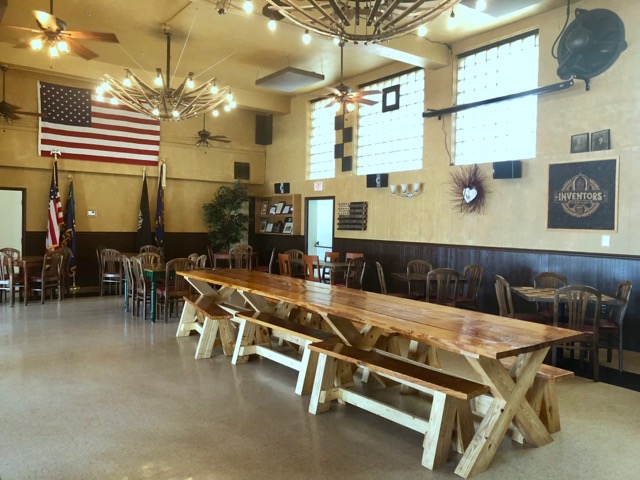 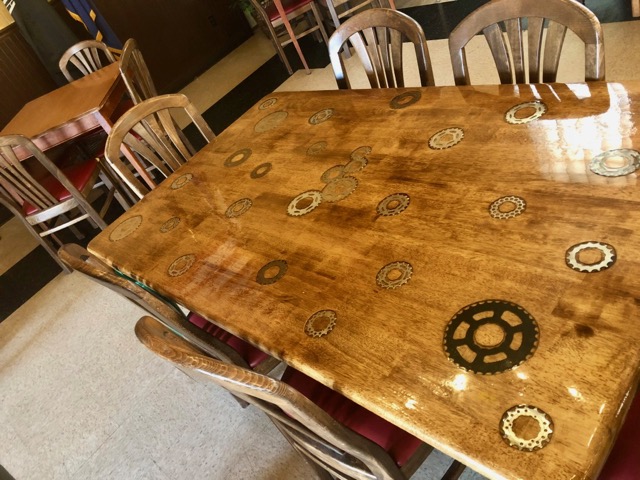 There are places to lounge, enjoy a beer and chat with friends. 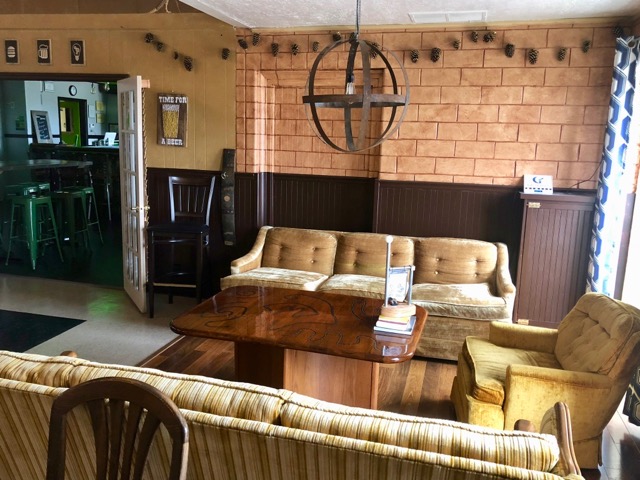 And the brewpub is intentionally family friendly, offering a special kids’ menu and plenty of spots for children to get creative, play games and invent their own creations using PVC piping and fittings. 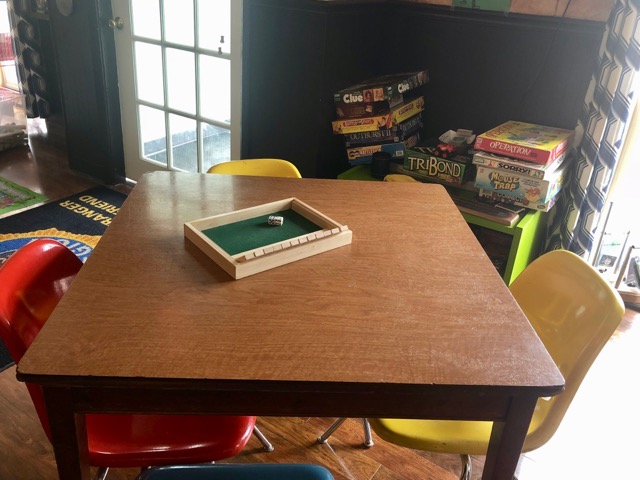 Once a month, Draeger hosts an indoor winter market at the brewery. He’s also started a Port Washington Beer Club that’s open to anyone with an interest in beer. He says their goal is to create a community hub, a place where folks can connect with one another and escape the everyday grind.

"Third Space Brewing established it as their name, but I’ve really been using the terminology for a long time," he says. "And we really do want to be peoples’ third place … a spot to come and relax and spend their time. So, we really want to stay tapped into what’s happening and give back however we can."

Beginning this summer, Draeger says he hopes to be able to support keeping the brewpub open seven days a week.