Island Resort is an Upper Peninsula oasis of fun

It's hard to believe there's a full-service resort, hotel and casino out amid the wooded roads of the Upper Peninsula, but then the Island Resort & Casino, in Harris, Michigan, appears and it looks like an oasis of fun in a quiet rural area.

HARRIS, MICH. – Driving along the wooded roads of Michigan’s Upper Peninsula, the area is awash in autumn color. There are abundant trees, but not much else in this peaceful landscape dotted with the occasional home or farm.

It’s hard to believe there’s a full-service resort, hotel and casino out here, but then the Island Resort & Casino, W399 Hwys. 2 & 41 in Harris, Michigan, appears and it looks like an oasis of fun in a quiet rural area. 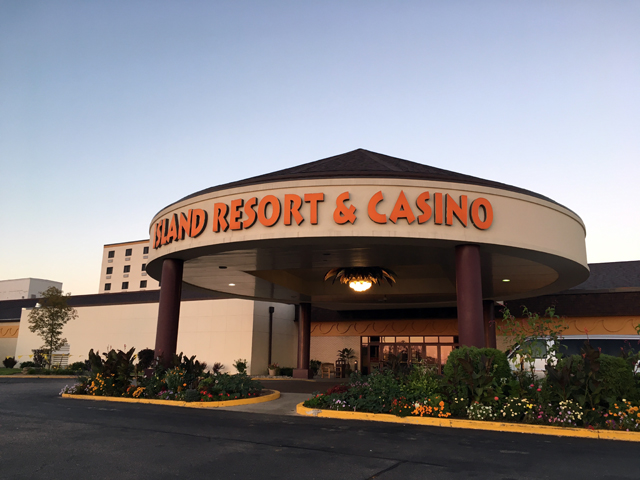 Inside the complex, which includes an 11-story hotel tower that affords great views of the adjacent golf course to the south and to the surrounding countryside (see below), there is everything one could need for a self-contained getaway: a spa with a pool and an adjacent fitness center, a casino with slots, bingo, poker and gaming tables, a variety of restaurants and bars, the hotel, a gift shop, the golf course and copious free parking. 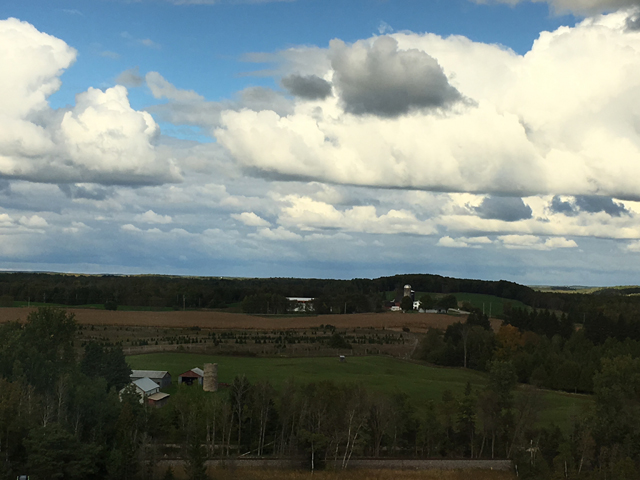 And 18 weekends each year, national talent performing in a state of the art concert and show venue.

There is also a convention center attached.

"We're a full service resort," says Island marketing director Susan Harris. "We have everything. You come here, and everything is here that you need. Whatever your palate is, whatever your pocketbook dictates, we can accommodate that. It's really become an island fantasy." 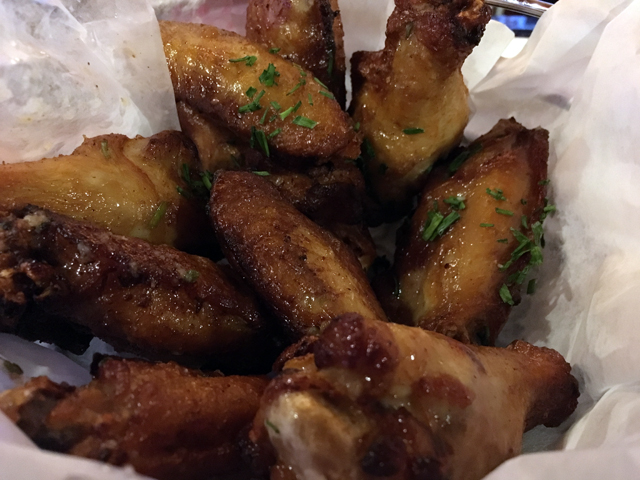 The resort got its start in 1981, just three years after two track roads in the Hannahville Indian Community – where Island is located – were paved.

"How it all got started is the baseball team down in the reservation needed uniforms, and they couldn't figure out how to raise the money to get the uniforms," Harris recalls. "What they decided to have car bingo. People would sit in their car, play bingo. They'd be called, and when they got a bingo, they'd beep the horn and then they'd beep the horn. That's kind of the birth of the whole gaming operation."

Four years later, the Hannahville Bingo and Casino opened and it was renamed Chip-In Casino in 1987. The casino expanded to the current site in 1991 and seven years later the current casino opened, following by the convention center a year later. The 11-story hotel was added in 2007 and the 18-hole Sweetgrass championship golf course was completed the following year. 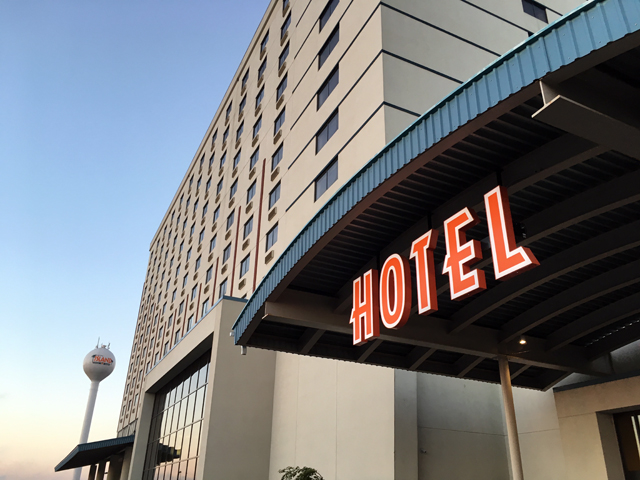 The course is a major draw, says Harris.

"There are 800-plus golf courses in the state of Michigan, and we are rated in the top 10," she says with pride. "We hold an LPGA event, the Symetra tour, every year. We'll do it again next year. This is very popular."

Because of golf – and the tourism season up here (despite being in the warmer "banana belt" microclimate, this is STILL the U.P.) – summer is the busy season at Island.

But even with an autumn chill in the air, a seemingly large majority of guests at the resort can be seen donning golf gear and lugging clubs around. They arrive in the morning by the busload.

That’s why, says Harris, the resort is building a second championship course on nearby reservation land. It is expected to open in August 2017.

"Golf is huge here," Harris confirms. "People can come and golf on a package here. We have a partnership with two other courses, one in Iron Mountain and one in Marquette, that are also championship courses, rated in the top 10. You can stay with us, golf those three courses for the same amount of money as a greens fee would be in Chicago, or Milwaukee."

Winter is by no means dead up here. As the cold looms, Island begins to bring in entertainment, which helps keep guests coming.

"We have a lot of group tours that come in. We have about 30 buses a day, even in winter," says Harris. "We stay very steady. For our headline entertainment, we have all the greats. We have a sell-out on Vince Gill (in November), for example. We've got .38 Special coming. We've got Three Doors Down this weekend. We just keep rolling." 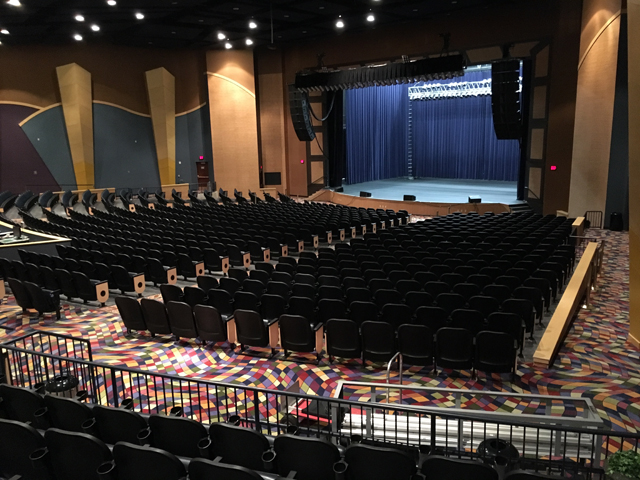 Harris says Milwaukee, Green Bay and the Fox Valley provide the bulk of visitors to Island.

"The majority of our customers here, about 57% of them, come from the Milwaukee, Fox Valley area. Most of our customers come from Wisconsin, because we're easy ... we're only four hours from Milwaukee, two from Green Bay. People love to come here. Customer service is a our byword, we treat people well."

Though you’d never need to leave the resort to find fun, there’s plenty more to be had nearby.

While you're up in the U.P.

We drove in to check out Escanaba and found a small city of just under 13,000 people with a beautiful lakeside park, and a main street (Ludington Street) that was lined with beautiful old building stock, much of it housing interesting old places like Baron’s Bar, with its row of vintage red banquettes along one wall. 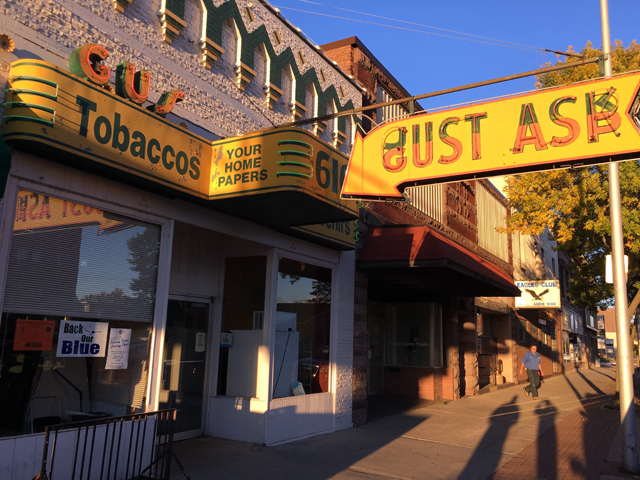 Though they were closed, we also gawped at (and snapped photos of) the Dutch-architecture-themed Delft Theater, with its stepped gable; Gus Just Ask (Gust Asp Party Store), with its incredible old signage; and the House of Ludington, once a major focal point in this town whose history has been entwined with the vicissitudes of mining and Great Lakes shipping.

We also marveled at the gorgeous old Romanesque Revival old city hall and firehouse, looked for Al Capone’s house, based on directions we got from the bartender at Baron’s, and had a beer at Hereford & Hops, a restaurant and brewpub located in a historic old hotel.

Driving out to the airport, we found the Bell’s Brewery-owned Upper Hand Brewery closed. Luckily, a brewer there – from Madison – was busy working and took a moment to show us around. We found some of the brews at a nearby grocery store and I especially enjoyed two IPAs, one of which is dubbed a "UPA." 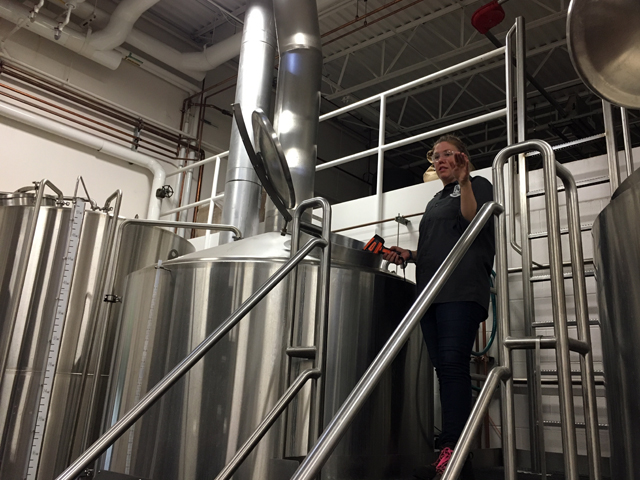 Though Harris also suggests a nearby state park, we didn’t make it there.

"You're just a short drive, about 45 minutes, from Fayette State Park," she says. "There is an old lime kiln that is restored to impeccable condition. It is most fun for families, as well as adults."

Instead, we headed west and visited the Iron Mountain Iron Mine, about a half-hour away, in Norway, Michigan. This disused mine offers tours deep into the mine, which opened in 1873 and was active until 1945, when the post-war plummet of iron prices rendered it unprofitable.

Since 1958, it’s been open to share the history of the mine and the stories of the men who worked inside them, doing a dirty, dangerous job that offered little reward in return. The tour guides are extremely passionate and equally knowledgeable about the mine’s history. 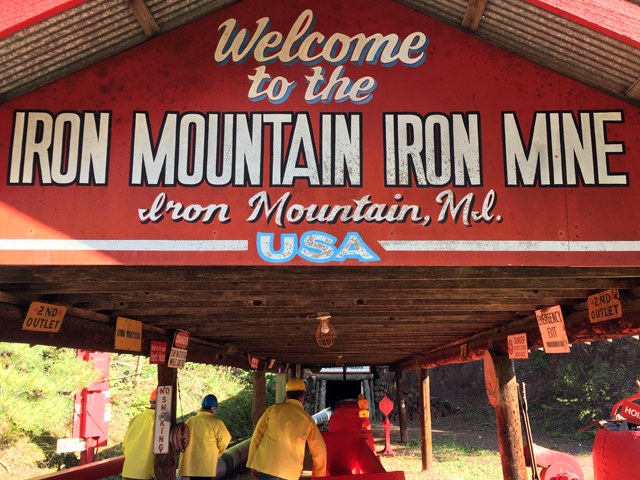 The adjacent gift shop is part mineral and gem store – with an extensive selection – souvenir shop (it even sells antique miners’ helmets for just $20), mine history museum and rummage sale (with 1980s-’90s baseball cards in unopened packs!).

The mine closes for winter but will re-open in May. Don't miss it.

Afterward, in honor of the miners who made the Cornish pasty a UP tradition, too, we stopped at The Pasty Oven in nearby Quinnesec, Michigan – home of the world’s largest pasty – for a normal-sized version, with rutabaga of course, to wrap up our U.P. Island getaway right. 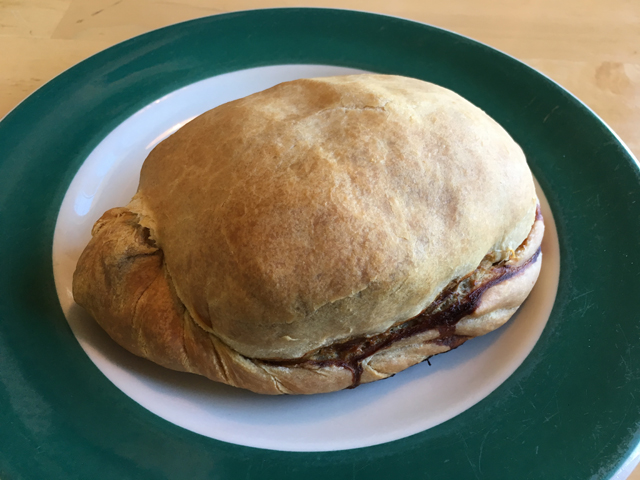 – Andy Tarnoff contributed to this report.