OK, I admit that I've led you here under (potentially) false pretenses. What I really want is for you, dear readers, to tell me about the best pizzerias in Kenosha.

OK, I admit that I've led you here under (potentially) false pretenses. What I really want is for you, dear readers, to tell me about the best pizzerias in Kenosha.

After a day of battling insane crowds at the outlet mall this weekend, we had a yen for pizza, and knowing that Kenosha is nearly as Italian as Cosenza, we figured there must be some insanely good pizza joints.

We'd been to Mangia fairly recently and we'd been to Infusino's, though that was eons ago. So, we flipped an imaginary coin and selected Luigi's over Villa d'Carlo, because we really don't know who has the best pizza in K-Town.

That's why I said "potentially" up there in the first paragraph. Because, it's possible that Luigi's, 7531 39th Ave., is the apex. 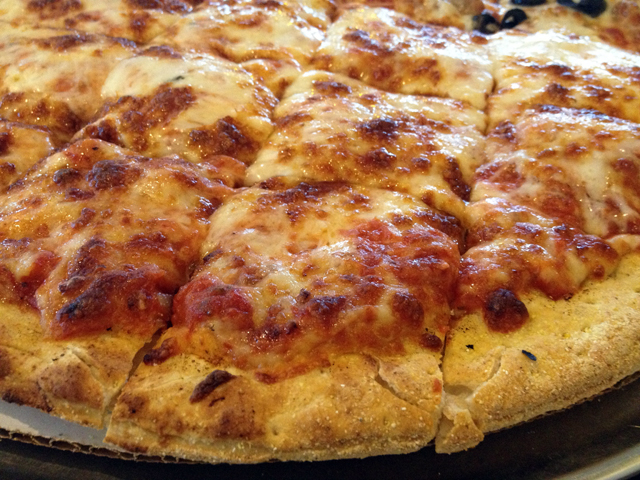 In a pretty unassuming building, with a pretty modest dining room, Luigi's dishes up really good thin crust pizza, with a wide variety of toppings. The cheese is just salty enough, the sauce is sweet and tangy, and the sausage has a bit of spice.

The dough seemed a tad overworked and chewy, which prevents me saying the pizza was absolutely amazing, but it was otherwise top-notch.

The same could be said about the odd peanut butter and jelly pizza, at which we initially scoffed. But we decided to try it and when it came, piping hot, we found it to be sacrilicious. Our kids, perhaps surprisingly, refused to touch it. Warning: if you order it, go slowly, as the hot jelly can wreak havoc on the roof of your mouth if you dive in too quickly. 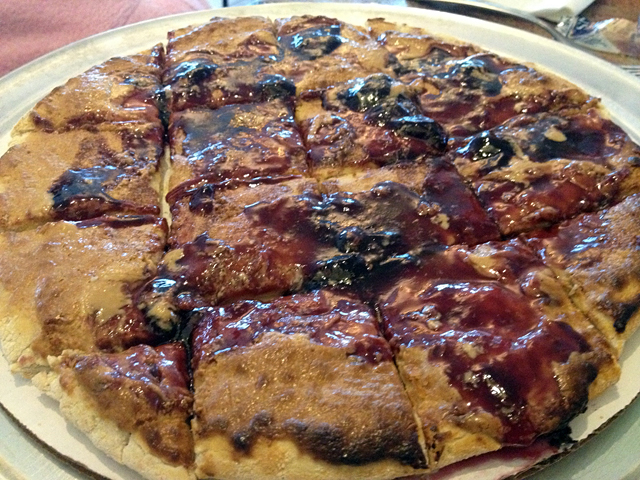 One of us is a big fan of gnocchi (well, more than one of us, but one is on a gnocchi jag lately) and opted for the gnocchi on the kids menu, which comes at a kids menu price (a steal at $3) but in an adult serving with a big plate of gnocchi, topped with a large tasty meatball and red sauce.

The problem with gnocchi is that so few places make a really, really good example – pillowly soft and light with a subtle flavor and smooth texture. Alas, these were not that (to be fair, places that charge 10 times as much also very rarely get it right). 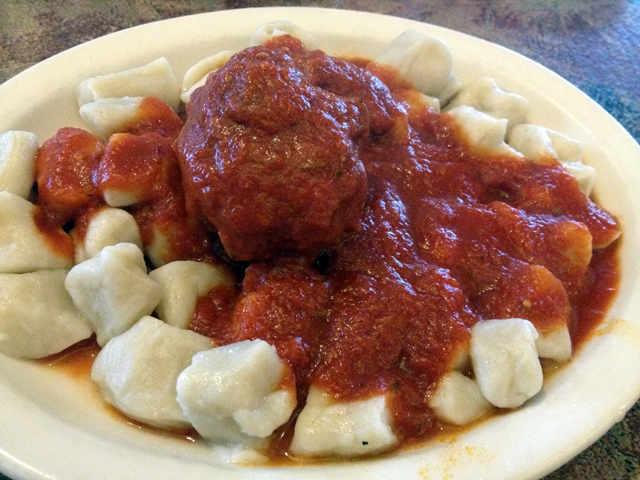 While I can't say for sure that these were of the pre-made and packaged variety – they weren't gnocchi shaped, lacking the not-optional fork ribs and thumb indentation for holding sauce – I'm fairly certain they were. Pre-made and packaged gnocchi is almost invariably bad.

Next time, I'll try the smelt dinner with the mojo potatoes – wedges that are breaded and cooked in the chicken broaster.

In short, Luigi's pizza is quite good – PBJ pizza is interesting and delicious, if unusual – but I don't recommend the gnocchi (which, to be fair, is true about almost all restaurants in the United States, except Barbetta in New York City; Milwaukee chefs can choose to take that as a challenge if they're so inclined).

But, now it's your turn, Kenoshesi. Is Luigi's the best? If not, who has Kenosha's best pizza? School me so I can check it out next time.

And let me know, too, if any pizzeria in Kenosha, has wallpaper even half as cool as the Grand Canal wallpaper at Luigi's... 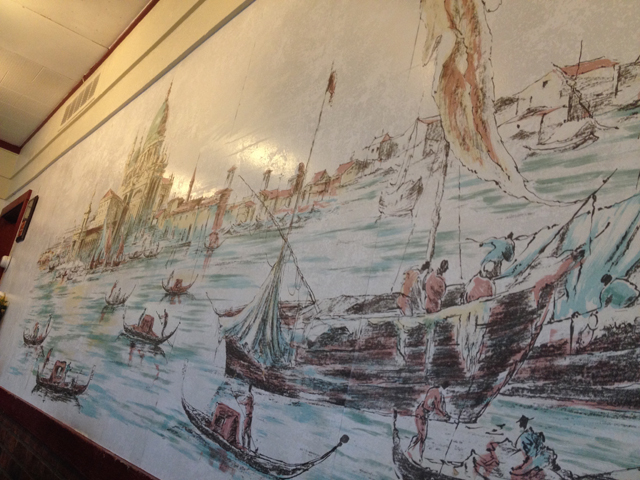