Last week, my kids hit me with a flurry of questions about the Milwaukee County Zoo, a place we know pretty intimately after years as card-carrying members.

Despite their pint-sized-ness, they can pretty much tell you where any animal lives at the zoo and where the concessions are, what the train schedule is and all about the ups and downs of the play area.

But still, there’s always more to know about the zoo, and they wanted me to find out. So, I directed their queries to Jennifer Diliberti-Shea, public relations coordinator for Milwaukee County Zoo, and she came back with some answers:

Where do the ponies go in winter?

Our ponies come to us from a separate company called Patch 22. The ponies reside at the barn and pastures of Patch 22, in Wadsworth, Illinois, until they return to the zoo in the spring.

Why are there now six giraffes?

We have six giraffes now because we had two births in the last couple of years – a male named Tafari and a female named Zola. Both of these youngsters may get new homes at other zoos so they can start families of their own!

What is happening at the wolf area?

The wolf area will become part of a future home for our elephants. Our 17-year-old wolf, Nikan (pictured below), has been relocated to an off-exhibit area where he is receiving excellent care and has access to a warm barn and outdoor areas. 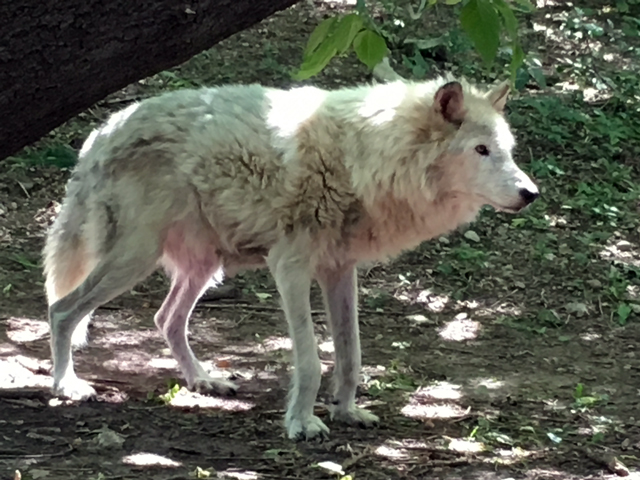 Has an animal ever escaped?

Although extremely rare, we have had animals get out of their enclosures. The zoo staff regularly practices "Animal Escape Drills," so there is a very detailed plan in place should this occur, to make sure all of our visitors and staff would remain safe.

Why don’t the peacocks make a run for it?

We have about 50 peacocks that roam the zoo freely. Because they know they get food here and have shelter near our buildings and in the woods, they do not wander off our grounds.

Do animals ever fall into the moats?

Again quite rare. Some animals might go into the moats accidentally, but there is a net in the moats to catch them if they fall. The moats have steps and/or access ways should an animal land there, so the animal can walk out on their own – which our zookeepers would encourage them to do through food treats and training. 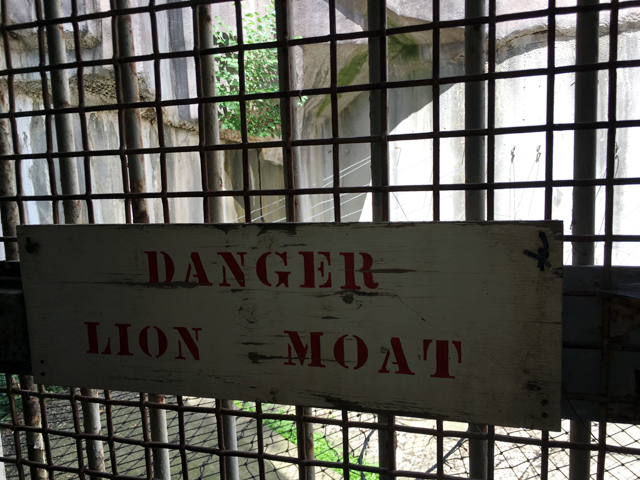 How does the zoo figure out how wide the moats have to be?

Moat sizes depend upon the animal’s jumping ability (both down and across) and basically our animal staff’s general knowledge about what the animals’ capabilities are for making it across a separation moat.

Does it stress out the prey to have the predators so close all the time? Do the predators get frustrated by seeing prey so close that they can’t get to?

What are the bleachers for outside the fish building? We never see anyone there. 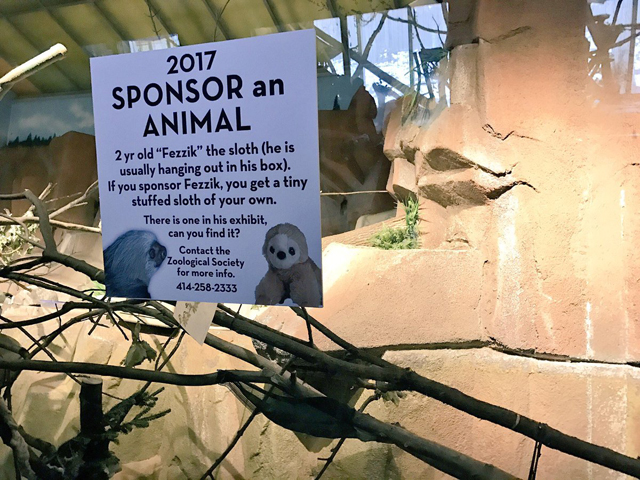 Why did you replace the otters with a sloth?

Unfortunately, our river otters, Oscar and Buddy, passed away not too long ago – they had been here since 1999. So, we decided to move our new sloth, Fezzik, into this fairly large exhibit.

You like beer gardens in the Parks? Next up is a Bear Garden at the Zoo