The Milwaukee County Zoo announced a cuddly infusion of tiny feline cuteness on Wednesday, revealing that three Siberian tigers were recently born. The cubs, who are not yet named, were born Sept. 14 to mother Amba and male Strannik, both of whom are 13 years old.

The cubs, who are not yet named, were born Sept. 14 to mother Amba and male Strannik, both of whom are 13 years old. This is the second litter for Amba, who is considered an older mama tiger, and the fourth for Strannik. As of Sunday, the three cubs' weights were 5.6 pounds, 5.9 pounds and (a whopping) 6.9 pounds; they are weighed every few days to monitor their maturity. According to zookeepers, all three cubs are healthy and growing quickly.

Amba and the cubs won’t be on public exhibit for several weeks, presumably as they grow and develop and nurse and stretch and yawn and cuddle and do all sorts of other unbearably adorable baby-animal things. 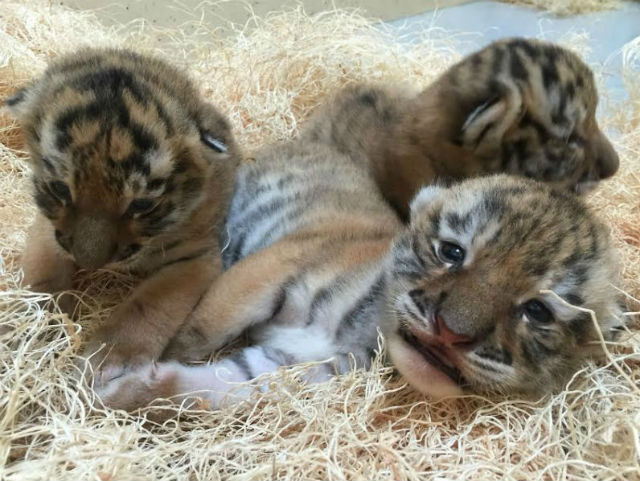 The last litter of tiger cubs born at the Milwaukee County Zoo arrived in 2009, and female Tula still remains.

The cubs are currently living on a nest of wood wool – curved, soft wood shavings – in a private den, where they nurse from their mother six to eight times a day. According to the Zoo, their immune systems are developing and they're learning to get their legs under them. At about 3 weeks old, they're expected to start walking. The cubs' eyes are now open but not yet focusing.

Besides a video monitor, the cubs are regularly checked on by staff through in-person viewing. Over the years, through "positive reinforcement training," the Zoo said, a trusting relationship has formed between Amba and the keepers. On a regular basis, zookeepers provide training – whether for medical, emotional or physical needs – for the animals in the Big Cat building. It was through those efforts that keepers and veterinary staff were able to ultrasound Amba to confirm her pregnancy in the weeks before she gave birth. 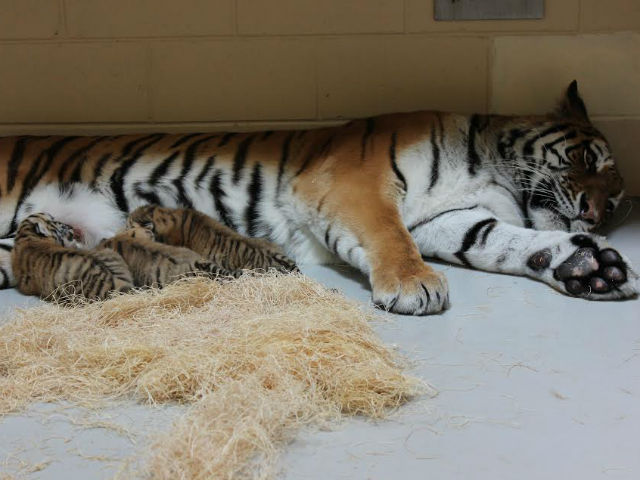 Strannik, the male Amur tiger whose name is a Russian word that means "pilgrim," was acquired from the Toledo Zoo in March with a recommendation to breed with Amba.

When the cubs are ready to make their public debut, the Milwaukee County Zoo will have a public announcement. In the meantime, fans are invited to view its Facebook page for updates, photos and videos of the new tiger family. According to public relations staff, at this point the Zoo is not sure whether it will ask for the public's help in naming the cubs or if keepers will name them.

Endangered in the wild, tiger populations in Asia now number as few as 3,200. Siberian tigers – also known as Amur tigers for the mountain region in the Russian Far East where they are naturally found – are especially threatened, as statistics suggest less than 500 of the subspecies remain in the wild. For more information on current conservation projects involving the animal, visit the Tiger Conservation Campaign's website.

The Milwaukee County Zoo participates in the innovative Prusten Project, which monitors tiger vocalizations and results in a "more efficient and less disruptive census of critical populations of wild tigers." For information on this program, visit the Prusten Project's website. 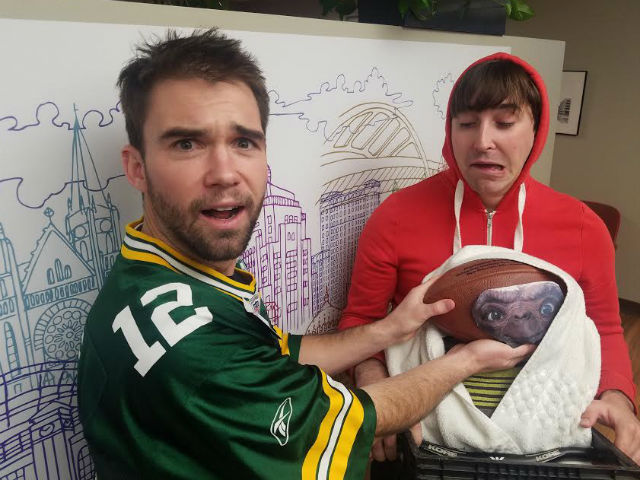 So, what do you think the tiger cubs should be named? And just how adorable are they?!

You like beer gardens in the Parks? Next up is a Bear Garden at the Zoo