The sprawling home that Montgomery Ward heiress built along Lac La Belle in Oconomowoc in 1928 was listed for sale at $3.1 million. News has emerged that someone from Waukesha County has taken the plunge and purchased the French Provincial palace.

Back in June, there were media reports that an offer had been made on the historic Knollward Mansion, at 800 N. Lake Rd. on Lac La Belle in Oconomowoc.

The names of the new owners – David and Marie O'Brien – were finally made public in a Lake Country Now post nearly two weeks after the July 24 closing, laying to rest rumors around Oconomowoc that said the home was purchased by Pewaukee's T.J. Watt, a former Badgers football star now with the Pittsburgh Steelers and the brother of NFL players J.J. and Derek Watt. 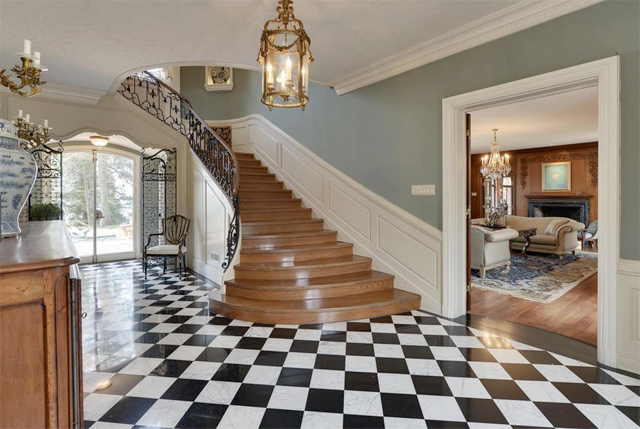 Shorewest said the sale is the highest-priced ever on Lac La Belle. 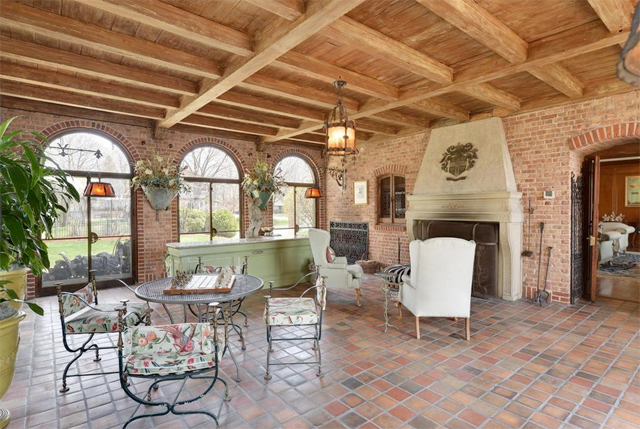 The home was built by Marjorie Montgomery Ward Baker, who was the orphaned niece and adopted heiress of Montgomery Ward catalog mogul Aaron Montgomery Ward. The Chicago-based Montgomery Wards were just one of many well-heeled families who built sprawling summer homes on Lac La Belle and, indeed, other Wisconsin lakes, most notably Lake Geneva. 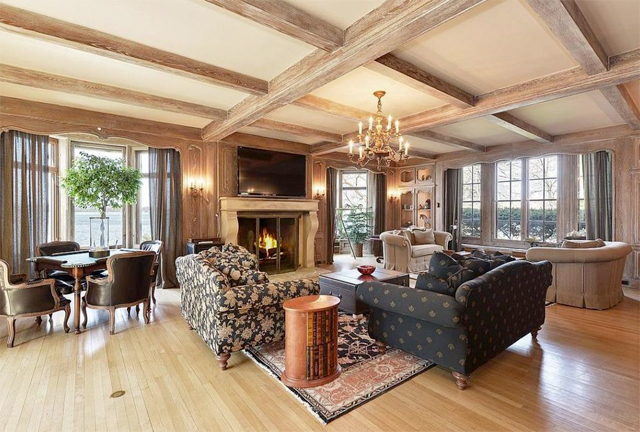 Montgomery Ward Baker tapped Milwaukee architect Thomas Van Alyea and Brew City artist George Spinti III to create the astonishing French Provincial showplace, the 15,222-square feet of which cover 30 rooms, including eight bedrooms and 15 bathrooms – that’s nearly two bathrooms for every bedroom! One of the lounges had a bathtub for the owner’s dog.

Here are but two of the loos: 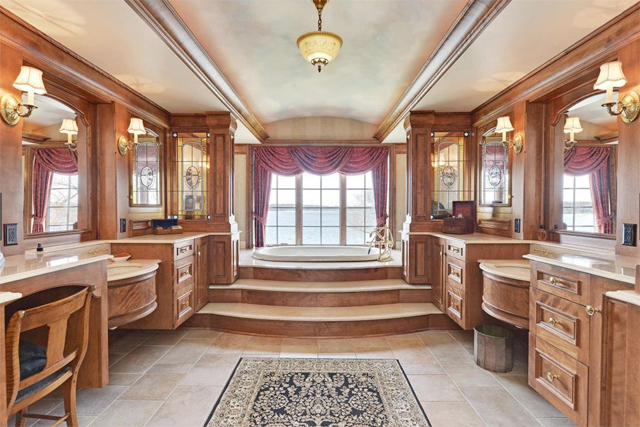 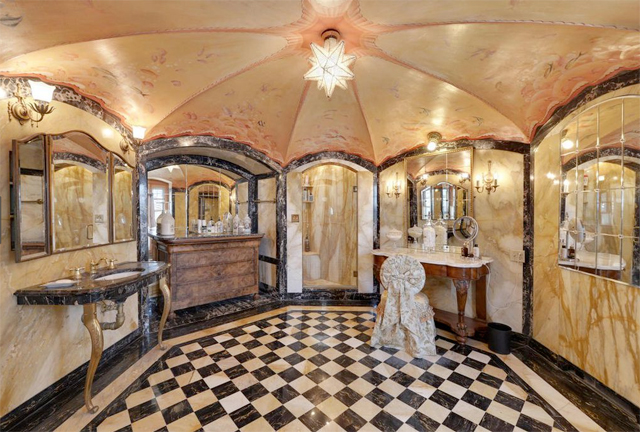 According to Shorewest, two of the bedrooms are part of a separate, but attached apartment.

The property also has a rather modest – considering the number of bedrooms and WCs – four-and-a-half-car garage.

"Among the conventional signs of wealth favored at the time are an ornate limestone portal; an airy foyer with a grand staircase, crystal chandeliers, and a marble checkerboard floor; and a walnut-paneled living room with hand-carved garlands, a black marble hearth, and generous French windows," noted the Wisconsin Historical Society in its Architectural Inventory record for the property.

"These contrast with a garden room, rustically appointed with brick walls, a tile floor, and a cypress-beamed ceiling. In the 1932 addition, a grand library features not only oak pocket doors, enclosed bookcases, and a huge fireplace, but also a view of Lac LaBelle. The Bakers followed fashion in having a basement party room (called the "Zebra Room" for its jungle-scene murals) and a frescoed oval breakfast room. The marbled bathroom, with gold plumbing and a marine motif, included a special bathtub for Marjorie’s dog." 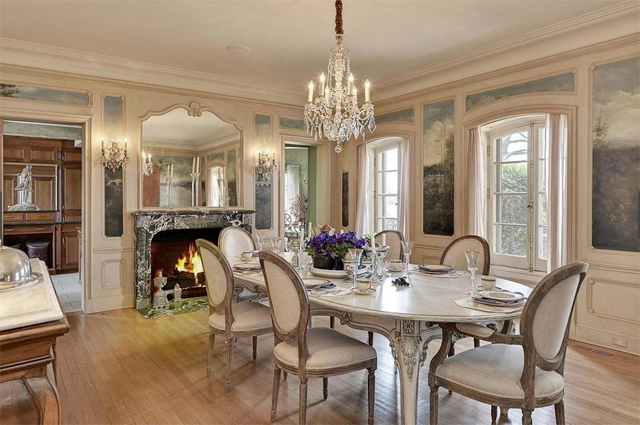 Iron work in the home has been credited to Cyril Colnik, and the basement has a Zebra room covered in jungle-themed murals based on Montgomery Ward Baker’s favorite nightclub, New York’s El Morocco.

Montgomery Ward Baker died in 1959, and in 1962, the mansion was converted into a retirement home.

In the 1990s, new owners Steve and Carol Millen restored and renovated the mansion, including refinishing nearly 9,000 square feet of hardwood and marble floors.

"I'm very excited that Shorewest Realtors had the actual buyer who purchased the property," said Shorewest's Tomlinson. "I have been working with the buyers since about a year and a half ago.  The buyer selected this property because they loved the history of the property, the frontage and the gorgeous sunsets this home has to offer."