In a hidden corner of Slinger, concealed behind the local high school and only accessible via a dead­ end street, is a little­-known historical site. Strewn across a small field, in resemblance to some apocalyptic wasteland, are bodies of dead cars. Now home to Blaine's Auto & Truck Parts, this location was once the base of operations for the Storck family brewery, a business which had a great impact on the community of Slinger.

Recently, Bobby Tanzilo was introduced to Paul Walker and the Slinger Future Authors' Camp. They were inspired by Bobby's Urban Spelunking series and decided to do their own "Suburban Spelunking" in some notable Slinger spots. The middle and high school students then wrote about the locales, with the best pieces making their way here on OnMilwaukee.com. Here's one of the chosen pieces:

In a hidden corner of Slinger, concealed behind the local high school and only accessible via a dead­ end street, is a little­-known historical site. Strewn across a small field, in resemblance to some apocalyptic wasteland, are bodies of dead cars. Now home to Blaine’s Auto & Truck Parts, this location was once the base of operations for the Storck family brewery, a business which had a great impact on the community of Slinger.

The brewery was formed over one hundred years ago, back at a time when the Village of Slinger was still called Schleisingerville. Storck was supplied by local businesses and was renowned by people around the country. In the words of Ken Blaine, owner of the business occupying the location today, it was a "city within itself." 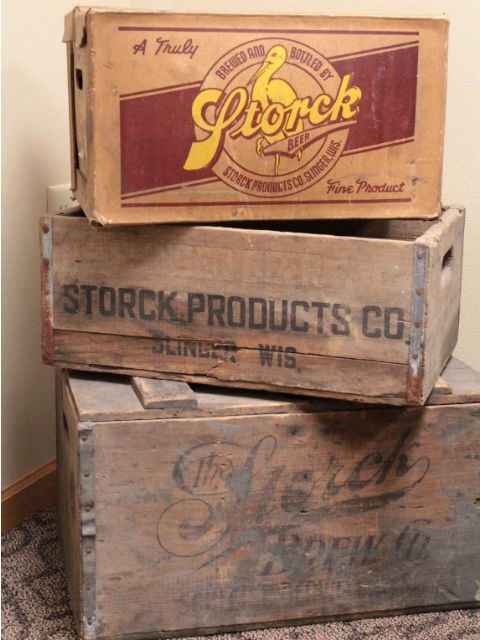 The company managed to survive through Prohibition in a creative way: by selling ice cream. Children would ask their parents to take them to the "former" brewery for an ice cream cone, and the parents wouldn't refuse. While the facade of an ice cream business was maintained in front, at the back, another very different business was taking place. Parents could come to a back room, where the brewery was still operating.

Also during this time, the brewery/ice cream shop was taken over for three weeks by mobsters from Chicago, who made the facility into a distillery for hard liquor. They left abruptly and restored the brewery to its former state.

After Prohibition, the brewery was brought back, this time no longer operating under threat.

Today, the main building still exists, although it has been modified to suit Blaine's purposes. Foundations are all that remain of several of the original hand­-built buildings; the bricks used to build these structures now make up the entrance to another local building, St. Peter’s Catholic Church.

As Blaine took us on a tour of his business, we not only got a glimpse into Slinger's past, but we also gained insight into an important but often unrecognized line of work: operating a salvage yard. 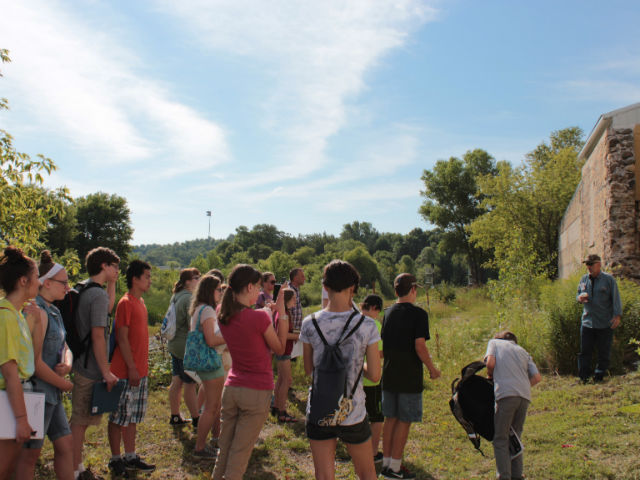 Blaine's career in auto parts began in racing, which he explained the ins and outs of while showing us around the remodeled portion of the building. Next we moved to the parts room, which once was home to the main brewery at Storck, but now houses a large portion of Blaine's inventory. Each part was methodically placed, tagged and computer indexed in order to make finding the products simple.

Outside, we were able to see the closed­off chute that formerly had been used to load wagons with beer. We followed Blaine out to the salvage area, where he told us about the true value in the broken cars laying next to each other in rows. Several years ago, teenagers broke in, armed with stones, and broke the windows in all the cars there.

They believed the cars were simply junk and that it wouldn't make any difference. This was not the case, however, as each broken window was another window that couldn't be sold, and another glass­filled seat that no one could sit on. Blaine went on to demonstrate what had happened, while giving a lesson in glass types, by having two of our camp members attempt to throw stones through the front, back, and side windows of one of the cars.

Blaine has done more than make a business salvaging old cars; he’s helped to preserve the land and heritage of a once integral part of the Village of Slinger, passing that history on to the people of today. The Storck site has changed drastically over the years. but one thing has stayed constant: This is and has been an important area for Slinger, and no doubt will be for some time to come.