Kopp's has launched its first new burger in ... perhaps as many as 67 years. And it promises to be quite the cheese and onion-laden masterpiece.

Kopp’s has launched its first new burger in … perhaps as many as 67 years. And it promises to be quite the cheese- and onion-laden masterpiece. 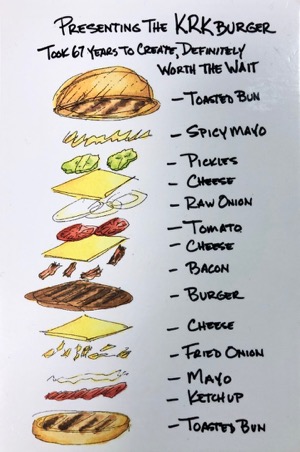 A postcard being handed out at Kopp’s locations has a note about the new burger.

"Presenting the KRK Burger: Took 67 years to create, definitely worth the wait."

On the flipside, it also showcases a poem of sorts, written in what appears to be Mr. Kopp’s script. 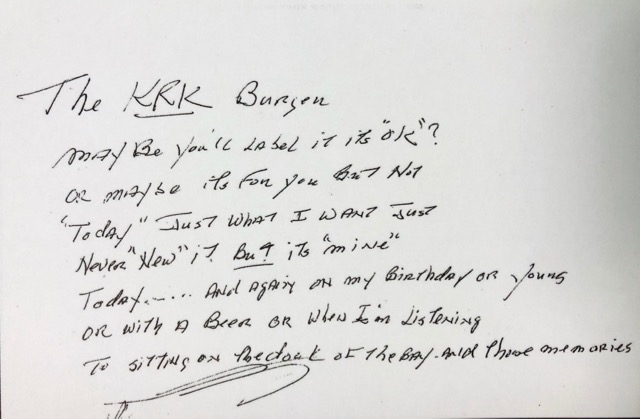 The KRK Burger
Maybe you’ll label it it’s "ok"?
Or maybe it’s for you, but not
"Today." Just what I want, just
Never "new" it. But it’s "mine"
Today… and again on my birthday or yours
Or with a beer or when I’m listening
To "Sitting on the Dock of the Bay." And those memories.

Kopp’s Custard locations in Brookfield, Glendale and Greenfield are open daily from 10:30 a.m. to 11 p.m.