You might miss it if you aren't looking. After all, Vientiane Noodle Shop is marked by little more than a green awning and a simple neon sign which declares its name, an homage to Vientiane, the capital city of Laos. Unsurprisingly, it's the Lao cuisine within that makes it worth your while to visit.

You might miss it if you aren’t looking. After all, Vientiane Noodle Shop is marked by little more than a green awning and a simple neon sign which declares its name, an homage to Vientiane, the capital city of Laos. 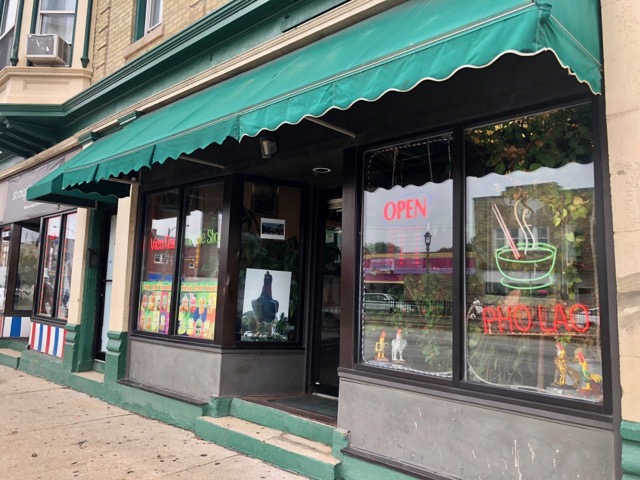 Unsurprisingly, it’s the Lao cuisine within that makes it worth your while to visit this Silver City gem.

Although it shares similarities with the cuisine from neighboring countries, including Vietnam and Thailand (both of which are lauded with far more fanfare in terms of cuisine) – Lao cuisine bears its own distinctive style, however subtle. Thanks to condiments like padaek (Lao fish sauce), the cuisine is laden with umami. It can also be fiery, thanks to the liberal use of chilies; but in most cases dishes are less rich and sweet than their Thai counterparts.

The printed menu at Vientiane Noodle Shop is bereft with dishes one might immediately associate with Thailand, including staples like pad thai and pad sieew, both of which are offered as lunch specials on weekdays for $7.99. There’s also papaya salad. And there’s warm, comforting pho, the noodle-based soup most commonly associated with Vietnam. 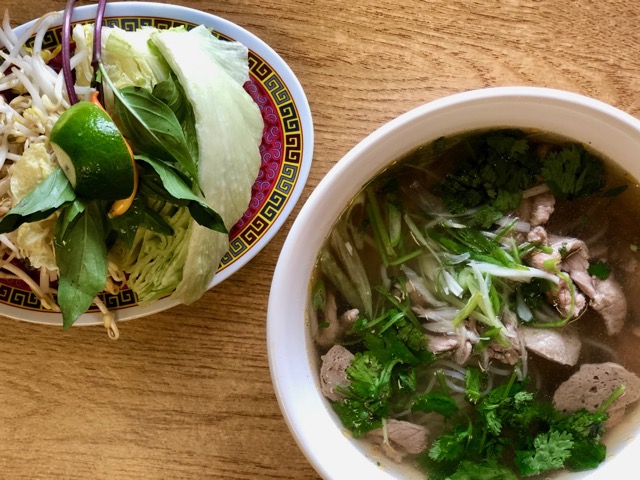 But, despite common assumption, many of these dishes actually have origins in Laos. Even dishes common to both countries tend to harbor distinctions, some more subtle than others. Take for instance the tom yum soup which is served devoid of coconut milk. The creamy element is an addition in Thailand (and you can order your soup with or without); but the latter is more common in Laos.

The beautiful thing about Vientiane Noodle Shop is that a fair part of their menu highlights dishes that are staples in Lao cuisine. And a meal there will introduce you to a bevvy of wonderful new dishes you’ve likely never tried.

The first thing to note is the importance of sticky rice (khao niaow), a starchy addition which typically accompanies every Lao meal. You’d be remiss not to order a bowl (if it doesn’t already come with your food). The pearlescent, medium grain rice is soft and just sticky enough that you can form a small mound between your fingers and use it to scoop up bites of your meal or even to soak up the remainder of a dish’s fragrant sauce. And that’s all part of the fun.

Among the Lao dishes ready and waiting to be tried are shareable snacks like crunchy fried quail, which is served in halves with a sweet chili sauce. There’s also delicious Lao beef jerky, a sweet and salty nosh that (like most jerky) is far tastier than it might appear. It's also unexpectedly tender. In fact, if you’re a fan of barbecue, its texture isn’t unlike that of burnt ends. 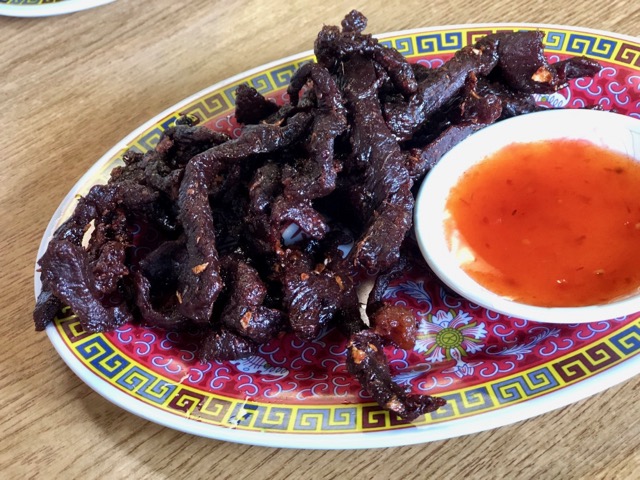 Among the must-try gems is the housemade Vientiane sausage (sai oua). It’s a textural explosion, with a deeply crisp fried exterior (you’ll want to fight over the end pieces) and a juicy, almost springy interior that possesses a deep, porky flavor enhanced by bright citrusy lemongrass and vegetal notes of dill weed. 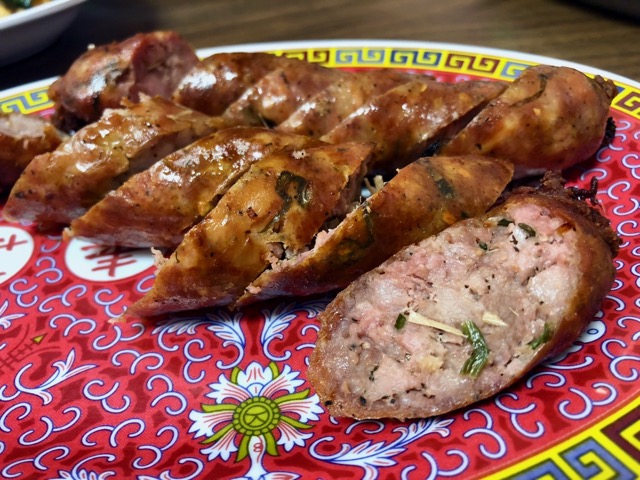 Among the fairly large selection of noodle soups you'll find a Lao treasure: khao poun, a traditional soup commonly served at weddings and festivals. It showcases a mild but fragrant red curry broth rich with lemongrass and lime leaf. Vientiane's version is served with rice noodles and is available with either chicken or oxtail. 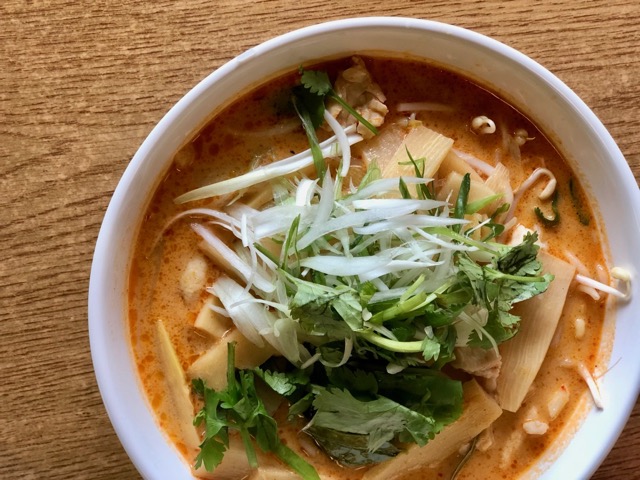 Another can't-miss dish is the pad burapa, a virtual rainbow of green and red peppers stir fried with your choice of meats, onion and plentiful leaves of licorice-tinged Thai basil. Its sweet umami-laden sauce is both herbal and picante with a slight heat from jalapeno peppers, and it simply begs to be sopped up in a clump of deliciously sweet sticky rice and eaten out of hand. 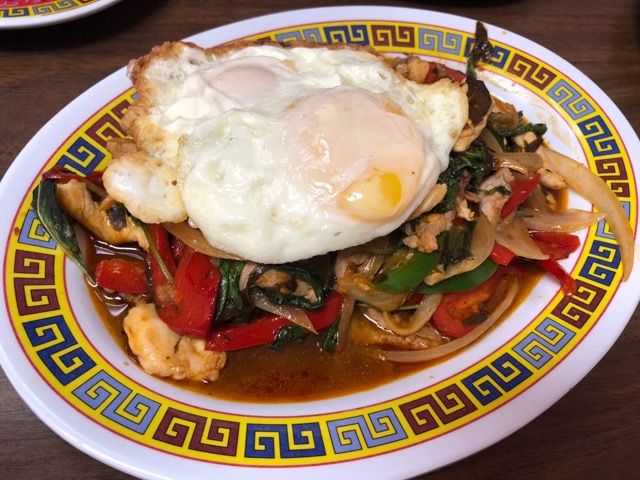 It’s likely to take you several trips to eat through even the highlights of the menu; but that’s the beauty of it. Vientiane Noodle Shop offers plenty of reasons to return again and again.