The patio at Leff's Lucky Town, 7208 W. State St., needs no introduction to folks familiar with Wauwatosa. In fact, it's become so popular that it's hard to believe it has existed for only 10 years.

The patio at Leff’s Lucky Town, 7208 W. State St., needs no introduction to folks familiar with Wauwatosa. In fact, it’s become so popular that it’s hard to believe it has existed for only 10 years.

Snaking along the east side of the tavern building, with a grassy patch and the familiar Leff’s sign, adjacent to it, the patio has a variety of seating, from two-tops and much larger tables that seat six, 10 people each. But they’re all close enough together that when the patio is rockin’ it feels like one big beer garden party with seats for about 50. 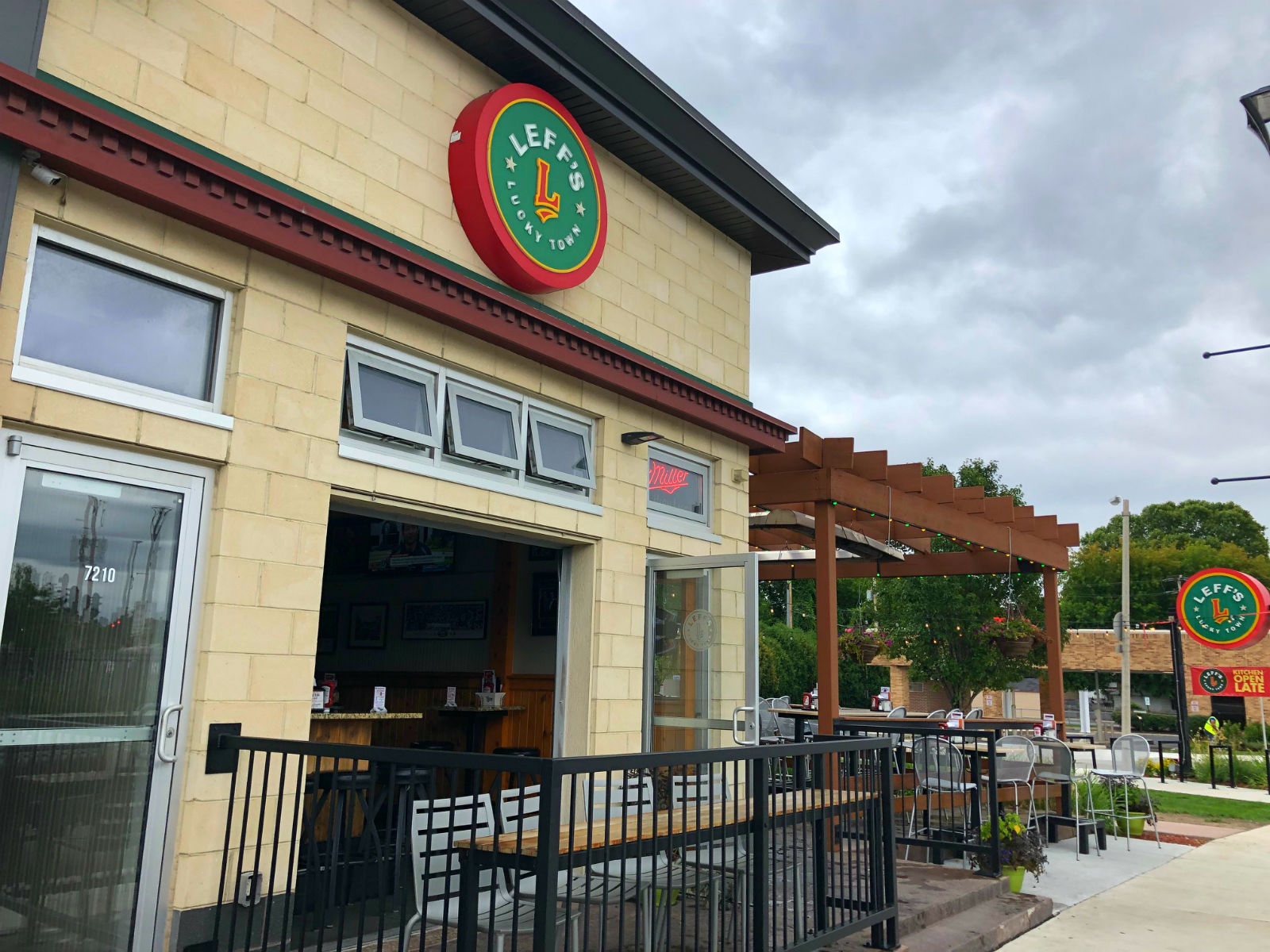 "Lunch has grown a lot since the patio went is," says Brian Weber, who handles marketing and other tasks for Leff’s.

"We have such a small window to enjoy the weather that people really want to sit outside as much as possible," adds Mike Szohr, who is owner Chris Leffler’s partner in Revere’s in Delafield and a new restaurant called The Hot House Tavern that they expect to open by autumn in a former Menomonee Falls firehouse and city hall.

At lunch or dinner, or anytime between, patrons can choose from a long list of beer in cans and bottles and perhaps a dozen more on tap, along with a full dinner menu – wings, burgers, sandwiches, etc. – that is available at lunchtime, too, along with a short list of rotating lunch specials.

There’s also a monthly burger special, with some portion of the proceeds benefiting a local nonprofit. When I visited, the burger was the Tosa Skateboarders United’s TSU360 Burger with mesquite seasoning, habanero-infused chimichurri, queso fresco, lettuce and tomato on a toasted brioche bun.

Sales of the burger – which, like all Leff’s meat, comes from Bunzel’s on 91st and Burleigh – were helping to complete an addition to the Tosa Skatepark across the street in Hart Park. 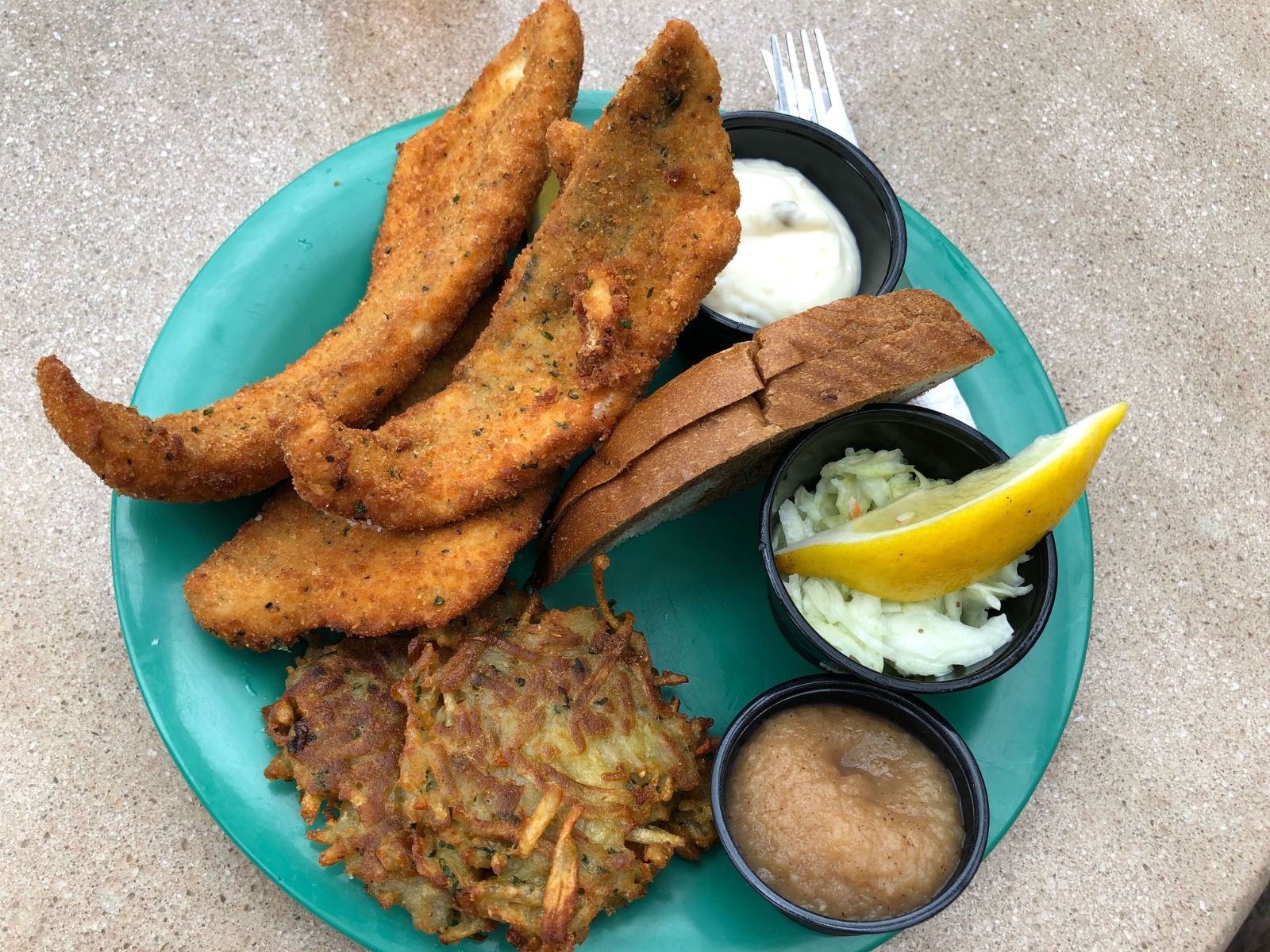 But I didn’t have the burger. Instead I opted for the fish fry, because my server told me that while the Leff’s fish used to come pre-breaded, the restaurant now breads its own fish to order and makes its own potato pancakes, too.

How could I resist?

What I got for $13 was three big pieces of perfectly breaded and flavorful perch, two potato pancakes, bread, cole slaw and tartar sauce.

Bringing the fish fry prep more in-house is a step into the future according to Szohr.

"We had our chef from (Revere’s) come up with a recipe that we could use here," he says.

"Our challenge has been that we have a really small kitchen. So we’ve had to balance what we want to do with what we’re able to do in terms of food. But now we’ve got a plan to expand the kitchen and add a party room off the back."

Leff’s has purchased the adjacent property to the north to make room for the expansion.

"It’ll change the vibe a little bit because we hear a lot of people say, ‘ I love watching your guys in the kitchen crank out the food,’ but it’ll allow us to do more," says Szohr. 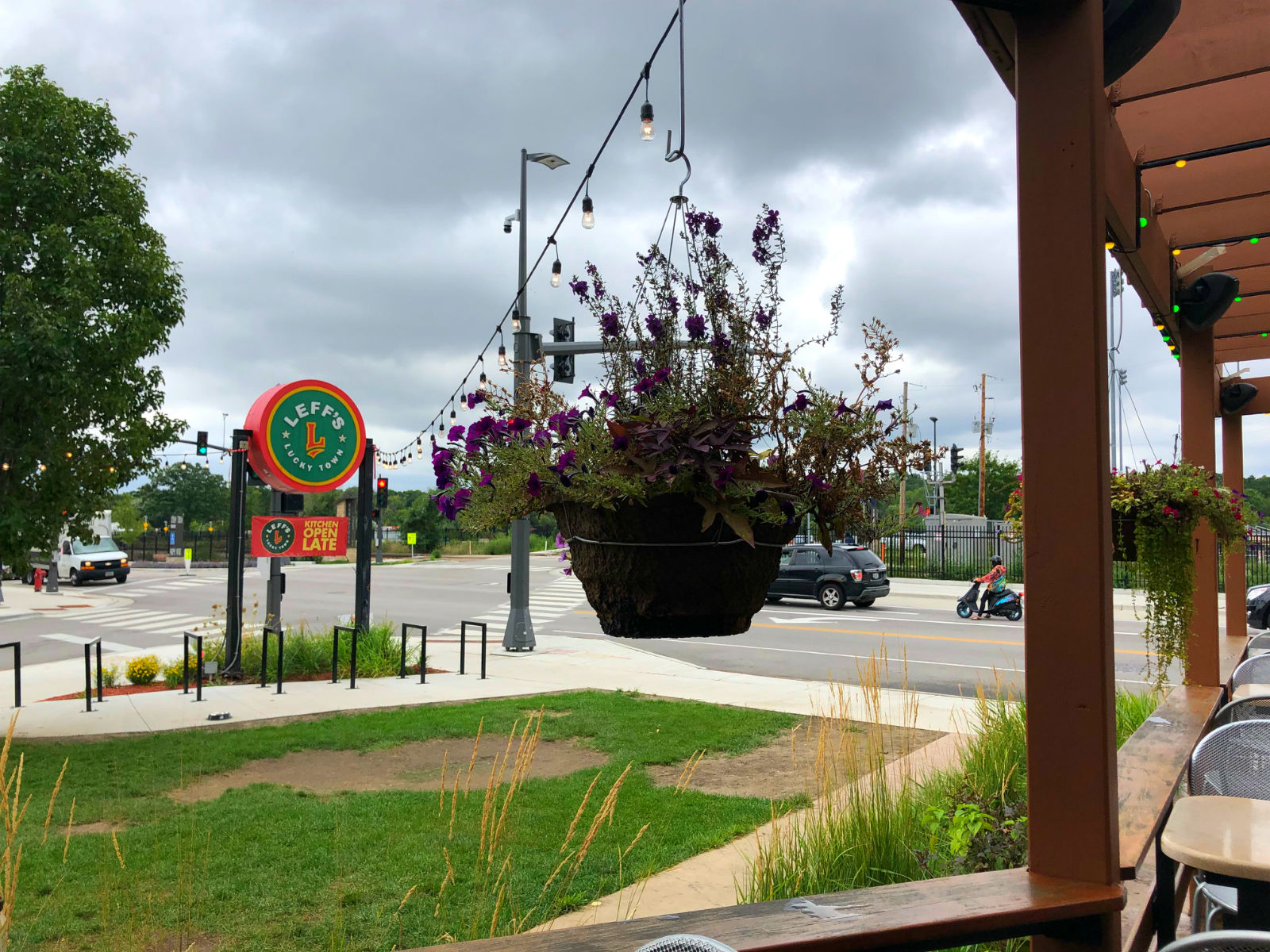 Change has been something of a constant at the Leff’s site, which began life in 1911 as the Wauwatosa Theater Delight, a silent film house that cycled through a number of names – including the Cozy, Mystic, Princess and Unique – during its roughly 12-year lifespan, before becoming, some say, a shoe store fronting for a Prohibition-era speakeasy and, later, a pool hall.

After repeal, the building became Gregory’s State Tavern and starting in the ‘40s it was the domain of Carroll "Cutt" Swittel, whose family also owned Swittel’s, on the corner of 68th and State, for many years.

Swittel, whose name appeared often in local newspapers thanks to his skill in a wide variety of sports, from golf to bowling to curling and beyond, continued to run the place until his death in 1980 and the tavern even outlasted him.

This despite his nearly losing his license in 1973 when 60 neighbors showed up at the renewal hearing to say that the bar had become the domain of noisy 18-year-olds who urinated on neighbors' lawns, stole gas from the nearby service station and pelted passing trains with rocks.

Later, it morphed into Nicky’s on State Street and then, in 1995, to Leff’s Lucky Town, named in part for its owner and in part for the title track from a 1992 Bruce Springsteen record. 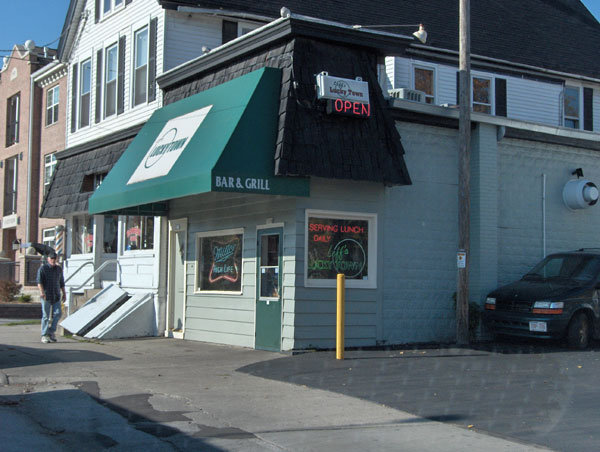 Leff's, before (above) and after (below) expansion. 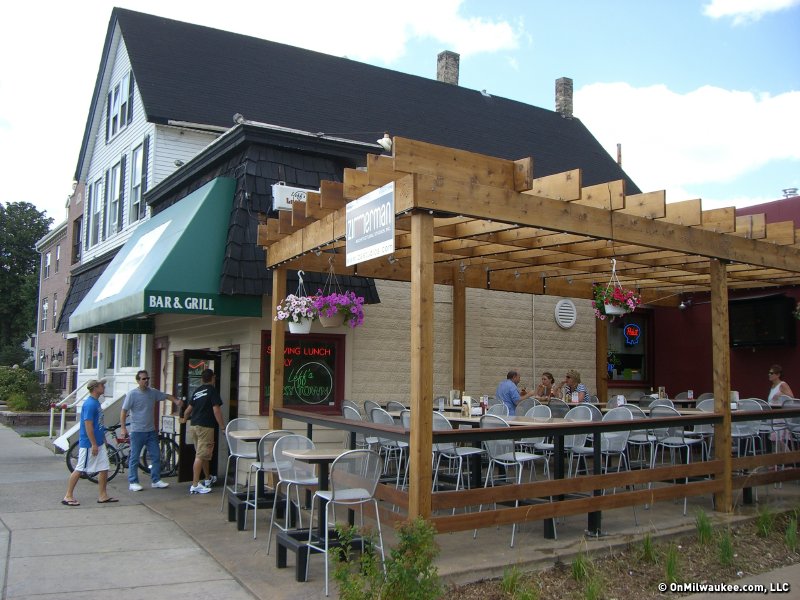 In 2009, Leffler bought the gas station next door – which had been Reinke’s service station from at least the late 1930s until it closed more than 60 years later – and turned the building into a Leff’s addition, adding the patio and grass.

Drawn by the Zimmerman Design Group, the addition also added a bar, dining area and bathrooms.

But Leff’s isn’t the only thing that’s changed in Tosa over the past decade, during which time the nightlife scene in the Village has boomed.

"It’s really amazing what’s happened here in Tosa," says Szohr. "There is so much going on. The street (construction) was a challenge last year but we knew it was coming and we prepared for it.

"Now it all looks great, in the Village and at the field (and park). There’s new places like Kin (By Rice N Roll) and The Colour Palate. We see a lot of people who aren’t from Wauwatosa now. Maybe they come to Eddie Martini’s or Bartolotta’s and take a walk, maybe have a drink somewhere else: here of Colonel Hart’s or Lucky Joe’s. You want a concentration of places (to draw people) to make it a destination."