7 photos from the opening of the airport's new Leinie Lodge

What better place to be reminded that it's noon somewhere than at an airport? That's the hope with the new Leinie Lodge, a small but sufficiently sudsy watering hole that opened up this morning inside General Mitchell International Airport.

What better place to be reminded that it's noon somewhere than at an airport? That's the hope with the new Leinie Lodge, a small but sufficiently sudsy watering hole that opened up this morning inside General Mitchell International Airport.

The shop offers two self-serve beer taps, currently featuring Leinenkugel's Summer Shandy on one and Leinenkugel's Red Pale Ale – which is only available in Wisconsin – on the other. Thirsty travelers first pay $6.99 for a cup, then fill it themselves at the fireplace-decorated suds station and enjoy it at some of the tables and bar stools surrounding the lodge. The shop also has a small menu of food items – including a burger, sandwich, panini and Usinger's sausage options – as well as several grab-and-go options.

The Leinie Lodge, named after the Chippewa Falls lake house owned by brewery founder Jacob Leinenkugel, can be found on Concourse D in the airport near Gate D43. Keep your eyes open for it next time you're headed in or out of town. As for now, here are some photos from this morning's maiden (beer) flight.

1. Dick Leinenkugel with some opening remarks 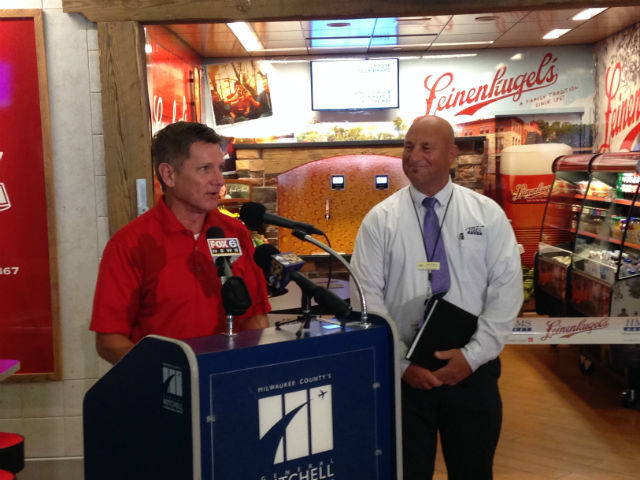 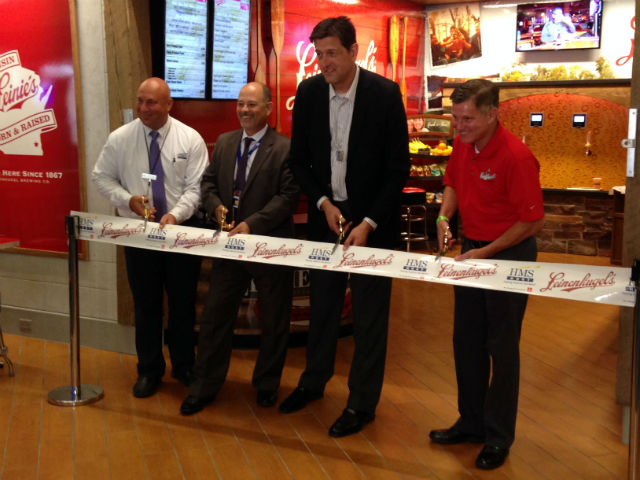 3. Welcome to the Northwoods 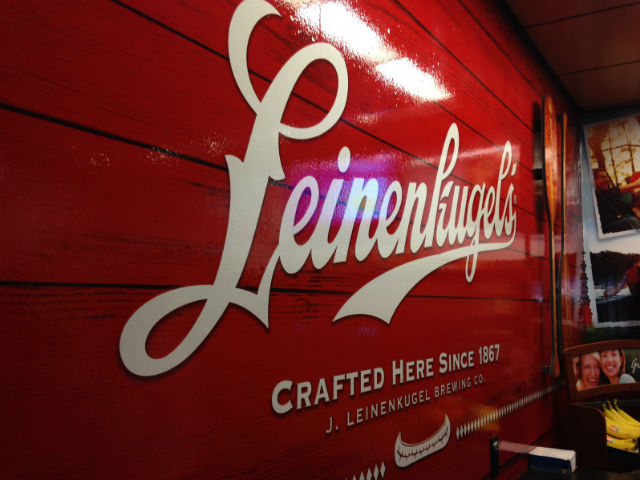 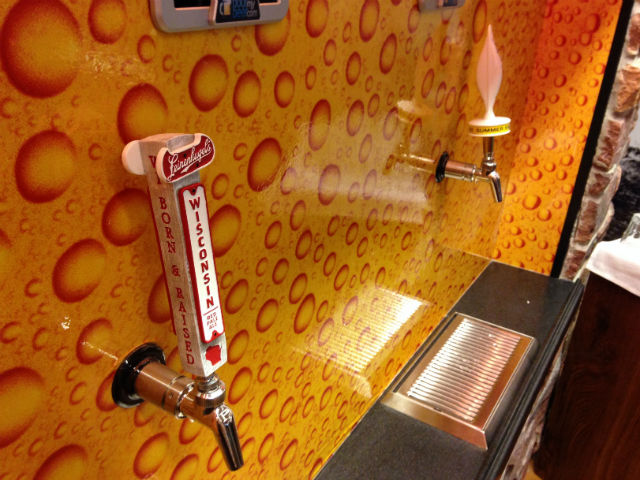 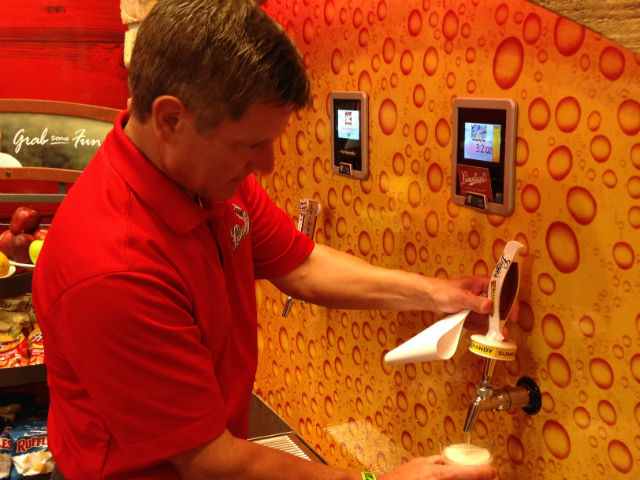 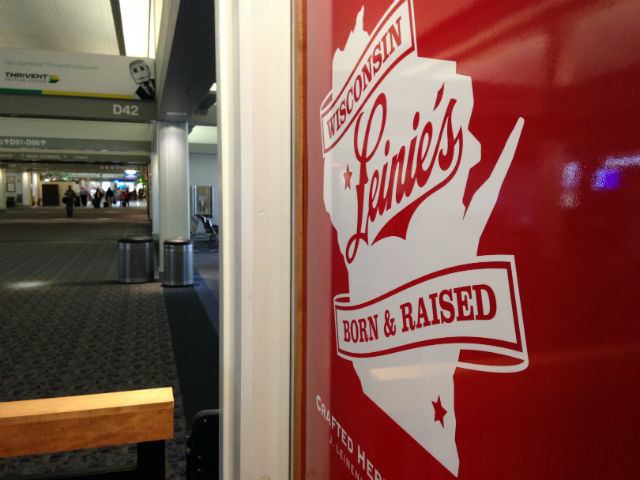 7. A cabin in the concourse 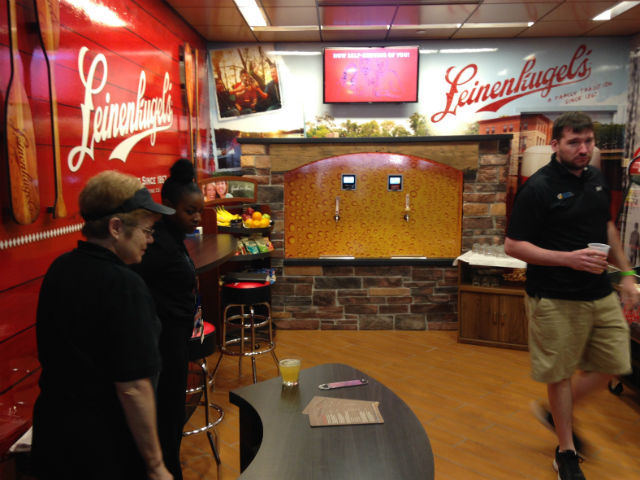