When we lived on the East Side, my husband John and I walked so much, we sold one of our cars. We walked Downtown, up to Whole Foods, over to the Milwaukee River and all the way to Marquette University where we both went to school. That changed when we moved to West Allis a year ago, but driving down Lincoln Avenue one day - the vibrancy of it all - convinced me to pick up the habit once more.

When we lived on the East Side, my husband John and I walked so much, we sold one of our cars. We walked Downtown, up to Whole Foods, over to the Milwaukee River and all the way to Marquette University where we both went to school.

That changed when we moved to West Allis a year ago. We bought a second car. I had to drive to work. We still walk, but only once a week – twice if we’re really lucky.

Last fall, I got a weeklong assignment to work as a substitute teacher in Bay View. Still not 100 percent familiar with our new neighborhood, I used MapQuest to find the best route there. Cross Miller Park Way, go straight east down Lincoln Avenue and make a right on S. Howell, it said. Easy enough.

The first day I drove all the way down Lincoln Avenue, I was taken with the vibrancy of it. It made me happy to see how it connected my new neighborhood to Bay View (via Café Lulu, thank you very much). As John and I explored it further, we got to know the funky intersection at Forest Home and how to navigate from there to South Muskego Avenue, the holy road to the European Homemade Sausage Shop.

It was a joy to drive through every day that week. I wanted to park my car somewhere on that stretch of Lincoln, get out and walk three or four miles like I used to.

I had to wait until the end of the school year to get around to it, but finally did last Saturday. I parked my car at 31st and Lincoln and headed east.

I passed San Raphael the Archangel Parish at 31st, followed by Wild Flour Bakery, whose stuff we used to buy on the East Side, at 28th. At 27th Street, music from cars waiting at the lights hits you like ten Conejitos' jukeboxes all at once. At 25th St., the top of the Basilica of Saint Josaphat crests over the horizon. 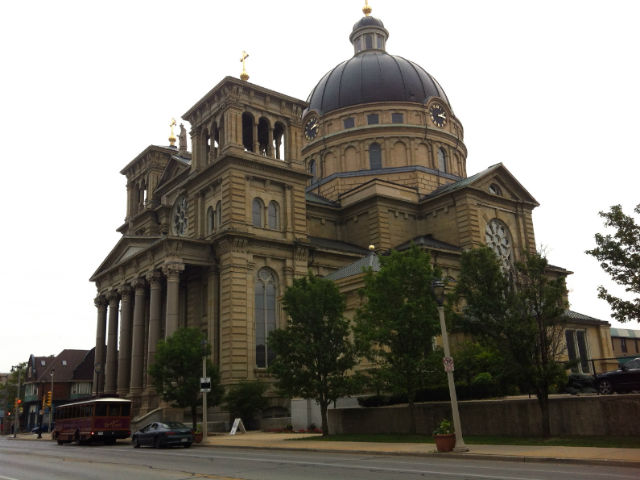 Men on lunch break crowd around a food truck outside the Forest Home Cemetery and across from the St. Vincent DePaul thrift store. Another man pushes an El Chavo cart, something I’ve always wanted to try but haven’t. At 20th Street, signs announce that you are in the Lincoln Village neighborhood now. Another declares that it is also a "Wisconsin Main Street Neighborhood."

"Se habla Espanol" signs hang outside of several businesses. Lovebirds squawk and carry on in the window of one house, and pots of flowers and ceramic butterflies cascade down front porch railings, spilling out onto ornaments all over lawns. There are white people, black people, Latino people, people old and young, many of whom are gathering at tables, under tents and alongside gas grills as big as our garage. I count seven yard sales all together. The centerpiece of one is a voluminous purple formal gown, strapless.

Motorcycles zoom up and down the street, as people rush in and out of Benny’s Pizza and Burgers. Kosciuszko Park is as green as green can be. A few doors down from Lincoln Art Pottery, I find the Basilica gift shop, The Li'l Friar.

"By the end of October, we’ll have 170, 180 nativity scenes for sale," says the shop employee. I tell her that my ex-husband and I didn’t fight over much when we split, but we did fight over a hand-carved wood nativity scene that he insisted someone in his family gave us and that I insisted someone in my family gave us. I acquiesced and let him take it.

I walk past a pretty garden with a fountain to the Old Town Serbian Gourmet House at 5th Street and turn back. On the way back to my car, I noticed that San Raphael crests over the horizon in the west the same way St. Josaphat crests in the east, a couple of bookends.

Along the way I meet a woman who grew up in the Lincoln Village neighborhood.

"Everywhere you look, you can still see evidence of its Polish roots," she says, referencing A&J Polish Deli, Stefan’s, and the Milwaukee Bicycle Company, all businesses that have been there since she was in high school. "In the '70s and '80s, African-Americans and Latinos began moving in, and today we’re a diverse neighborhood, with homeowners who take good care of their homes. It’s nice."

Halfway back to 31st Street and my car, John phones. "I’m done with my work and gotta get out of the house," he said. "Where are you? I’m coming to meet you."

On my way back, I stop at the food truck at Forest Home and buy two tacos. John drives us back into the heart of Lincoln Village to Durango Western Wear at 11th Street, where he snags a fancy jacket to wear when his new band starts playing out. 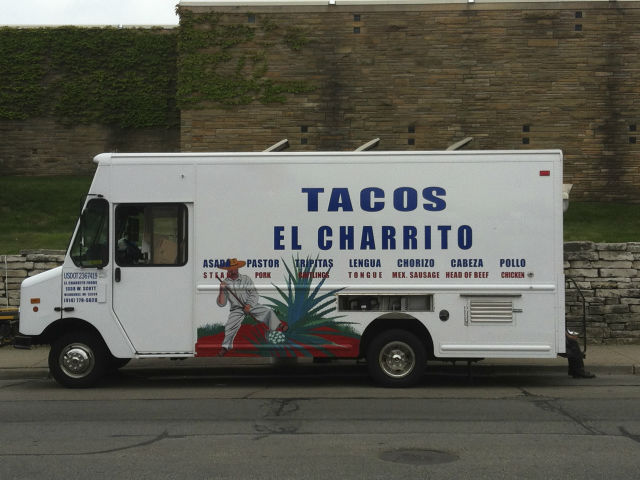 "Now all we need are some gigs," he says, handing over his money.

After that we stop by the Holler House at 20th and Lincoln and talk with owner Marcy, who’s 89 about to turn 90 she proudly tells us. The newest addition to the collection of bras hanging from the ceiling had just been relinquished that afternoon and is lying across the cash register until someone can get out the ladder. Bridal shower.

Someone John works with told him we have to check out 13th Street between Cleveland and Oklahoma sometime because it’s lined up one way and down the other with great shops and Mexican restaurants. In between conversations with Marcy, we decide to go see Fernando at Cielito Lindo in the Fifth Ward because it’s been a while, and we miss him and his salsa.

On the way, we see a mariachi band playing at a backyard barbecue. 13th Street, we’ll see you very soon.

Robin Graham Special to OnMilwaukee.com @grahamcrobin
Robin Graham's first paying writing gig was speeches for the product managers of Drumstick, Nestle Crunch and Butterfinger ice cream bars. Since then she's written speeches for CEOs, as well as multimedia and print in the corporate arena; she has also written for public radio. Robin began writing personal essays in 2012. You can read more of her work at her website, robin-graham.com.