For the third year, AARP has named its top 10 most livable cities in the United States by size and Milwaukee has made it to the top five among large communities (over 500,000 residents).

For the third year, AARP has named its top 10 most livable cities in the United States by size, and Milwaukee has made it into the top five among large communities (more than 500,000 residents). 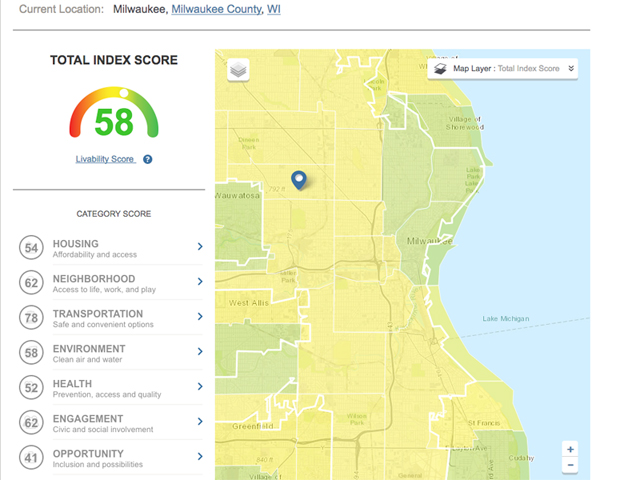 The site allows users to create more personalized results by adjusting the importance of individual categories. You can also compare locations and map data a track "livability progress" over time.

Wisconsin communities fared well in other size categories, too.

Despite the fact that the data was compiled by the AARP, the senior citizens’ group says the data tracks the livability of the communities for everyone.

"It turns out that many of the characteristics that make a community ‘livable’ are the same across all ages: safety and security, affordable and appropriate housing and transportation, and the ability to live near family and friends who can be relied upon," it said.

The communities on the lists were rated based on how they "are meeting the current and future needs of people of all ages."

You can see the maps, lists and data here.

Deer District: It's worth traveling for

Can you guess Milwaukee's most popular Lyft destinations?