Deer District: It's worth traveling for

According to Thrillist, Deer District is one of "America's Best New Attractions Worth Traveling For," along with a sprawling Kansas City distillery, the much-ballyhooed new Star Wars experience at Disney and the Shinola Hotel in Detroit, among other places.

What does Downtown Milwaukee’s new Deer District entertainment block at Fiserv Forum have in common with Eero Saarinen’s iconic TWA terminal at JFK Airport, which recently re-opened as a hotel? Or with St. Louis’ Gateway Arch National Park (the centerpiece of which is another Saarinen masterwork)?

Well, according to Thrillist, it’s one of "America’s Best New Attractions Worth Traveling For," along with those sites, a sprawling Kansas City distillery, the much-ballyhooed new Star Wars experience at Disney and the Shinola Hotel in Detroit, among other places. 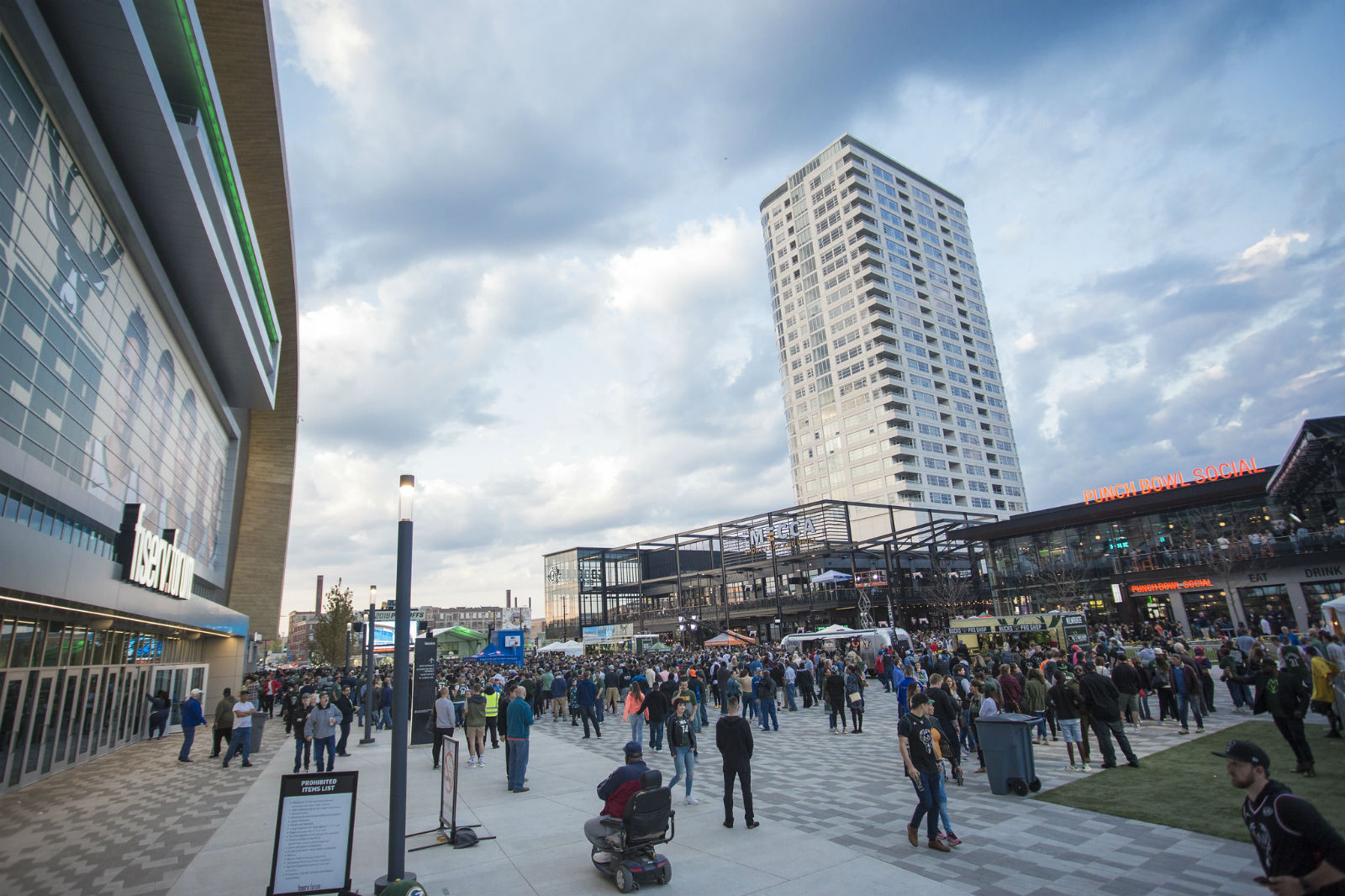 "This being the City of Festivals, Deer District will act as an epicenter for tourists and the hometown crowd alike to drink and gather before enjoying the multitude of outdoor events that define Milwaukee summers," he continues.

If folks aren’t already traveling to Milwaukee to check out Deer District, they soon will be.

And next summer, when the Democratic National Convention lands in Milwaukee, the district will draw in many of the tens of thousands of visitors for a look and surely a great craft beer and a Brandy Old Fashioned dispensed from a bubbler.

What they won't find is the one thing that's missing: a Saarinen building. For that, they'll have to go to the lakefront, to see the Finnish-American architect's War Memorial Center.

Can you guess Milwaukee's most popular Lyft destinations?