As reported earlier this week, Chicago's Lowcountry seafood boil restaurant is preparing to open its third restaurant, and its first in Milwaukee, at 1114 N. Water St., in the former Bar Louie site Downtown. We stopped in to check out the new space and meet the owners.

As reported earlier this week, Chicago’s Lowcountry seafood boil restaurant is preparing to open its third restaurant, and its first in Milwaukee, at 1114 N. Water St., in the former Bar Louie site Downtown.

Founded by Pan and Dana Hompluem with a Wrigleyville restaurant in 2015, Lowcountry added a South Loop location a couple years later.

The restaurant serves seafood boils in a setting that is bright and lively, reflecting the casual, fun nature of eating delicious food that grows out of a familial tradition.

“For me and Dana, we did seafood boils for our friends and family every summer,” says Pan Hompluem. “I’m a a restaurant guy, but we’d even thought about it (as a concept). And one day we had so much fun with friends over playing beer pong, doing the boils, and just having a good time. Then we looked at each other like, ‘man, this is a concept. A restaurant concept.’ And then we're like, ‘well, how do we feel about eating food out of a bag? With your hands, with the bag?’”

Pretty good, it would seem.

The concept has led to three lowcountry restaurants in five years. Another seafood boil restaurant plans to reopen after a hiatus across the river on North 2nd Street, too.

Unlike previous restaurants in the space, Lowcountry will use the arched corner gateway on the large patio as its main entrance, says Dana Hompluem.

Guests will enter the restaurant, be greeted by a host and seated, where they will consult a menu before ordering at the counter. Food will then be delivered to the table, still sealed in the bag.

“This is not your typical full-service restaurant,” says Pan. “We don't have servers, and we don't have table-side service. The first location we opened with servers, and over time we were starting to realize who we are as a concept. And serving that, at the end of the day we just want to showcase our food, and seafood boils came from the backyards.”

Generally, wait time for food is about 10 minutes, adds Dana.

“It's fast casual, but elevated food,” says Pan. “We're not Portillo's or Chipotle, but the concept in ordering is similar. It's kind of like half service. When we did the first location, we put the (handwashing) sinks right in the middle of the restaurant, you'd walk in and see the big sinks, to showcase who we are. Come as you are, you'll wash your hands. We're going to give you a bib.
Leave the pretentious at the door.”

The food itself is, well, seafood. The menu is not expansive, but it is customizable.

Customers choose their protein – shrimp, mussels, lobster tail, snow crab and king crab – by the pound and the boil includes classic cajun and other seafood boil ingredients like corn on the cob, potatoes, cornbread and more.

But then there’s the sauce. 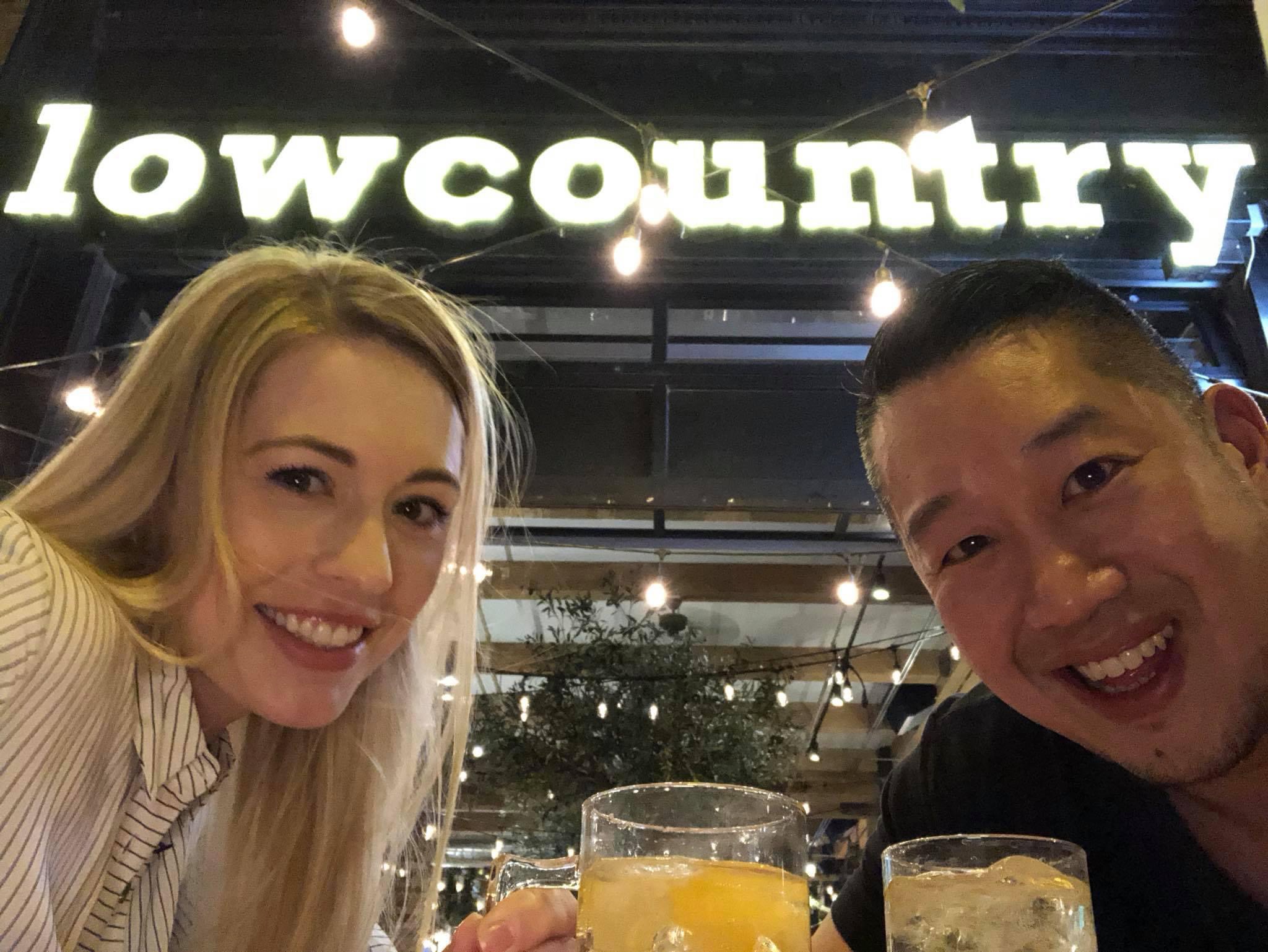 “There's four different sauces, which is Everything Sauce, which is all the sauces combined, garlic, lemon pepper, and Cajun,” says Pan. “Or you can choose any of those sauces too.. And then next up is our spicy ‘ridiculously hot.’ But, even mild has got a lot of flavor, just not a lot of kick. Aevel two is enough for most people. Three to four is for more adventurous.”

“We use a Thai spice,” says Dana. “It's a Thai chili so it's super spicy. Like a deep spice, it'll build as you eat it. Most people choose level two.”

The Water Street entrance will be focused on carryout.

The Hompluems say that pre-COVID, carryout accounted for about two percent of the restaurants’ business. That’s jumped to around 50 percent now.

“Cecause of Covid-19 our carryout is through the roof,” says Dana. “So it will be nice to have a designated area for just carryout, trying to adapt to the new environment that we're in.”

Adds Pan, “I was so thankful that our customers kept coming (for carryout). They were setting up their own red checkered tablecloths at home, posting pictures, posting videos. Having a Lowcountry experience at home. It was very moving.”

The Chicago restaurants are still open for dine-in service, but at 25 percent capacity.

Pan says that it has hired a general manager and is in the process of hiring about 20 local staff for front- and back-of-house.

The specific opening date depends on city licensing, which is in progress, but Dana says that the restaurant – which is getting finishing touches on the interior – will be staffed and ready to open within a week.

They’re excited to be opening in Brew City, and a stone’s throw from the Deer District.

“We’ve always liked the town,” says Pan. “We enjoy coming up here, hanging out. I think this is a great city: a lot of good drinking, hanging out, good restaurants. We saw a few locations but this one, when we came in here for the first time, we saw Lowcountry in here.”

Then there’s the patio.

“The patio is amazing,” says Pan.

“That’s something our other restaurants don't have,” says Dana. The South Loop has a small patio, but this wil be nice, especially if COVID-19 lasts longer, then we can make good use of it. We’re preparing for that, too, with the carryout door.”