Offerings are fresh and unique at Lucky Bakery & BBQ

West Allis has always been a sort of under-rated hot spot for gems like TomKen's Friendly Fried Chicken, Antigua and Chef Paz restaurants. But, most recently, it's also become the city's best spot to sample Chinese bakery and barbeque.

West Allis has always been a sort of under-rated hot spot for gems like TomKen’s Friendly Fried Chicken, Antigua and Chef Paz restaurants. But, most recently, it’s also become the city’s best spot to sample Chinese bakery and barbecue.

Prior to the Cafe’s opening, most Chinese baked goods have been available only as imported items in area Asian grocers. But, there are now two spots in West Allis to sample both sweet and savory baked goods. And one was the subject of a recent weekend visit.

Lucky Bakery & BBQ, which opened in February at 11078 W. National Ave., specializes in both sweet and savory baked goods, along with traditional siu mei, roasted meats.

On my visit, I carried out three of the most popular Cantonese BBQ offerings from the shop: cha siu (bbq roast pork), siu aap (roast duck) and siu yuk (crispy pork belly).

The half-duck ($9.50) was pleasantly salty and moist, with a crisp skin. 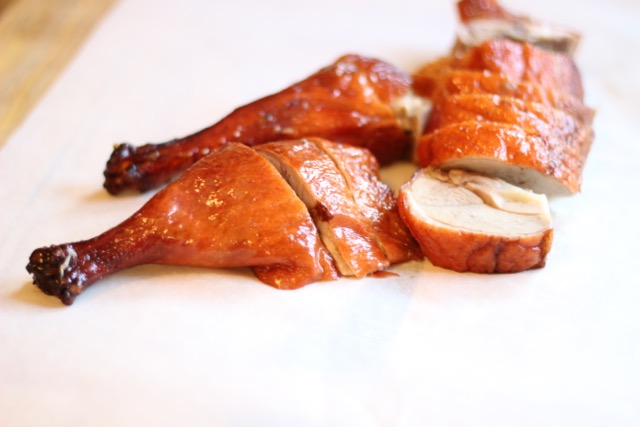 Meanwhile, the pork belly ($7.50/lb.) had a crackly crisp skin, and the tender meat was well seasoned. 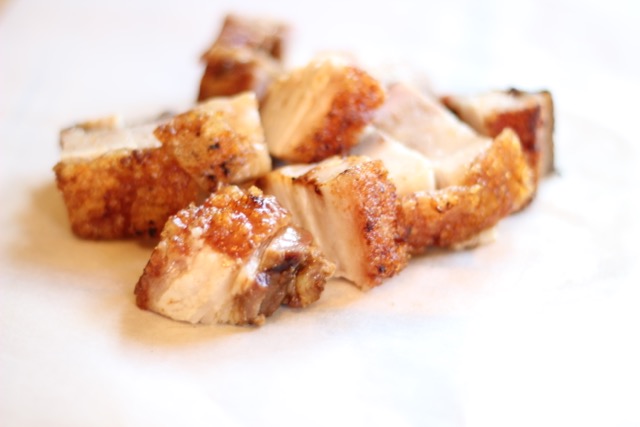 The honey glazed pork ribs ($8.50/lb.) were firm and slightly chewy and flavored similarly to a Chinese sausage, which bears both sweet and salty elements. We sampled a rib or two for dinner; but I pulled most of the meat off the bone to use in fried rice later this week. 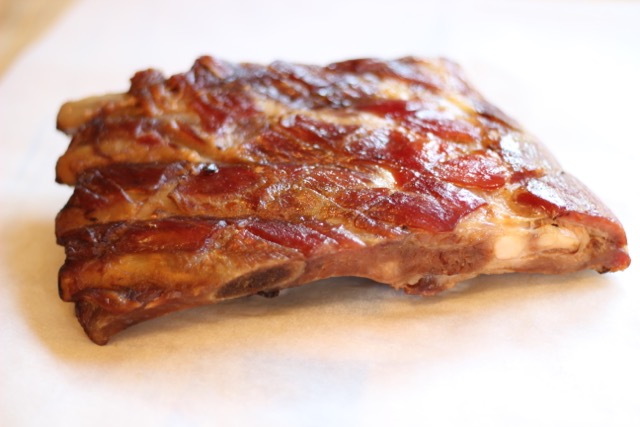 I also brought home a wealth of Chinese bakery – all of which was fresh and delicious.

Chinese bakery is known for its subtle sweetness – with most items containing just enough sugar to make them taste like dessert, but not enough to obscure the subtleties in flavor which come from fillings like eggy custards, fruit and seed pastes and coconut.

The sweetheart (wife) cakes are delicate, flaky pastries that measure about four inches across. Mine was filled with slightly fruity winter melon and coconut, giving it a similar texture to a kringle. 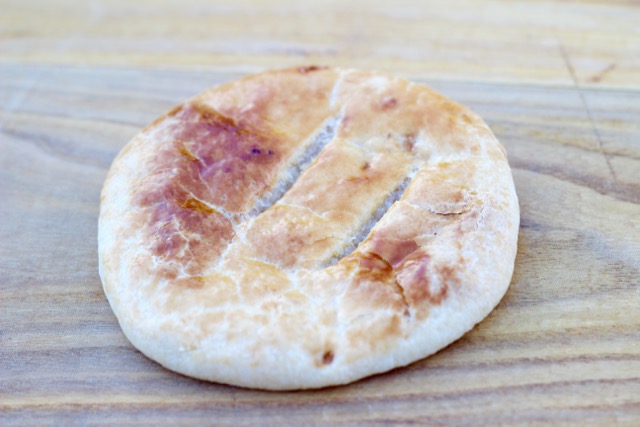 Small flaky cakes – filled with options like lotus seed, red bean and winter melon paste – came in a variety of sizes (most about 2-3 inches across). 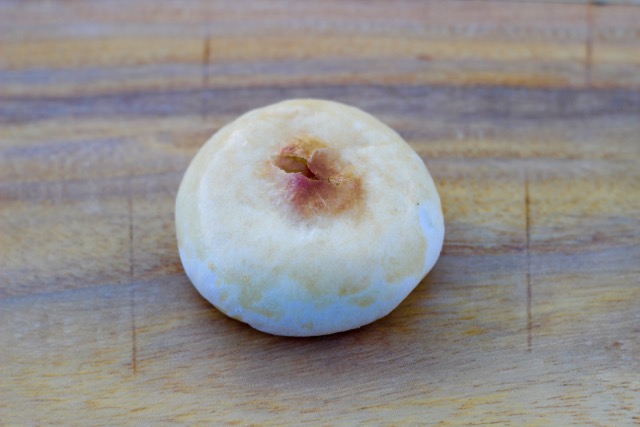 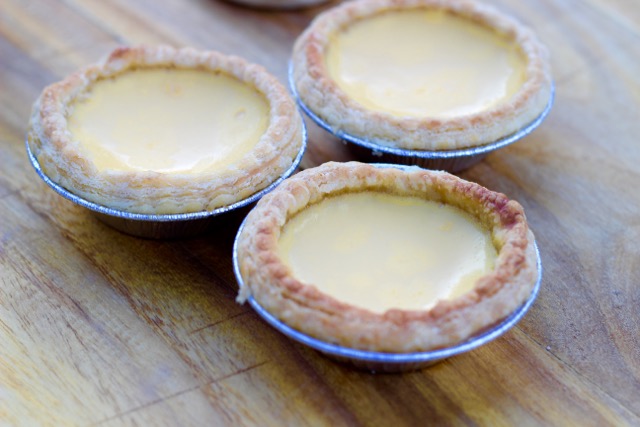 Two of my favorites were the sesame balls – fried glutinous rice flour dough filled with red or green bean paste (made from sweetened adzuki or mung beans) and coated in sesame seeds – and the custard filled coconut balls, both of which are pleasantly soft and chewy from the glutinous rice flour and filled with a pleasantly sweet and nutty filling.

My total bill was around $40 and generously supplied at least three or four meals worth of meat, along with plenty of sweet snacking.

I’ll be back next time for more bakery (this time, I’ll want to sample the wide variety of buns – including cream-filled, sweet top, and those with a variety of savory fillings including barbequed pork and hot dogs (priced starting at $0.80 cents each).