Luke Bryan loves Wisconsin and Wisconsin loves him - and the opening night of his Farm Tour proved that cheeseheads will come in the thousands to see him live no matter what venue is hosting the show.

If you weren’t watching the Packers game on Thursday night, you were probably one of many who traveled to the town of Marshall (population: 3,973) to enjoy opening night of Luke Bryan’s 11th annual Farm Tour.

With scissor lifts hoisting spotlights to light the performers and tractors being used to move equipment, Luke Bryan’s Farm Tour was definitely something to experience firsthand. Although the "Knockin’ Boots" singer is no stranger to Wisconsin, last night’s performance was special for a number of different reasons.

Here are our six showing why you shouldn’t have missed Luke Bryan’s Farm Tour opener in Marshall:

1. The tour supports the farmers 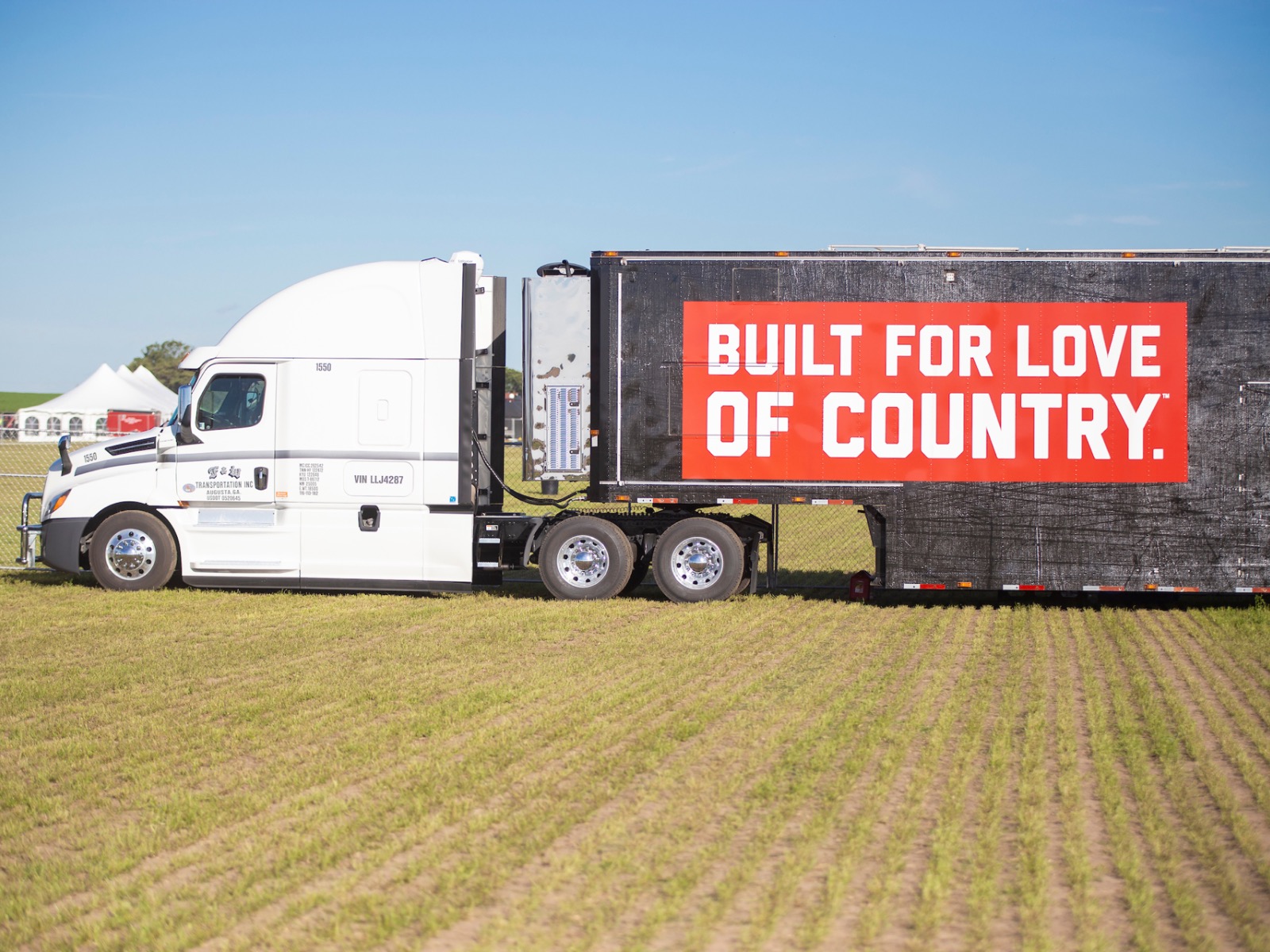 The biggest reason you should have attended opening night of Luke Bryan’s Farm Tour is that it supports a great cause. Much like Farm Aid, which took place just last weekend at Alpine Valley, Bryan’s annual Farm Tour raises money and awareness for farmers and farm towns in the United States.

The tour also receives support from their sponsor, Bayer, which donates a meal to food banks and local farmers through Feeding America for every fan who uses the #HeresToTheFarmer hashtag on social media. So if you have a second, definitely do your part to add to the nearly three million meals that Bayer has donated through its campaign.

2. It was Marshall’s biggest concert ever 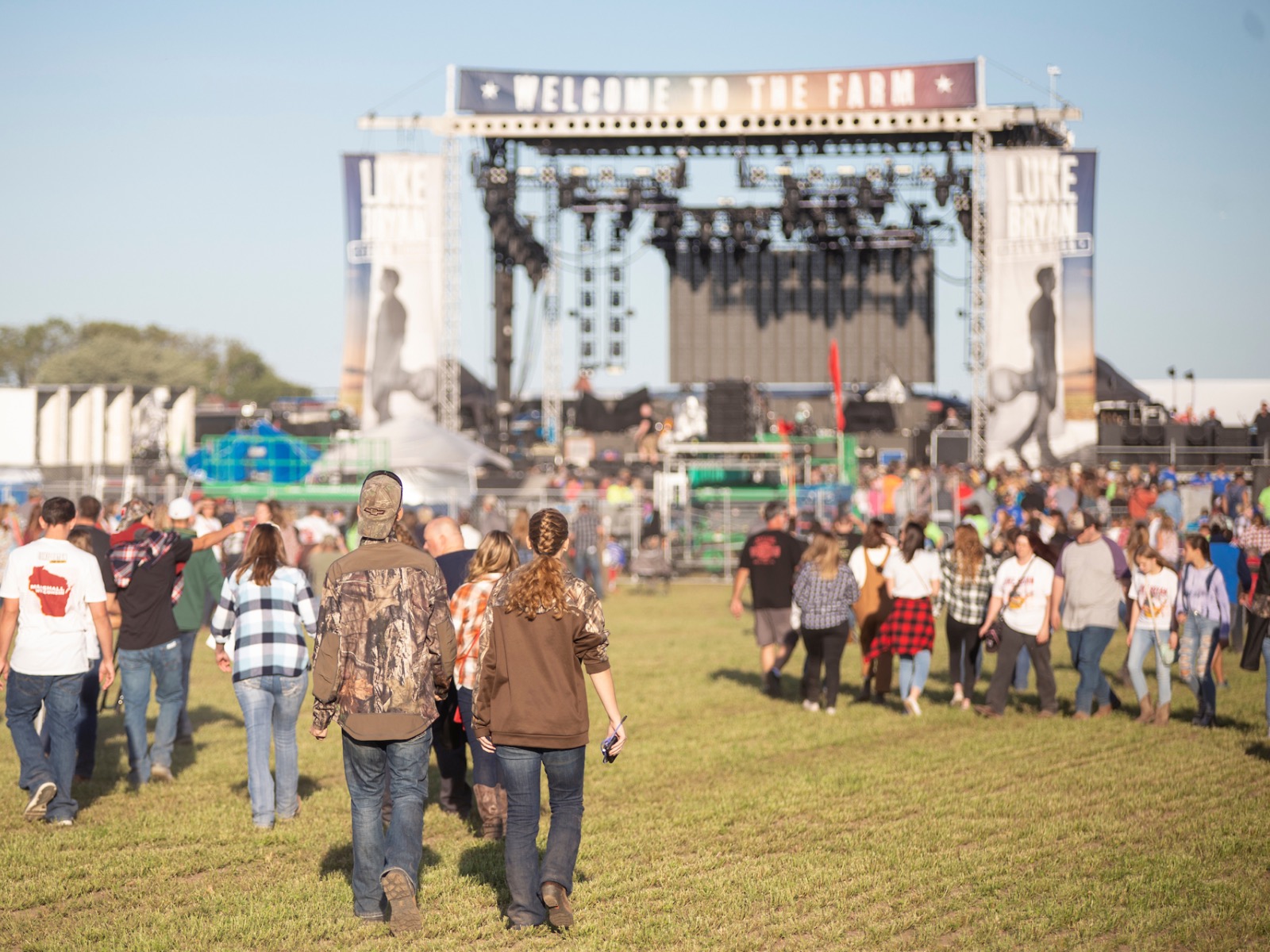 In a town of just under 4,000, Marshall surely doesn’t host concerts from performers like Luke Bryan on a regular basis. It’s exactly that reason that Bryan picks towns like Marshall for his annual tour.

"The idea behind this tour is to bring full production concerts to small towns that would not see larger scale shows," says Bryan. "Growing up in rural Georgia we had to drive to larger cities to see concerts. It is so exciting to watch each of these shows being built like a small city in itself in the empty pasture land of these farms."

And with roughly 20,000 fans attending Bryan’s performance on Thursday night, a city with five times the population of Marshall was built at the Statz Bros. Farm overnight.

3. One of the last outdoor concerts of the year 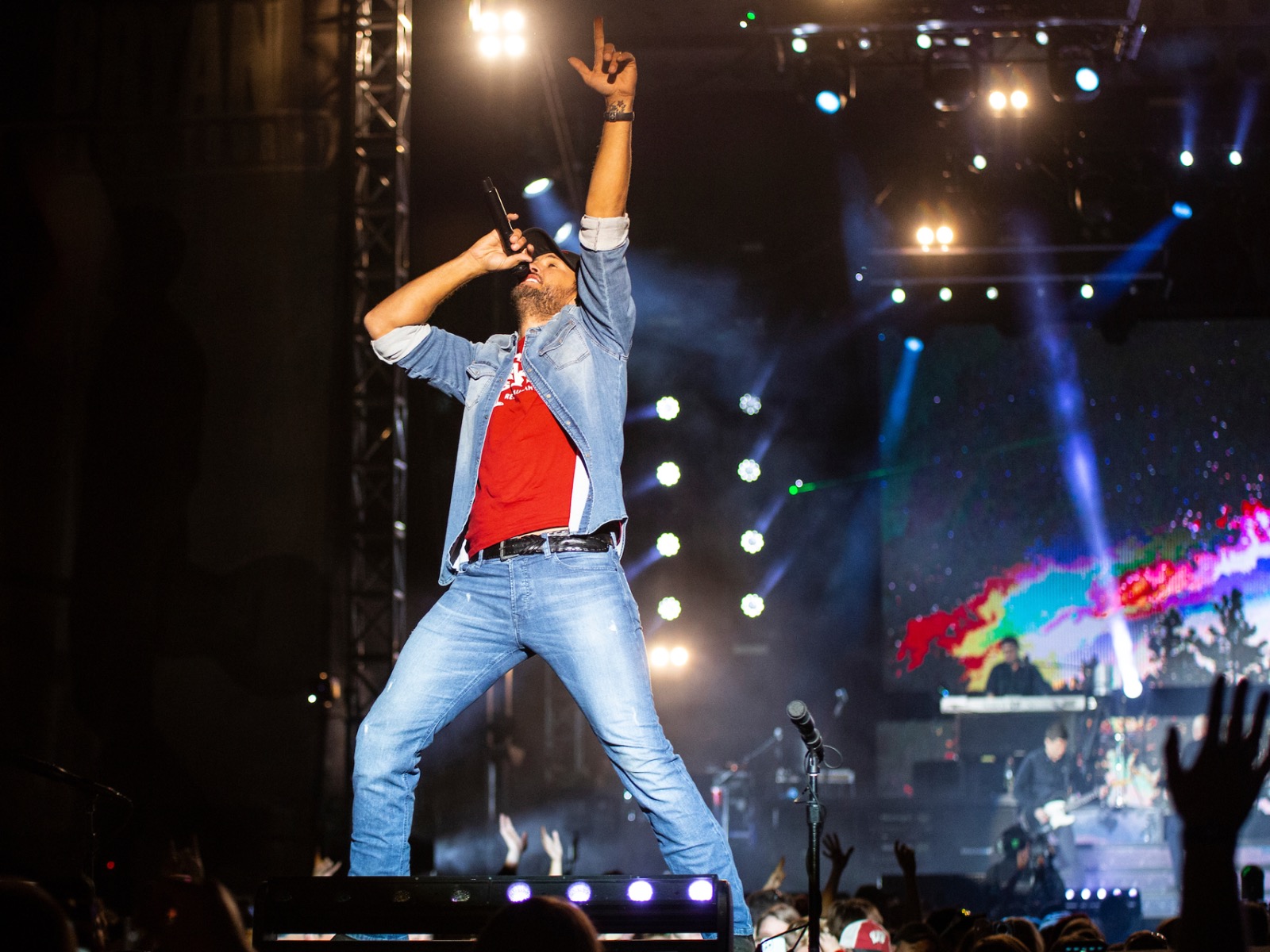 Now that fall has officially kicked off, outdoor concert season is just about over. As outdoor performances die down and things get busy at Fiserv Forum and the Riverside Theater, concert goers will even have to bundle up when making the walk from their vehicles to the venue doors as winter creeps up in the coming months.

Kicking off with Summerfest and with a full slate of concerts at Alpine this year, Wisconsin had a great schedule of outdoor shows – and fans squeezed in one more with Luke Bryan’s Farm Tour yesterday.

4. Statz Bros. Farm was just one of six farms selected this year 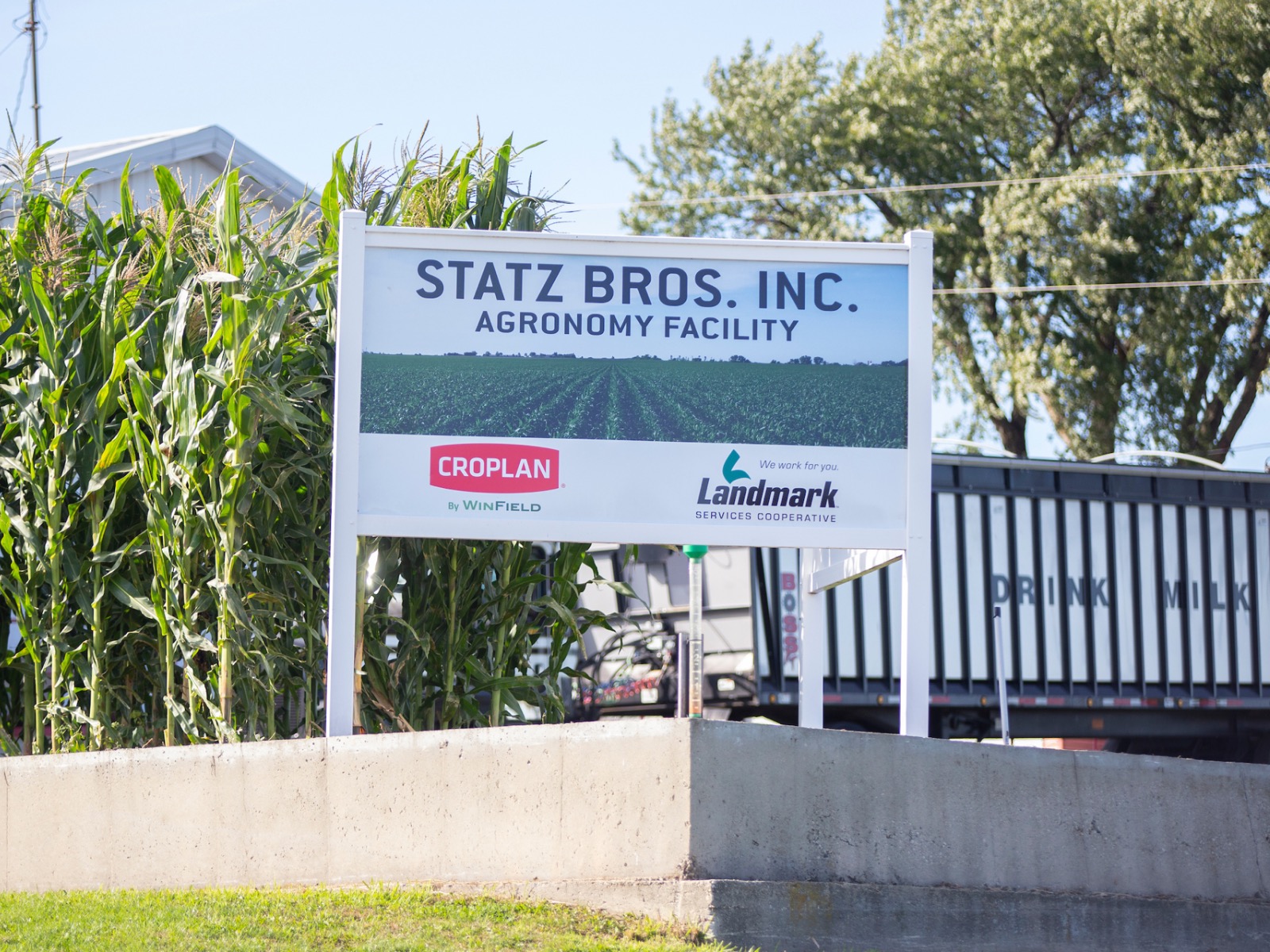 Luke Bryan’s Farm Tour will make just six stops throughout the country this year, with shows in Wisconsin, Michigan, Ohio, Oklahoma and twice in Kansas through the beginning of October. So country fans in Wisconsin and the town of Marshall were especially lucky that Bryan stopped in the Badger State this year.

The Farm Tour might not make its way back to Wisconsin in 2020, but we definitely have thousands of farms that would love to host him. 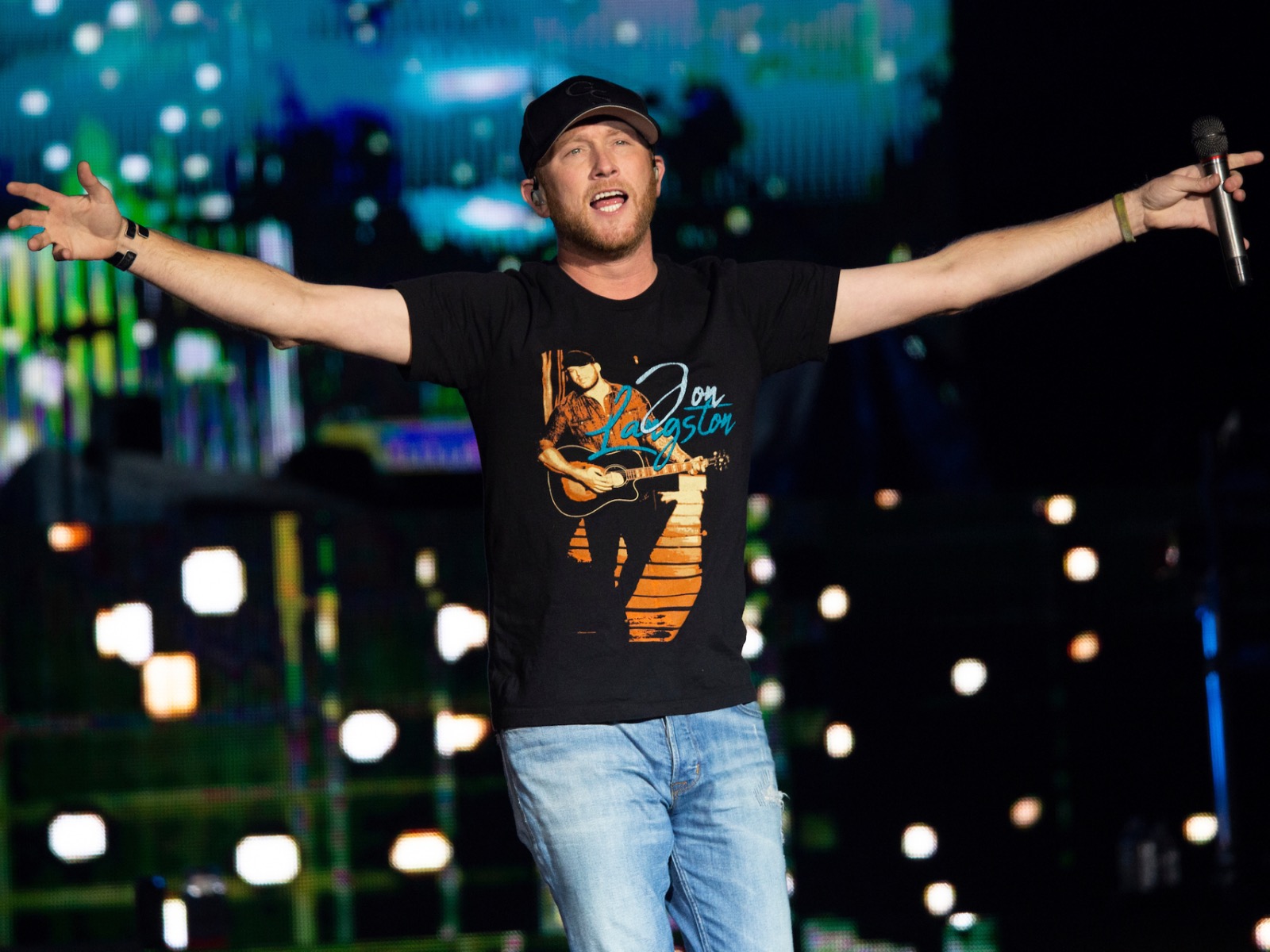 Although his name on the marquee alone is enough to draw thousands of screaming fans, Luke Bryan brought along some serious star power for his Marshall performance.

After great opening sets from Mitchell Tenpenny and the Peach Pickers (led by Rhett Atkins), Cole Swindell returned to Wisconsin after his memorable performance at Summerfest this year. Swindell performed a number of his hit singles, including "Love You Too Late" and "Flatliner," and even got the crowd singing along with a cover of Lil Nas X’s song of the summer, "Old Town Road."

Swindell, like Bryan, also comes from a small farm town and shared how special it is for him to support Luke Bryan on his Farm Tours. And as a nod to Wisconsin, the "Ain’t Worth the Whiskey" singer gave a big shootout to love for Spotted Cow during his set.

6. Luke Bryan shook it for Wisconsin 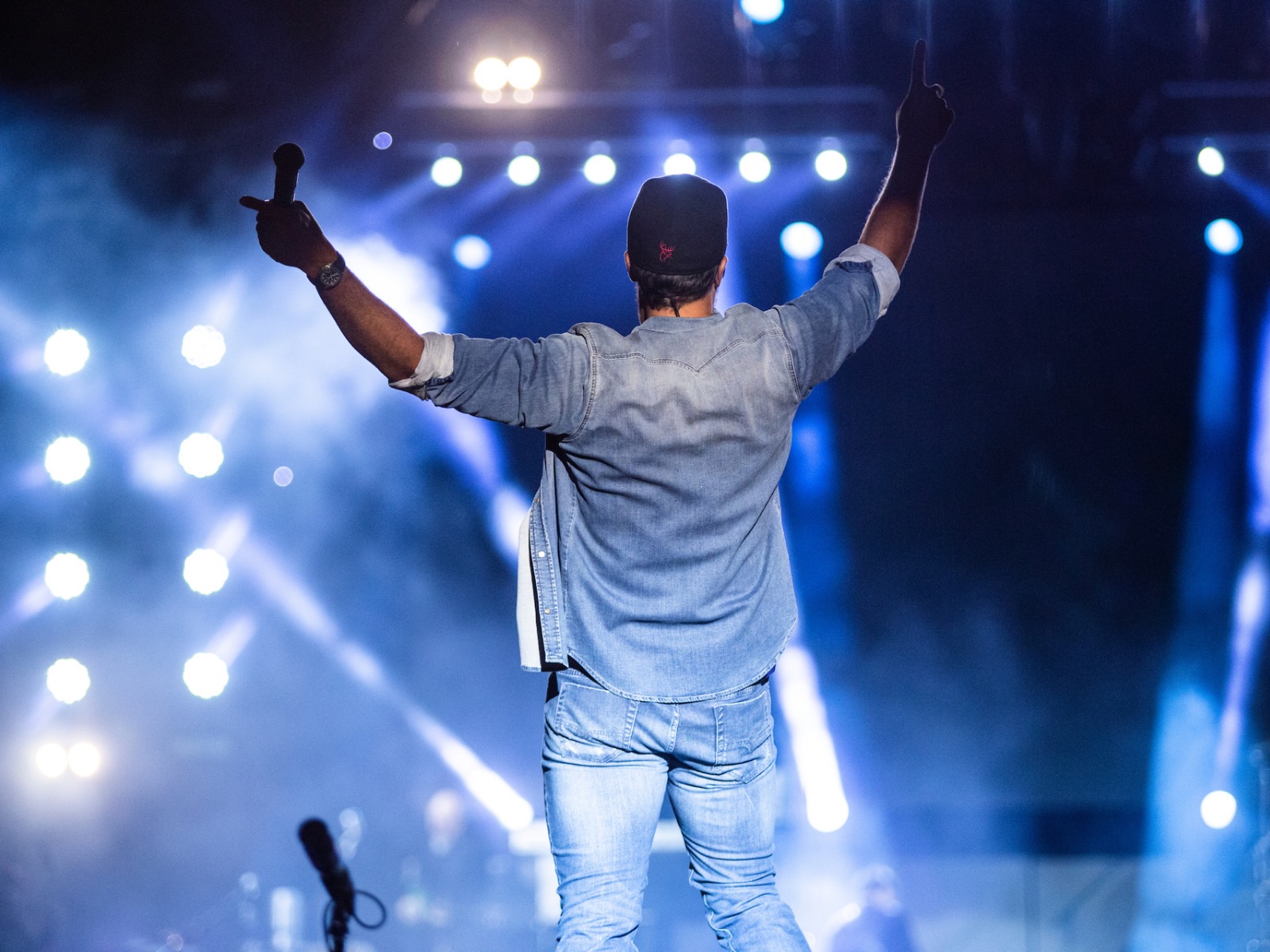 Greeting his Farm Tour fans in the most country way imaginable, Luke Bryan kicked off his performance by driving onto the stage on a four-wheeler as he performed his hit single "What Makes You Country." Decked out in a blue jean shirt, ballcap and a Kollege Klub T-shirt from the popular UW-Madison bar, Luke Bryan was set to deliver a performance that Wisconsin (and especially Marshall) would never forget.

Although the headlining set was hosted in a small town, nothing about Luke’s Thursday night performance was small. The hits were huge, the setlist was lengthy, the sea of fans extended throughout the farmland and Luke’s energy was at a 10 until the very end.

Thursday’s performance not only reminded fans of Luke Bryan’s small town roots, but it served as a reminder of just how big of a star Luke Bryan is. With hits like "Country Girl (Shake It For Me)," "That's My Kind of Night" and "Knockin' Boots," just to name a few, there’s a reason why Bryan fills seats (and in this case farms) every time he comes to Wisconsin.

Luke Bryan loves Wisconsin and Wisconsin loves him – and the opening night of his Farm Tour proved that cheeseheads will come in the thousands to see him live no matter what venue is hosting the show.