The Mad Planet nightclub - a Riverwest landmark at 533 E. Center St. - is being sold, but, says Frank Straka, who is buying it with his fellow Riverwesterner Neso Malinovic, "nothing much will change."

The Mad Planet nightclub – a Riverwest landmark at 533 E. Center St. – is being sold, but, says Frank Straka, who is buying it with his fellow Riverwesterner Neso Malinovic, "nothing much will change.

"The plan for Mad Planet is business as usual," Straka says. "Friday nights will still be retro and Saturdays will remain the same with The Get Down once a month, the ‘vs.’ nights and bands. We want have more events on Sunday, Wednesday and Thursday nights. We plan on updating the drinks at the bar. Otherwise, things will be the same and the transition will be seamless."

Straka says the sale is not yet closed, but he expects to "have everything signed in the next few weeks."

Rosemary Silagy moved to Milwaukee from Chicago around 1990 to open The Mad Planet, which has long been a hive of live music (Arcade Fire played there years ago), cutting-edge DJs and retro dance parties.

Straka and Malinovic know they are buying a piece of Milwaukee nightclub history.

"That is why we really don't want to change it," he says.

Incidentally, The Mad Planet hosts one of those "Vs." nights this weekend and this one is really the debate that has consumed my entire life since about the age of 12. 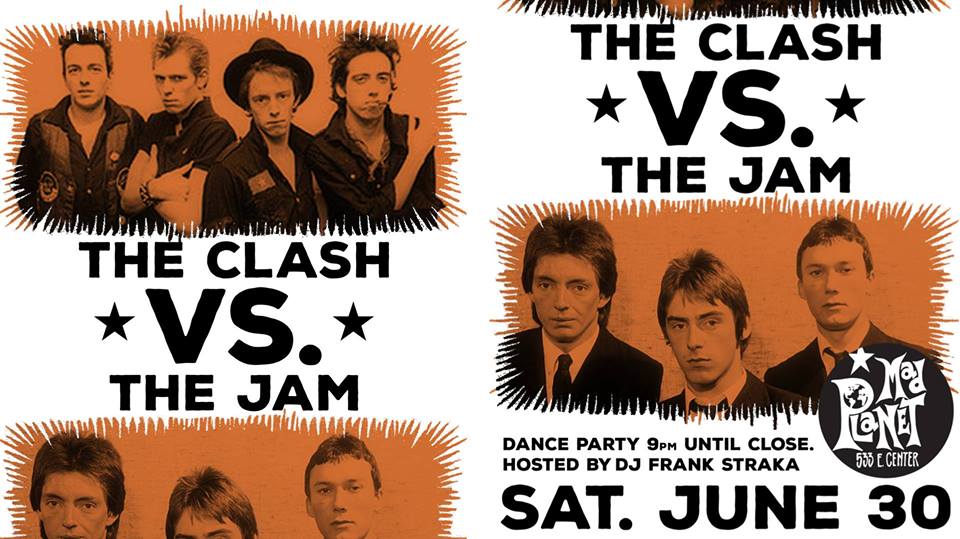 Spoiler alert: The Jam wins, with The Clash a fraction of a nanosecond behind.