No single place in the state has the market cornered on Wisconsin history, but for folks interested in burrowing into the story of the Badger State, there's no better place to start than the capitol.

No single place in the state has the market cornered on Wisconsin history, but for folks interested in burrowing into the story of the Badger State, there's no better place to start than the capitol.

On a recent visit, I spent 24 hours (OK, I actually slept part of that time) exploring tidbits of Wisconsin history.

Since it was a lovely autumn morning, we did a spin around the Dane County Farmers' Market on Capitol Square, which has been a part of Madison’s history for nearly a half a century now. 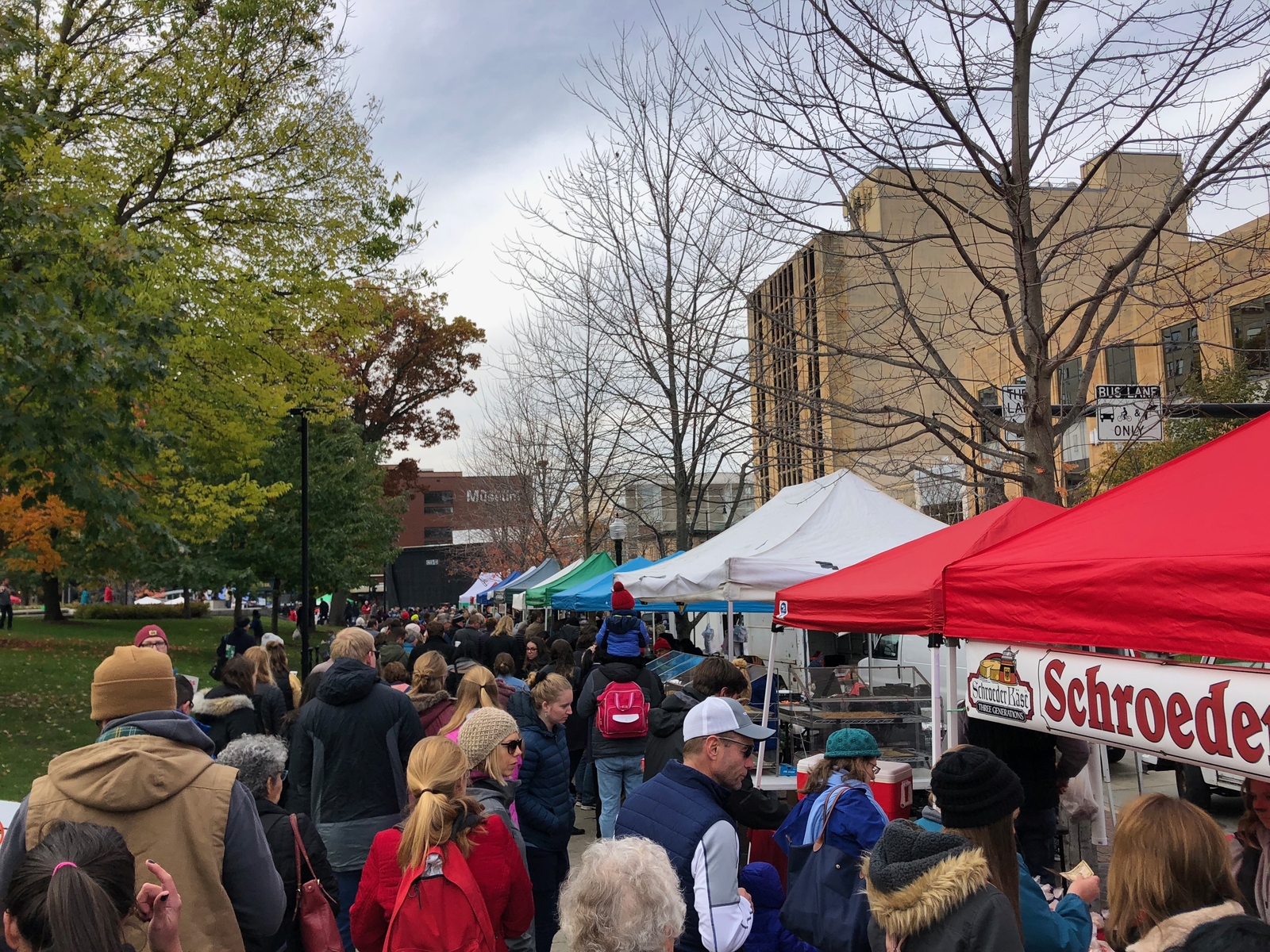 Despite the chill in the air at one of the year’s final installments (the market runs mid-April to mid-November), the sidewalks were packed full of families, UW students and others stocking up on veg, on sticky cinnamon buns and more.

While you’re here in the heart of Madtown, head inside for a free tour of your statehouse, designed by New York architect George B. Post & Sons and built wing by wing between 1906 and 1917, no reservations required (unless you have 10 or more in your group). 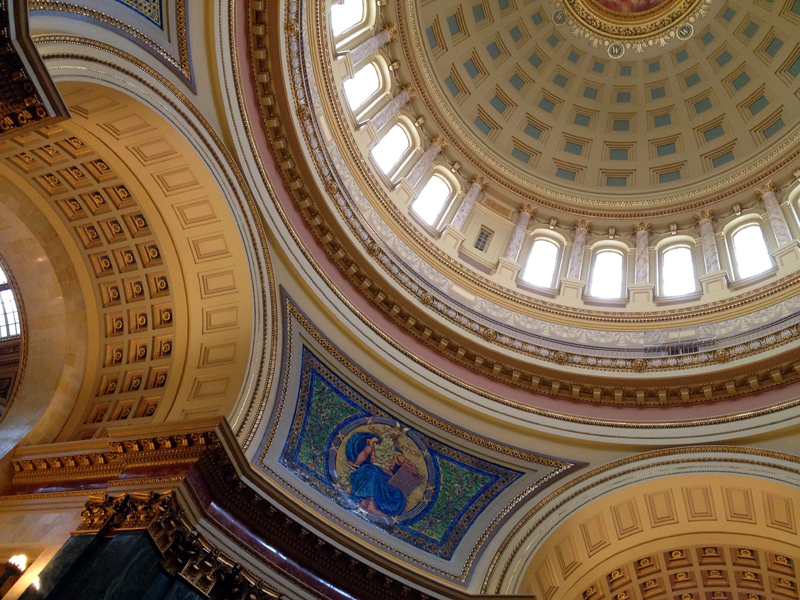 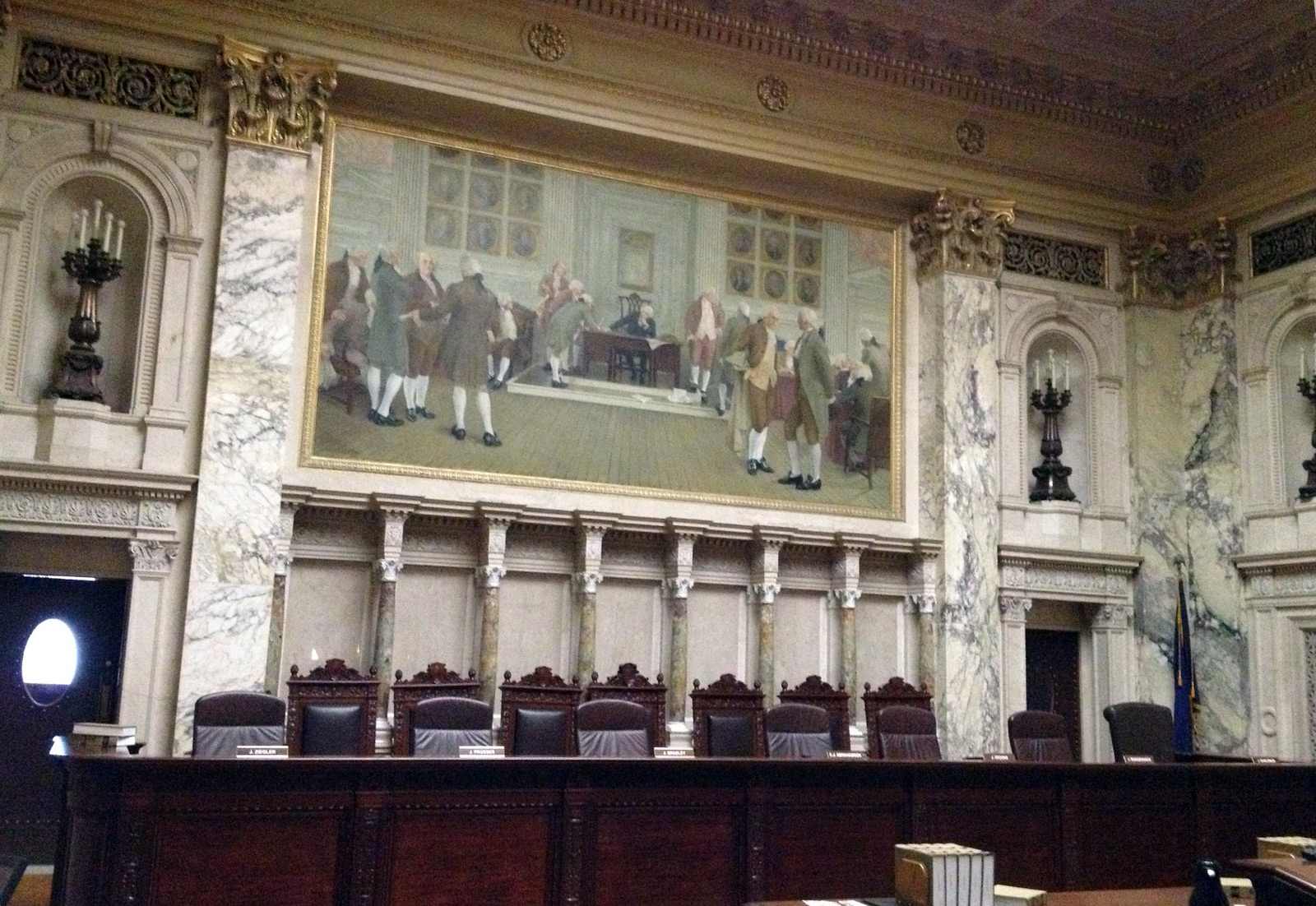 Inside the Capitol, – the state's fourth, and the third in Madison (the first was in Belmont) – you’ll get to see the chambers were the Supreme Court and the State Senate and Legislature meet, as well as the gorgeous rotunda, beneath the heart-stopping 284-foot, 5-inch dome, in the heart of it all.

Back out on the square, you’ll find the more than 100-year-old Wisconsin Veterans Museum, 30 W. Mifflin St., run by the Wisconsin Department of Veterans Affairs.

Admission is free and you’ll find exhibitions that use texts, images and objects to explore the military past and present of the state. 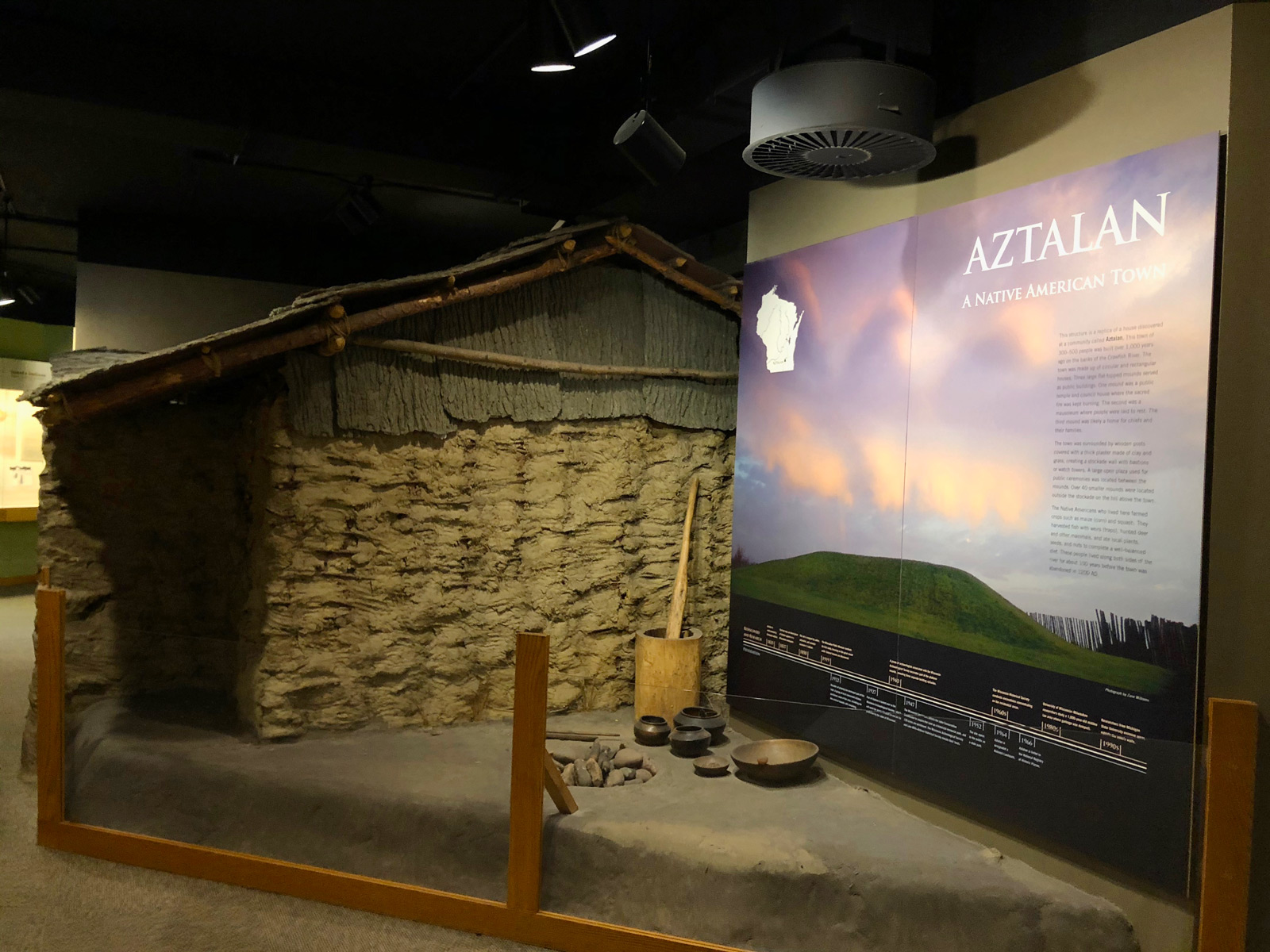 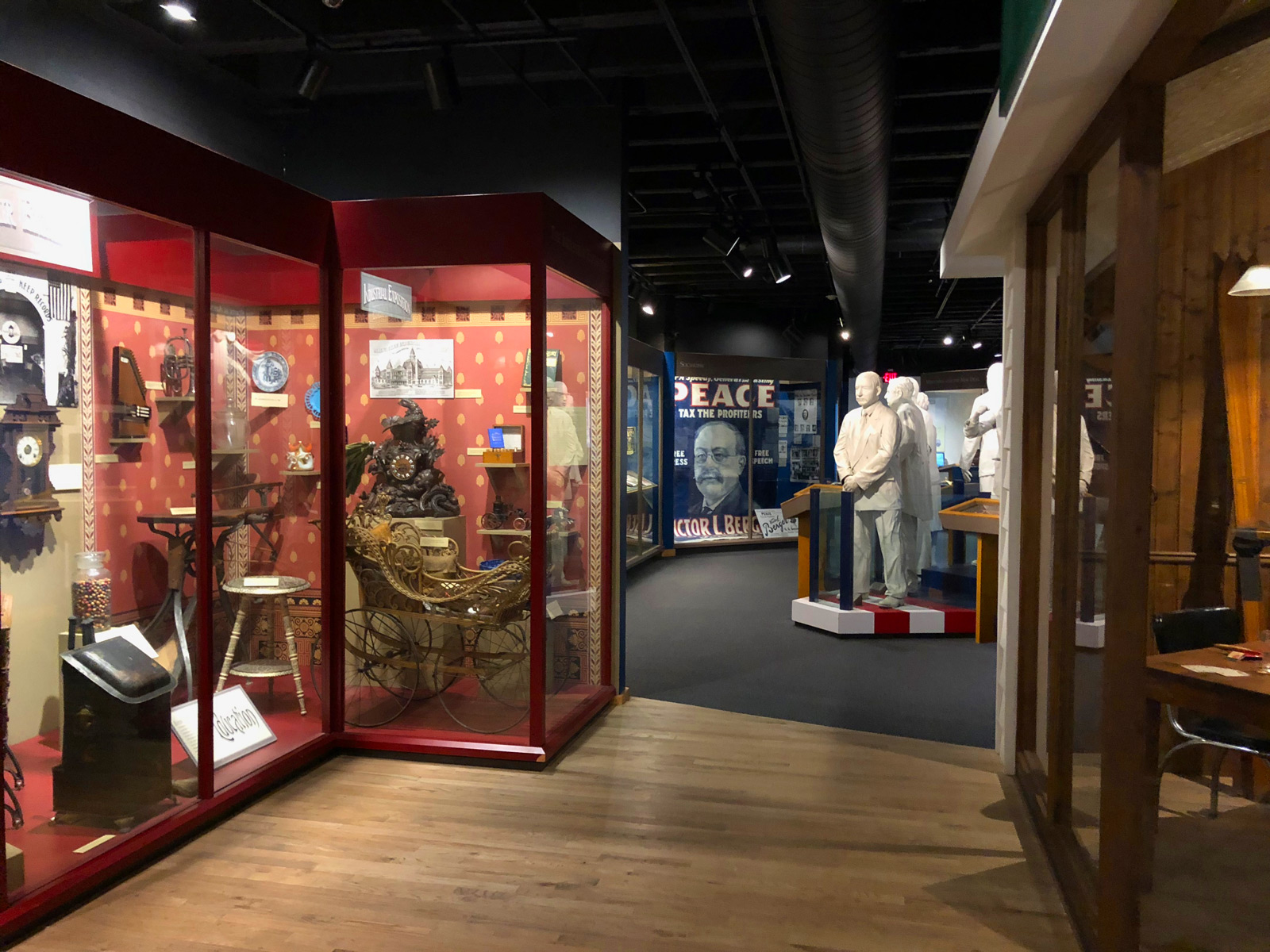 Just across the street is the Wisconsin Historical Society’s Museum of Wisconsin History, 30 N. Carroll St. which suggests a donation of $5 to check out four floors of exhibits that focus on everything from the state’s native peoples to immigration to politics to manufacturing to recreation and more, including a fine look at WHS’ archeology of shipwrecks on the Great Lakes.

Pro tip: the upper floors of the museum offer one of the best spots for a great Capitol building photo.

A well-stocked gift shop offers a wide range of books you can take home to keep exploring the history of America’s Dairyland.

Speaking of which, we decided no walk through Wisconsin history would be complete without a brisk walk over to Babcock Hall, home of the University of Wisconsin’s Dairy Science Department. 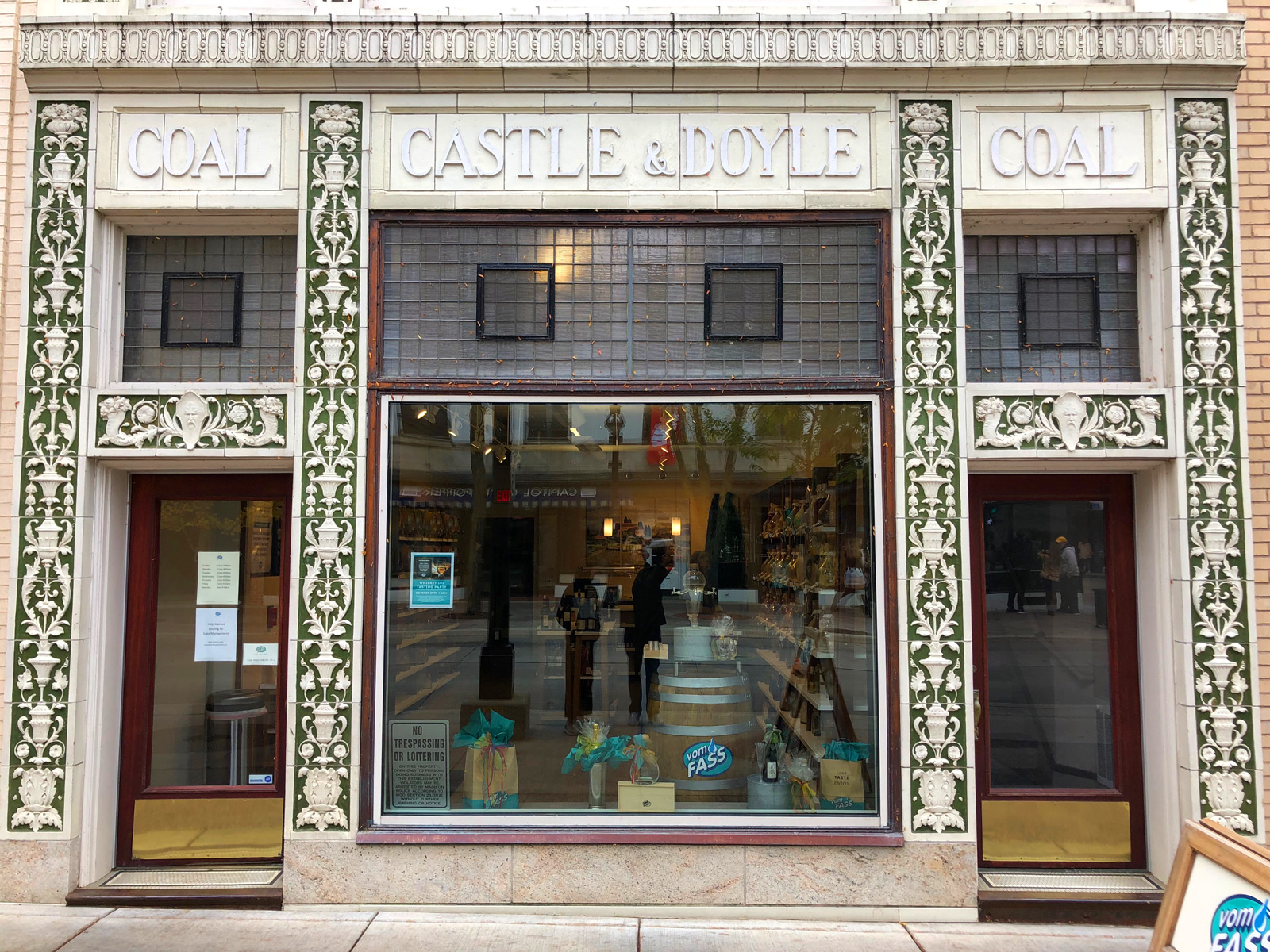 Along the way, we popped into the headquarters of the Wisconsin Historical Society, 816 State St., to check out the lovely 1900 Ferry & Clas-designed building, where we found the lower-level gallery spotlighting the Henry P. Hamilton Collection of prehistoric stone and copper implements. 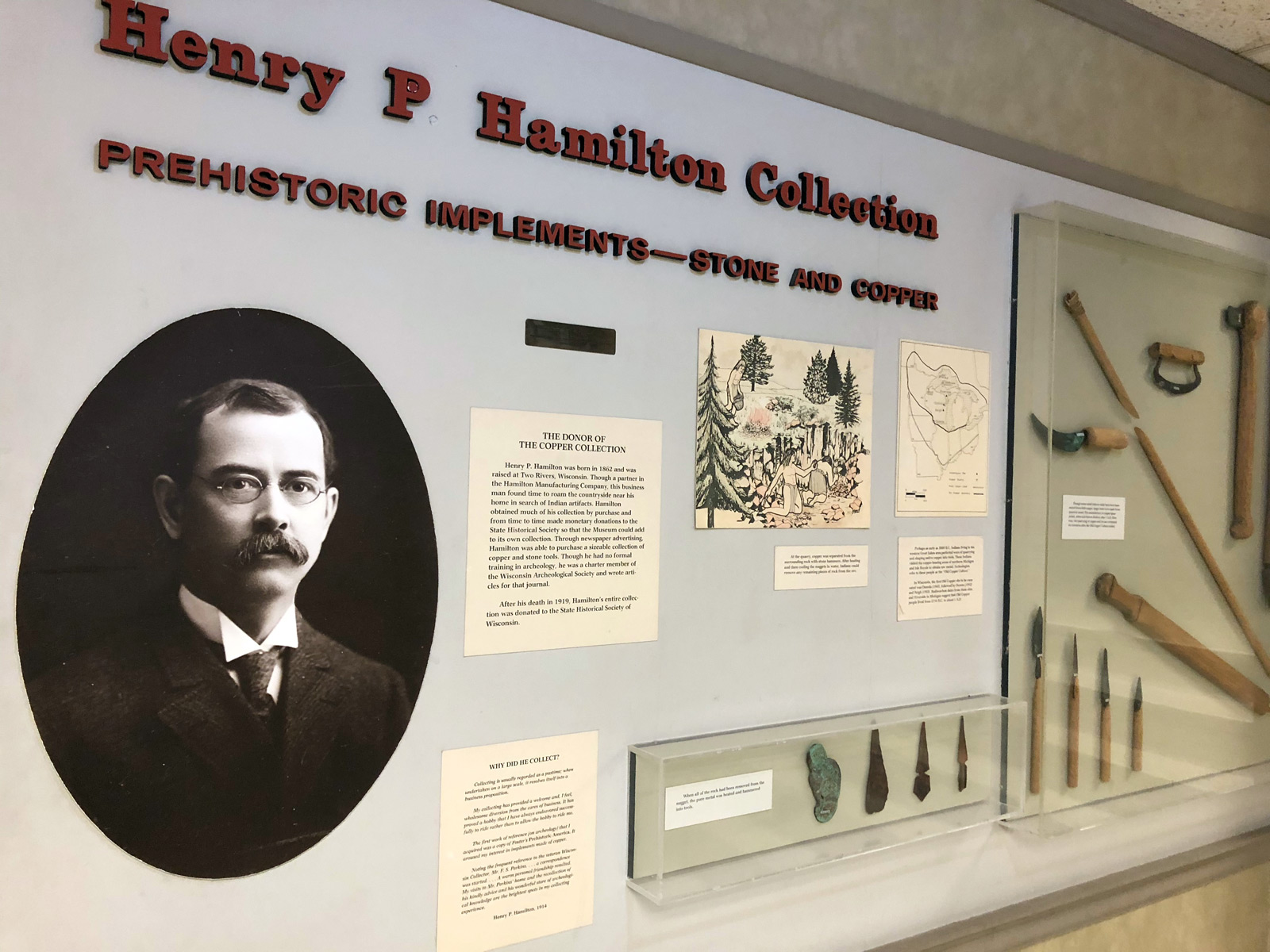 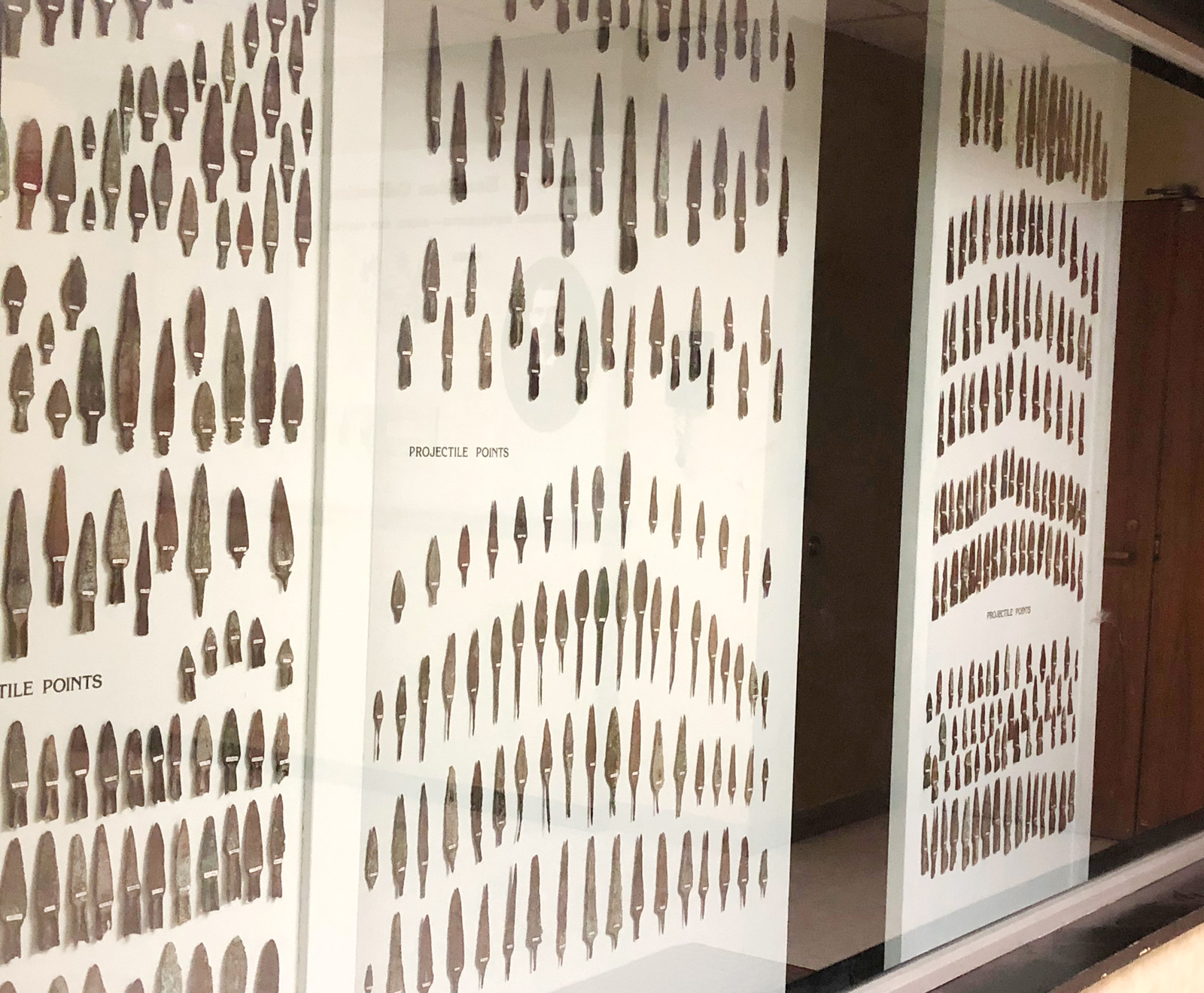 Born in Two Rivers in 1862, Hamilton was an intrepid collector of Native American artifacts that he’d find on his walks or that he’d buy. Despite a lack of training, Hamilton was a charter member of the Wisconsin Archeological Society and upon his death, his large collection was donated to the Wisconsin Historical Society, which has an astonishing array of implements on display in a handful of glass cases. 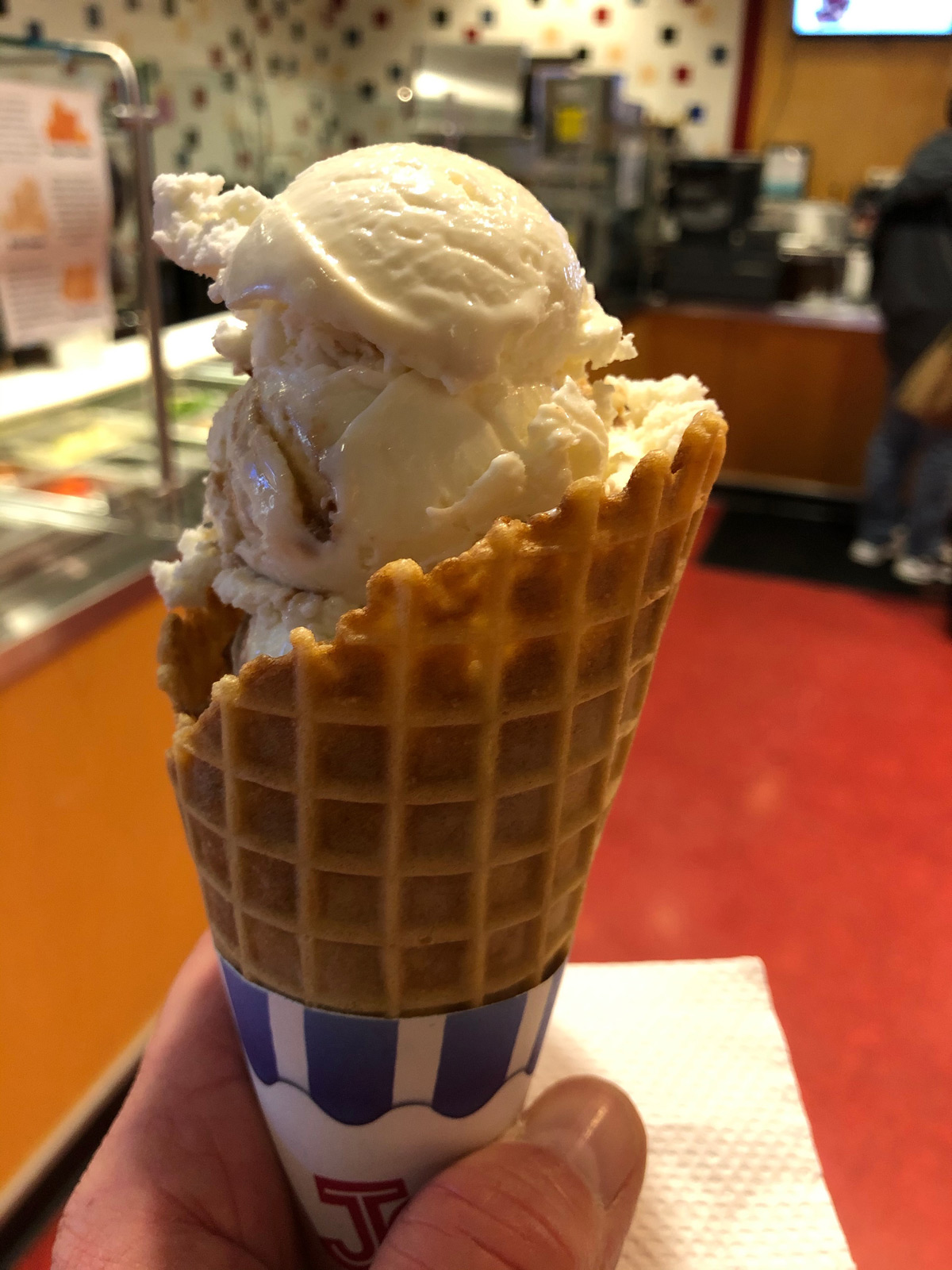 Ostensibly, we went to Babcock Hall to visit the Dairy Store. But there’s another location in the Memorial Union, which would’ve saved us about a mile of walking, but which wouldn’t have allowed us to climb to the second floor gallery that affords a view down into the school’s large on-site dairy plant, where students learn how to make cheese, ice cream and more.

UW's school of dairy science, founded in 1870, is one of the oldest in the country.

Though the plant wasn’t operating on the day we visited, it was interesting to see the vastness of the dairy and of the school’s commitment to research and teaching. 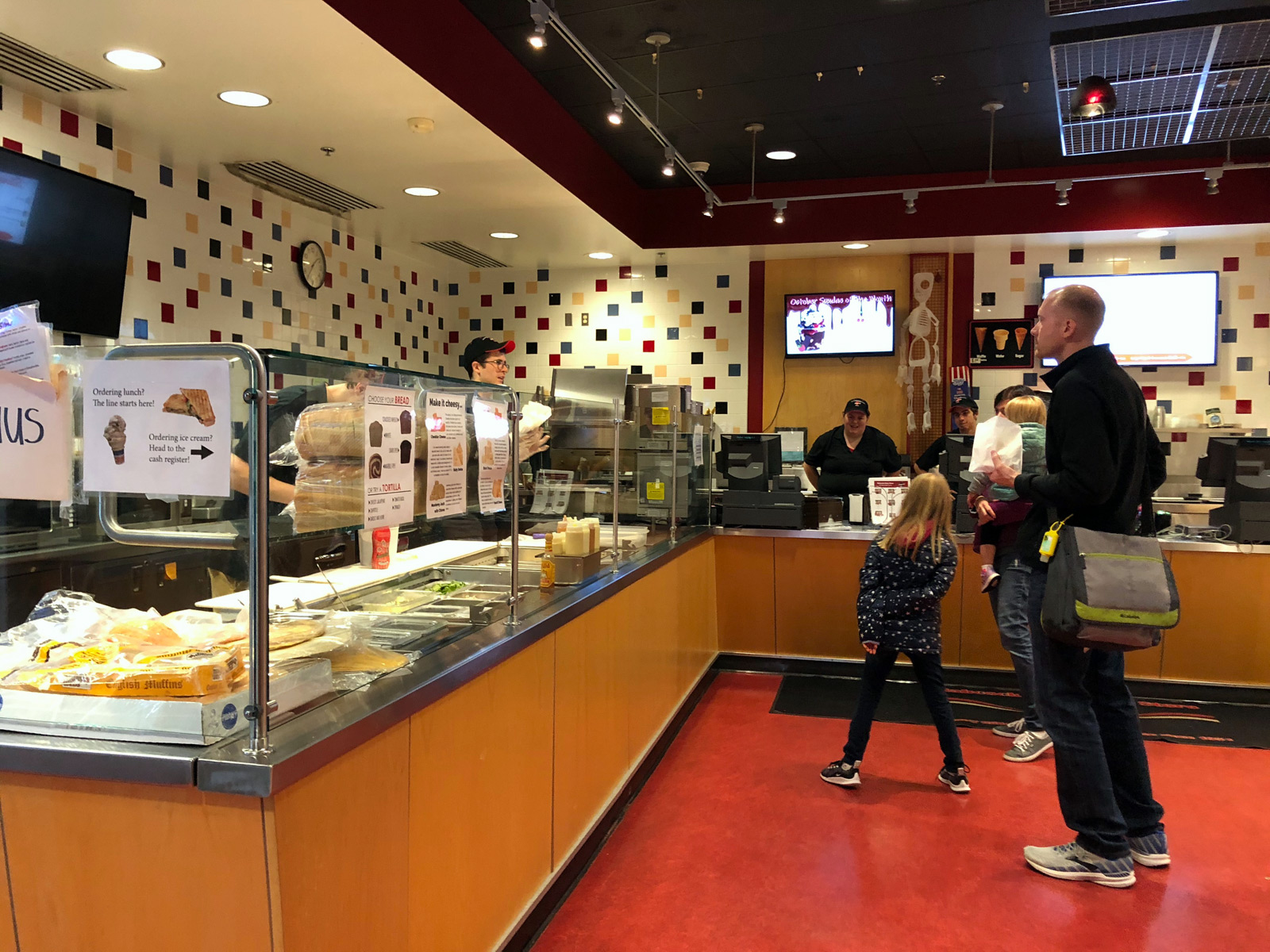 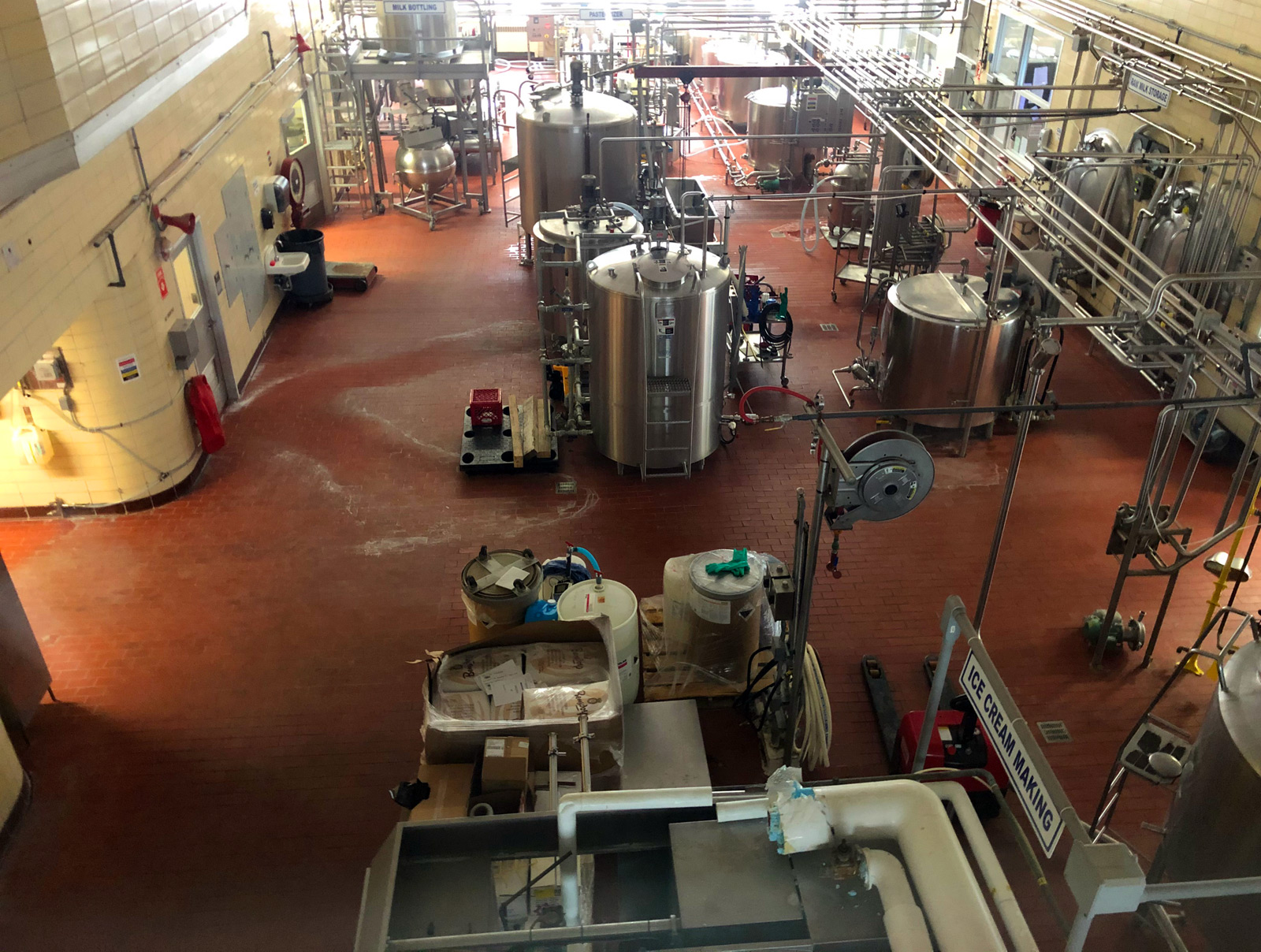 We also stuck our heads into the adjacent Stock Pavilion, a State Fair-like show barn that, remarkably, has also been the scene of concerts of all kinds over the years. 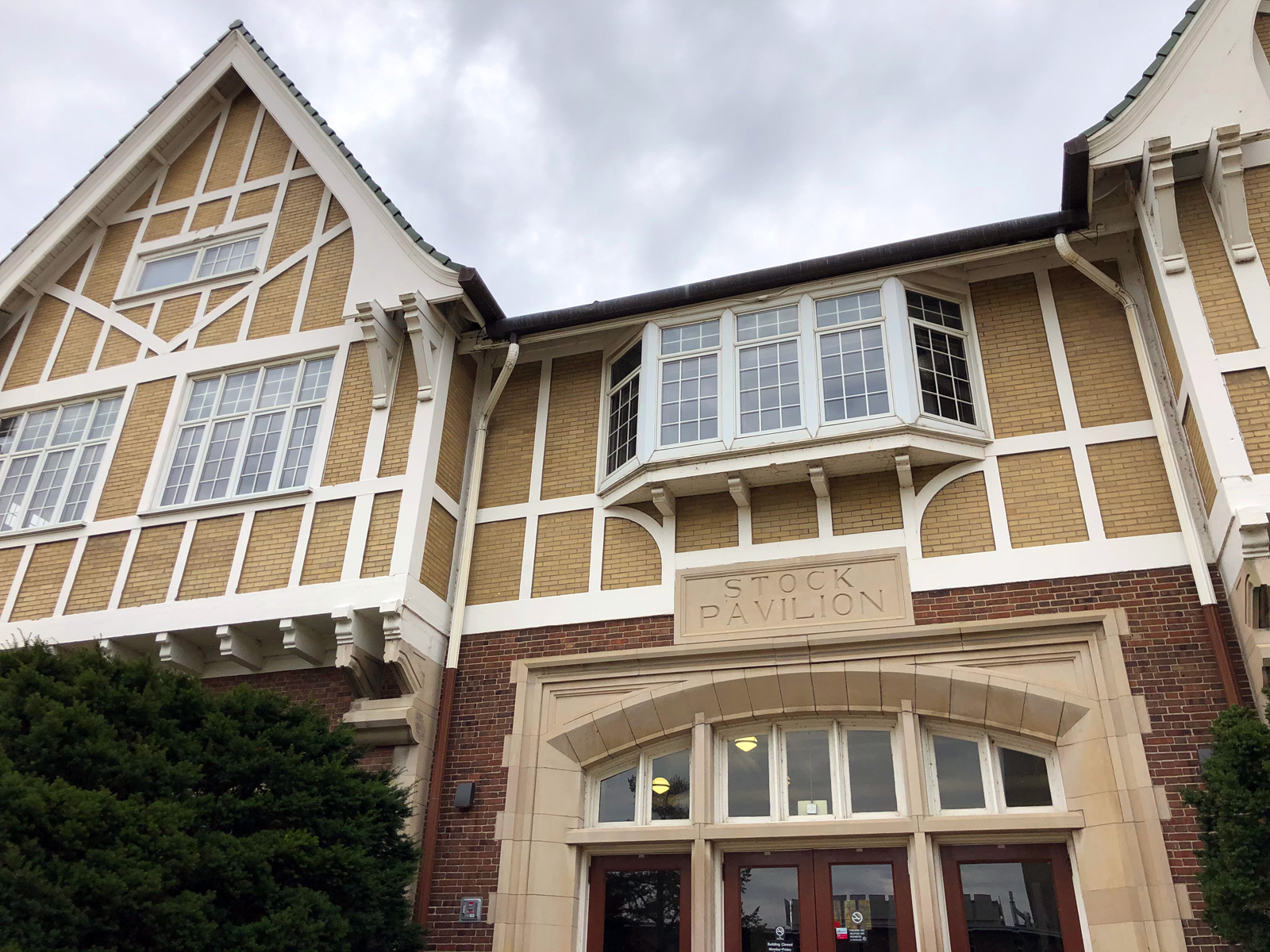 Alas, we did not get to see the cow barn nearby before strolling back through campus for an afternoon rest before exploring some of Madison’s current breweries and distilleries (but that’s another story).

In order to squeeze it all in, we set up our home base at an old favorite, The Edgewater, 1001 Wisconsin Pl., which was built in 1948, but to fine Art Deco plans – drawn by Kenosha architect Lawrence Monberg for the Quisling family, which ran a clinic just up the street in another gorgeous Moderne structure. 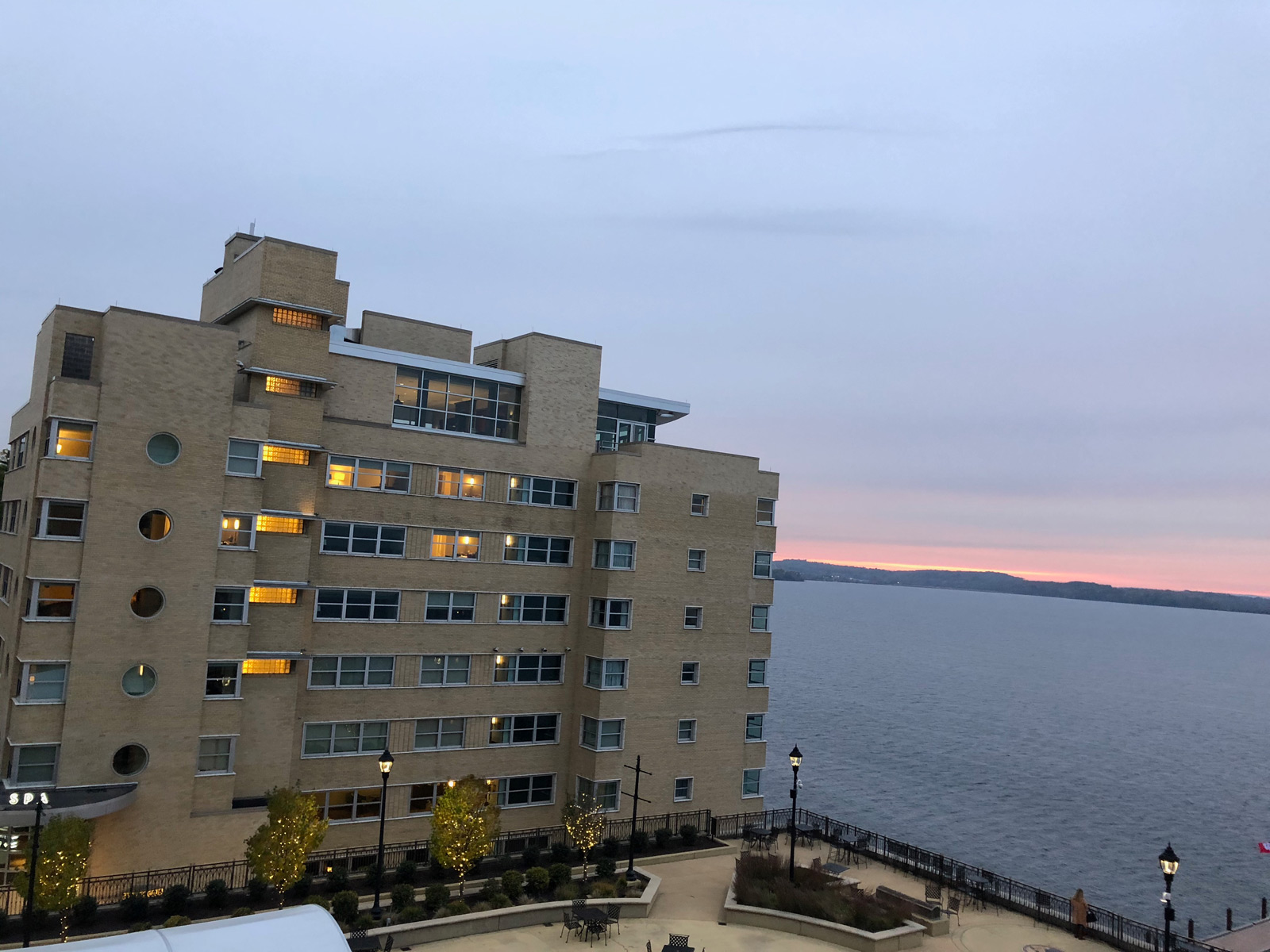 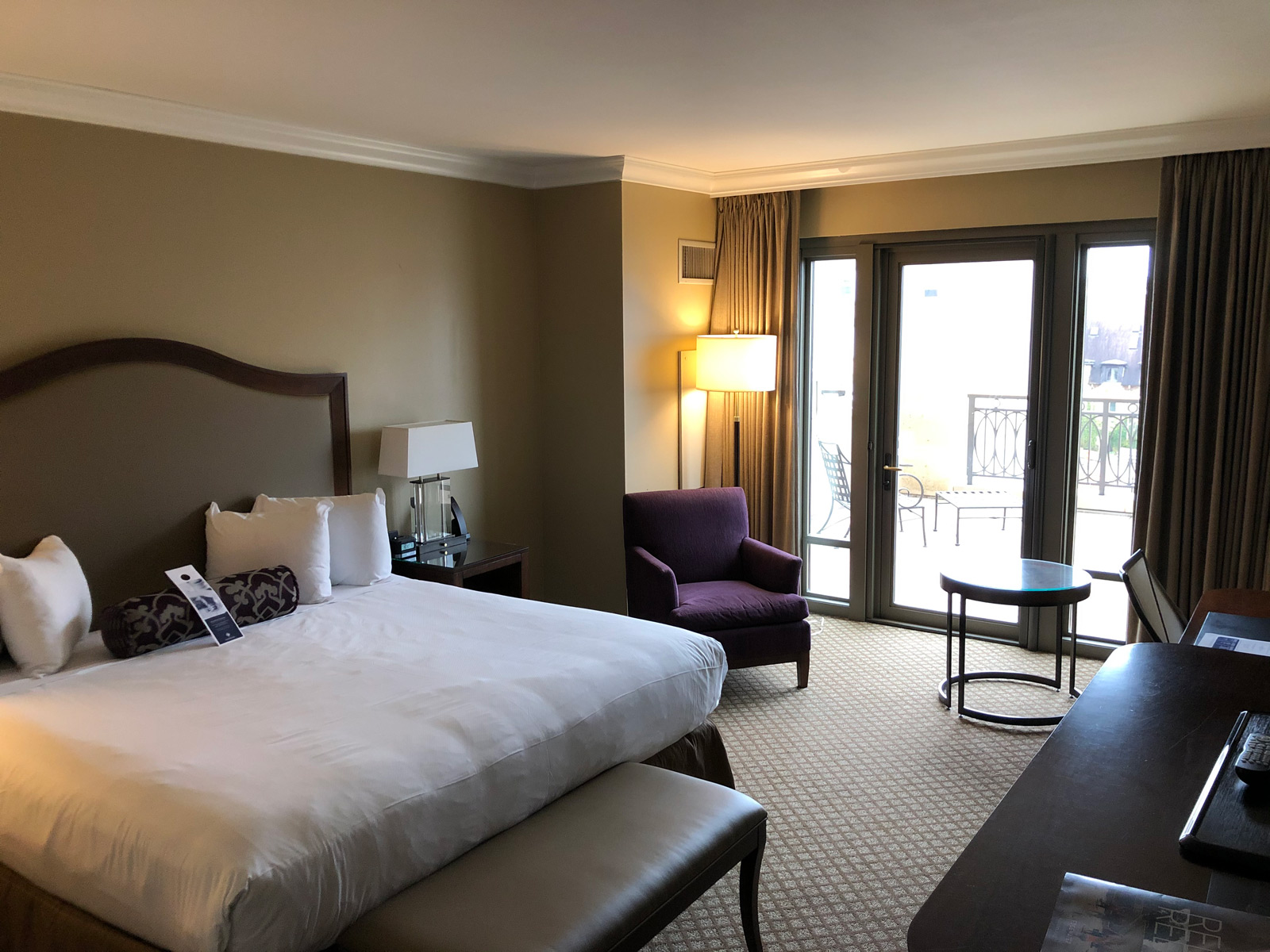 Over the years, the hotel hosted many celebrities and dignitaries along the shore of Lake Mendota. You can read a deeper look at the history of the place in this article penned when the hotel owned a towering new expansion in 2015.

Four years later, I’m pleased to report, the place still looks brand new and feels as alive as ever, with a seemingly endless stream of events enlivening the plaza between the two buildings, which becomes an ice skating rink in winter.

There are stunning views out over the lake from The Statehouse Restaurant, which has a hearty menu of steaks, burgers and beyond, in an attractive, but unstuffy space, and even on an autumn Sunday morning, The Edgewater Spa was bustling – a testament to its skilled staff.

The hotel also has a full slate of holiday cheer on tap, including a blues-fueled Blue Year's Eve Party.

Exploring Beloit - both old and new