After 40 years of customers walking into Ma Fischer's restaurant and asking the staff, "Where's Ma?" there is finally someone to point to. Today, a 5-foot-8-inch statue of the former owner, Jackie Fischer, was erected outside the popular East Side diner.

After 40 years of customers walking into Ma Fischer’s restaurant, 2214 N. Farwell Ave., and asking the staff, "Where’s Ma?" there is finally someone to point to.

Today, a 5-foot-8-inch statue of the former owner, Jackie Fischer – aka "Ma Fischer" – was erected right outside the popular East Side diner.

Peter Panos, who is the current owner of the restaurant, says his father bought the restaurant from Fischer in 1975. It was originally called "Fischer's Sandwich Shop" and Panos decided to keep the Fischer name because it was already established and people who knew Jackie were fond of her.

"She was a larger lady who always wore that waitressing uniform," says Panos. 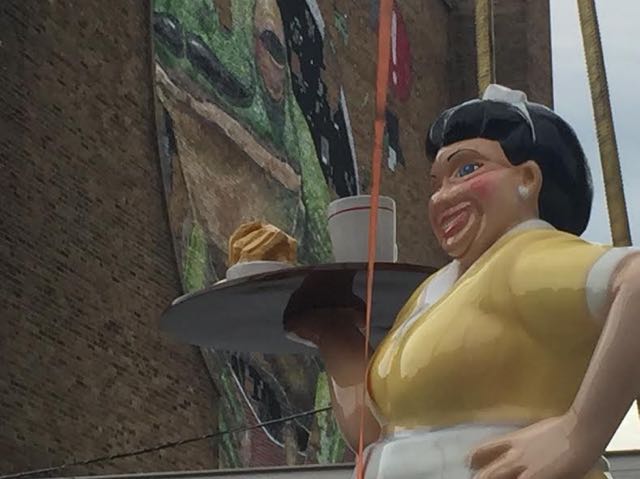 Years ago, a rendering of Ma's image became the restaurant’s logo, but Panos’ kids encouraged him to take it a step further and create a statue, too. The statue arrived this morning via truck from northern Wisconsin, where it was made.  Milwaukee-based Silly Monkey Animation Studios created the statue.  It was designed by Brian Mennenoh and Tim Decker.

The statue will be covered for most of today while a crew brings in a new restaurant sign that will stand in the parking lot.

Panos says he plans to remodel the restaurant in early 2017.

"For now, we’re just welcoming back Ma," he says. 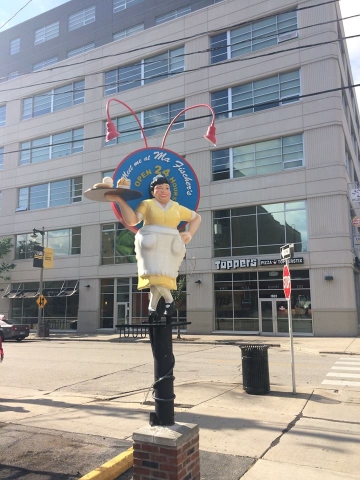