By Matt Mueller Culture Editor Published Jan 15, 2016 at 4:06 PM
For more "Making a Murderer" coverage, including the case's unanswered questions and other potential suspects, click here.

Thanks to Milwaukee Record, we now know about "They Didn't Do It," Brad Dassey's Christian rap track dedicated to his incarcerated half-brother Brendan. Apparently, however, that's just the tip of the "Making a Murderer" merchandise iceberg. The bizarre, creepy, horrifying merchandise iceberg.

According to Yahoo!, there's a whole world of unofficial fan-spawned creations on Etsy for your perusal  and bafflement. For instance, there's this lovely "Making a Murderer" sticker pack. You, too, can decorate your laptop or notebooks with images of your favorite real-life "Making a Murderer" characters, like Steven Avery and Brendan Dassey – both convicted murderers and both included in the "Good Guys" sticker pack. 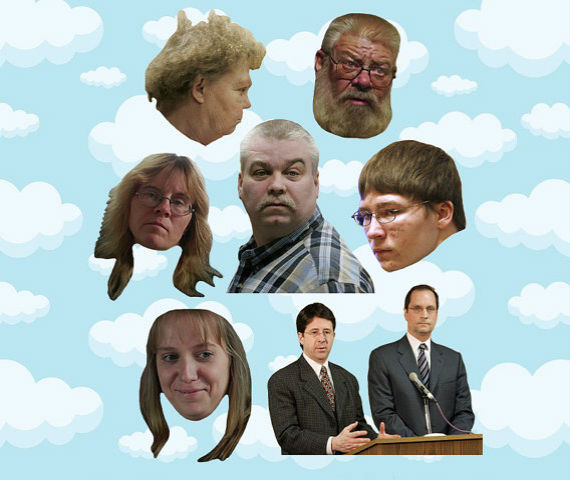 Or perhaps you'd like this Avery's Auto Salvage T-shirt. Sweet reference to a place known almost solely because an innocent woman was brutally murdered, bro! 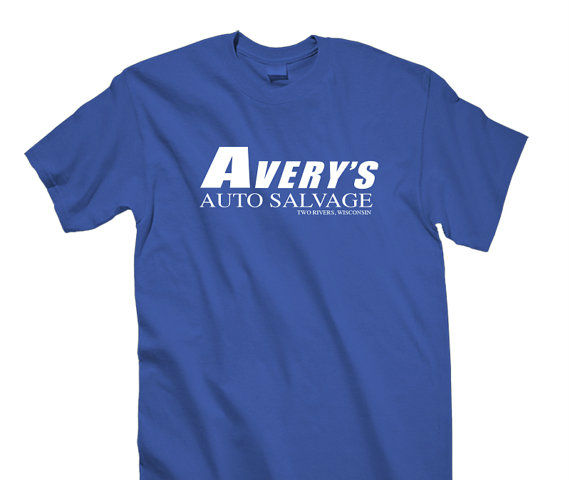 You want a painting of new normcore icon Dean Strang to hang on your wall, show off to your friends for a laugh at a get-together and then take down in about a month when everyone's moved on to the latest hot viral story? Etsy has that (or did; it's now sold out. Drat!). That's in addition to the hefty supply of handmade Strang and Buting Valentine's Day cards to say to your dearest, "Hey, I love you, and I chose a reference to a documentary about a real-life brutal murder to express that love." 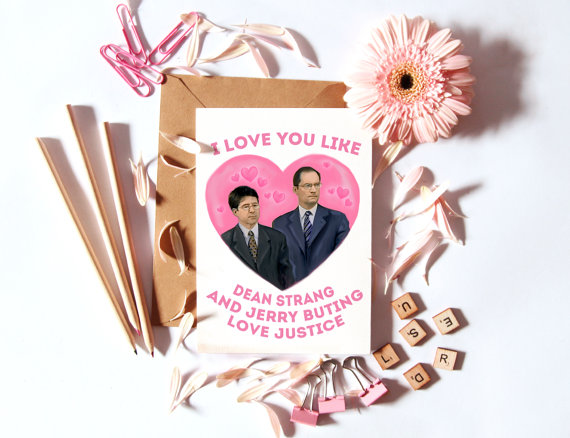 I know we all consumed and watched "Making a Murderer" like entertainment, but it's not. These are real people in a real story that is, above all else, a tragedy that ended a woman's life in horrific fashion. So the idea of treating the two men found responsible in a court of law for her murder – by a jury that saw more than a 10-hour Netflix documentary – like fun, ironic celebrities is beyond unsettling, even before you label the two as the "good guys" on a cutesy sticker pack. It's like that unofficial, fan-made "True Detective" season one shirt that read, "I Am The Yellow King," seemingly unaware that the wearer would be claiming to be a murderer and a rapist.

And sure, there's a chance that Avery and Dassy are actually innocent and victims of a frame-up. But that doesn't make your handmade Steven Avery Valentine's Day card any less spine-chillingly casual. At best, you're giggling at a miscarriage of justice that took several years of two men's life, a sign of an intensely corrupt police department and a young woman's now unsolved murder. At worst, you're gigglingly glorifying two killers attempting to manipulate their way to freedom. Is your #trending Avery Auto Salvage t-shirt worth that?

It's no fun to be a pearl-clutching moral scold, and I myself enjoy some good black-hearted humor, some jokes to help the dark aspects of life go down just a little easier. But after spending the last several weeks squeamishly putting up with watching people go on a blurry-eyed crusade to free two convicted killers – based on a overtly subjective documentary whose case grows weaker and weaker with every passing day and every new report – this stuff is where I officially call foul.

Somehow, the "Making a Murderer" fandom has created something even more unsettling than anything in the actual documentary. So congratulations; now cut it out.