Earlier this week, Thrillist posted a listicle of "The Most Badass Buildings in America You've Probably Never Heard Of" and included Milwaukee Art Museum's Quadracci Pavilion.

Earlier this week, Thrillist.com posted a listicle of "The Most Badass Buildings in America You've Probably Never Heard Of" and included Milwaukee Art Museum’s Quadracci Pavilion.

The site's T.M. Brown quoted the late Zaha Hadid saying, "Architecture isn't only about shelter. It should be able to excite you, to calm you, to make you think," and went on to write, "Architect Santiago Calatrava's buildings always end up looking like Dinobots, and the Milwaukee Museum of Art is no exception. One of the best things about the museum is the ‘Burke Brise Soleil,’ giant wings that fold open every morning and lower at night or during bad weather."

While we surely won’t quibble about the badass-itude of Santiago Calatrava’s first building in the United States – completed in 2001 – it seems hard to believe that it’s a place "you’ve probably never heard of."

After all, Conde Nast Traveler called it one of the world’s 12 iconic buildings.

It was featured in a Victoria's Secret ad.

It was a Bing cover photo. 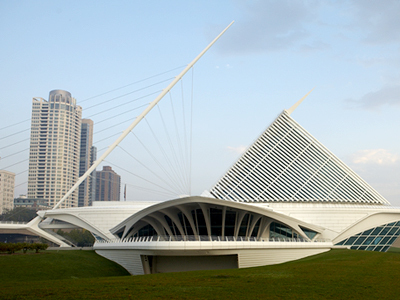 Smithsonian magazine called it a "must-see."

It’s been in movies.

A TV show was inspired by its design.

Climbing to the top of it also helped spur my Urban Spelunking series, though I admit that doesn’t have much of a profile outside our humble city limits. 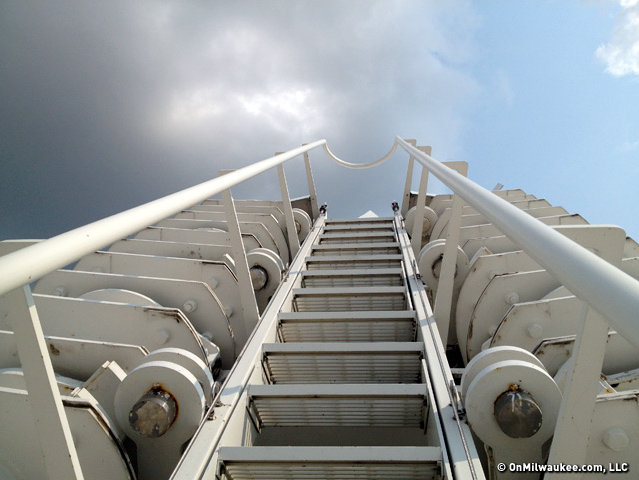