Someone stole a painting from Maria's Pizza, 5025 W. Forest Home Ave., and the family desperately wants it back. OnMilwaukee is offering a reward for its return.

Someone stole a painting from Maria’s Pizza, 5025 W. Forest Home Ave., and the family desperately wants it back.

The painting, a paint-by-number portrait of Jesus carrying the cross on his back, disappeared from the wall within the past couple of weeks, most likely during the dinner rush that’s experienced nightly at the beloved Italian restaurant.

The painting is part of a set and looks similar to one still on the wall. It also has the exact same frame. Check out the missing painting in the top photo (OnMilwaukee was pretty stoked to find this in its archives!) and compare to the remaining painting that's similar in style (in photo below). 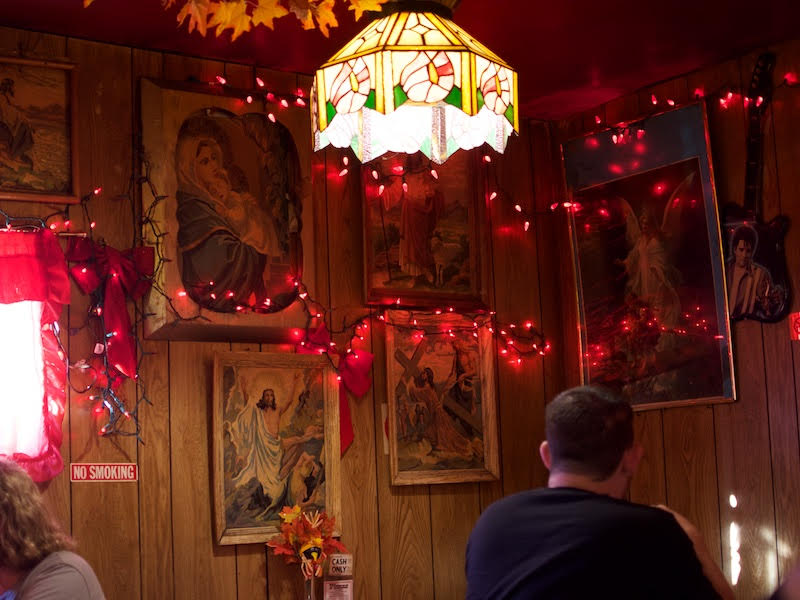 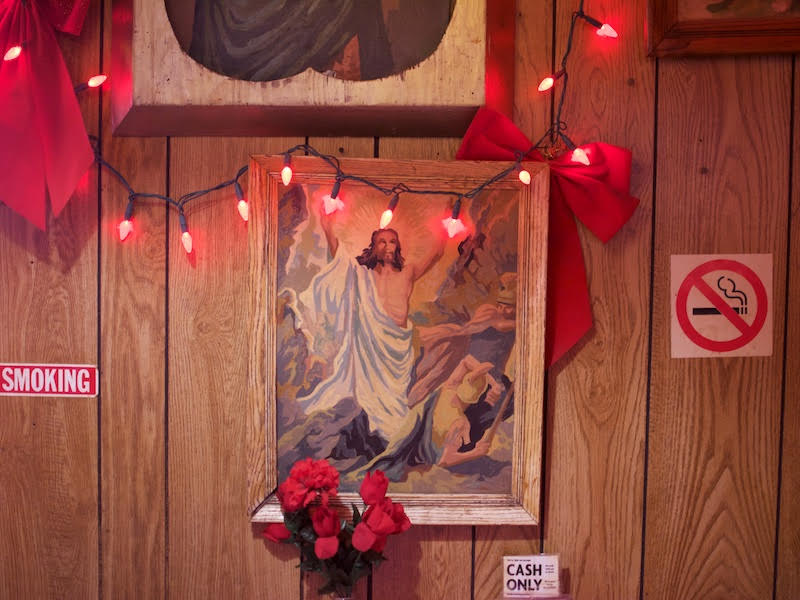 Co-owner Bonnie Crivello says the panting has tremendous sentimental value for herself and her family. Her father, Walter Traxel, painted many religious paint-by-number paintings in the mid-1950s, before he opened his first Maria’s Pizza on 7th and Greenfield Avenue.

"My mother loved those paintings and so when they opened the restaurant, my father hung them on the walls," says Crivello. "Later on, my mom had a priest from St. Patrick's (a church near the original restaurant's location) come and bless all of the paintings."

Because the paintings had been blessed, when the family opened their second location – the remaining eatery on Forest Home – Crivello's mother did not want them moved. After she passed and they sold the original restaurant, they were finally transported.

"We weren't planning to ever move them again," says Crivello. 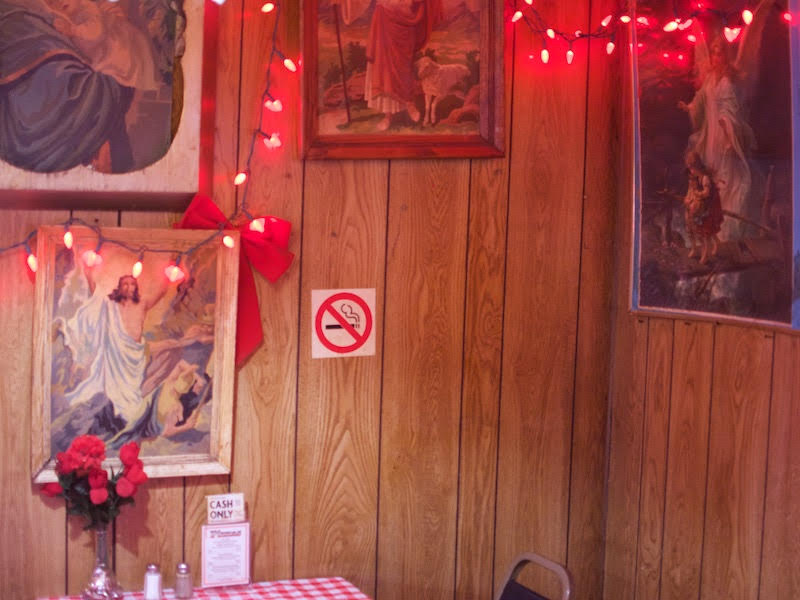 Crivello hopes someone has information about her father’s painting so she can get it back on the wall of her restaurant with the others.

"When I saw it was gone I thought, ‘are you kidding me?’ I just couldn’t believe it," says Crivello.

OnMilwaukee is offering a large Maria’s pizza to anyone who provides information that leads to the return of this painting. 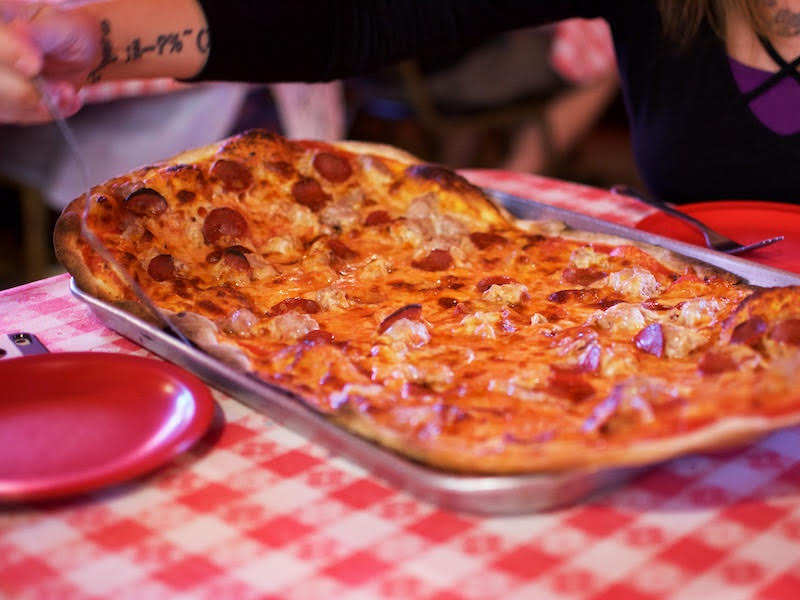