Marshmello cooks up a crowded, colorful and crazy good time at Summerfest

While the pun-loving part of my brain would love to say the show was bad for the sake of using the phrase "roasting Marshmello," the truth is the DJ threw one hell of a party, delighting the absurdly large crowd that gathered at the Miller Lite Oasis.

Whoever is booking the EDM shows for Summerfest’s Miller Lite Oasis stage must have a sweet tooth.

Last year brought Steve Aoki, famous for chucking sheet cakes at his audiences, and Thursday night the Big Gig brought out Marshmello – named after his white bucket-shaped helmet, sadly not after a similar habit of tossing the tasty treats into the audience.

And while the pun-loving part of my brain would love to say the show was bad for the sake of using the phrase "roasting Marshmello," the truth is the ascendant DJ star threw one hell of a party, delighting the absurdly large crowd that gathered at the Miller Lite Oasis to end Day 2 with an EDM dessert. 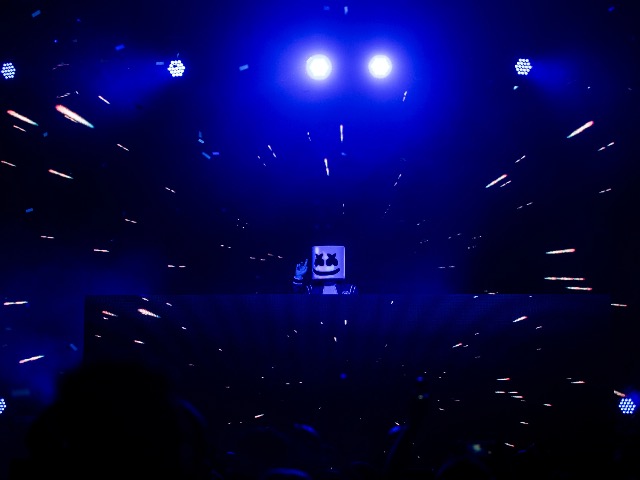 The biggest thing to happen to marshmallows since "Ghostbusters," the DJ – allegedly identified as Christopher Comstock, formerly known as Dotcom before he donned his famous headgear – began his career back in 2015 on SoundCloud, growing into fame with help and praise from fellow EDM superstars like Skrillex. Since then, his career’s jet-puffed into mainstream radio popularity, scoring hit songs with pop stars like Khalid and Selena Gomez.

The climb to fame hasn’t come without controversy too, however, namely in the form of an undercooked beef with fellow masked EDM artist Deadmau5. And admittedly, comparing Marshmello’s now-famed helmet to his mouse-eared predecessor, it’s hard not to notice … inspirations.

However, any fears that Marshmello is just a generic clone, hopping aboard the EDM bandwagon while it’s still gathering speed – like, say, a famous hotel heiress – were quickly squelched by the DJ’s high-energy collection of crowd-pleasing hits at the Miller Lite Oasis. 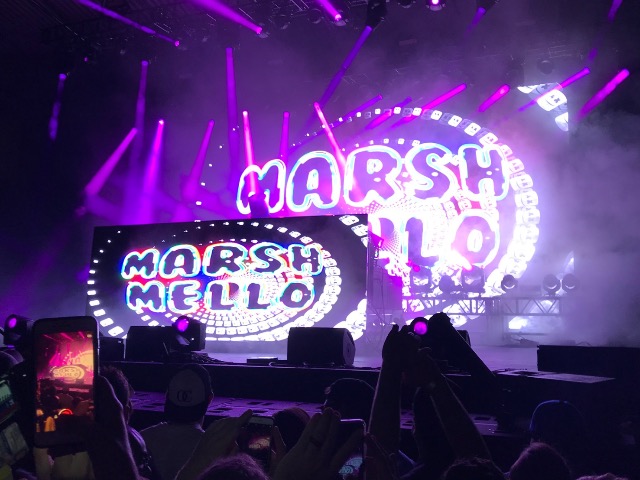 Introduced by a tongue-in-cheek "Lord of the Rings"-inspired video of a robed Marshmello perched on an epic mountain, the DJ climbed behind his stage clad in his signature helmet – complete with psychedelic glowing lights built inside, making him look like a sentient smiley lava lamp. From there, save for some brief tech trouble requiring a short visit from a stagehand, the night turned into a ceaseless rave, bouncing smoothly from hit to hit, cathartic bass drop to cathartic bass drop.

The mix hit plenty of the expected beats, sampling from Kendrick Lamar, Cardi B, the recently murdered and highly problematic XXXtentacion, and Calvin Harris – just to name a few – to his own two albums of material, "Joytime" and "Joytime II."

The show got an extra spark, however, from Marshmello’s regular oddball detours and occasionally eclectic selections. I don’t know what I was expecting Thursday night, but it certainly didn’t involve a sing-along of The Killers’s "Mr. Brightside." "Sweet Dreams (Are Made of This)," "Don’t Stop Believin’" and "The Vengabus" also made surprising extended cameos during the set. Sure, maybe they didn’t fit, but they didn’t kill the energy either, keeping the audience on its feet as well as on its toes for whatever might come next. 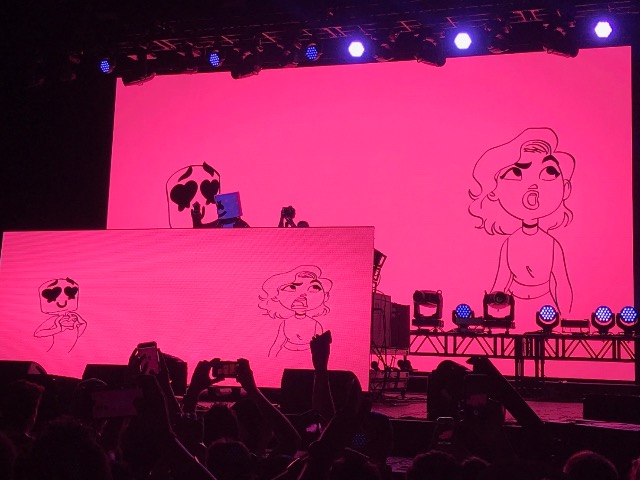 The kooky, colorful animations easily made up for some of Marshmello’s live performance deficiencies. The DJ’s interactions with the crowd were a little low on personality, as well as a little low in volume. As it turns out, it’s hard to really make somebody’s words out when they’re talking through a plastic bucket – not that the muffled asides sounded like they had much special to say beyond the typical requests of "Make some noise, Milwaukee," or "Let’s go crazy!" 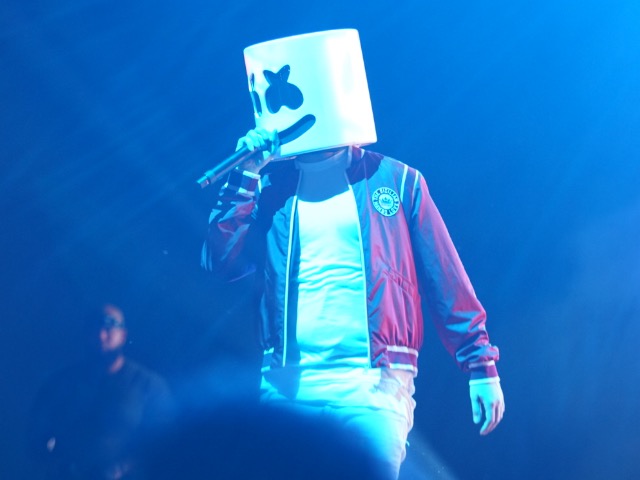 But the star of every EDM show – especially one hosted by a guy rendered blank behind a helmet – is the music and light show, and in that regard, Marshmello delivered for his massive crowd. (Some reports said the gathering reached as far back as the waterfront.) Wrapping up with his two most recent Top 40 collaborations – "Wolves" with Selena Gomez and the Nice Guy tell-off anthem "Friends" with British pop star Anne-Marie – the concert clocked in at just 75 minutes. Considering how well he’d filled the time with his barrage of beats and bright visuals, no one seemingly noticed. The complaint-free young crowd left happy – and happily wanting s’more.