Chicago's Matt Rodin earned the role of Hedwig in the upcoming Milwaukee Rep performance "Hedwig and the Angry Inch." Rodin was surprised to learn he had so much in common with the fictitious East German transgendered woman.

Matt Rodin was skeptical about auditioning for the part of Hedwig in the upcoming musical by the Milwaukee Repertory Theater, "Hedwig and the Angry Inch."

He had heard of the bold rock musical that depicts a transgender East German woman and her journey to musical success and true love, but he was fulfilled with his life in New York City and all that he was accomplishing there.

"My boyfriend, however, encouraged me to audition. I admitted to him it seemed like a stretch and, in all honesty, really hard. And the thought of auditioning made me feel insecure and unsure of myself," says Rodin. "But then he said to me, 'That's exactly what Hedwig feels. Show up for the auction and use it.'"

Shortly after Thanksgiving, Rodin was offered the role of Hedwig and he accepted it. He is now temporarily living and rehearsing in Milwaukee and will remain here throughout the duration of the show that runs Jan. 28-March 8 in the Stiemke Studio. 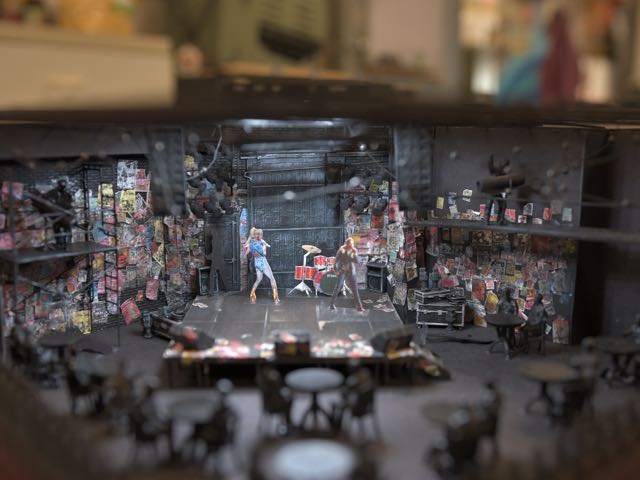 After he found out he earned the role, Rodin immersed himself in research about the show and the character of Hedwig. He quickly determined that the score was the most "absurd and possibly the best" score he'd ever heard. But even more surprising for Rodin was how much he connected with Hedwig on a person-to-person level.

"Hedwig is motivated by love. She needs love from her audience and from Yitzhak (played by Bethany Thomas), but eventually realizes what she really needs is love for herself," says Rodin. "And oh I get that!"

Rodin, who grew up in suburban Chicago and graduated with a BFA in musical theater from the Boston Conservatory, eventually moved to New York City. He pursued music, podcasting, emceeing and red carpet coverage for Broadway.com, but he didn't think he was the right fit for professional musical theater.

"I have always been into being myself and doing my own thing rather than trying to be 'bookable' or what the industry is looking for," says Rodin.

This approach meant fewer gigs for Rodin, but the ones he did secure felt very right, and the role as Hedwig has put an exclamation point at the end of Rodin's promise to be 100 percent himself all the time.

"In retrospect, everything I've been doing for the past four or five years in New York has led me to this role," he says. "Like Hedwig, love is at my core and everything I do is an effort to tap into people's light to connect more deeply."

Although he misses his life in New York City, Rodin is happy to be back in the Midwest which will allow friends and family living in Chicago to see him perform for the first time.

"I'm not sure they know what they're getting themselves into," laughs Rodin. "If anyone asks me what is 'the angry inch' I just say it's Hedwig's backup band."

For tickets and more information about "Hedwig and the Angry Inch" click here.