Mayor walks streetcar route section with workers who are building it

As part of his Walk 100 Miles in 100 Days Challenge, which takes Mayor Tom Barrett on strolls in neighborhoods around town, hizzoner walked a section of the streetcar route Wednesday morning with some of the construction workers who are building it.

As part of his Walk 100 Miles in 100 Days Challenge, which takes Mayor Tom Barrett on strolls in neighborhoods around town, Barrett walked a section of the Milwaukee Streetcar route Wednesday morning with some of the construction workers who are building it.

After meeting up with and addressing a group of workers in Burns Commons at Ogden Avenue and Franklin Place, Barrett and the group headed west on Ogden, where work is ongoing on track installation.

All along this section, where the street is torn up to make way for new track, there's old streetcar track that lacerated and twisted, interspersed with old railroad ties. Back in the day the tracks were laid like train tracks, rather than as now with rail embedded in concrete. 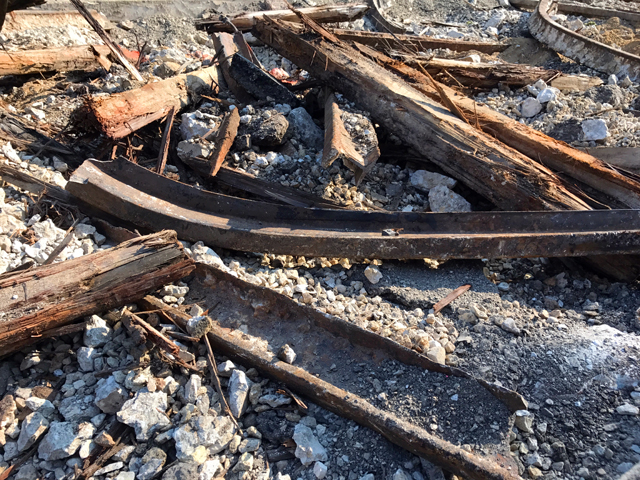 The group turned left on Jackson, where work began on track installation in early June. In about three or four weeks, work will flip to the opposite side of Jackson where the tracks are being laid one set at a time.

On Ogden, because the two sets of tracks are closer together in the center of the road, both sets can be installed simultaneously while still allowing for the passage of traffic. Work on this street began on July 17. 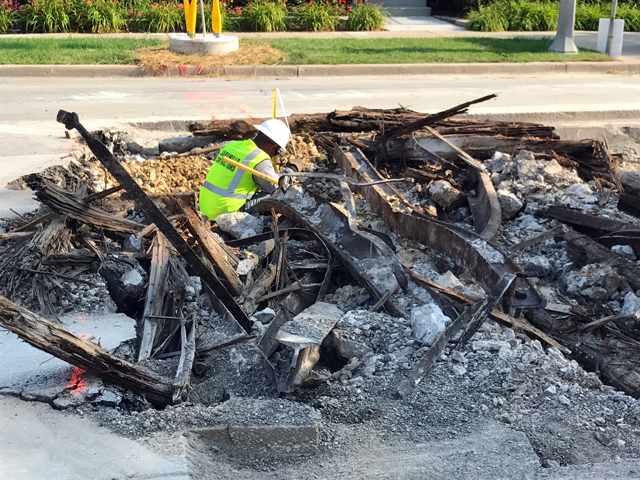 The group stopped to talk again and share a little breakfast at 600 East Cafe on the corner of Jackson and Wisconsin.

A bit further west and south, the intersection at Broadway and Clybourn reopened Monday after having been closed for two weeks. Work continues along Broadway, however, and is expected to be complete by the end of August or in early September. 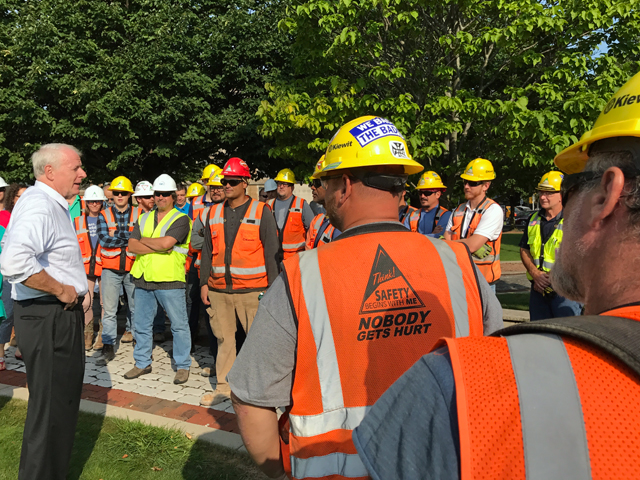 Work will begin in some new areas with the arrival of autumn. Track installation will begin on East St. Paul Avenue in the Third Ward and along Milwaukee Street from St. Paul north to Kilbourn.

Barrett acknowledged that the work has caused some headaches for some folks Downtown. 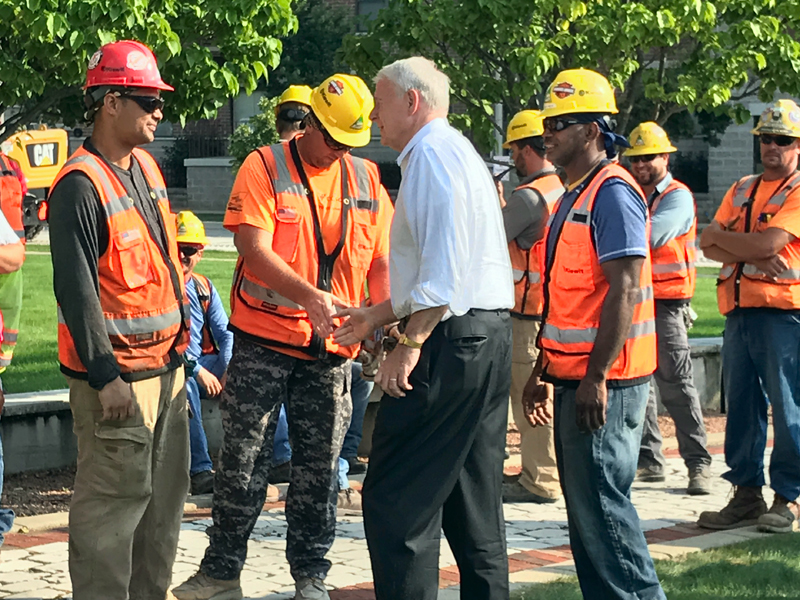 "These are temporary (slowdowns) and life will get back to normal," he said, adding that because of great weather in July, "We are on budget and on time."

The first phase of the two-phase streetcar construction project is slated to be done next year. Phase two – the addition of a lakefront line – is projected for completion by 2019.