The SparaKoff is the only streetcar like it in the world. Built in 1959 and converted to its present use in 1995, "the Koff" is a rolling bar. And if there were ever a candidate for the globe's second such streetcar bar, it would be Milwaukee.

HELSINKI, FINLAND – On a warm spring Saturday afternoon in this lively Nordic capital city, a fire-red tramcar pulled alongside the railway station tracks to let two-dozen revelers aboard.

The SparaKoff is the only streetcar like it in the world. Built in 1959 and converted to its present use in 1995, the Koff, as it is known to locals, is a rolling bar. Seating 24 with standing room for six more, it serves the local Koff beer and Jägermeister shots while rolling along Helsinki’s favorite tourist spots. 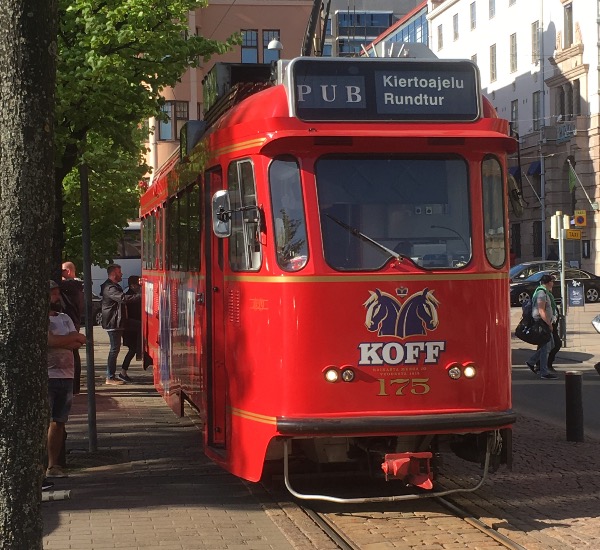 There is a flat-screen television up front to give riders a view of what the driver is experiencing. Along with its vintage gold-and-red trim and mahogany tables, it has a restroom should small bladders not be able to abide the 40-minute loop through the picturesque city by the Baltic Sea. 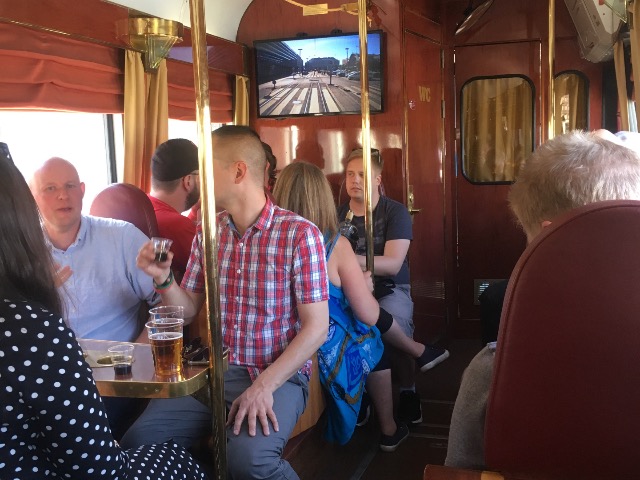 If there were ever a candidate for the globe’s second such streetcar bar, it would be Milwaukee.

And while Milwaukee’s soon-to-open streetcar system continues to draw heated political and social debate, it might be instructive to look 4,000 miles to the east for a comparative glimpse of future possibilities.

The Finnish capital of Helsinki has a city population of a little more than 600,000, roughly the same as Milwaukee’s. Wisconsin and Finland are also about the same size. Both towns have long, snowy winters.

Helsinki’s tram network, though, punches far above its weight class. One of the world’s oldest electrified streetcar systems, Helsinki’s distinctive green-and-yellow cars have been in operation since 1900, with the Koff tram as a tourist add-on. With 10 lines that cover 60 miles, the Helsinki tram carries about 200,000 passengers a day and almost 60 million a year. It operates in foul Milwaukee-like winter conditions with few problems.

While Milwaukee’s original streetcar line was razed like many in the United States during the post-World War II automobile boom, Helsinki’s tram system also faced extinction when the Finns began to enjoy personal-transportation freedom after the end of two wars with the Soviet Union brought prosperity.

But that’s where the comparisons end. While the U.S. expanded westward with the interstate-highway system, dense European cities such as Helsinki in smaller countries were compelled to embrace public transportation as a way to move the masses. With tighter environmental laws and current gasoline prices of more than $7 a gallon, small-ish Helsinki added a subway system in 1982 that also carries 200,000 passengers daily to complement its trams, buses, interurban rail and ferries in an effort to keep cars out of its 468-year-old city center. As a result, only 30 percent of Helsinki residents own cars in a city where it is prohibitively expensive to park in a downtown that hugs the Baltic Sea.

While opponents criticize the initial 2.5-mile reach of Milwaukee’s coming system, there are things Milwaukee could learn from Helsinki regarding its streetcar anxiety.

For example, bad weather is not a major obstacle.

"The worst time of the year is in autumn as the leaves fall and make the tracks slippery, and the trams need to take it slower because of extended stopping distances," said Sakari Metsälampi, planner for the Helsinki Regional Transport Authority (HSL). "Heavy-snow winters are sometimes also a problem. Mostly though, weather is not an issue, no more than it is for the buses." 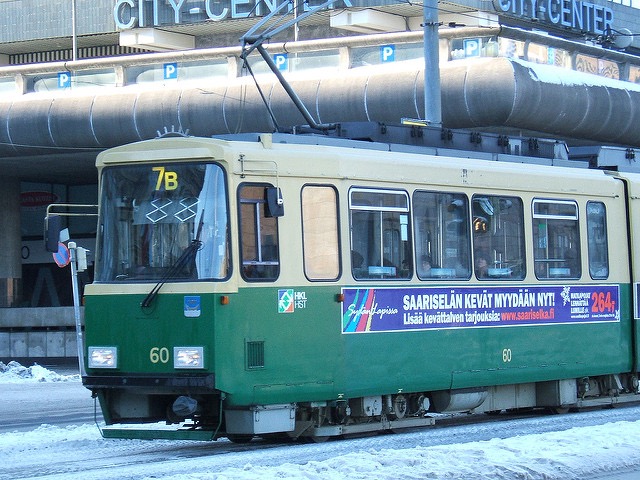 Accidents? Bicyclists must be careful to ride straight over the rails as to not get their tires stuck in the grooves, but that is a matter of personal responsibility. The same goes for cars and buses, although accidents are rare in the narrow streets of Helsinki. According to HSL’s latest figures, 18 injuries occur in a typical year.

"Also, in the winter, the tracks get slippery," Metsälampi said. "Accidents with other road users happen from time to time, even though I wouldn’t say they are that common. Buses and more likely private cars sometimes disregard their surroundings and jump in front of trams. This can be avoided by clear separation of the tracks and surrounding traffic and well-planned infrastructure solutions."

The Helsinki trams are fully handicap-accessible, with entry ramps for wheelchairs.

Of course, there are problems. Metsälampi said the Helsinki system is relatively old, which limits average speed to 14.5 kilometers per hour. There are plans to modernize the routes, but for now, there isn’t much separation with traffic as "the tracks in many parts of the network are built in maze-like small streets," he said. "Also the signal priorities leave much room for improvement. All this leads to slow and non-punctual runs, thus more expensive tram traffic."

Although Finns can be notoriously grumpy, they abide the system to a daily ridership of one-third the city’s population because it is a matter of civic pride.

"Helsinkians are mostly very proud of their city and, of course, the city’s symbol: the yellow and green trams," Metsälampi said. 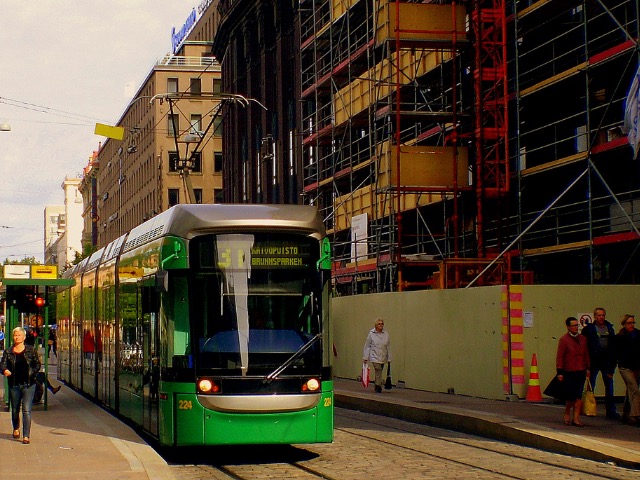 Beyond Milwaukee giving its initial limited system a chance to grow, Metsälampi said the key to streetcar success is directly linked to city planning.

"Trams attract and are able to carry a larger portion of people than buses, but they cannot create ridership," he said. "Ridership won’t rise without people or jobs near the stops or stations. There needs to be a certain number of people, either already existing or planned, or some other reason to reside along the line, to make a tram line a success."