MCC's program drops another new house into a South Side neighborhood

On Tuesday, Milwaukee Christian Center's Neighborhood Improvement Project "dropped" another modular home for low-to-moderate-income families into place on Milwaukee's South Side, in the shadow of the St. Josaphat dome near Lincoln Avenue.

On Tuesday, Milwaukee Christian Center’s Neighborhood Improvement Project "dropped" another modular home into place on Milwaukee’s South Side, in the shadow of the St. Josaphat dome near Lincoln Avenue.

MCC-NIP has now built or rehabbed 41 houses and sold them to low-to-moderate-income homeowners in the past 10 years. Four are currently for sale, including the two-story, four-bedroom, three-bathroom home "dropped" yesterday. 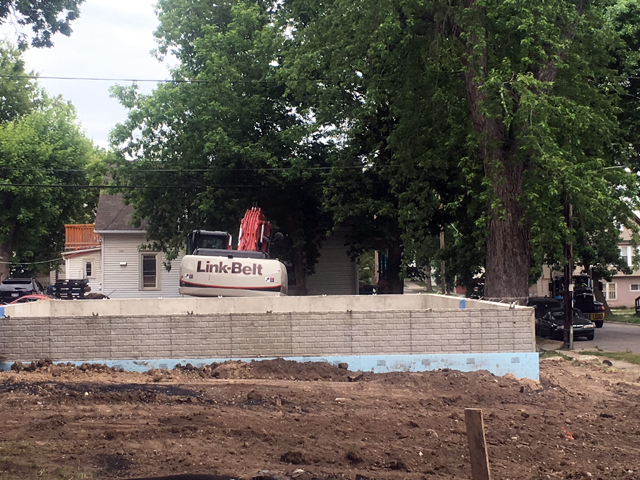 The home is for sale for $119,900 to qualified buyers. People who are interested can contact the Milwaukee Christian Center.

According to one worker on site on Tuesday, that’s a pretty great deal, considering the cost of the land, the home and the manpower required to install it surely tops $250,000. The house alone costs around $200,000.

The cost is offset by HUD funding administered by the Milwaukee Community Development Grants Administration. 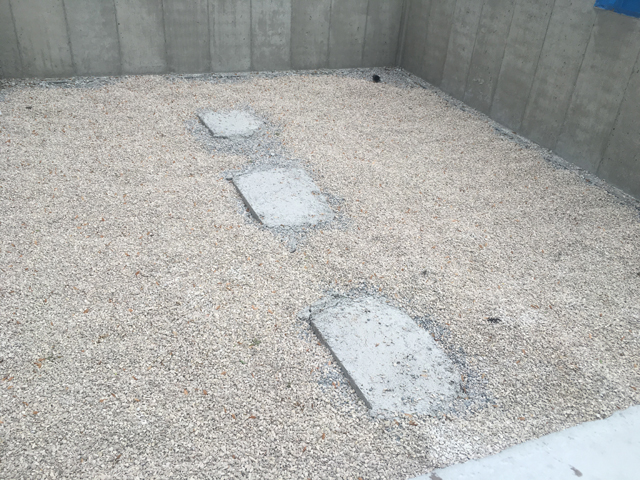 "In effect, we try to get market rate, but the market rate is lower than what it costs, and in effect we sell it to the highest bidder, but it's pretty rare that we have more than one offer. That has happened, but that's pretty rare," says John Kaye, MCC’s director of housing production.

"In order to buy one of the houses, the buyer has to, because of the federal funds involved, promise to live there as their primary residence for five years, not rent it out. They have to be under a certain income level, but it's not real stringent, it's 80% economy median, mid-50s for a family of four. Then there's a lot of other little details, but basically they have to be low/moderate income, and have to promise to stay." 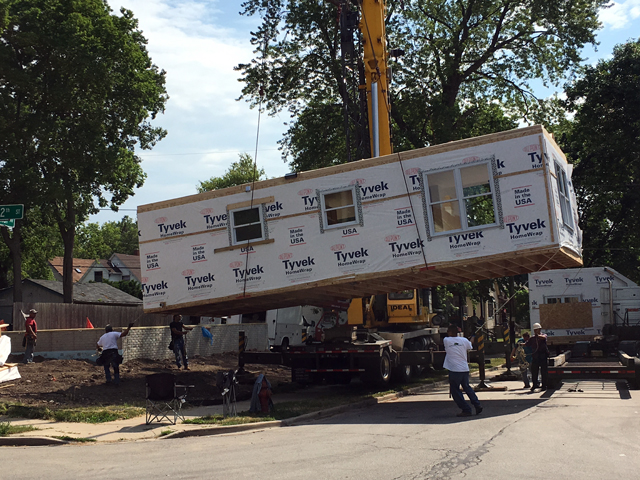 After a fire, the previous house on the lot was razed and the land was cleared. Last week, workers completed the foundation and the basement, including drain tile and sewer laterals and that sort of work.

On Monday, the house was trucked on a pair of semis – each made two trips from Friendship, near the Dells – to the Milwaukee area, dropping two of them at the site. Tuesday morning one of the drivers brought the other two pieces, navigating some pretty tight streets lined on both sides with parked cars. 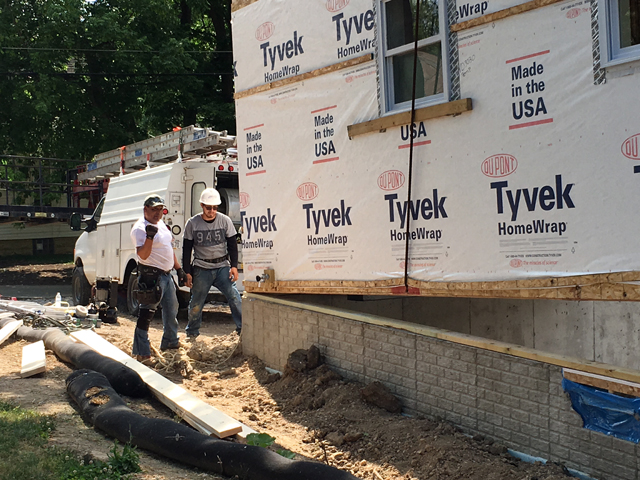 A crane lifted the four pieces – some of which had kitchen cabinets and chandeliers and the like already installed – starting with the bottom left section, followed by the bottom right, the top left and, finally, the top right.

The house is nailed to a sill atop the foundation and the marriage points are wedded together, on the outside by roof shingles, on the inside by drywall and paint, etc.

"When they get here, the drywall is all done. It's painted, it's very cool," says Kaye. 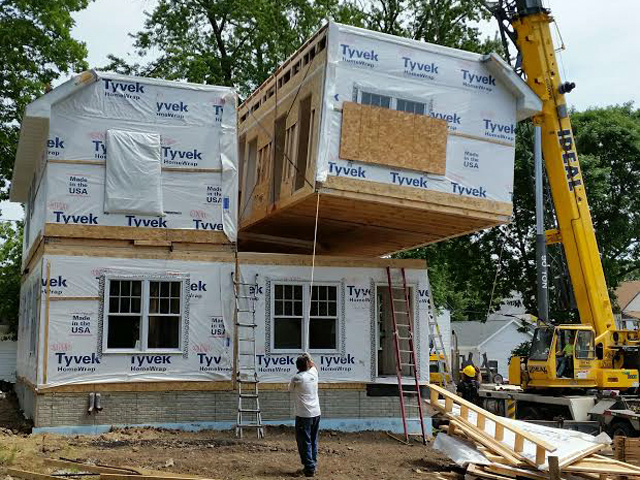 But the house isn’t quite complete at that point. The metal posts that run along the center of the basement, supporting the structure above, are added.

"Then the other trades come in," says Kaye. "The house is wired, but the electric service – actually the breaker box and everything comes with it; it's sort of hanging there and we fasten it to the wall – that has to be done by the electrician, and that's starting as soon as they set. Then the power company comes and hooks it up."

And while the water and sewer laterals are laid, a plumber must come in and plumb the interior of the house and make the connections to the laterals. And, finally, the house must be sided.

"I have them delivered without any siding," says Kaye. "You can get them (delivered already) sided, but it never matches up right between the pieces, so it's easier to just side the whole thing here."

"Our Neighborhood Improvement Project (NIP) started in 1976 and is the oldest and largest owner-occupied rehab program in Milwaukee. We have provided free code-compliance repairs for over a 1,000 low-income homeowners in Milwaukee," reads a press release.

"YouthBuild has been training and educating young high school drop-outs for over 10 years, in that process we have built and sold 14 new houses to low-moderate income homeowners, and have two more finishing construction, with accepted offers from buyers. Handicapped Accessibility Project (HAP) builds free wheelchair ramps and lifts for low-income disabled homeowners.

"Our Community Housing Development Organization (CHDO) housing production project is the program dropping this new home. We rehab foreclosed homes and build new homes, all for sale to low-moderate income homeowners. We have completed and sold 23 houses and have two more sales pending."

How to move from renting to buying