Here are some of the most interesting objects in the new Milwaukee County Historical Society exhibition, "Revealed: Milwaukee's Unseen Treasures," which runs through April 25.

The number of objects in storage at most museums is astonishing and the same is definitely true at the Milwaukee County Historical Society, 910 N. Old World 3rd St., which is challenged for regular display space.

Curator Ben Barbera is intimately acquainted with the many pieces of Milwaukee history that comprise the society’s vast collections. A desire to share those objects is the impetus for "the museum’s 2020 feature exhibit, Revealed: Milwaukee’s Unseen Treasures," which opens Tuesday, Jan 14.

Displays throughout both levels of the society’s Downtown home are now filled with unique and interesting tidbits from across the city’s history.

"This is a new type of exhibit for us as it doesn’t focus on one major theme such as music, sports or beer, and instead, allows for a rare compilation of artifacts to come together and for their relationship to Milwaukee to be reflected on and explored," says MCHS Executive Director Mame McCully.

"Revealed will provide an interesting representation of our community, not just our history," adds Barbera, "What we collect says a great deal about who we are as individuals, and how we come together to be the people of Milwaukee County."

I went over to take a look and found some interesting things, from a variety of shovels used for groundbreaking events on many Brew City buildings, to giant coffee grinders to a desk used by Solomon Juneau and a giant plaster Wisconsin seal that is believed to have adorned the courthouse that once faced Cathedral Square.

"I took some interns and we grabbed the biggest and heaviest things we could find in the warehouse," quips Barbera, suggesting that a show like this offers a rare chance to show some of these bigger pieces.

"I’ve been looking at these things for five years now," he says. "I figured it was time for others to see them, too."

Here are some of the most interesting objects in the exhibition, which runs through April 25. For more information, visit the Society’s website, milwaukeehistory.net. 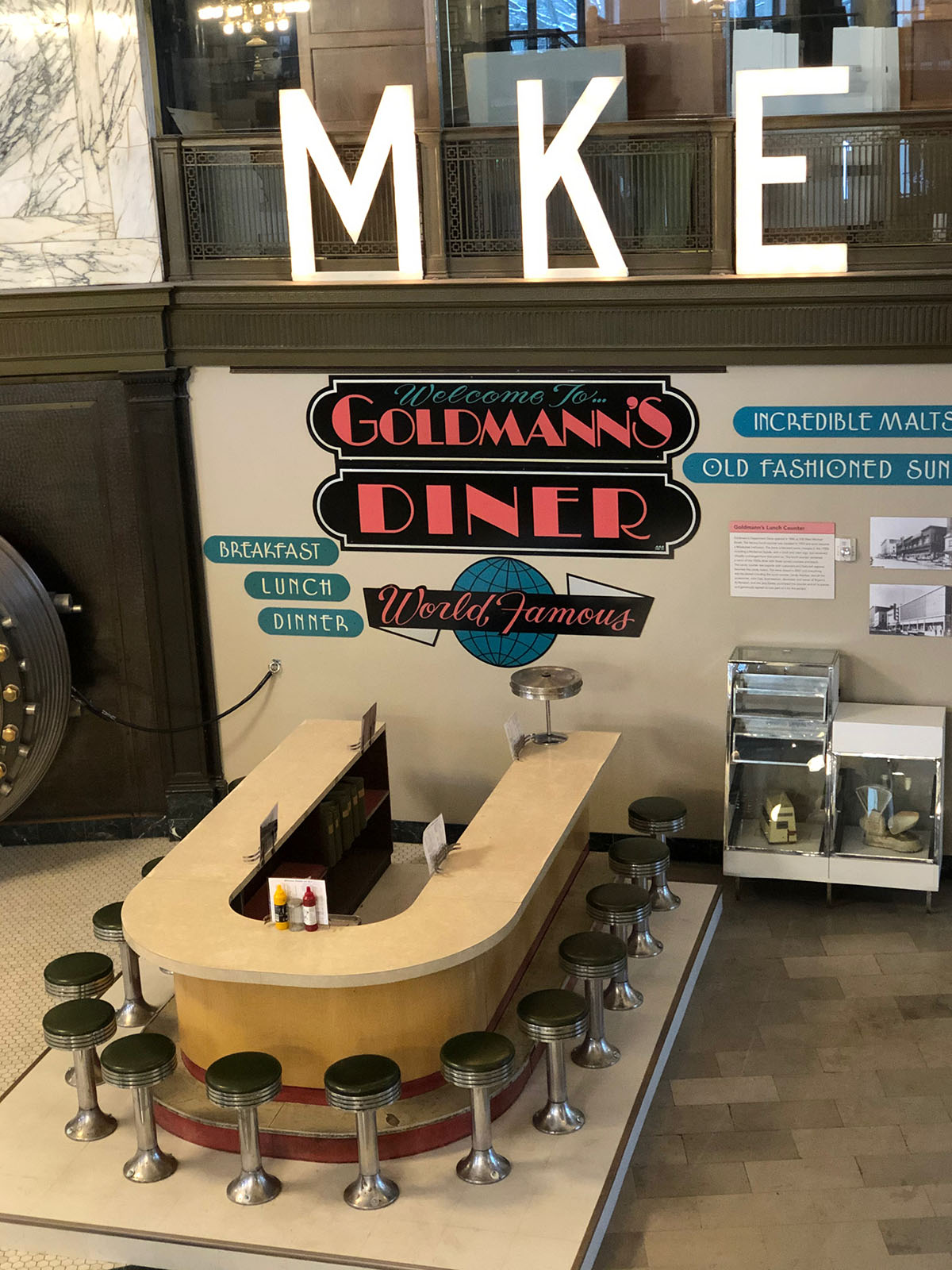 When Goldmann’s closed in 2007, it was not only a blow to Mitchell Street but to all of Milwaukee, where, as in most cities, department stores once ruled supreme and were magnets for their selections and their eateries, of which the lunch counter at Goldmann’s was one of the most beloved. Now owned by John Dye, who owns Bryant’s, The Jazz Estate and At Random, a portion of the counter, as well as some candy display cases, can be seen in this new exhibition. 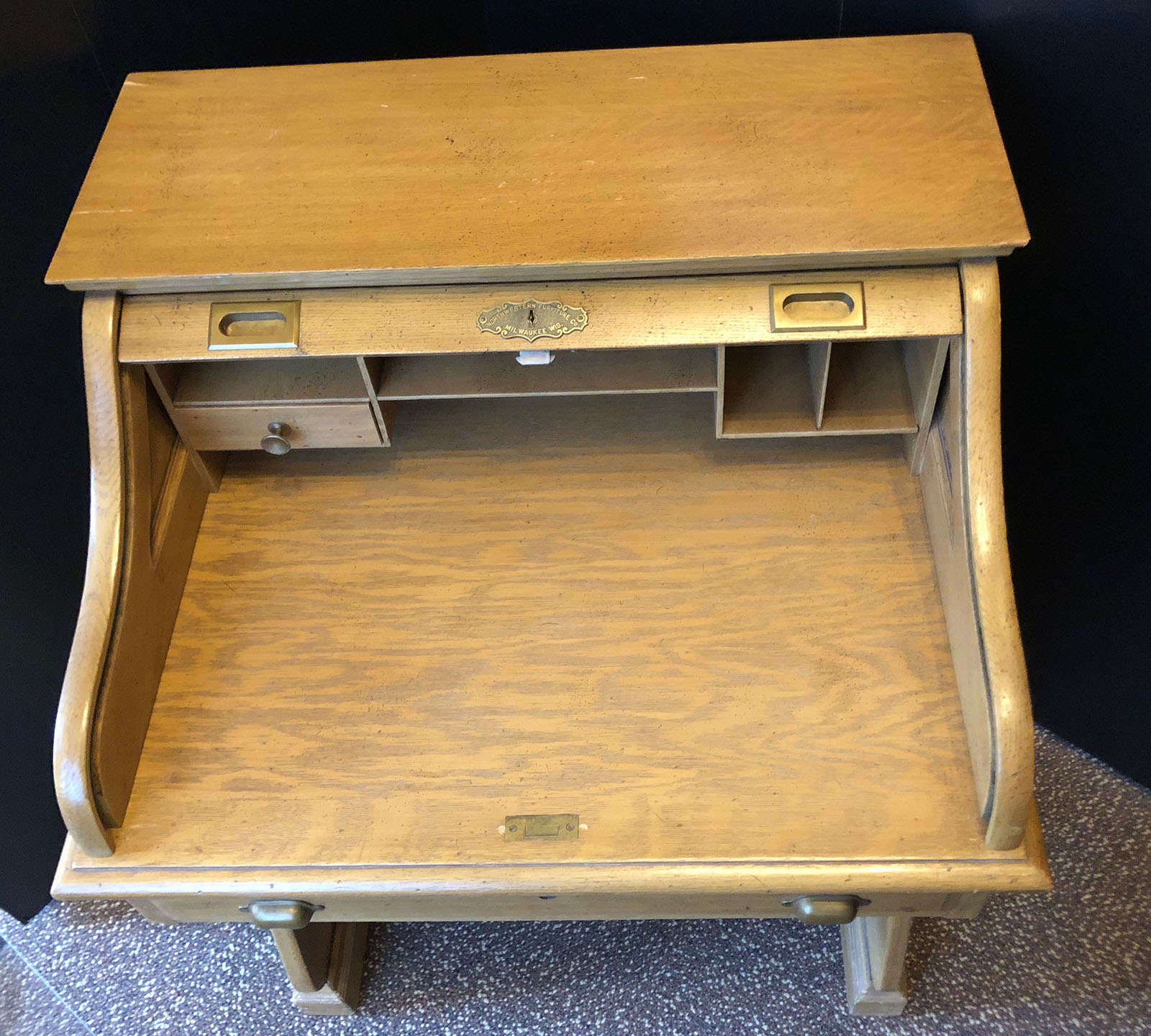 A piece of plane fuselage from the 1954 plane crash that killed Frederick C. Miller, head of Miller Brewing Company 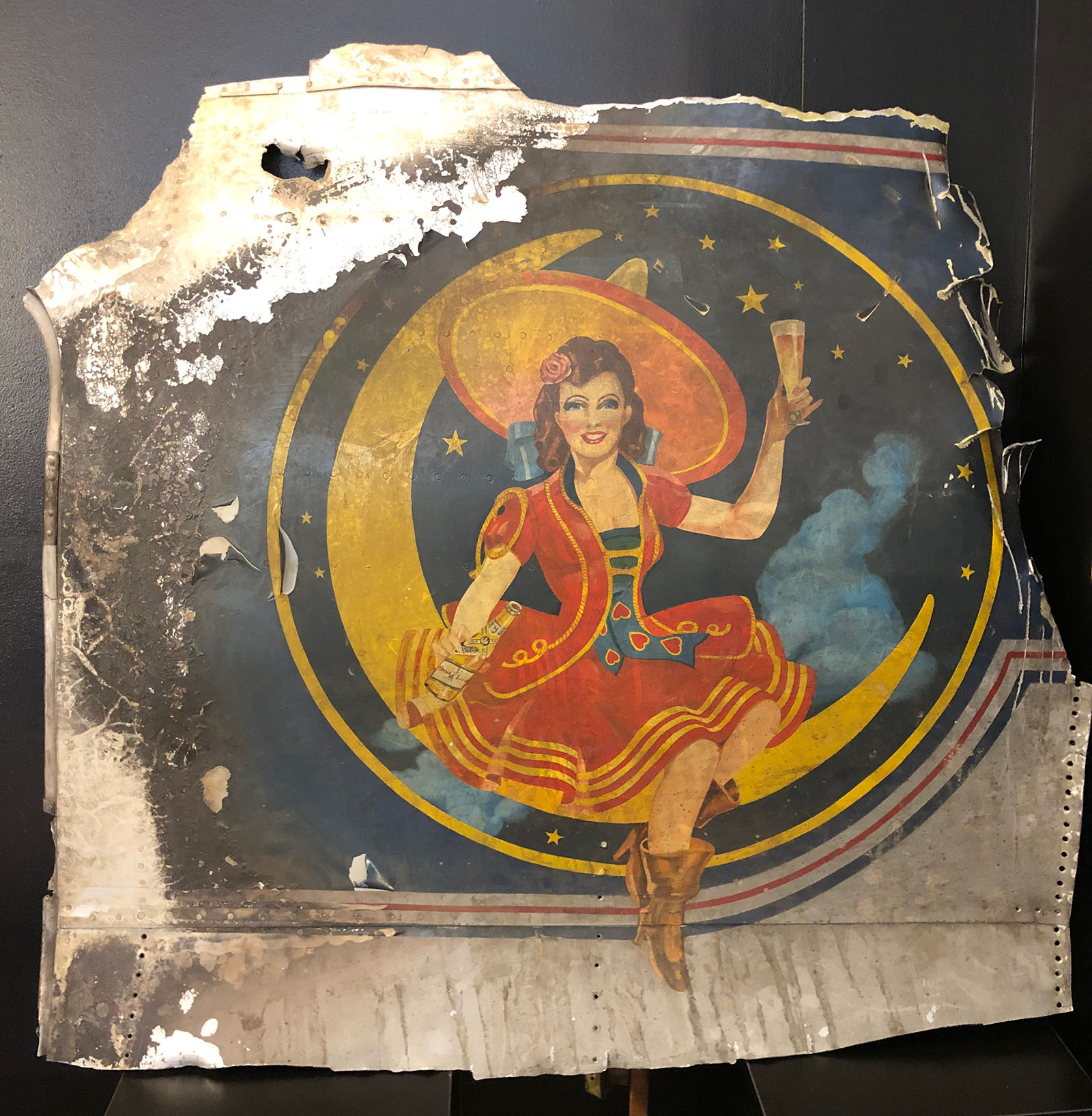 Frederick C. Miller was the grandson of his namesake founder of Miller Brewing and became the company’s president in 1947. Alas, in 1954, his died in a plane crash along with his son, two pilots and two employees. A piece of the fuselage of the plane, depicting the famous Girl in the Moon, is in the exhibit.

Model of Downtown Milwaukee, circa 1900 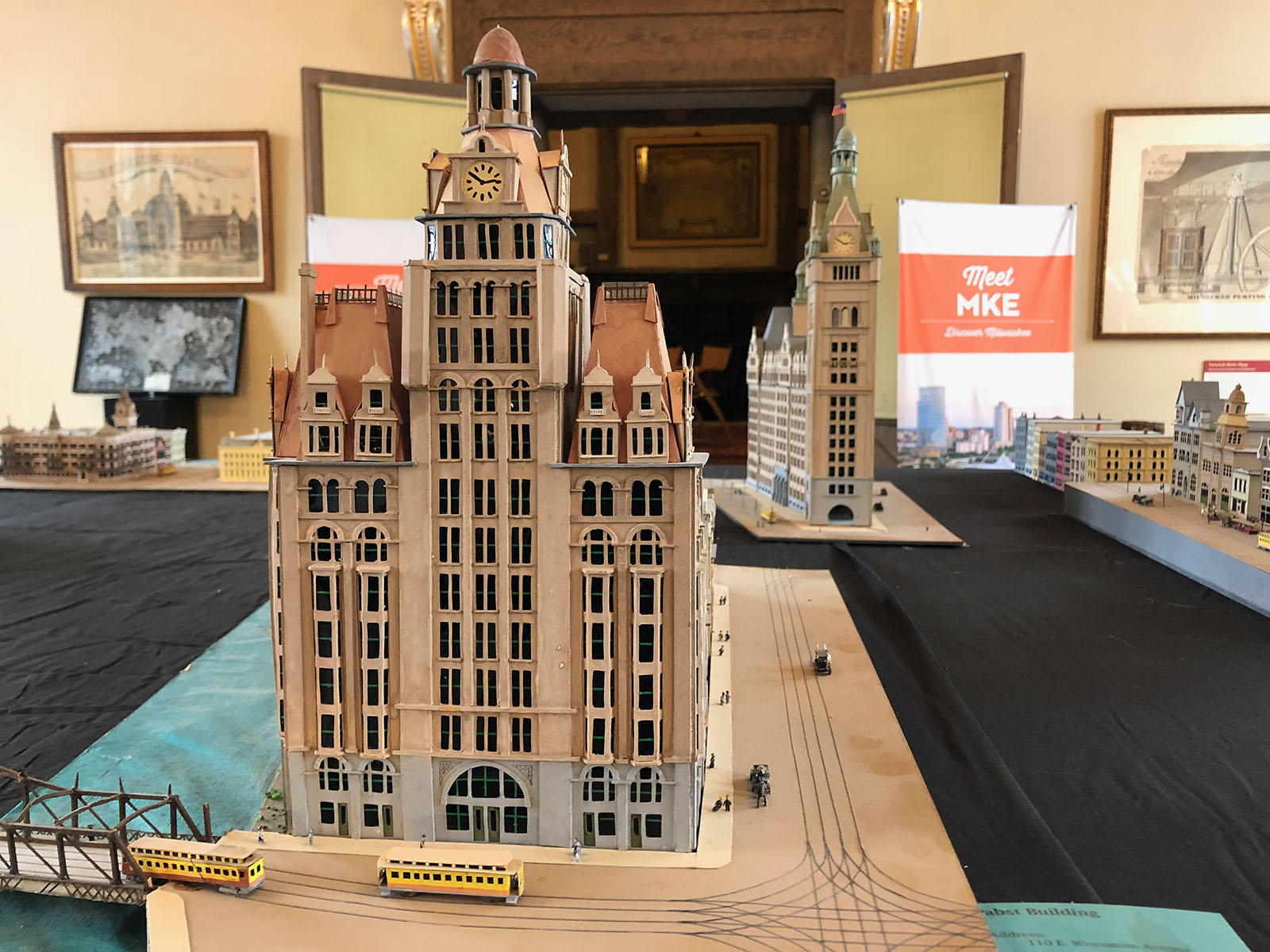 Ferdinand Aumueller, who worked in advertising in Milwaukee, spent part of his retirement years building scale models of Downtown as it appeared in 1900. Aumueller, who died in 1971, created a 60-square-block mini Downtown from State to Clybourn, 5th Street to Jackson. And, yes, it is very amazing. 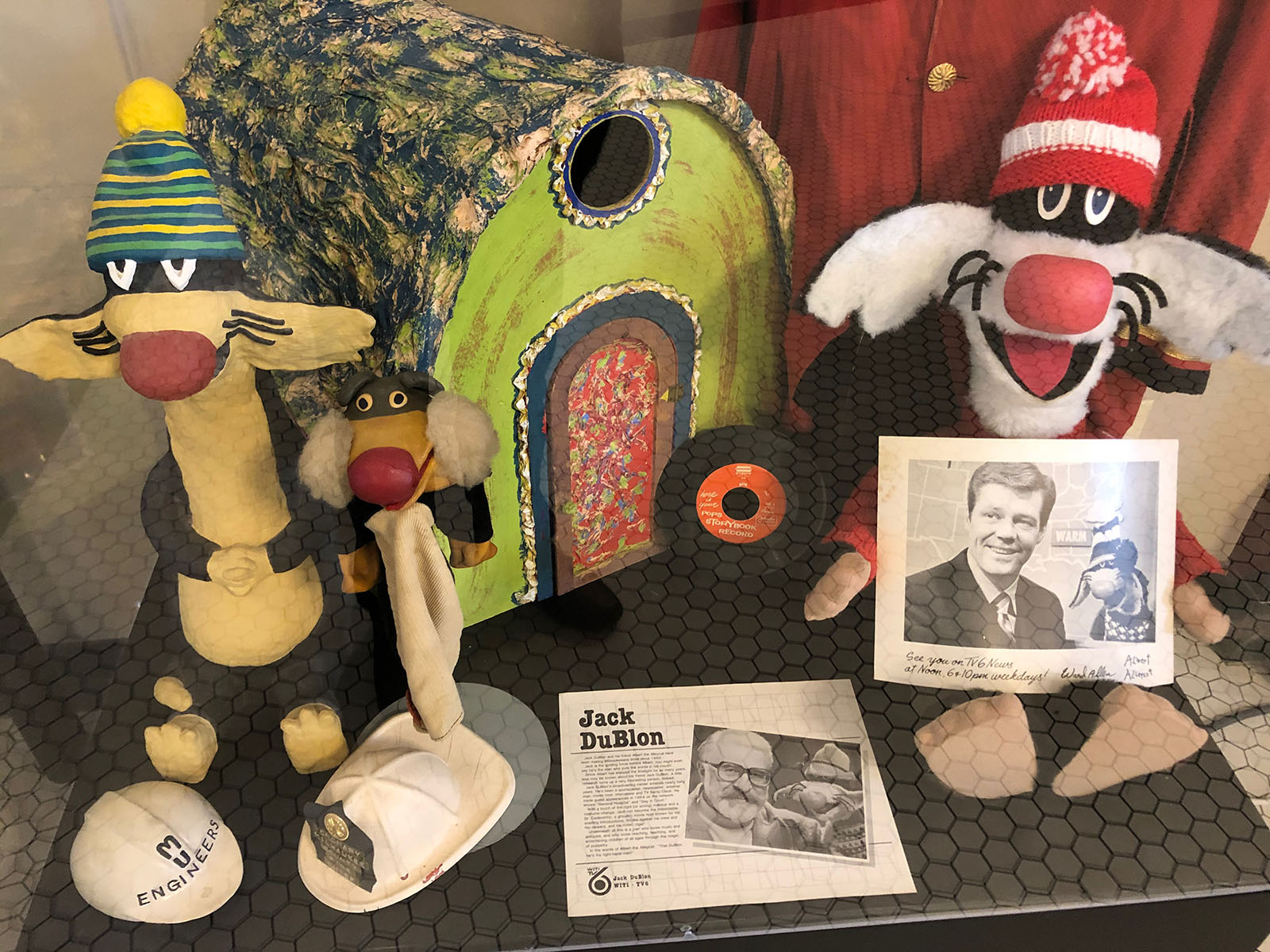 The famous television weather-forecasting cat – a creation of Jack DuBlon – remains a beloved figure in local media lore. The show has a variety of representations of Albert, as well as vinyl records, signed photographs and other ephemera. 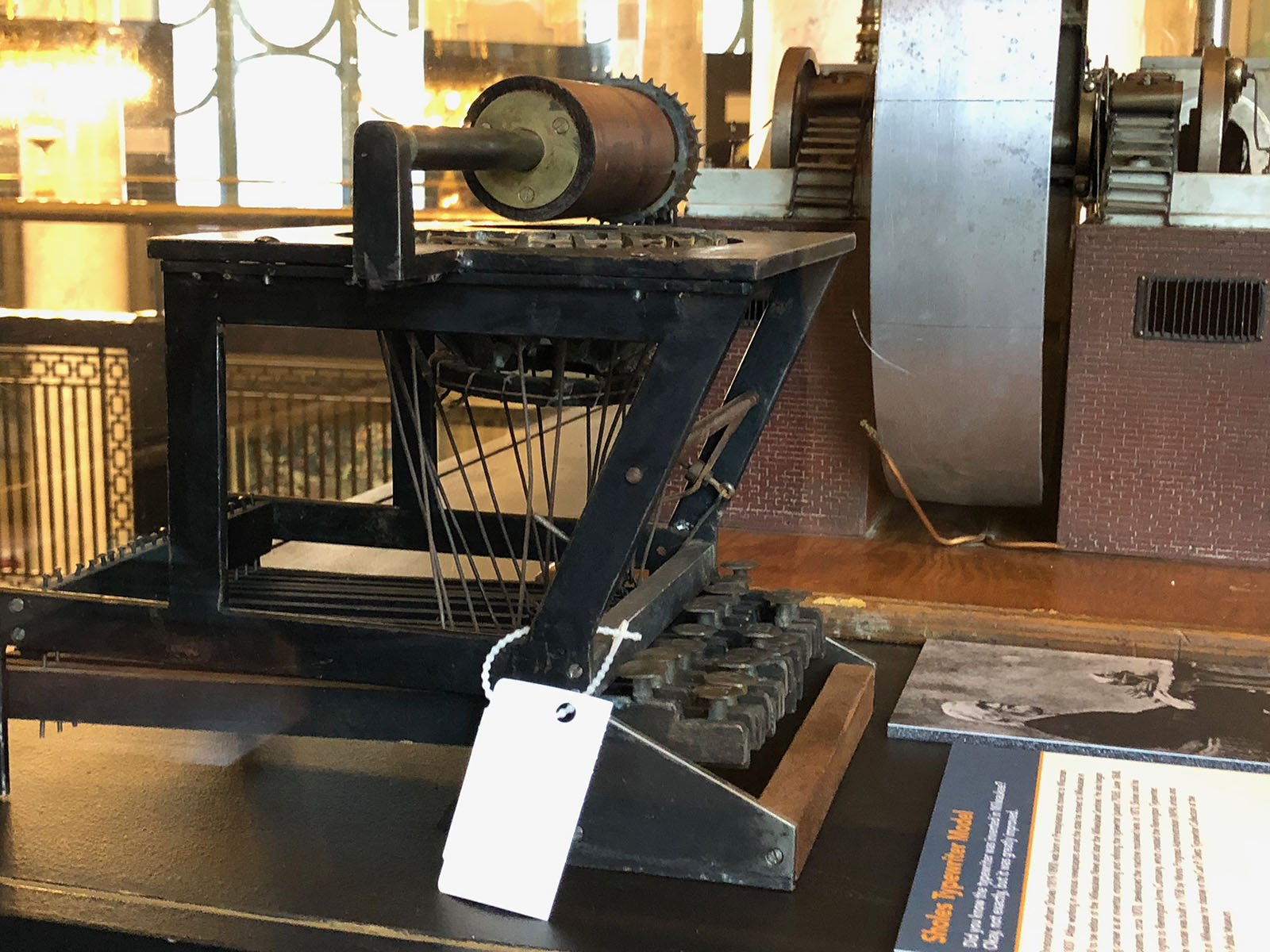 Most of us know that Christopher Latham Sholes designed the prototype for the modern typewriter in Milwaukee, but have you ever seen one? "Revealed" has this 1938 replica of Sholes’ 1870 design.