Milwaukee County Historical Society has partnered with Visit Milwaukee to create a small exhibition that offers a quick overview of Brew City history for kids, visitors to the city and others. It's on view now at the museum at 910 N. Old World 3rd St.

Milwaukee County Historical Society has partnered with Visit Milwaukee to create a small exhibition that offers a quick overview of Brew City history for kids, visitors to the city and others. It's on view now at the museum at 910 N. Old World 3rd St.

"They'll learn a little bit about Milwaukee history, learn a little bit about what's going on in Milwaukee today and use that information to go off and explore the city," MCHS curator Ben Barbera says of the exhibit, which fills the museum's second-floor Cudahy library, a half-timbered space that opened in 1976 as a re-creation of the library in the family's hunting cabin.

"I took this opportunity to pull out some of our best artifacts and treasures that don't necessarily see the light of day very often, but are either historically relevant or significant in some other way, and brought them out to show them off."

We asked Barbera to walk us through and point out some of the most interesting items.

Portraits of the founding fathers

"We have the portraits of the founders of the city. Byron Kilbourn, Solomon Juneau and George Walker. I definitely wanted to show them off and have them looking over the room, seeing what they created." 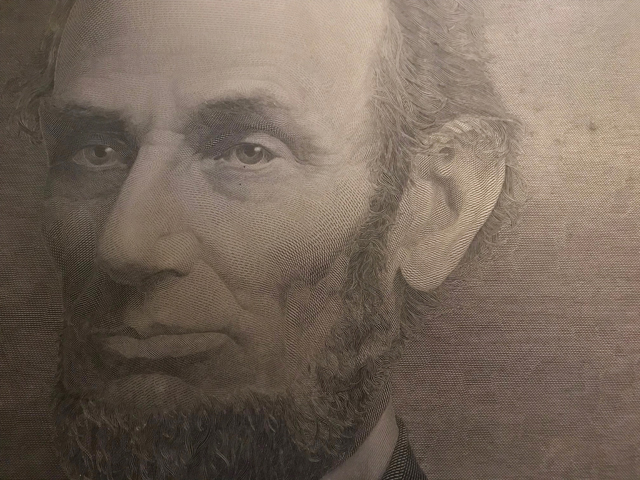 Maybe the most interesting piece is this lithography plate. This is a Gugler (Lithograph) plate. It's one of the most famous renditions of Lincoln. It was done soon after he was assassinated, and there were a couple of different printings of this in the 1800s and they're still on sale today. But we have the actual plate that was recovered by the Gugler family and then donated to us. This piece is pretty cool." 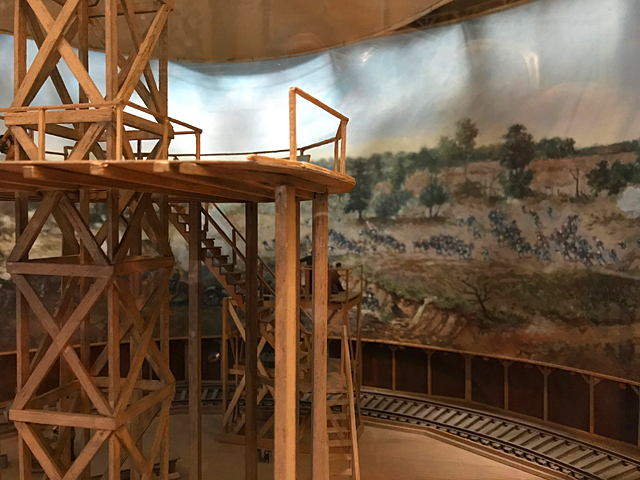 "This is our panorama diorama, so a model of them creating one of the panorama paintings. It (offers) a look at the process, really. What's cool about this diorama is they've shown where you have the sketches and the grid work and everything. They were working off of sketches and miniature prints and then doing it writ large." 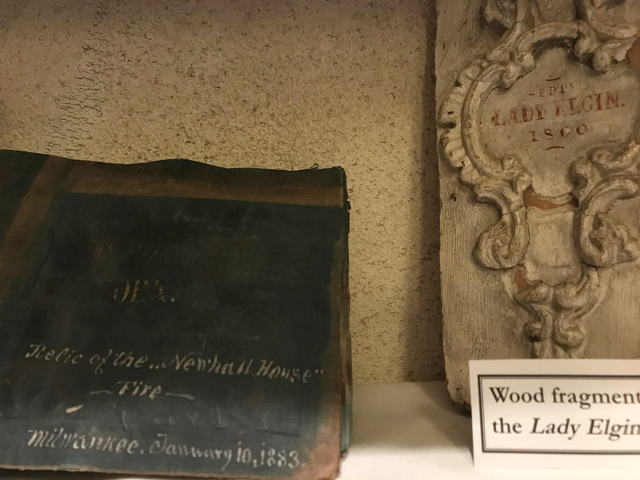 "We have pieces of the Lady Elgin on display. This was the big shipwreck in 1860 where a huge proportion of the Irish population of Milwaukee went down in the wreck right before the Civil War. Then we have a few other things: mementos from the Newhall's House fire and the Third Ward fire." 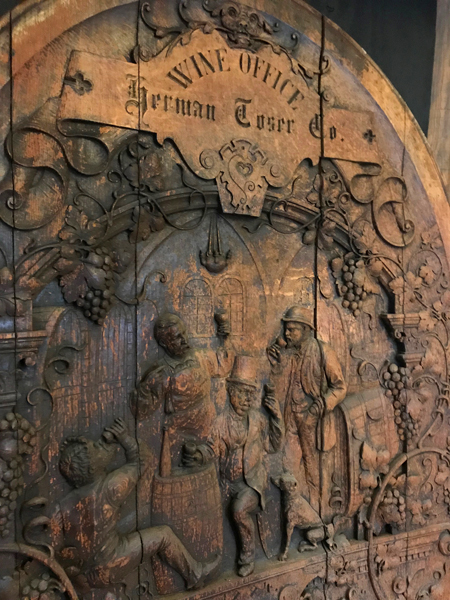 "This wine cask is from Toser's Weinstube, which was THE place to drink wine in Milwaukee from around 1872 to 1920." 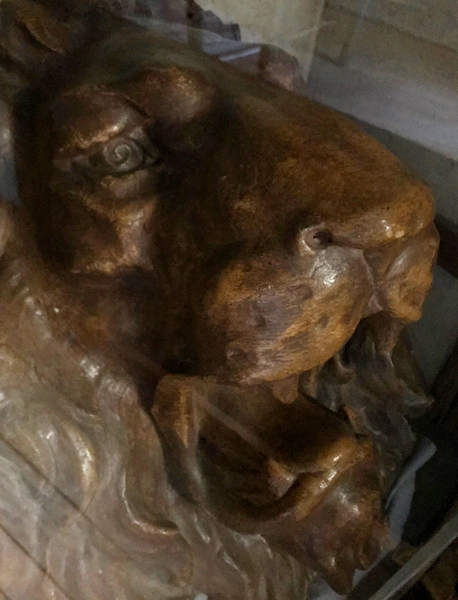 "The lion is from the Washington Park Zoo; it's off of the lion house. It was rescued by one of the zookeepers at the time. He went on to be one of the creators of Lake Wisconsin at the (current) zoo. They were about to destroy the house and he took the face off of the house and saved it. It was donated to us by his daughter." 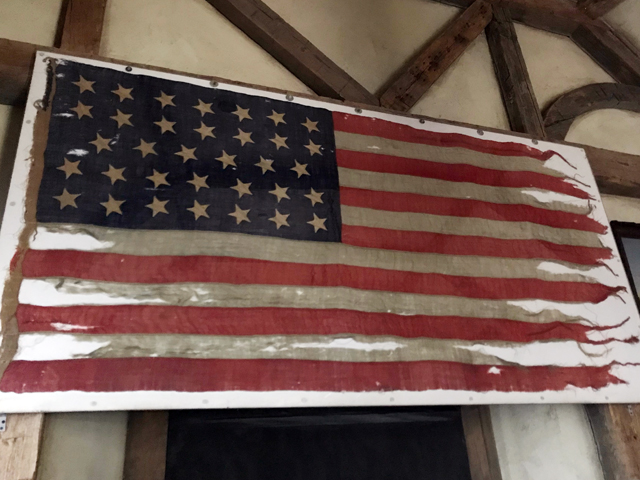 "This is reported to be the 7th Artillery battle flag from the Civil War."