Giannis Antetokounmpo isn't the only Greek Freak in Milwaukee getting ready for a playoff bracket battle, as the Greek Freakburger takes on the P.H.A.T. A.S.S. burger in the first round of Merriment Madness at Merriment Social.

Giannis Antetokounmpo isn't the only Greek Freak in Milwaukee getting ready for a playoff bracket battle.

The Bucks star's tasty counterpart, the Greek Freakburger, is one of eight customer-created burgers about to face-off in Merriment Social's Merriment Madness contest.

Each week, two burgers dreamed up by regulars at the Walker's Point restaurant will duke it out for supper supremacy, with the four dishes with the most votes in each matchup moving onto the Final Four, then the championship game, with one inventive burger earning one shining moment on Merriment Social's regular dinner menu.

We can't confirm if there will be nets for the chomp-worthy champion to cut down as well, but the contest winners will definitely receive a private party to celebrate their culinary creation.

The first first-round burger battle stars none other than the Greek Freak(burger). Created by regulars Jessica and Nate, this baller burger tops a quarter-pound beef patty with braised lamb shank, marinated cucumber, a fondue of saganaki cheese (otherwise known as Greek fried cheese), spinach Boursin, black olive aioli and shredded romaine lettuce – all packed between a pita bread bun. This glorious Greek-influenced slamwich needs to Eurostep into our mouths immediately. 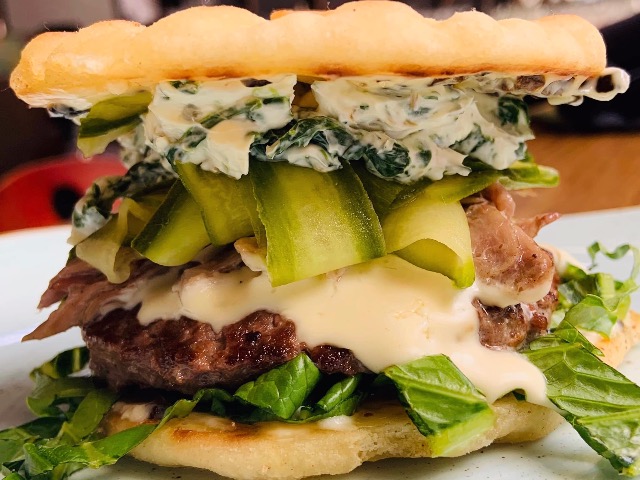 But wait! While the actual Greek Freak and the Bucks are still waiting to find out who they'll play in the first round of the NBA playoffs, the Greek Freakburger's competition is locked in – and it looks a lot tougher (not to mention tastier) than the Detroit Pistons or the Charlotte Hornets.

Stepping into the arena against Jessica and Nate's Greek Freakburger is a culinary concoction developed by a group of Merriment every happy hour regulars who call themselves the American Sandwich Society ... aka A.S.S. 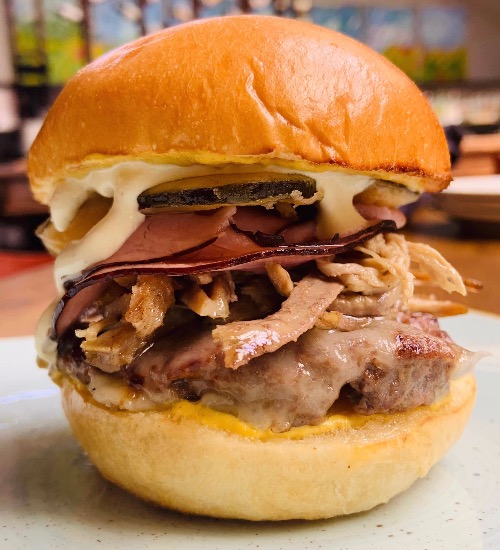 So it's a basketball bad ass against the P.H.A.T. A.S.S. in the first round – and the winner comes down to you. To judge these juicy patties, drop by Merriment Social, 240 E. Pittsburgh Ave., during happy hour (4-6 p.m.) Tuesday through Friday this week and order either burger.

You'll then receive a voting card to place your tally for one of the two battling burgers, with the sandwich scoring the most votes moving onto the next round. And the burgers aren't the only potential winners, as each time you vote, you'll be entered into a raffle for a $500 gift card. That's a lot of burgers!

Speaking of a lot of burgers, this first-round heavyweight food fight is just the beginning of Merriment Madness – so stay tuned for more burger bracket matchup mania. (And psst ... for those craving a burger while watching the actual Greek Freak at Fiserv Forum, there is a Merriment Social inside the arena at the mezzanine club.)