As Miller Brewing Company prepares to celebrate 165 years in Milwaukee, a new mural has appeared on the wall of the Valley brewery's brewhouse building, on the site where Miller High Life was created 120 years ago.

As Miller Brewing Company prepares to celebrate 165 years in Milwaukee, a new mural has appeared on the wall of the Valley brewery’s brewhouse building, on the site where Miller High Life was created 120 years ago.

Though astute folks will have already noticed the towering Girl in the Moon on the "Home of High Life" mural, the company officially unveiled it today.

The mural replaces one that was painted in 2007 (pictured below) that had the Miller logo and beer pouring from the mouth of a bottle. That one, according to Miller Brewing's Matt Schmidt, was beginning to show wear. 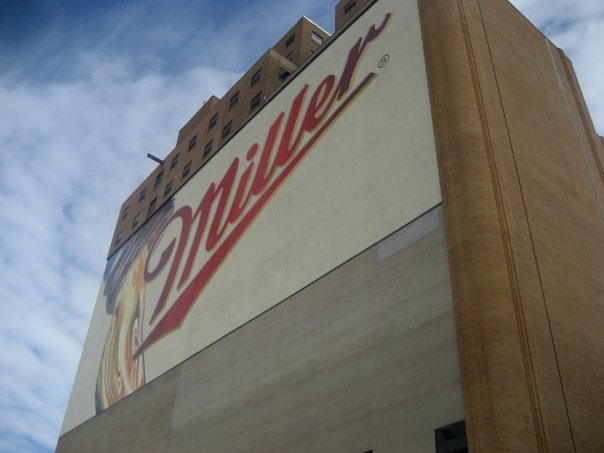 "The foundation of the mural started with Miller High Life’s agency Quaker City Mercantile (QCM)," Schmidt told me. "From there we worked with our internal creative team to adjust and incorporate the local connection. We worked with muralist and painter Adam Nilson from Nilson Studio here in Milwaukee to ensure the mural was executed as designed."

For stats fans, the new mural is 167.5 feet wide and 73.5 feet tall. After applying 40 gallons of primer, painters use 42 gallons of cream-colored paint, 22 gallons of red and five gallons of gold. 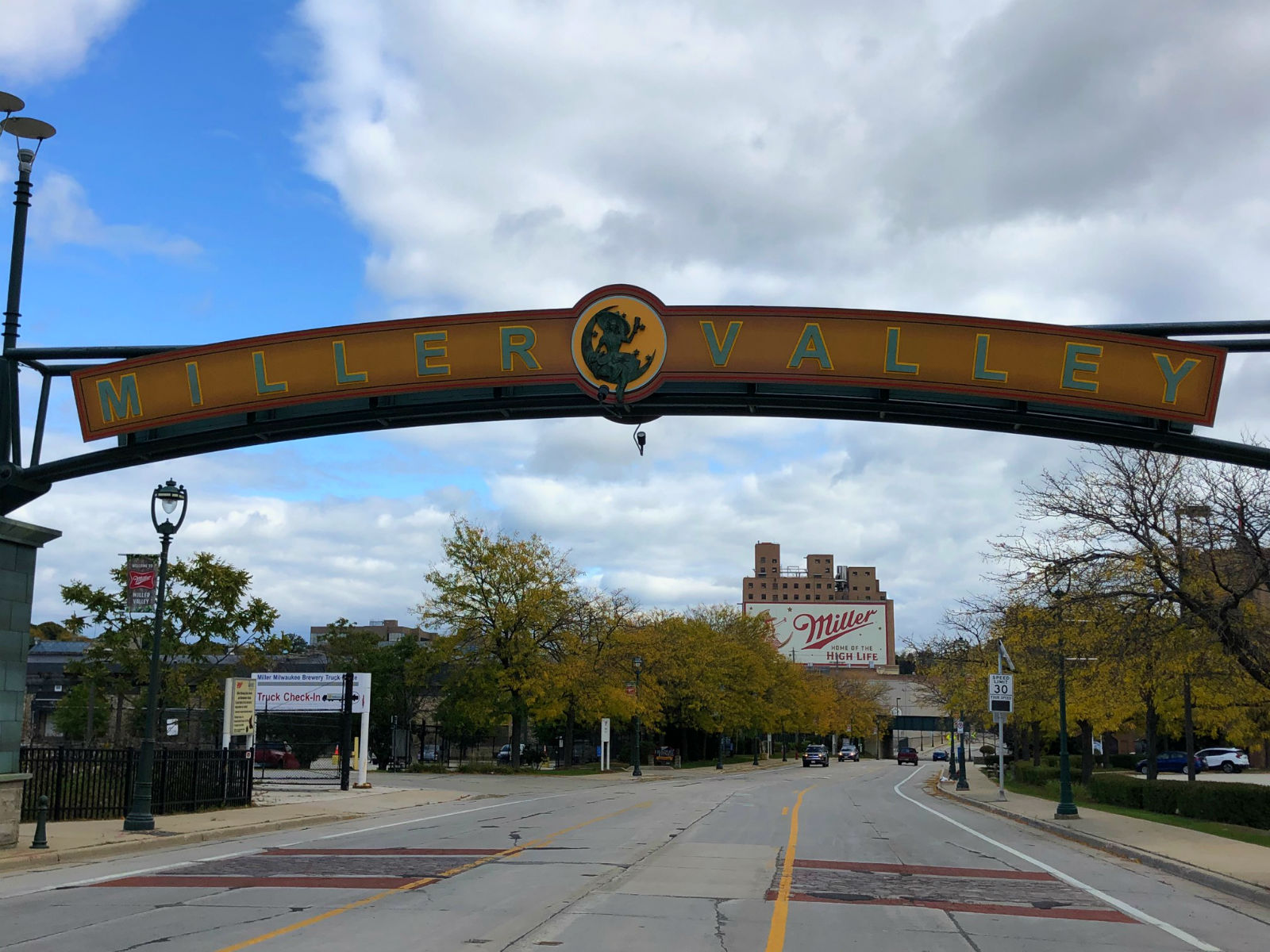 After arriving in Milwaukee from Sigmaringen, where he’d brewed beer at the castle in this town along the Danube River in the German state of Baden-Württemberg, Fred Miller bought the Plank Road Brewery for $2,300 and renamed it for himself in 1855.

For a fun look at Miller’s immigration and the company’s first 100 years, check out this 1954 film in which Hollywood actor Arthur Franz – who starred in films like "The Caine Mutiny," "The Young Lions" and "Sands of Iwo Jima" – plays Fred Miller Jr.

There’s also a lively and likely fantastical beer garden scene set in the Miller Gardens next to the brewery that suggests an origin story for the Girl in the Moon, who was introduced not long after High Life debuted on Dec. 30, 1903.

According to the film, she was based on Miller’s daughter Clara, though that’s a disputed fact, as you can read in this interesting post explaining some of the changes the girl has undergone over the years.

Whoever she is, the Girl in the Moon painted on the brewhouse building will likely be seen by nine million sets of eyes each year, reminding Milwaukeeans and visitors of the city’s role as the birthplace of the Champagne of Beers.