Miller Park is immaculate. Other than some inevitable fading and staining on the roof, it looks brand new. Compared to County Stadium, which looked old even when it wasn't, Miller Park is beautifully maintained.

Earlier this summer, I visited St. Louis for an upcoming travel article. Sitting in the "new" Busch Stadium, which opened in 2006, I was struck by just how fresh it looked.

Flash forward to last night, as Prince Fielder and Geoff Jenkins returned to Miller Park. That moment reminded me how fluid the eras feel as a Brewers fan. It seems like yesterday that Prince was bowling over his teammates at home plate, or Jenkins was a mercurial hero on some pretty bad teams of the early 2000s.

But those are now old memories, and that’s when I had to pinch myself to remember that Miller Park is 17 years old. Some kids graduating from high school were not even alive when the Brewers played their last game at County Stadium.

For all the theatrics involved in getting this place built in the ‘90s, Milwaukee now takes this building a bit for granted. So today, working from the press box during the game against the Nationals, I decided to wander around Miller Park a little and ponder objectively whether this stadium has aged well.

I haven’t been to every Major League ballpark, but I’ve been to many of them. First, I thought I’d ask a couple of people who have been to them all. Is this park holding up? 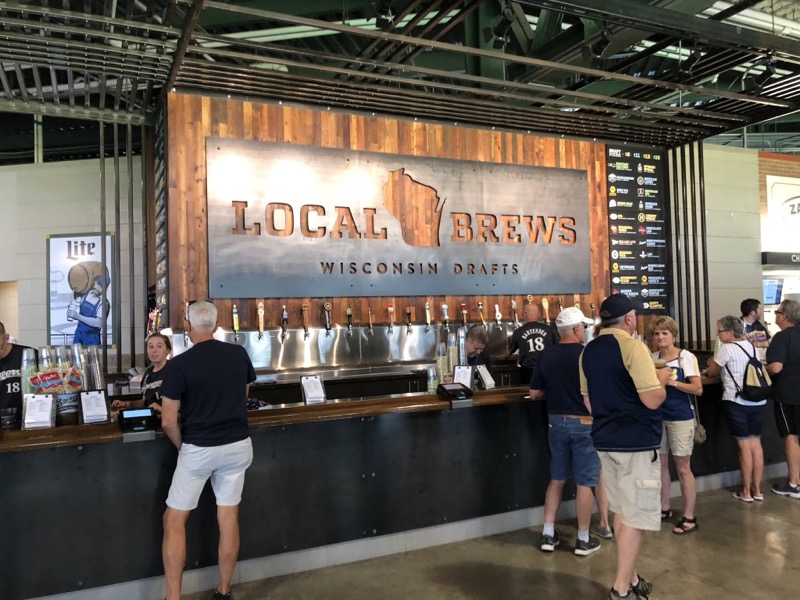 "Absolutely," says the Brewers Director of New Media, Caitlin Moyer. "I think we’ve done a fantastic job of ‘keeping up with the times,’ so to speak. It seems like each season we are undertaking a major project to improve the venue for our fans, whether it be a new scoreboard or a revamping the all-inclusive spaces or concession stands."

"One hundred percent yes, when you compare it to stadiums about the same age," says McCalvy, who has covered the team since 2001. "The key is that the team and the stadium district have invested in the building as they have gone along.

"The scoreboard, the new concessions, the party area on the warning track, the Selig Experience – even if you don't like all of those elements, they represent pretty significant expenditures to keep the interior fresh."

McCalvy points out the even the lighting used to have a greenish/yellow tint, but that's been fixed. "Some of it is just basic cosmetics," he says. "Remember how every surface was green in 2001, from the seats to the dugouts to outfield walls? I think you can make an argument that the place actually looks better today than when it opened."

From my perspective, it’s a little more of a mixed bag, although when you add it all up, Miller Park comes out looking very, very good.

First of all, Miller Park is immaculate. Other than some inevitable fading and staining on the roof, it looks brand new. Compared to County Stadium, which looked old even when it wasn’t, Miller Park is beautifully maintained. The field looks amazing. The seats sparkle. Fresh paint abounds, and even most of the holes in the press box from errant foul balls are patched.

However, even during construction, I was concerned that the exterior color choices of Miller Park would look dated at some point, and I still think that’s true. While the green roof looks timeless, and the architecture is forever classic, the brick color was too trendy. To me, it doesn’t look vintage (like red brick) or Milwaukee-specific (like Cream City brick); it’s just sort of light reddish-brown. Same with the concrete horizontal accents on the roof. They look neither modern or historic. Overall, I don’t think it's held up very well. 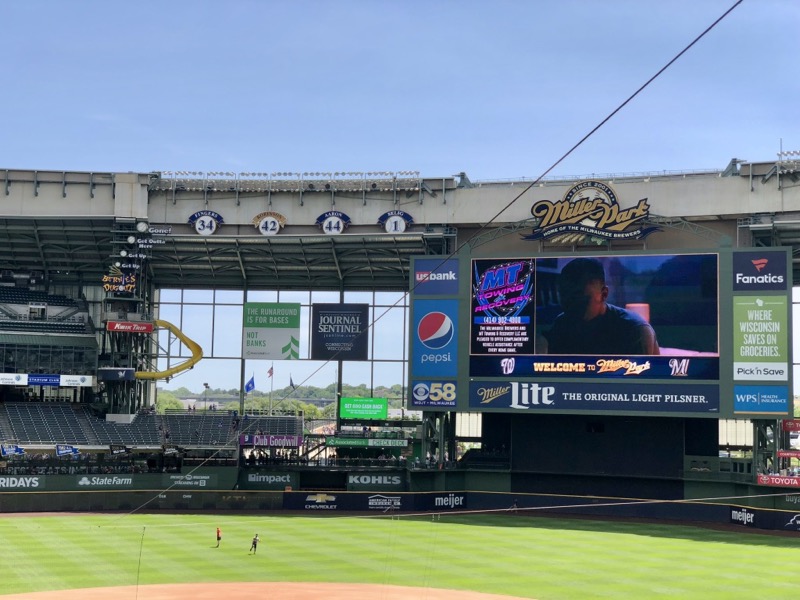 Compared to more modern stadiums, the scoreboard here is a little basic. It’s an HD upgrade from its original, but it’s not as gigantic or clear as the one at Busch Stadium, for example. However, it’s also less distracting, which means fans can focus on baseball.

I’m also not a fan of Bernie’s Dugout. Beyond my disappointment of the retirement of his chalet/beer mug at County Stadium, this one looks nondescript and bland. The fonts are vintage 2001, and it barely stands out from the background. I do like that the outfield isn’t absolutely jam-packed with signage. It’s a bit more subtle than elsewhere, and the focus remains what’s on the field.

Speaking of the field, I can’t find a single place in Miller Park, including the press box, where you can see the entire field of play. One corner or the other is cut off from every vantage point, which means during a triple – the most exciting kind of hit in baseball – you are left wondering what’s going on.

Similarly, the seats in the ballpark are not oriented toward home plate. I’m not sure that’s a design flaw, but I’ve noticed that as you move farther up the line, fans tend to sit twisted to the right or to the left. 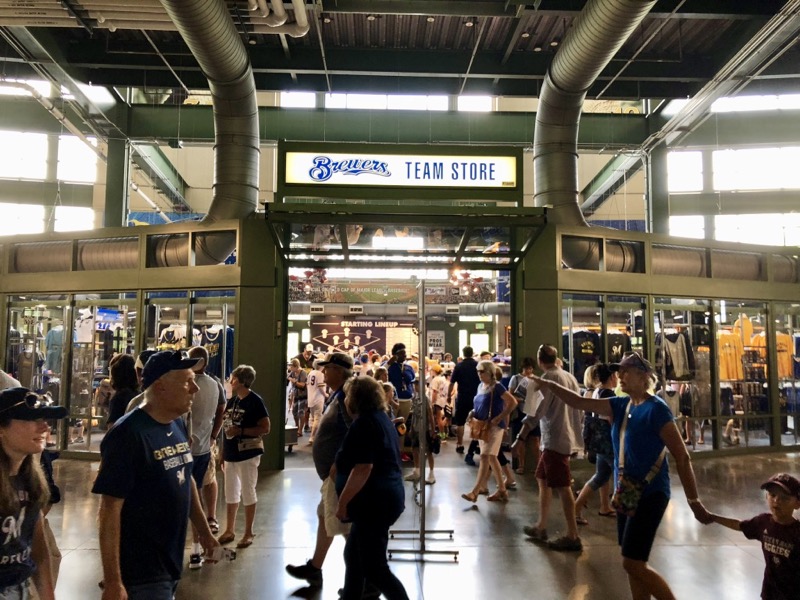 The concourse doesn’t have as open of a feel as some other newer stadiums, so you can’t really watch baseball as you walk around. In that respect, Miller Park still feels like County Stadium – which isn’t a bad thing, but it could’ve been done a little better. 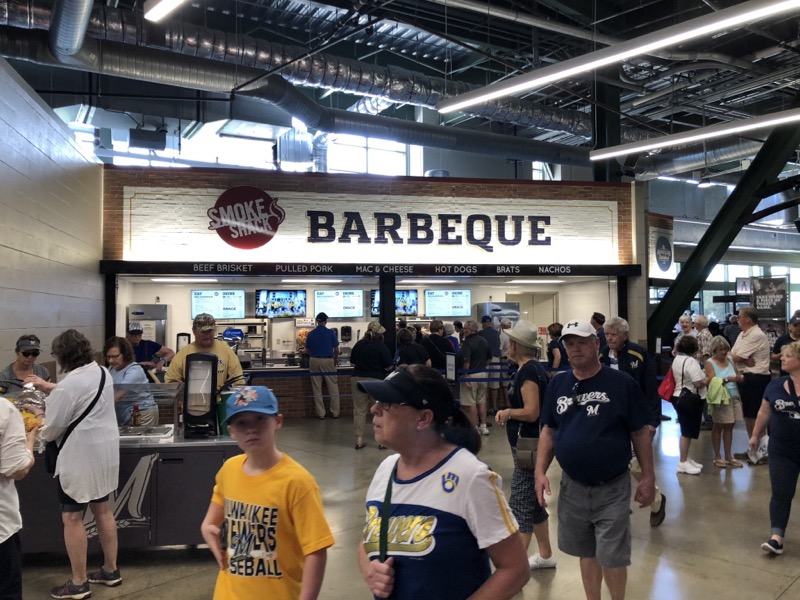 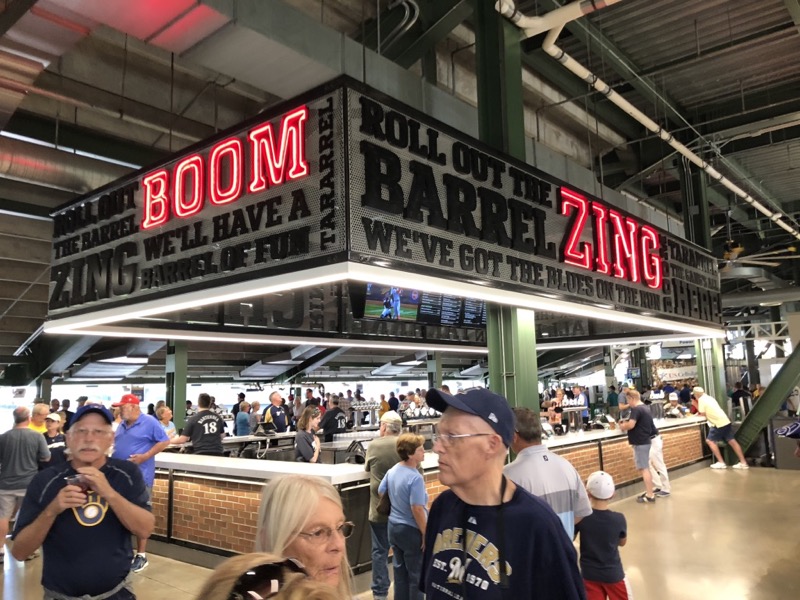 On the inside, Miller Park has made several improvements to keep it looking great. In addition to the plethora of local food and drink vendors, the Brewers have unified the fonts, color and branding in a modern and consistent way. That hasn’t extended fully to the whole ballpark – the founders’ suites, while very nice, don’t look especially new. 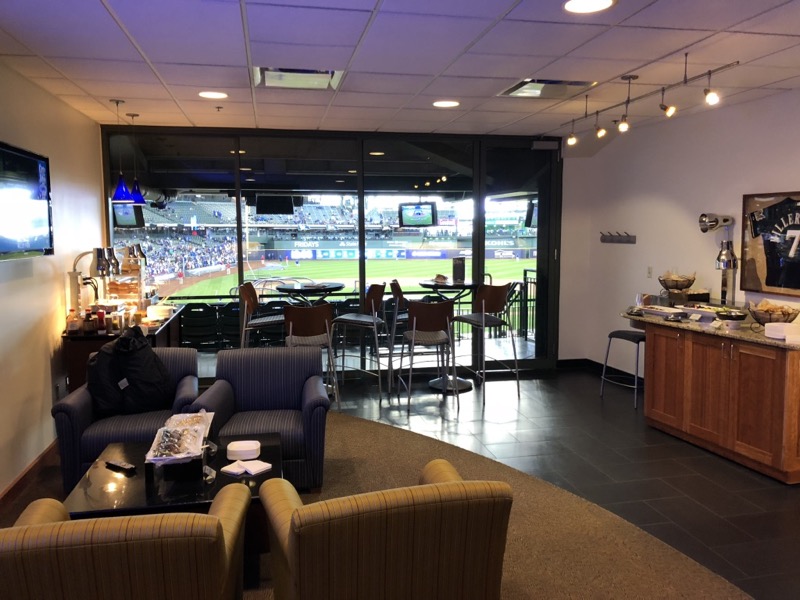 For families, the kids’ experiences here are extensive and well thought-out. Putting most of the stuff in right field means that parents can actually (maybe) watch baseball while their children run around. 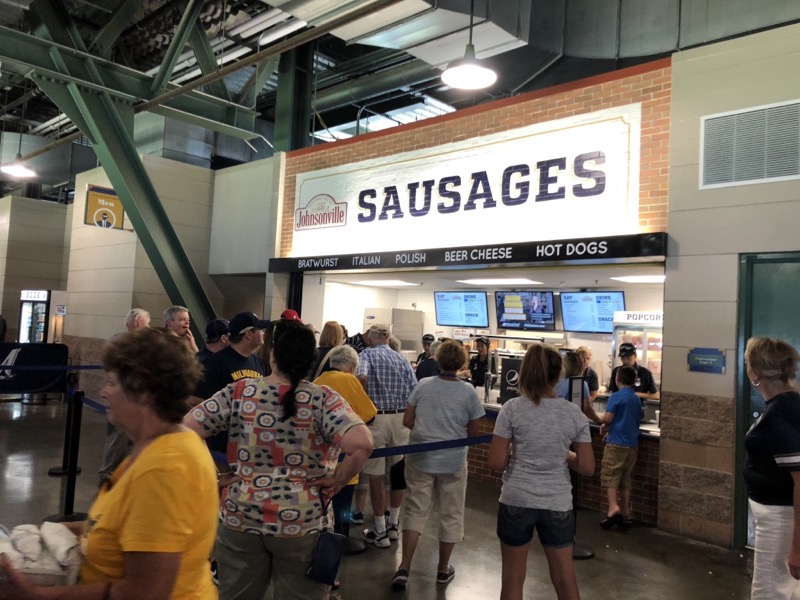 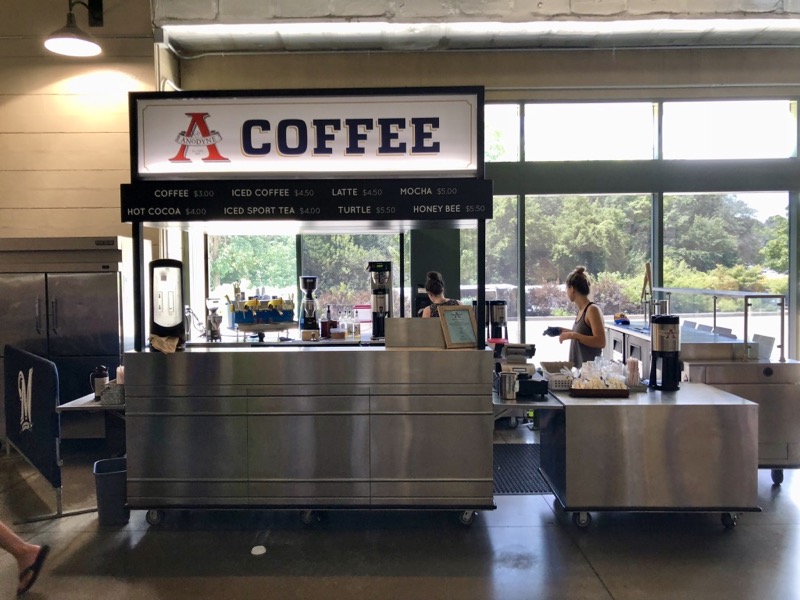 As baseball’s smallest market team, I don’t think the Brewers can claim they have the best, modern throwback stadium anymore – but overall, this place is pretty great. It’s taken a little while to grow into its own identity, but now in its 18th season, Miller Park is well-positioned to be a baseball gem for many years to come.