Despite the fact that I did not grow up in Milwaukee, there are still a few places that are pure Milwaukee OG to me - like the Usinger's shop, for example. Because my grandparents lived here on Greenfield Avenue, and we'd visit every other summer, perhaps nothing is purer Brew City to me than the former Allen-Bradley, now Rockwell Automation clocktower.

Despite the fact that I did not grow up in Milwaukee, there are still a few places that are pure Milwaukee OG to me – like the Usinger’s shop, for example.

Because my grandparents lived here on Greenfield Avenue, and we’d visit every other summer, perhaps nothing is purer Brew City to me than the former Allen-Bradley, now Rockwell Automation clocktower.

After a 924-mile journey in the family station wagon, we always knew when we’d arrived when the world’s largest four-faced clock appeared over the horizon as we rolled into town early in the morning. 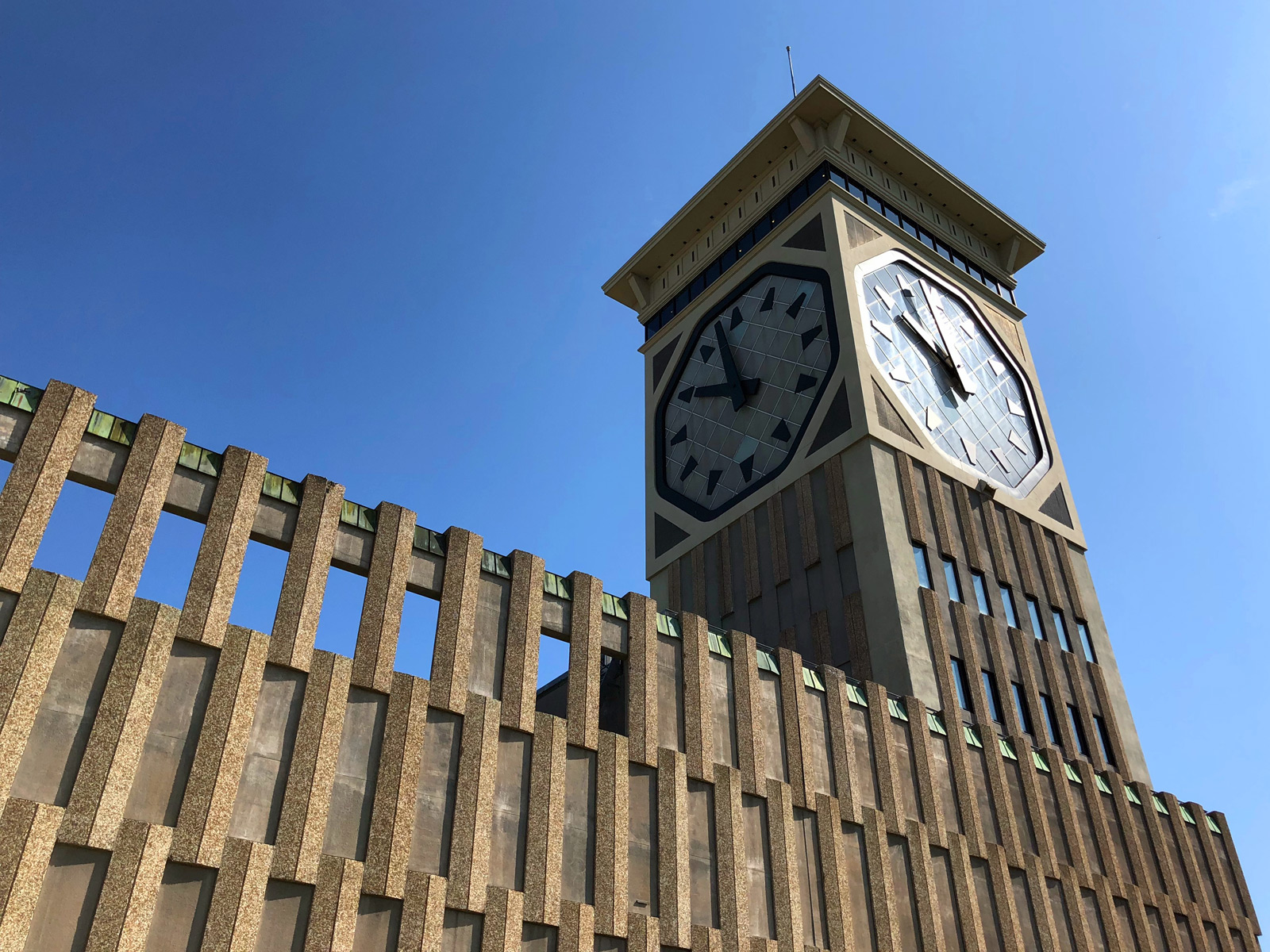 And the anticipation grew when we exited up the ramp to Greenfield Avenue to find ourselves face to face (to face to face) with the so-called Polish Moon, which stood tall and proud directly above.

(NOTE: I know that some find the sobriquet "Polish Moon" offensive, but I see it as a tribute to the South Side’s immigrant pioneers, rather than a slight.)

What I never realized back then was what a relatively recent addition it was to the Cream City skyline.

The clocktower – which isn’t the largest four-sided clock in the world anymore, thanks to the Saudi Arabian Abraj Al Bait clock with massive 141-foot faces, completed in 2010 – only dates to 1962.

The smaller tower that now shows the temperature, had been an earlier iteration of the towering timepiece.

In case you’re wondering, the clock faces on Big Ben are less than half the size of Rockwell’s.

Until the current clock, which was designed by architect Fitzhugh Scott Jr. and towers 280 feet above South 2nd Street in Walker’s Point, "went live" on Oct. 31, 1962, the smaller clock – just 160 feet over the street – kept Milwaukee time. 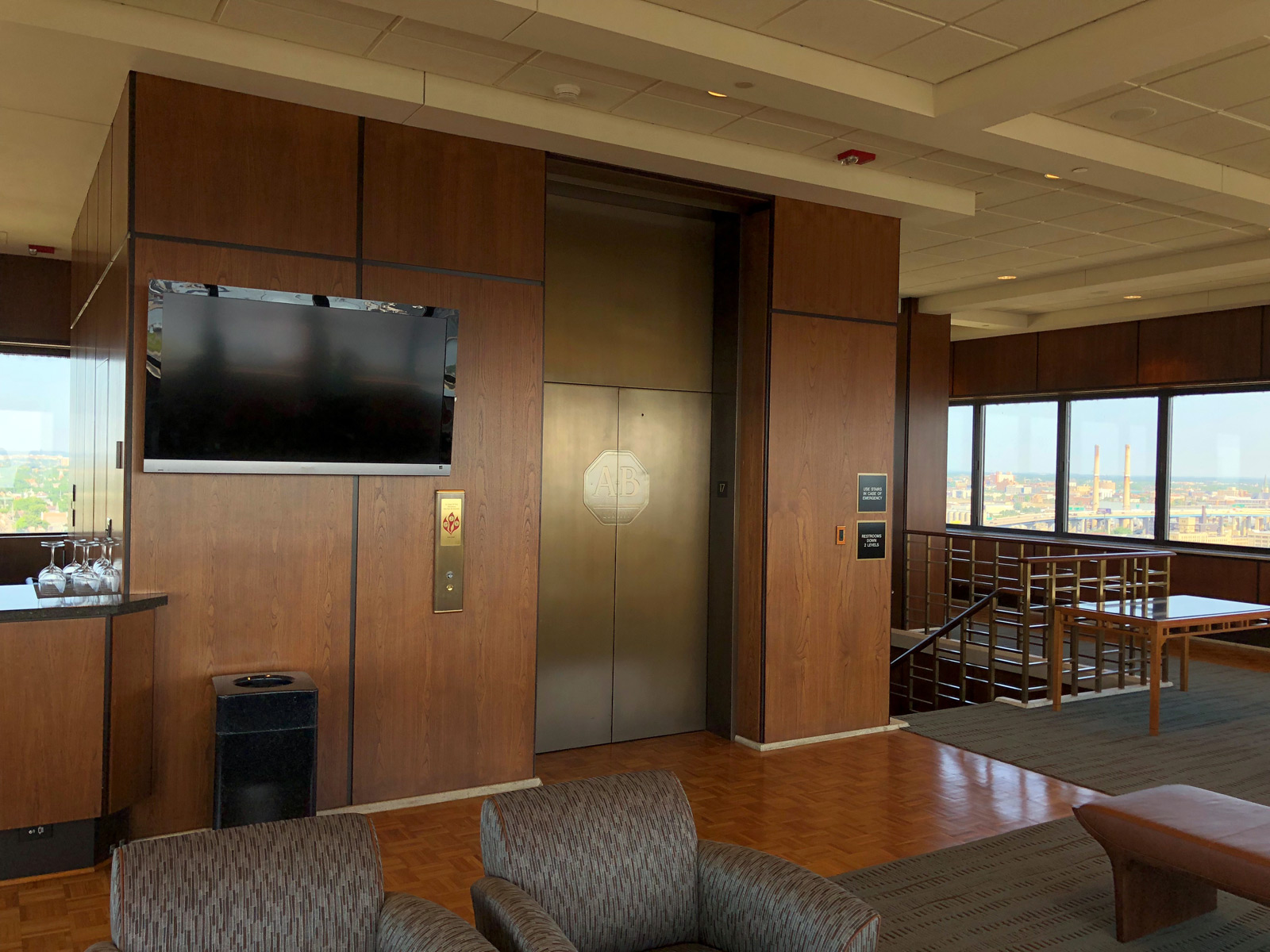 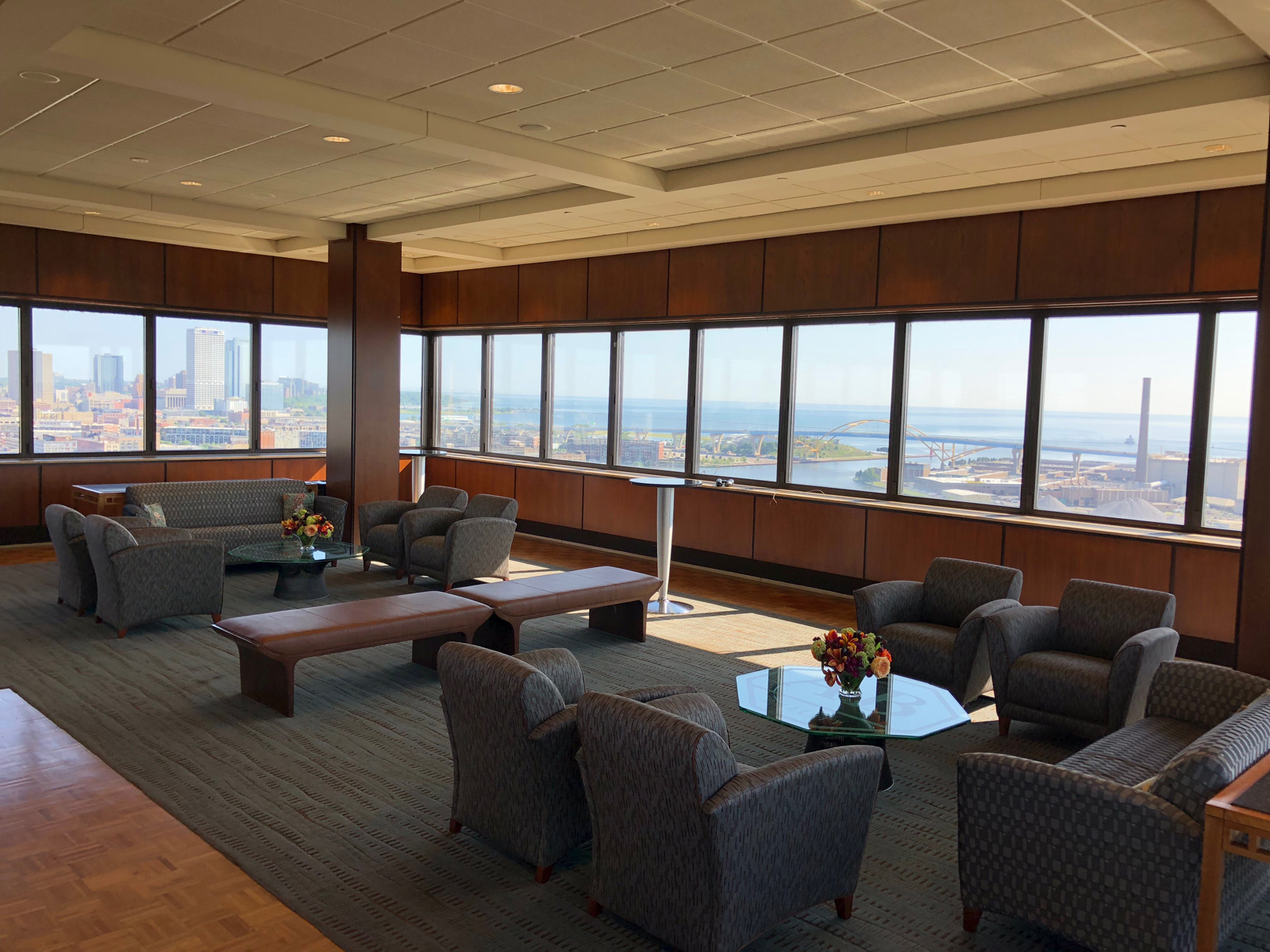 The first time I visited the top of the clock – and I mean the very top, from which the flag pole sprouts – was with Molly Snyder and Andy Tarnoff in 2012.

Since then, I’ve been back up there twice, including earlier this month, when I took the opportunity to shoot some nice panoramic views and also peek behind the 40-foot, 3.5-inch clock faces, where one can also see the clock works that make Milwaukee’s biggest watch tick. 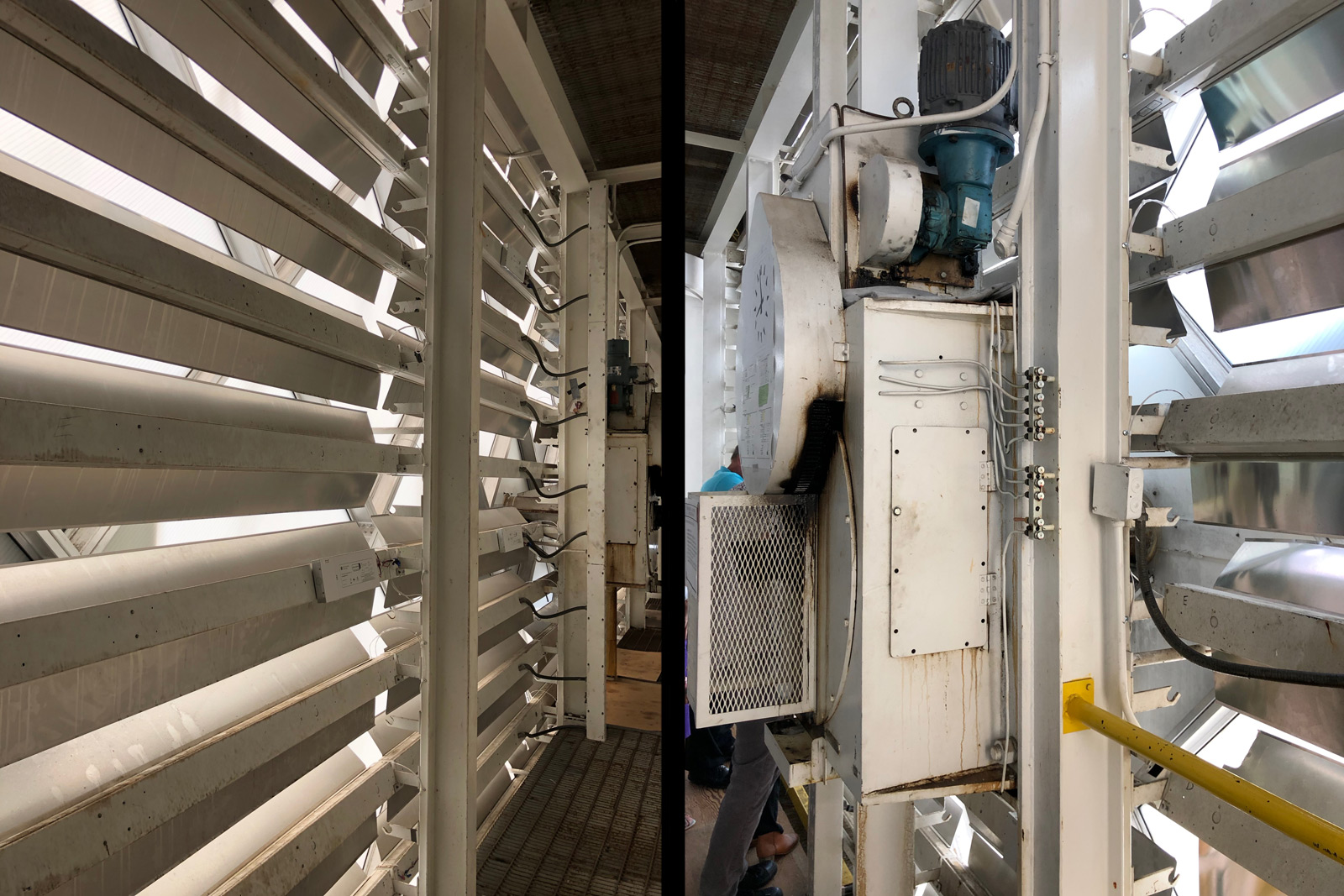 The tapered minute hands on the clock are 20 feet long and just under two feet wide at their base. Each one was 550 pounds. The hour hands are 16 feet long and weigh 490 pounds. The faces of which are each made of 76 pieces of glass, that weigh in at 3,900 pounds. The aluminum borders between the panels weight 1,600 pounds.

It takes 34.6 kilowatts to light and run the clock, or should I say clocks, because the four sides are each separate clocks that work independently.

According to a post on the website of the Milwaukee section of the American Society of Mechanical Engineers, "The original plans for the clocktower date as far back as 1959, when it appears on early drawings for the proposed addition. ... The plans included several towers in its design, only one of which would house a clock. This was scaled back, however a smaller tower on an existing building was kept and modified to display the outdoor temperature using a large digital display. The interest in creating the tower was Harry Bradley, younger of the firm's two founding brothers."

It is said that Bradley hoped the tremendous timekeeper would serve as something of a village clock for the South Side. 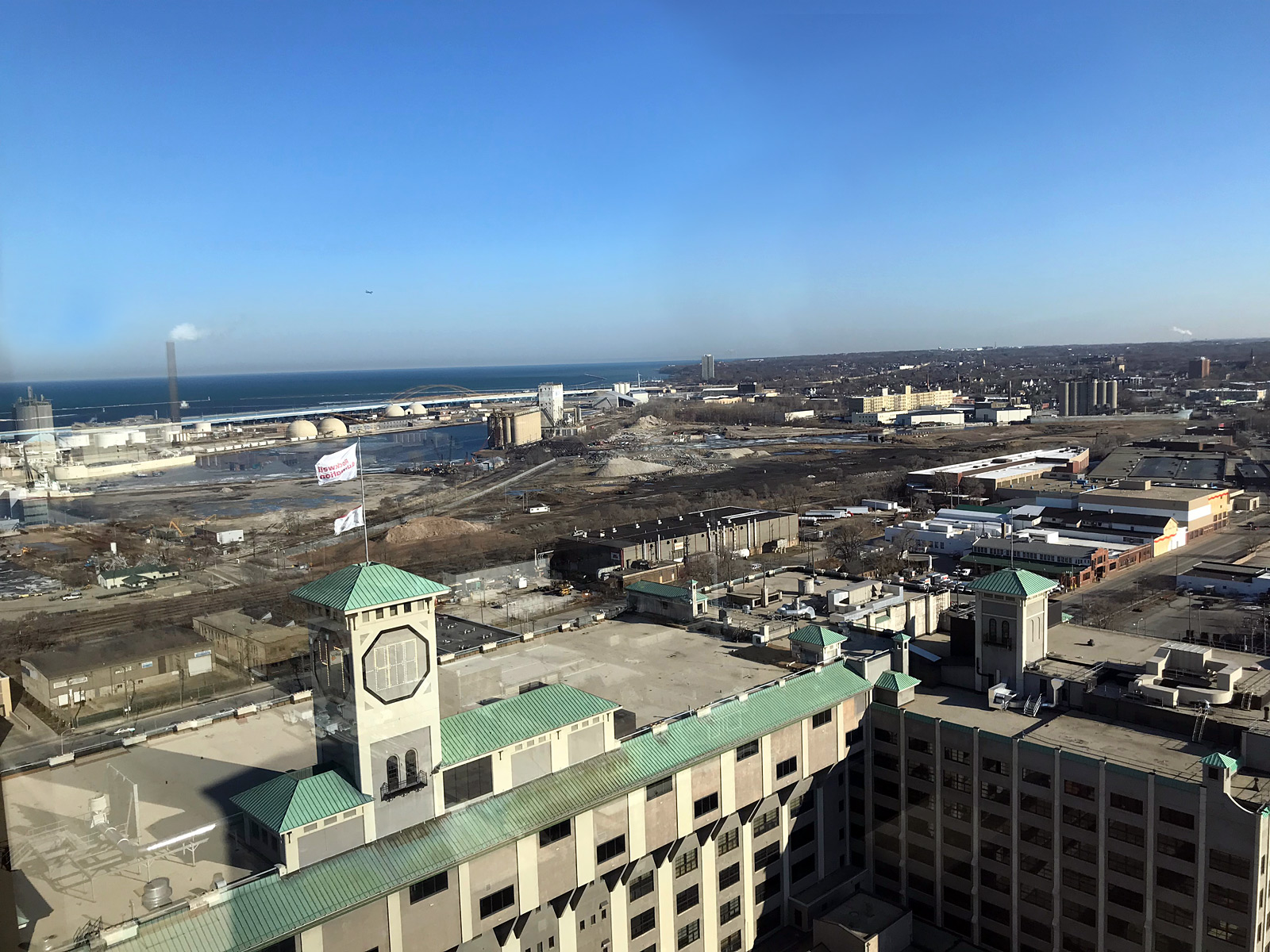 The space above the clock is a big open room with banks of windows on all four sides, offering stunning views in every direction, but especially over the rapidly changing Harbor District and across the landscape of steeples on Milwaukee’s near South Side.

The room has been used for events and entertaining over the years and some of the floors below in the clocktower have served as offices, too.

Of course, not only can you see all of Milwaukee from the tower, but you can see the tower from all of Milwaukee and that has made it an important navigational tool out on Lake Michigan, too, where it can be seen nearly 50 miles offshore. 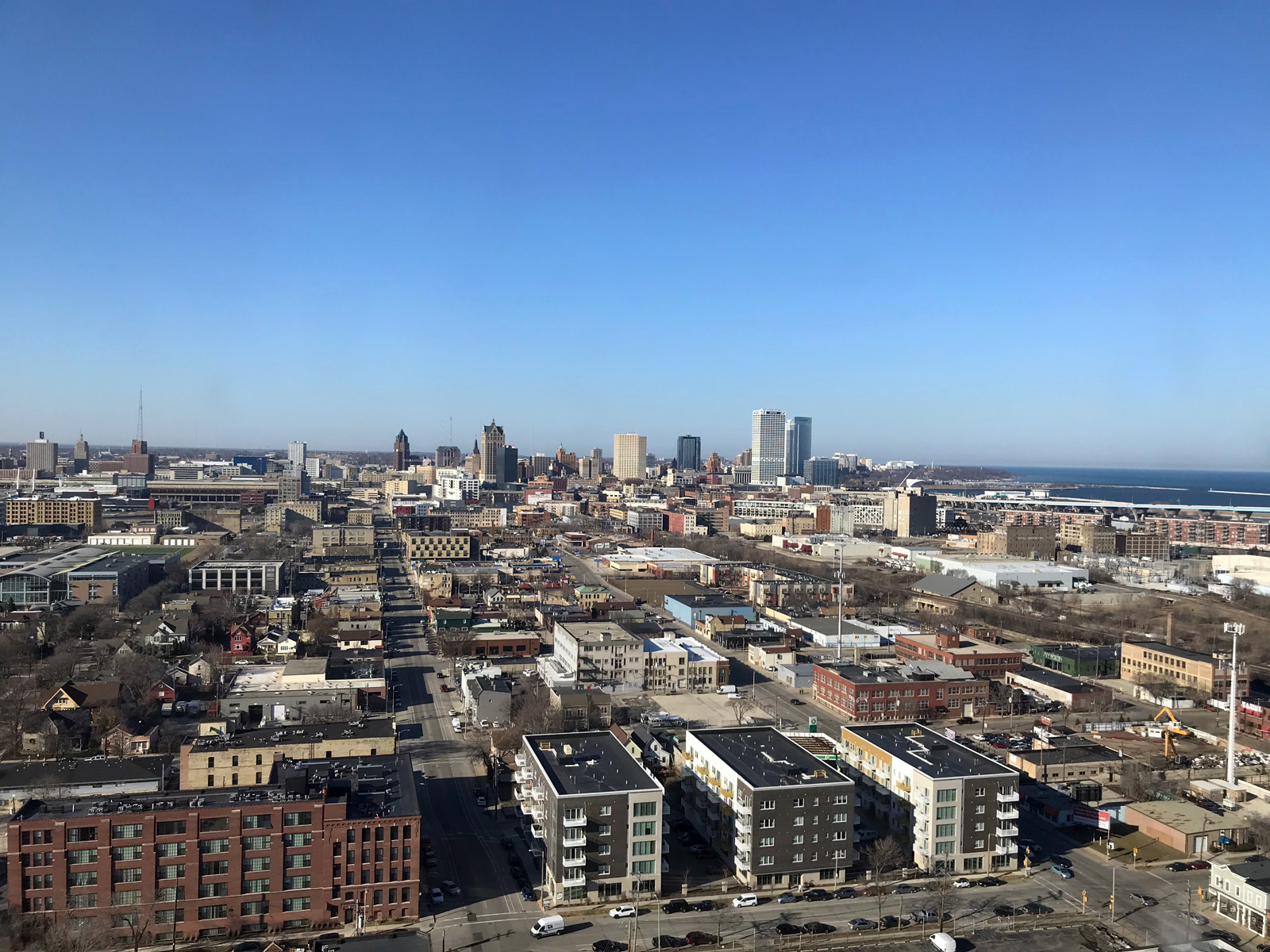 You can also sometimes see the clock from the towering spires of Holy Hill, 30 miles to the northwest, and when I was last up there, I was able to look back and see Holy Hill, too.

If you’d have told the little Brooklyn kid riding past the Allen-Bradley clocktower in the mid-1970s that someday he’d go up to the top of that tower, he’d have thought you were nuts. But, you’d have been right.

You can visit the clocktower yourself during this year's Doors Open Milwaukee.