Fire up the grill! Milwaukee Sausage Company opens this weekend

Folks who can appreciate an eye for flavor - and a legacy of craft - might just want to take a trip to check out the new Milwaukee Sausage Company.

This weekend marks the grand opening of Milwaukee Sausage Company, which will officially open its doors at 1200 Milwaukee Ave. in South Milwaukee.

And folks who can appreciate an eye for flavor, and a legacy of craft, might just want to take a trip to check it out. After all, if the crowds at last weekend’s soft opening were any indication, there’s some serious excitement surrounding this newcomer to the food scene. 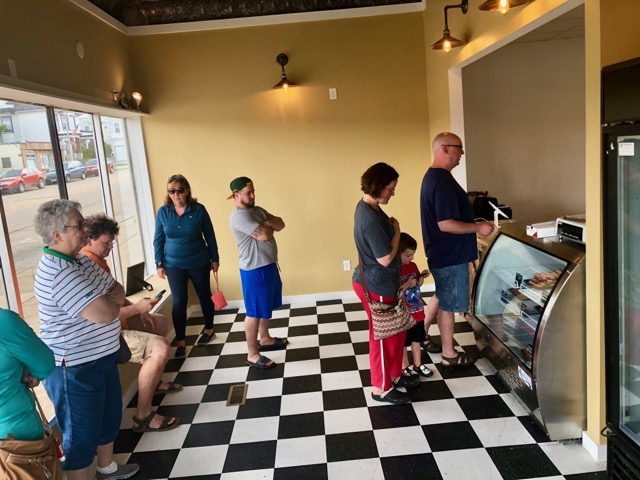 Like so many families on Milwaukee’s South Side, Mark Maciejewski grew up making sausage. His family recipe for Polish sausages has been passed down through the generations for more than 60 years.

"We made it at Christmas and Easter," he says. "So it was a special occasion sausage. But, at some point I realized we had all this equipment, and we could make other things. One year I went deer hunting, and a good buddy suggested I make venison sausage. From there, I kept experimenting. And over the years, making sausage turned from a hobby into an obsession."

It prompted Maciejewski to research ways to make his passion into a business.

He had a few false starts along the way. However, he also met his current partner in crime: sausage maker and general manager, Jeff Marquardt (pictured on left), whose experience includes work with Kettle Range Meats and Birch + Bucher. The two hit it off, and Marquardt expressed an interest in being part of a nascent sausage company. 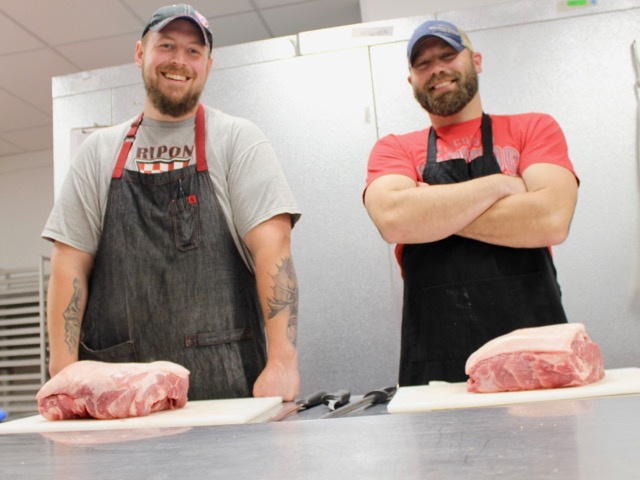 "The vision he had fit with what I wanted from the next chapter of my career," says Marquardt. "I’ve always been about really learning as much as I can, and I found myself really wanting to hone in on the meat craft. So this provided me with the opportunity I was looking for."

From there, Maciejewski took the leap. He purchased the building on the corner of Milwaukee and 12th Avenues, gutted it, and added a commercial production kitchen (which passed state inspections on the very first try). 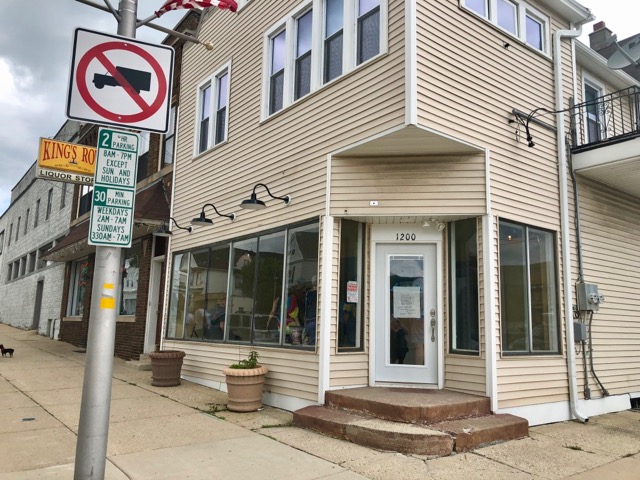 As they went along, he also managed to preserve the shop’s original tin ceilings, as well as a few other historic details. 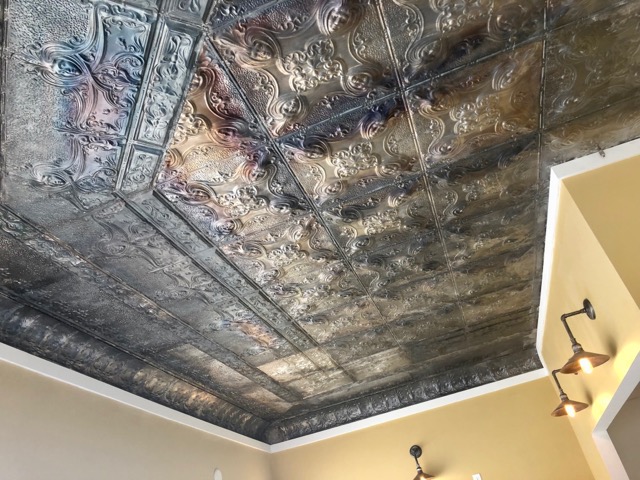 All those details will be on display during the grand opening of the shop, which will take place on Saturday from 10 a.m. to 5 p.m.

Among the sausages from which to choose, you'll find:

In addition, there will be plenty of giveaways. If that's not enough, Wolfgang Schaefer and Joe Singer of Wolfie’s Breakfast Tavern will be bringing down their food cart and serving up Milwaukee Sausage Company sausages.

Maciejewski says that, moving forward, they will be adding a number of sausages to the line-up, including smoked varieties like Andouille, summer sausage and snack sticks. They will also carry supplies that home sausage-makers can use to carry on the craft.

"We make sausage, but we also want to be really supportive of people who are doing the same," he says. "This is all about community. We’re here to share with folks who really care about sausage making. We’ll carry casings, bulk pork shoulder and spices. We’re also planning on custom making sausage for folks who’d like it. There will be a 10-pound minimum, but we’ll make it for you."

He says he expects they will also host both sausage-making and whole hog butchering classes. And they've already begun lining up a number of wholesale restaurant clients who are eager to purchase their sausages.

Maciejewski says Milwaukee Sausage Company has been an endeavor that has assisted in transforming his entire life.

"This isn’t work," says Maciejewski. "It’s a passion. And it’s fun. The concept of being able to really leave something behind for my daughters … that’s also really, really powerful."