Josh Malone - who co-owns Malone's On Brady - along with the owner of the neighboring bar Club Brady, Mike Lee, turned the tiny and scruffy outdoor space between their businesses into an eight-seat outdoor tavern called, aptly, MKE's Smallest Bar.

A few winters ago, Josh Malone – who co-owns Malone’s On Brady – asked Mike Lee, the owner of the neighboring bar Club Brady, if he was interested in collaborating to create MKE's Smallest Bar (which is actually a patio) in the cozy outdoor space between the two businesses.

"I thought it would be good for both of us," says Josh's brother and business partner, Sam Malone. "It would add some additional outside seating other than the sidewalk."

At the time, the area between the buildings was overgrown with weeds and had a rotting fence connecting the two buildings. Lee agreed to the idea – he even suggested they include a bar – and Sam hired his childhood friend to remove the weeds and pour concrete. Later, they built a bar, added exactly eight seats, strung patio lights, brought in a TV for game watching and voila: Milwaukee’s Smallest Bar was ready to pour.

"I've seen some spaces in other big cities on my travels use this size of space," says Josh. "It’s called a Gangway."

Since it's inception in 2016, MKE's Smallest Bar underwent a few upgrades. The back bar was rebuilt to offer more libation options. There's also now a roof above the bar.

Malone’s handles the staffing and particulars of the bar and Club Brady is technically the owner of the space.

With eight seats and a little bit of standing room available, the bar can accommodate, at most, about 15 people, according to Sam. 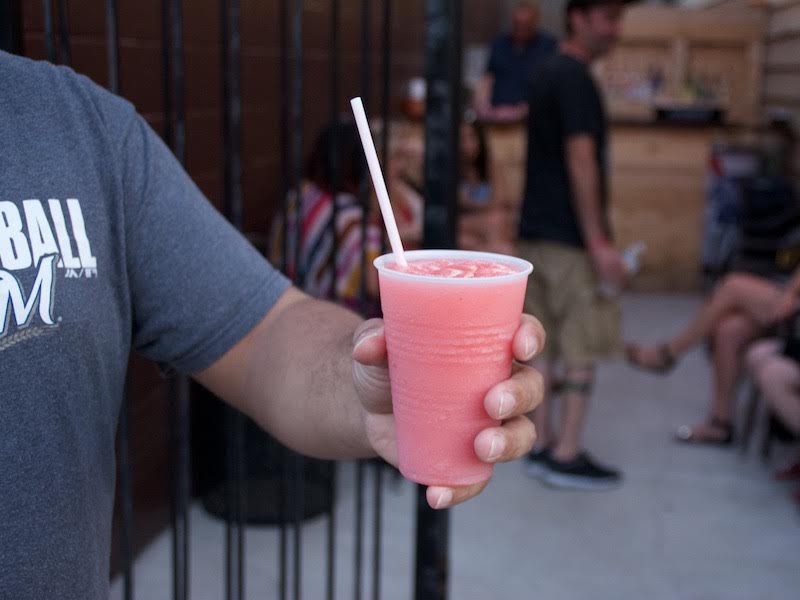 Recently, we spent a couple of hours at the Small Bar this weekend and found it to be very friendly. Due to the close proximity of drinkers, everyone eventually interacts. One person mentioned it felt like "drinking in an alley" which, indeed, it does – minus the unsavory aspects of alley drinking like potholes and garbage cans.

Another perk to the spot was that it was shady and a breeze was blowing through which made it particularly refreshing after a day of high temperatures.

"It’s a nice hangout space," says Sam. "If you need to get away from the crowd inside, just come out and chill out." 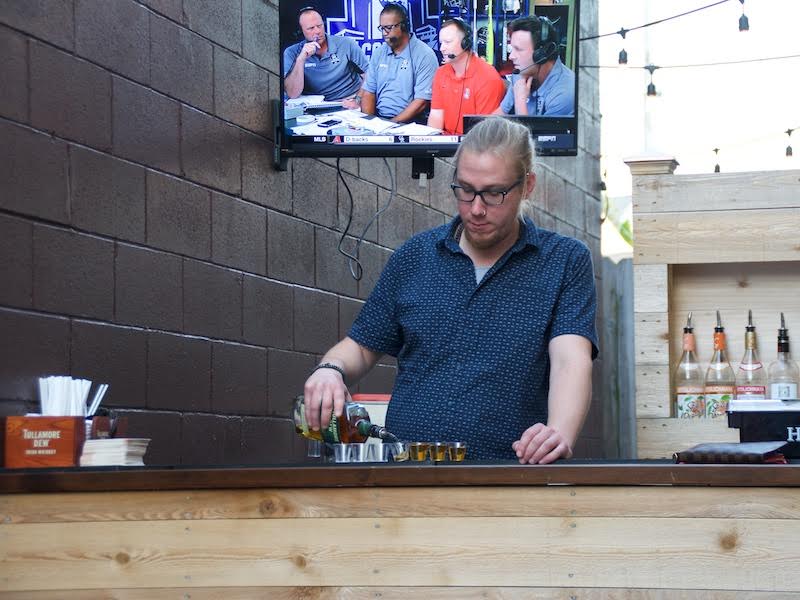 MKE's Smallest Bar is open, weather permitting, Friday and Saturday nights from 8 p.m. to close, and on Sundays at 2 p.m. It also opens for special events. Cash and credit cards are accepted.

"Last year we made it through Halloween and hoping to do so again this year," says Malone.