After a week in Beijing, Bobby Tanzilo ruminates on Milwaukee's image problem in China.

Working as I do at OnMilwaukee.com, it’s easy for me to see Milwaukee as the center of the universe. It’s where I live, it’s where I work and it’s what I write about every single day. It is pretty much the center of my daily universe.

And even if the "flyover zone" doesn’t get the respect it deserves from the coasts, Americans know of Milwaukee and can make quick associations upon hearing the name, be it Fonzie, Harley, cheese, beer or Dahmer. (I still chuckle, however, about the major New York City-based publishing house employee who once asked me if Milwaukee was in Minneapolis.)

So, I found it a little disconcerting when I recently spent a week in Beijing and came across not one person who seemed to have even heard the name "Milwaukee."

"Where from," folks would ask with a friendly smile. I’d tell them, and upon seeing the puzzled look, I’d add, "near Chicago," for some sort of geographical context, at least.

On one occasion, I attempted to clarify my response with a sure-fire international cultural reference. "Milwaukee," I told the driver who took us to see the Great Wall. "Where they make Harley-Davidson motorcycles."

He responded with that uncomfortable look of someone who sensed he ought to recognize the reference, but clearly didn’t, and an uncertain, "okay."

The answer likely lies in the numbers. Milwaukee is 31st on the list of U.S. cities by population, clocking in just shy of 600,000.

Milwaukee is but a blip on a radar of such astronomical scale.

That’s not to say I didn’t see the odd Wisconsin sight. 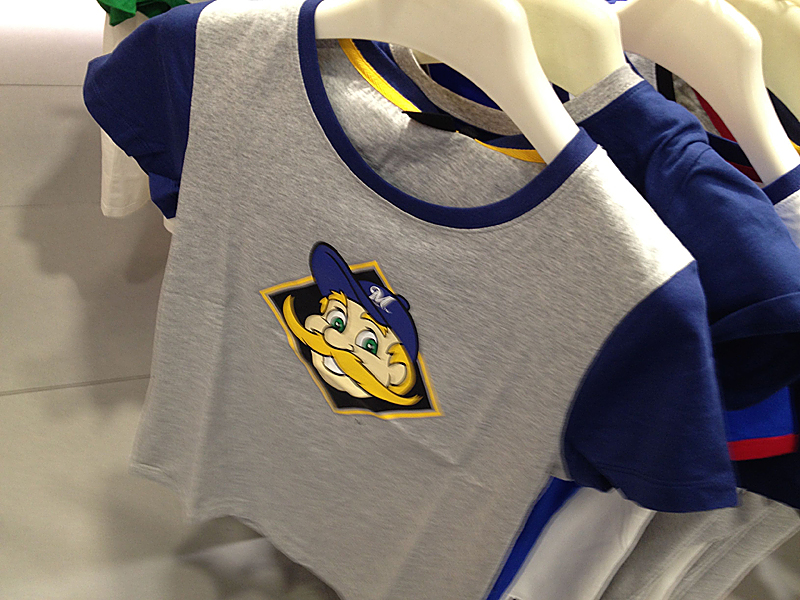 Bernie, like Milwaukee, is all a blur in Beijing.

At an MLB branded store in a mall on the popular Wangfujing shopping street, I spied a Bernie Brewer shirt and on the same rack, another tee featuring the Hot Dog racing sausage. A pretty impressive array considering not every team was represented and few had their names on more than a single item.

At the Great Wall, a group of Australian teens each wore a pro sports jersey – the NHL was especially well represented – and one donned an Aaron Rodgers model.

At a fancy grocery store in a mall in Chaoyang, there was a shelf of UHT Organic Valley cartons containing milk from La Farge, located west of the Dells.

But that was pretty much it ... unless you count the Snow beer I had on the flight home, which I later learned is a Miller brand (and the world’s best-selling beer, even though you can’t get it outside China).

And, no, I didn’t wrestle up any useful information about the future of the former Northridge Mall. How could I when no one even knows that the city it’s in exists?