11 pictures inside the new MKE Lofts

The old Caswell (and Posner) Building on the northwest corner of Plankinton and Wisconsin is being converted into apartments. We got a peek at the progress.

The old Caswell (and Posner) Building on the northwest corner of Plankinton and Wisconsin is being converted into apartments. We got a peek at the progress.

There are just over 100 units – in 20 different floor plans on seven floors (nine in the later addition on Plankinton) – in the MKE Lofts, some of which have already welcomed residents, with more being readied for occupancy as I write.

The sleek, modern spaces offer stunning views over old Milwaukee favorites like the Plankinton Arcade, Gimbel's and the Riverside Theater.

Napoleon Bonaparte Caswell arrived from New York soon after Milwaukee was incorporated, and he founded a hardware store on the site. But after his death in 1884, Rice and Friedman opened their eponymous carriage shop at the same location, and the spot was later home to Bloedel's Jewelry Store.

But at the dawn of the new century, the Caswell family leased the property to Max Goldstine's Commonwealth Realty Trust Co., who tapped locally respected architects Van Ryn & DeGelleke to design the seven-story structure, faced in the familiar white glazed brick, which was begun in 1907 and completed the following year.

The basement was originally home to the College Inn subterranean restaurant, apparently affiliated with Miller Brewing. Workers charged with transforming the basement to parking for the building's new residents found remnants of the eatery's old pressed tin ceiling.

In 1913, the nine-story addition at 725 N. Plankinton Ave., was erected on the site of the former Royal Clothing Store.

Though constructed in the Chicago Commercial Style to house a department store, the Caswell never served that purpose. Instead, it became office space, and office space it remained until the building was closed so that work on the new apartments could begin.

Arthur J. Straus bought the buildings in 1925 and ran them until he died in 1964. Two years later, Gene Posner and his son Jeffry bought the complex.

Here are some photos taken at the building last week:

1. The grotesques above the door were long ago dubbed "Charlie" and "McCarthy" 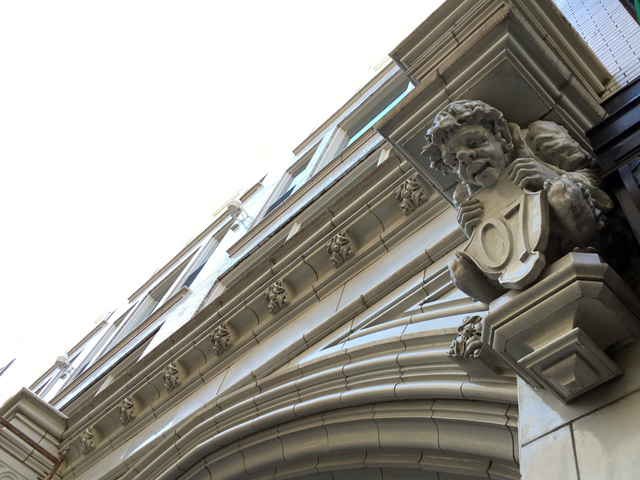 2. No more horses, but still some hay. Along with gorgeous tilework 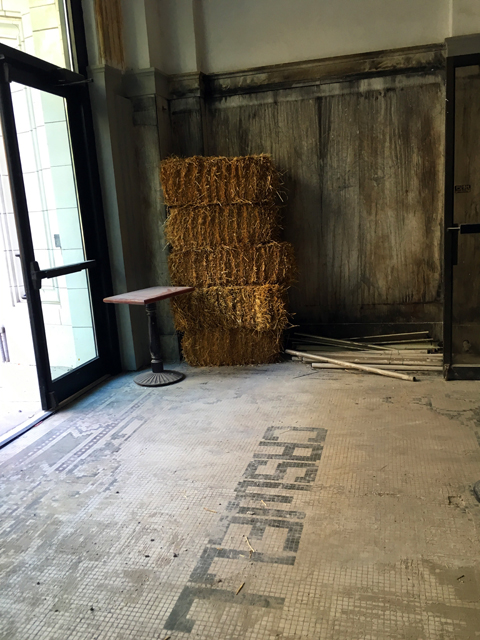 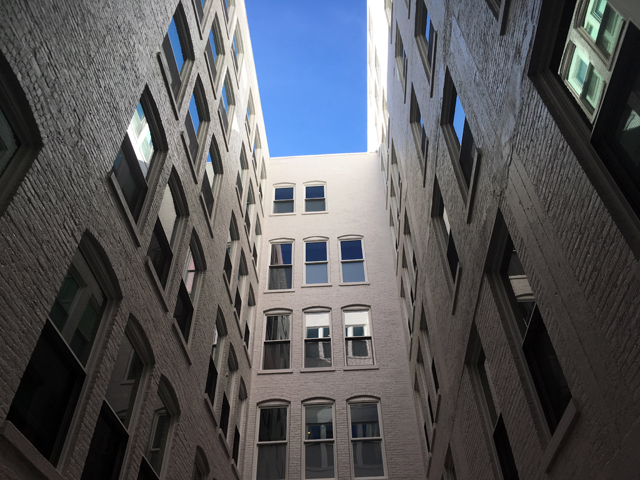 4. Stunning original details have been retained 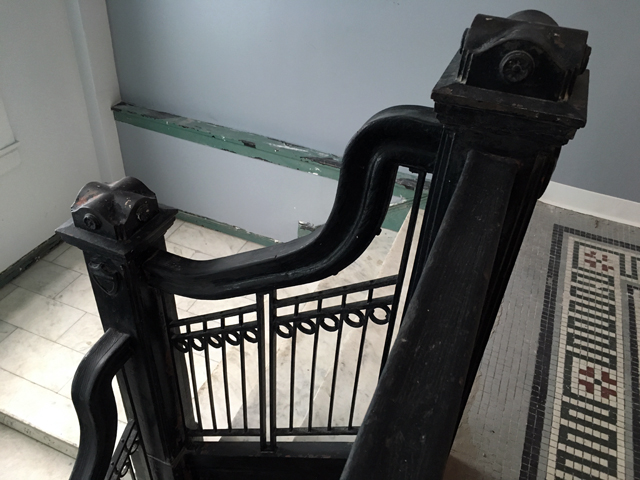 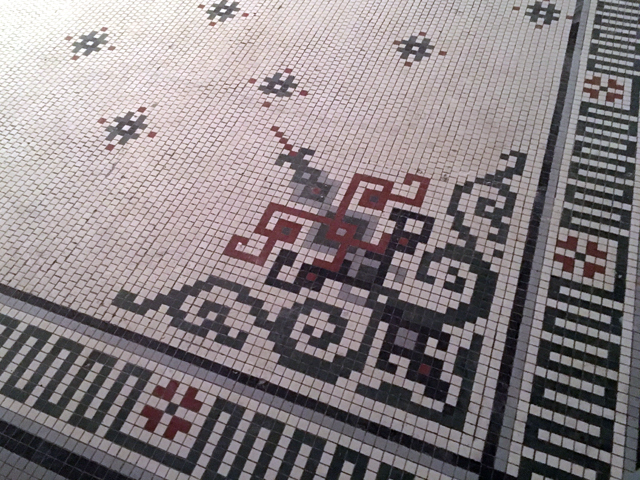 6. Thanks to layout changes, some apartments have original tile 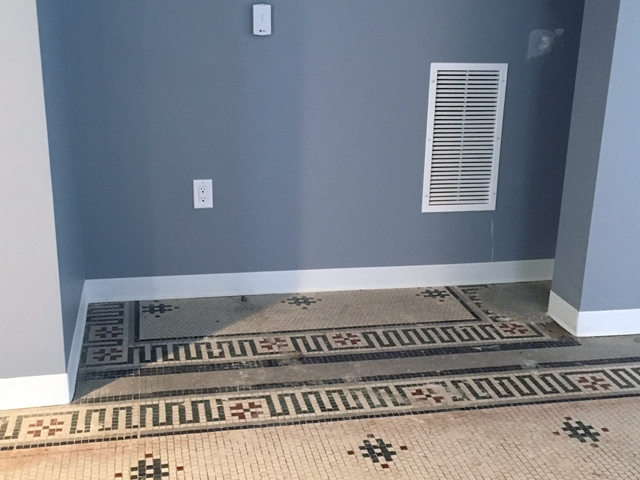 7. The former elevator lobby will become an events space for Mo's Irish Pub 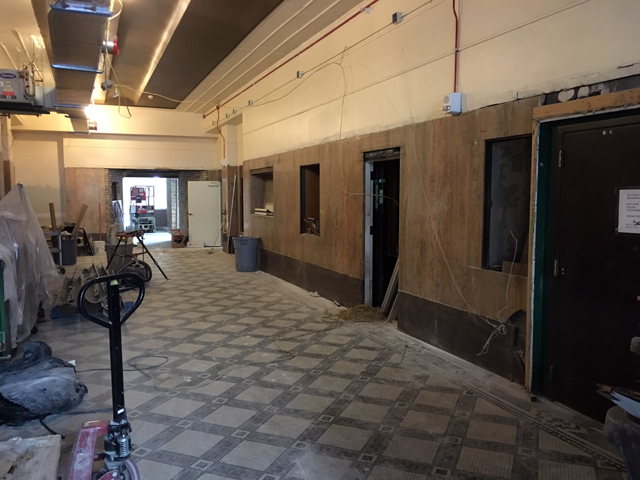 8. Mo's will open the Wisconsin Tap Room in the old Mo's Cucina space 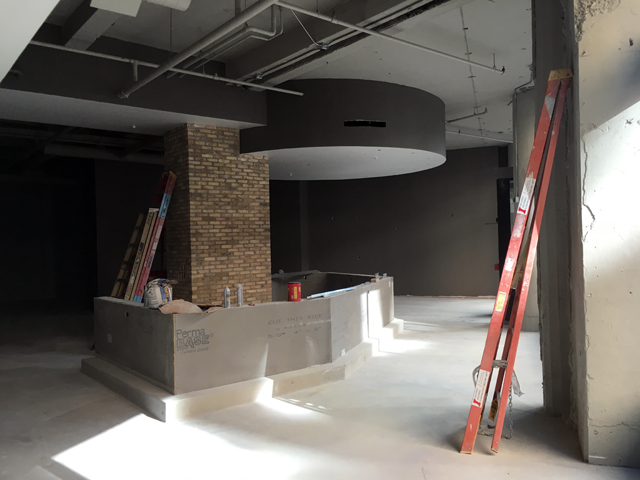 9. How would you like this view from your living room? 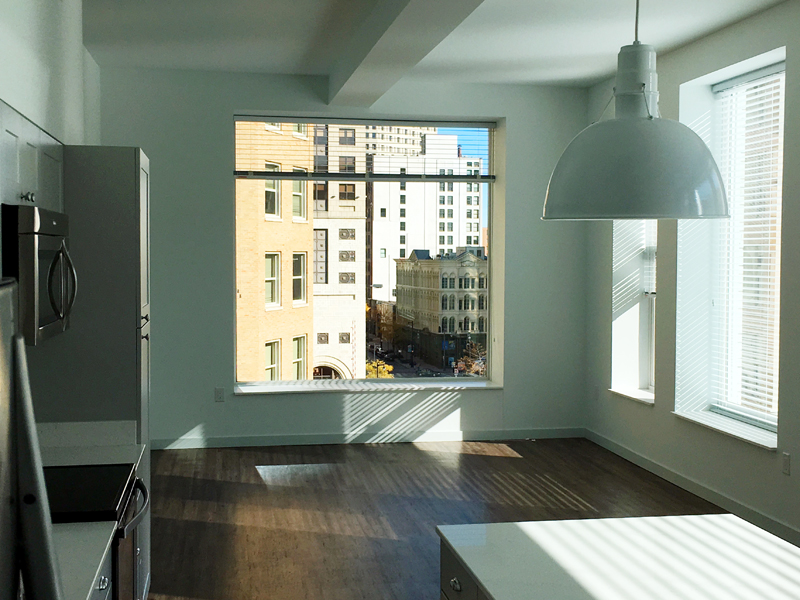 10. Apartments have a clean, modern feel 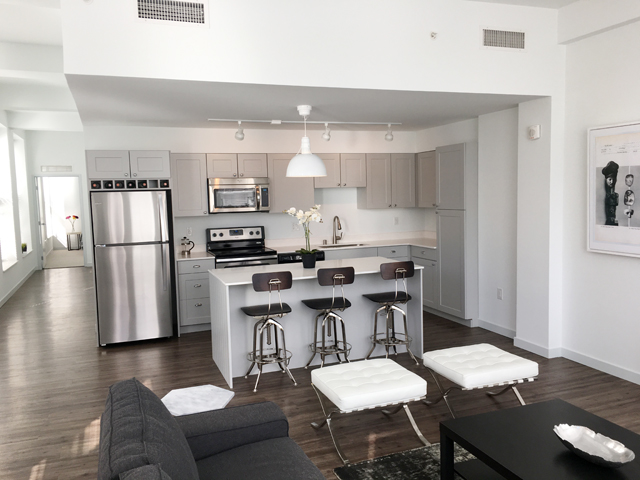