Progress is good, but motels still struggle with interstates

The 2006 animated movie "Cars" takes place in Radiator Springs, a once-vibrant city infused with Route 66 travelers that deteriorated when the interstate was built and droves of drivers ditched the slower roads. This happened in Milwaukee, too.

This story originally ran on OnMilwaukee in 2011.

The 2006 animated movie "Cars" takes place in Radiator Springs, a once-vibrant city infused with Route 66 travelers that deteriorated into a nearly abandoned ghost town ever since the interstate was built and droves of drivers ditched the slower roads.

Real cities have pockets of once-traveled areas that became forgotten in light of the superhighways, too. In Milwaukee, clusters of motels remain in neighborhoods that aren't traveler destinations anymore, but reminders that these areas were once busy thoroughfares.

On June 29, 1956, President Dwight Eisenhower signed the Federal Aid Highway Act that authorized construction of a 41,000-mile National System of Interstate and Defense Highways. Between 1959 and 1969, over 75 percent of the Wisconsin interstate system was built, including the east-west and north-south Milwaukee freeways (I-94) and the Milwaukee Bypass (I-894). The interstate highway system was completed nationwide in the '70s. 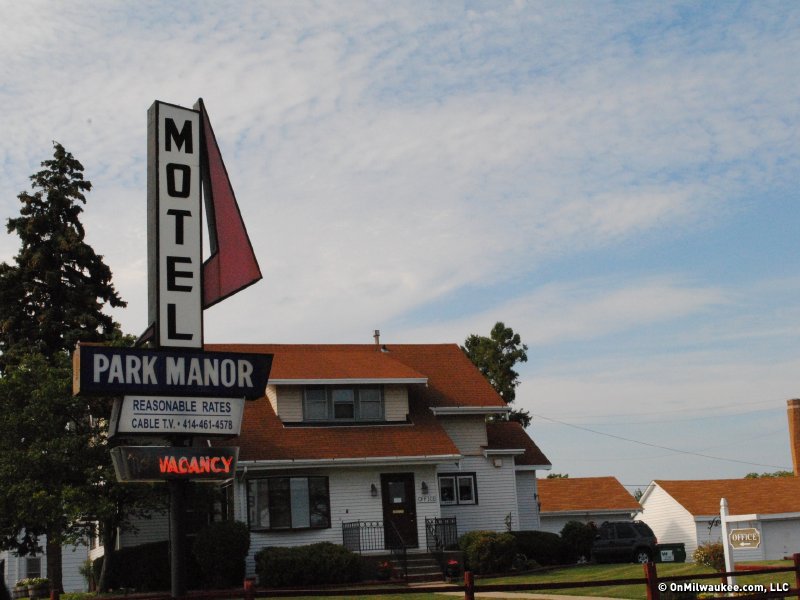 Initially, Wisconsin was to have only two interstate routes, I-90 and I-94, however, the Wisconsin Department of Transportation convinced the federal government to approve I-43 between Milwaukee and Green Bay. In the 1980s, I-43 was extended southwest to Beloit.

It's nearly impossible to imagine life without highways and, certainly, they are integral for travel both near and far. But like Radiator Springs, highways have sacrificed the success of some businesses, including many Milwaukee motels.

Appleton Avenue, on the Northwest Side of Milwaukee, has a dozen of run-down motels that, today, seem extraneous in the North Side neighborhood. Signs advertising "color TV" and broken window blinds suggest they have received little TLC in decades. However, Appleton Avenue is Highway 41 which, at one time, was the main route people took to get to Green Bay, Appleton and many other northern Wisconsin towns.

In a few block stretch, there is the American Inn, the Capitol Manor, Sundown Motel, Port Motel, The Economy Inn, the Midpoint Motel and more. According to an off-the-record motel employee, most of the people renting hotel rooms these days are doing so by the hour or because they are in between permanent homes.

"We get a lot of families whose house burned down," she says.

It's a similar scene on Highway 32, between Racine and Kenosha. On Dec. 3, 1959, a dedication ceremony celebrated completion of a 24-mile segment of I-94 in Racine and Kenosha counties between the Milwaukee County line and the Illinois state line. 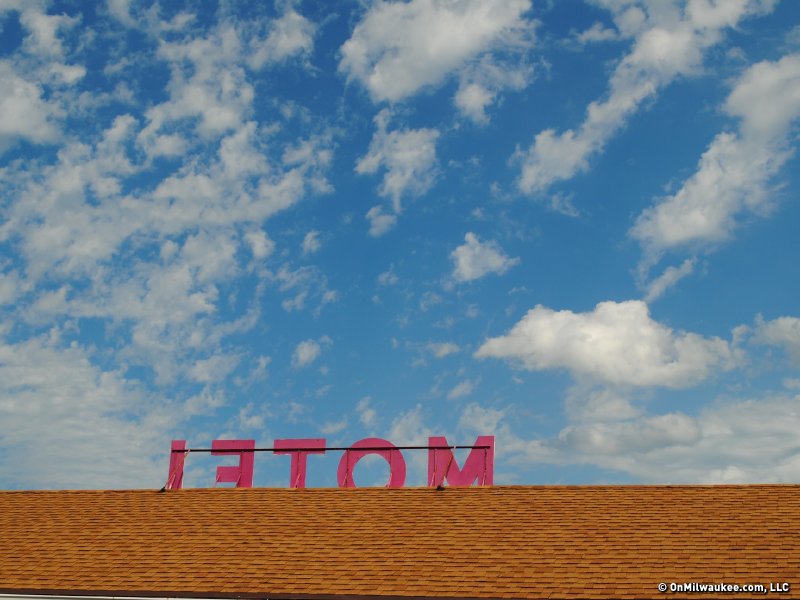 Atul Rao, manager of the White Brick Motel in Racine, says he rents his six cottage-like structures mostly to people who are in the midst of familial strife.

"So many people who come here have family problems. They need a break, to cool down," he says. "Or they want to have fun in the absence of their kids or have affairs."

Rao says the business changed a lot over the years and that at one time his cluster of small buildings overlooking Lake Michigan were accessed by fishermen and vacationers. There are multiple reasons why the White Brick does not see as many guests as it has in years passed.

Lake Michigan is not as fishable as it once was, plus, according to Rao, the current economy left many people without a vacation budget. He also believes that the development of the interstate and the Internet changed his clientele dramatically.

"Tourists want the chains. They find them on the Internet or off the highways," he says. "This is what has become of the small motel business: drug abuse, sex abuse."

Down the road, The Bluebird Motel features a bright yellow sign and two cheerless looking buildings, one clearly more modern than the other. Owner Javo Pupovac says he will still get people who are traveling for work because one of his buildings has Wifi and occasionally he'll still have a vacationer or two.

"We had a couple come for the 4th of July, just to relax. They stayed a few days," he says.

On Milwaukee's South Side, 27th Street is a similar scene, with multiple old school motels populating Highway 41. Decorative markers honoring the historic highway adorn the medians for miles, but some of the motel owners aren't feeling as celebratory about the area. The Interstate continues to be a challenge, this time, because the 27th Street exit ramp has been out of commission for so long.

Milo Jocovic owns the Hideaway Inn, 5105 S. 27th St., and he says the Interstate continues to cost him revenue because the 27th Street exit ramp is under construction for the second time in two years which deters people from stopping at his place for lodging.

"They closed the ramp last year, built a new one, opened it for two months and then tore it down again," says Jocovic. "More than one-third of my business is lost."

Wildenberg's Evergreen Hotel, 3774 S. 27th St., is a hotel and bar on the edge of a trailer court. The Cream City brick building was built in the 1850s as the home for Jacob Nunnemacher, a Swiss-American who owned a local whiskey distillery. It was later an upscale hotel, but today, the five rooms rent for $50-$100 a week and the building serves as short-term housing for low-income guests.

Diane Krug helps out with the business, which is owned by her mother, Eleonore Wildenberg-Klug, who is 81. Krug says the long-term repair of the Interstate has deeply affected her tavern, although her motel business is about the same because she has so few rooms and they are occupied for long periods of time.

"People can't get off on 27th Street anymore. Business is so slow, you could throw a bowling ball down the middle of this place without hitting anyone," says Krug.

Krug says at one time, people stopped in her bar to have a drink while waiting for repairs to be made on the vehicles at one of the auto shops on the street. She says she also got a fair share of business from men waiting for their wives or partners to shop at one of the stores on 27th Street.

"That doesn't happen anymore," she says. "Not since the ramp was open." 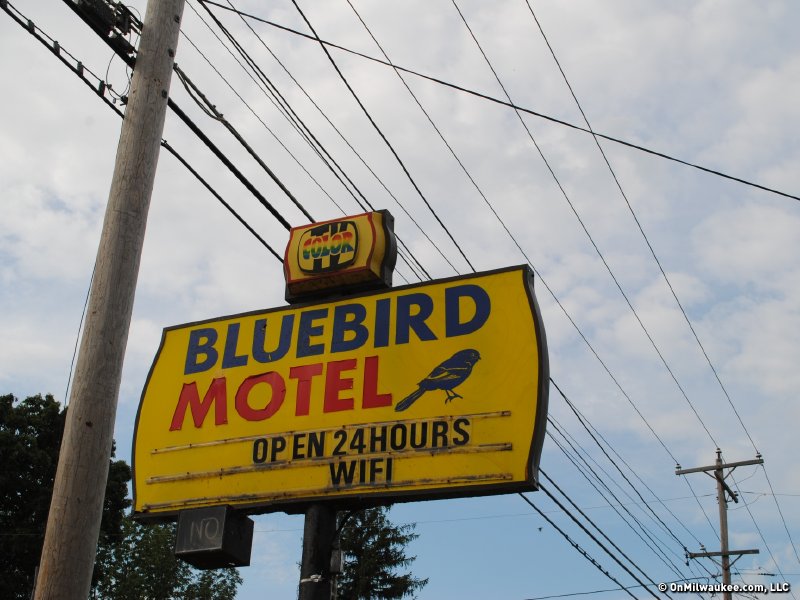