Classical music performances aren't what they used to be. Gone are the staid, starched affairs many still (incorrectly) associate with symphony and ensemble concerts, replaced these days with events like the Symphony's pop-up concerts, the latest of which takes place this week.

Classical music performances aren’t what they used to be.

Gone are the staid, starched affairs many still (incorrectly) associate with symphony and ensemble concerts, replaced these days with events like last autumn’s wide-ranging Present Music birthday bash, "Made in Milwaukee," which also included a set from Milwaukee rockers Tigernite.

Present Music’s colleagues in melody, the Milwaukee Symphony Orchestra, have similarly been pushing the boundaries via its series of pop-up concerts.

A neighborhood series has found the MSO bringing music to the people by performing at lumber yards, churches, bookshops and other unexpected venues.

Slightly larger "Secret Symphony" pop-ups have been staged at an office building – for a spy-themed event – and at Flux Design in Riverwest, an event that featured a range of Milwaukee artists and crafters.

These shows, which could handle crowds of around 350, sold out quickly. 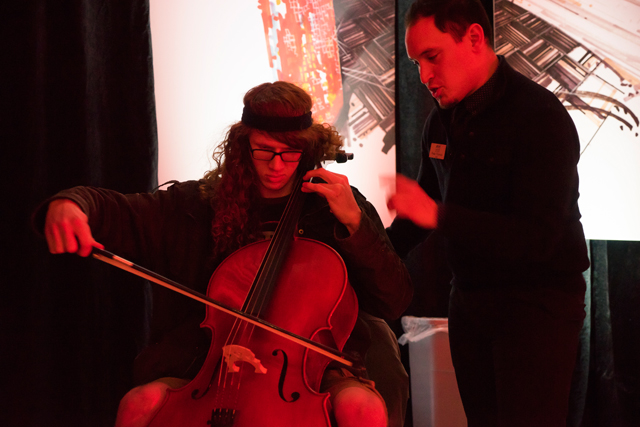 "Our Secret Symphony events are ‘gateway concerts’," says MSO President and Executive Director Mark Niehaus. "They are an opportunity to reach members of our community who might be new to the symphony, connected to one of our presenting partners, or are already fans, but they want to see the orchestra they love in an exciting new space."

A few more of these concerts – which one MSO staffer says began as something of an experiment and have since become "a thing" – are on the horizon, and the third one is slated to take place Thursday, Jan. 12 at the Milwaukee Public Library, 800 W. Wisconsin Ave.

Guest conductor JoAnn Falletta – who made her name in part due to her roles with the Virginia Symphony and the Buffalo Philharmonic – will lead the MSO in Russian composer Nikolai Rimsky-Korsakov’s "Scheherazade." That’s only part of the evening’s agenda, but it's the main one.

Ex Fabula, the storytelling organization, will be on hand to craft a narrative about the event via a pre-concert "Ultra Shorts" booth at the library, where visitors can contribute stories to be performed after the MSO piece. 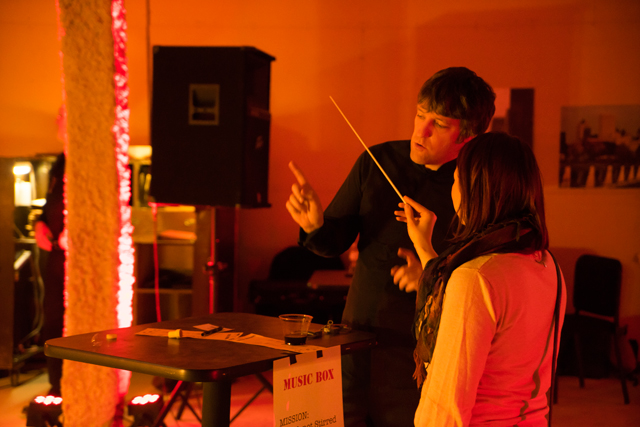 Tamarind Tribal Belly Dance will perform and offer lessons, and, in addition to a cash bar, Third Space Brewing, Central Standard Craft Distillery and Rishi Tea will offer tastings of their libations. Sababa Middle Eastern Fusion Restaurant and Bar will offer samples from its menu, as well.

The event will be dressed up by Studio Gear, which will provide decor and lighting.

These "happenings" look poised to become a regular feature for the MSO, in large part because they’ve been successful at attracting new – and younger – audiences.

"Of the audience members who attended the first Secret Symphony, 68 percent had never been to an MSO performance," says Niehaus. "Presenting classical music in non-traditional venues like office buildings, design studios, the library, and the museum makes it easy for anyone to share the experience of excellent music making up close, and personally interact with our amazing musicians.

"This is an expanding new initiative for us, and who knows who we will partner with and where we will pop-up for the next one? Stay tuned."