Last month, the City Records Center was combined with a number of other city archival departments on the lower level of Zeidler Municipal Building, 841 N. Broadway, and given a massive makeover to make them more accessible and welcoming to the public.

Milwaukeeans have all sorts of reasons to conduct research among city records. There’s genealogy, house history research, historic preservation projects, contractors who need information before undertaking jobs and the list goes on.

"The two biggest things that we get are on our side are building plans and tax rolls," says City Records Officer Brad Houston, who oversees the City Records Center. "A lot of the building plan stuff is for is contractors and architects (who) are doing renovations and want to see what the existing plan is like. A lot of the tax stuff is for taxable disputes, there's some genealogy stuff associated with that."

Last month, the records center was combined with a number of other city archival departments on the lower level of Zeidler Municipal Building, 841 N. Broadway, and given a massive makeover to make them more accessible and welcoming to the public. 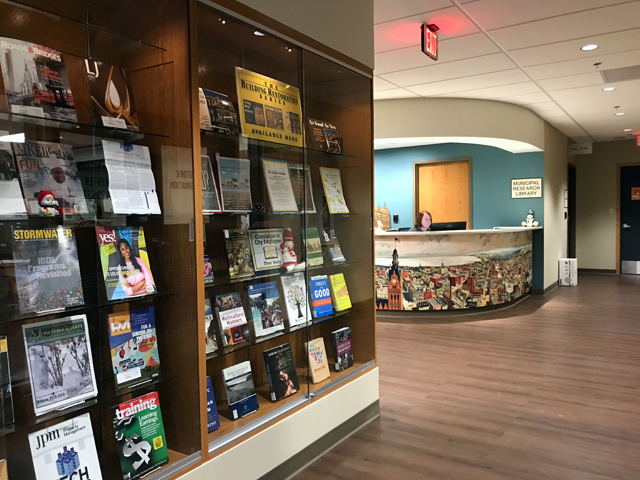 "One of the goals of this project is to expand beyond those sort of work horses," says Houston, " because there's so much more out there."

Now, the new Municipal Research Center includes not just the astonishing archives of the City Records Center – which I explored in this story (which has some good "before" photos) a couple years ago when the digs were much different – but also the city’s Historic Preservation office and the Municipal Research Library, which has in the past been called the Legislative Reference Bureau.

Here, you can now find all kinds of things, from Common Council proceedings from across the history of the city, city directories, maps of an incredible variety, building plans and building codes, plat maps of the subdivided city, old newspapers and clip files, and much more. 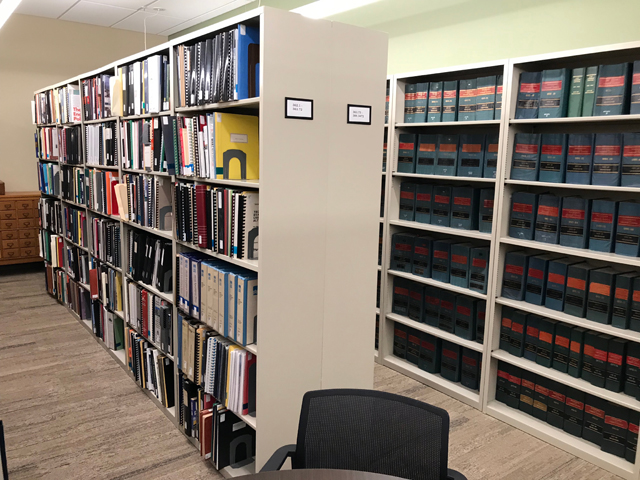 But know that the City Records Center has four secure storage facilities and there are quite literally millions of objects like photographs, documents, maps, books and more. So, it helps to arrive with some sense of what you need, though the staff can help, of course.

In addition to public accessibility, records management and retention – as well as reference research for city departments – are the major tasks of the center.

The consolidation has already proved useful, says Houston, who can point to examples of how bringing everything together has helped locate documents that in the past if were not technically missing, would have been much more time-consuming and difficult to find.

"It was a good opportunity to consolidate the space and functions of these related sections that are within the city clerk’s department," he says. "And it’s now much more attractive, too. 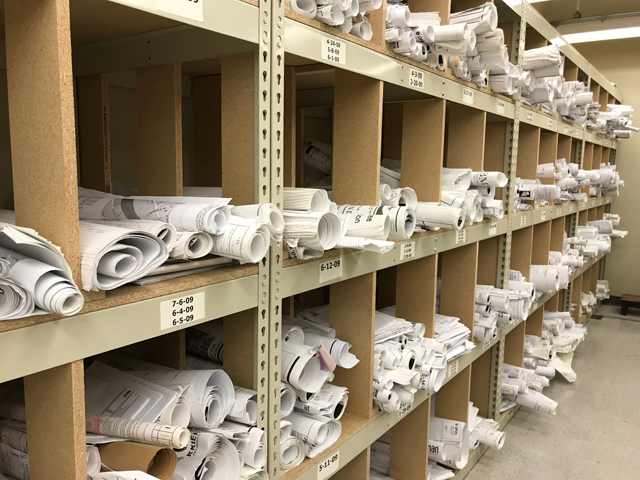 "As part of the renovation, they built a climate-controlled vault for us, which is better. We have monitors in there, a dedicated HVAC system. And we've been able to consolidate some of our additional space through destruction of records, which seems counterintuitive, but there's a lot of stuff on the shelves that, frankly, should've been destroyed years ago. Like accounts payable records. After seven years, we can get rid of those, and that has allowed us to cut down an enormous amount of space."

Houston and his colleagues have been working hard to digitize records and to create partnerships with other institutions like the AGS Collection at UW-Milwaukee’s Golda Meir Library that can help digitize documents – in this case maps – and make them more accessible to the public.

"The intent is for the Municipal Research Center to be a resource for the city employees and members of the public to get historic and current information about the city. And the other intent is to, if we don't have the answers, be able to point people to where they are.

"The plan – and I want to stress that this is long term – once we get everything consolidated and get a sense of, ‘OK, here's everything we have that people might want to look at,’ is to get a lot of that stuff online, public-facing. We do actually have a lot of it on our internal system. It's just a matter of getting it online and figuring out how to serve it to the public."

In the meantime, the Municipal Research Center is open Mondays through Fridays, from 8 a.m. until 4:45 p.m. It’s your city research center, so go ahead and use it!

New recycling guidelines make it easier to be green in Milwaukee