A mural in Black Cat Alley on Milwaukee's East Side was vandalized last night, according to Kristin Godfrey, executive director of the East Side Business Business Improvement District.

A controversial mural in Black Cat Alley on Milwaukee's East Side was vandalized last night, according to Kristin Godfrey, executive director of the East Side Business Business Improvement District.

The mural depicts a black man in an orange prison uniform and many leaders and community members found it insensitive and reinforcing of a negative stereotype. The artist, Adam Stoner, says he intended it to be sharp criticism of mass incarceration and the violence that ensues in poor communities. 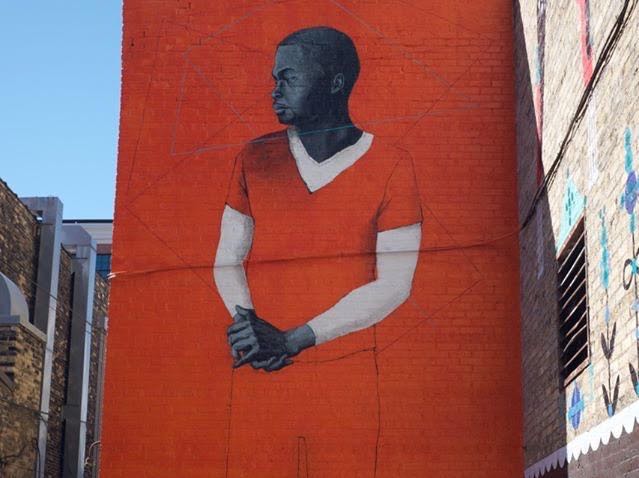 The mural, which is currently covered in black spray painted lines, will be repainted in solid orange later today or tomorrow. The estimated value of the mural was $10,000.

Godfrey says she is heartbroken, professionally and personally, because after a series of conversations with leaders and citizens there was a plan in place to swap out the mural in spring of 2018 – when the weather became warmer – with something else.

"We were listening, we were having conversations, we were making changes," says Godfrey. "We also take the defacing of public art very seriously and will provide more safety measures going forward."

Police are investigating the vandalism and working toward finding the responsible individual or individuals.