Von Trier owner John Sidoff began to remove the German mural and, to his surprise, found another mural which is currently on display at the bar. Then, the 93-year-old artist who created it was found in Washington State.

In 1958, William Lachowicz started working at Boston Store in Downtown Milwaukee as the lead window display director. He and his wife, Dorothy, lived on Cambridge Street on the East Side and sometimes on his way home he would stop at Reider’s – now Von Trier – for a drink.

Lachowicz became friends with the owner, Frank Reider, whom he described as "a very dapper guy who wore a white bolero waiter’s jacket and a bow tie."

At the time, there was a mural above the bar that Lachowicz – who graduated from Milwaukee’s now-defunct Layton School of Art in 1949 – described as "kind of chintzy, with piano keys and cocktail glasses."

"I did a little friendly badgering, asking him if I could have the space, and after a few months, he agreed," says Lachowicz, who is now 93 and living in Washington State. "I wanted to paint something that reflected the ambiance of the space. There was a jukebox there with a very elegant selection of music."

Lachowicz painted his mural, which he describes as a "non-objective linear design," in his home studio on numerous panels. Black lights were installed because parts of the mural were black-light reflective. 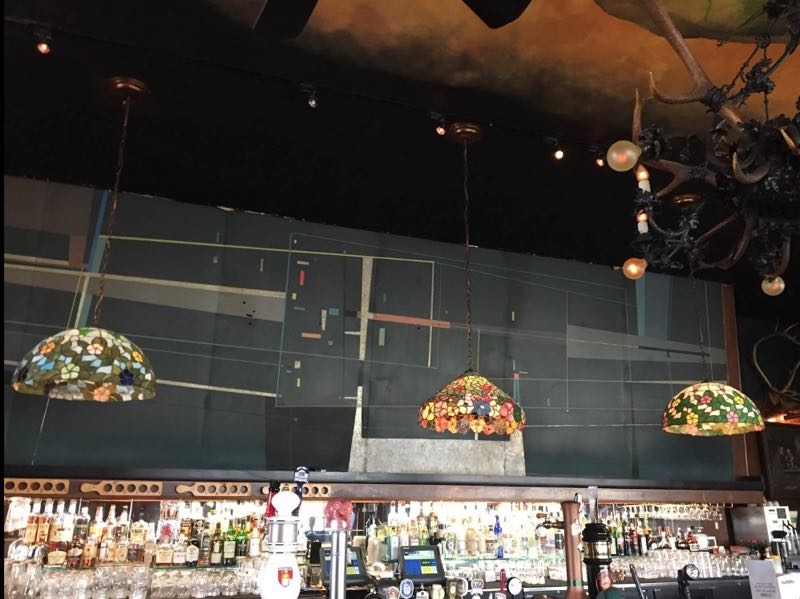 Although not certain, Lachowicz believes he received $600 from Reider as compensation for the mural.

Years later, the bar changed hands and the concept morphed from mid-Century to German-themed at which time Lachowicz’s mural – which did not have a name – was covered by a new mural that reflected the German theme.

A few months ago, the owner of Von Trier, John Sidoff, considered changing the German-themed bar back to a mid-Century cocktail lounge to honor the history of Reider’s. (After public disapproval and a new partnership, OnMilwaukee broke the story last month that the ionic tavern would remain a German tavern after all.)

Before deciding his establishment would stay German themed, Sidoff began to remove the German mural and, to his surprise, found Lachowicz’s mural underneath it.

Sidoff had no idea the mural was there, nor who painted it, and began to connect with artists from the era to help him. A customer, Peter Goldberg, was still in contact with artists who went to the Layton School of Art during that era and found out through them that Lachowicz was the artist.

Goldberg called Lachowicz out of the blue and told him Sidoff had found the mural.

"I was highly surprised," says Lachowicz. "I had no idea where it was, if it was even still there."

Lachowicz and his wife moved from Milwaukee to Washington State in 1986 when he retired from Boston Store to be closer to their two grown children. Originally they moved to the northern coast which he describes as "a very fine time of our life." Today, the couple live in an apartment in a suburb outside of Seattle that is near their daughter, Brena.

"We’ve been married 68 years. We live a very calm and quiet life," says Lachowicz, who stopped painting in the 1980s. "Dorothy listens to a lot of books on tape and I do a lot of crossword puzzles."

The mural is currently on display at Von Trier and Sidoff says he plans to keep it intact for a couple of months. Black lighting will be installed this week. In early 2018, the German mural will be re-installed, but Sidoff looks forward to seeing Lachowicz’s mural as the backdrop for Von Trier’s traditional Christmas village decorations.

"The decorations always got kinda lost in front of the German mural because it’s so busy. I think they will look interesting in front of this mural; it’s simpler and will give it kind of a nighttime-looking background," he says.

Both the German mural and Lachowicz’s mural are in need of restoration because of nicotine stain and bullet holes. In the 1980s, someone shot at two of the characters in the German mural, which damaged both murals. Although the story in not certain, Sidoff says the owner at the time had a lot of police patrons who might have been responsible. 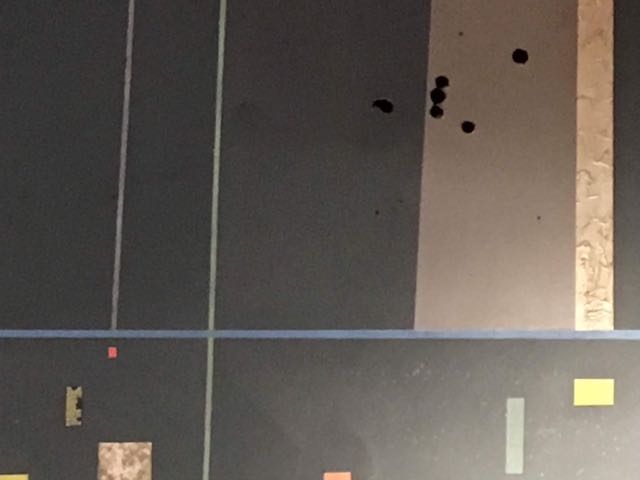 The future of Lachowicz’s mural is unsure at this point. Sidoff says they may restore it and find it a permanent home, but for now, it’s behind the bar like it’s 1960.

"It’s very different from the German mural, and it still needs black lighting and isn’t quite right with the Tiffany lights in front of it, but the more we look at it, the more we like it," says Sidoff. "It grows on you."