The muralist behind the mural: Ruben Alcantar

Recently, Alcantar finished a mural of Bucks player Giannis Antetokounmpo and his two brothers, Alex and Kostas, called "Respect." The 30-by-15 mural is on the facade of the building that is home to Highbury Pub and Alcantar's tattoo shop, Black Rabbit Tattoo Collective.

Ruben Alcantar grew up on Milwaukee's North Side in the Westlawn Apartments where he witnessed injustices towards POC firsthand. The experience deeply affected him and inspired his dedication to creating Black Lives Matter murals this summer.

"I paint murals to inspire art and change," says Alcantar. "I feel like our city really needs that right now." 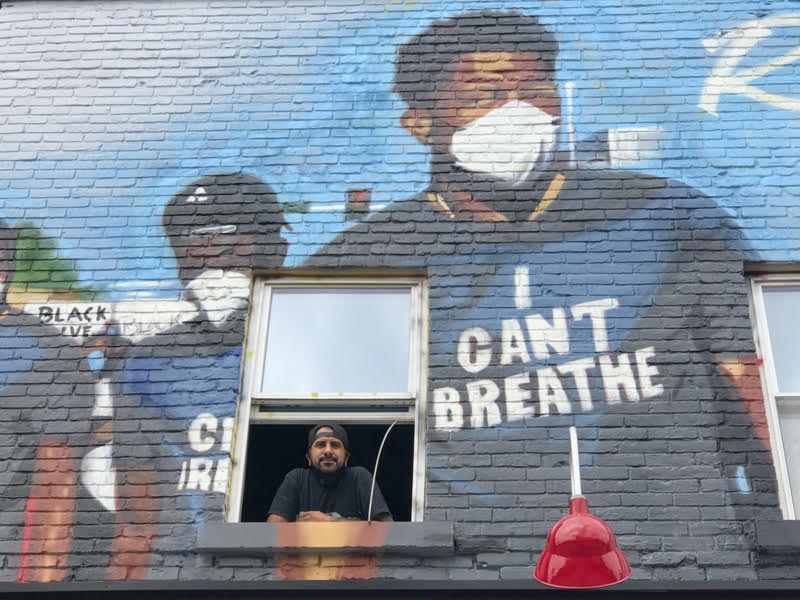 Recently, Alcantar finished a mural of Bucks player Giannis Antetokounmpo and his two brothers, Alex and Kostas, called "Respect." The 30-by-15 mural is on the facade of the building that is home to Highbury Pub and Alcantar's tattoo shop, Black Rabbit Tattoo Collective, 2320 S. Kinnickinnic Ave.

Alcantar started tattooing when he was 7 years old. With the help of his dad, now a retired tattoo artist, he inked a dragon on his mom, which she still has. Alcantar attended the Milwaukee High School of the Arts and has been drawing, painting and tattooing almost every day since.

This summer, Alcantar is still tattooing, but Black Lives Matter murals are his main focus. The "Respect" mural is his sixth mural of the summer – the others are in Riverwest on or around Holton Street – and he is currently working on another large mural on Vliet Street.

"There will be another (painting of) Giannis in this mural, too," he says.

Alcantar says the "Respect" mural was the first time he painted a sports figure / celebrity in a mural.

"It was both fun and nerve-wracking," says Alcantar. "I knew I had to pretty much nail his likeness."

So does he think he nailed it?

"Yeah, I did. I surprised myself," says Alcantar.

All of these murals are funded by the artists and the community. To contribute, contact Alcantar via Instagram @thebloodruby. He is also looking for more wall space for his murals. 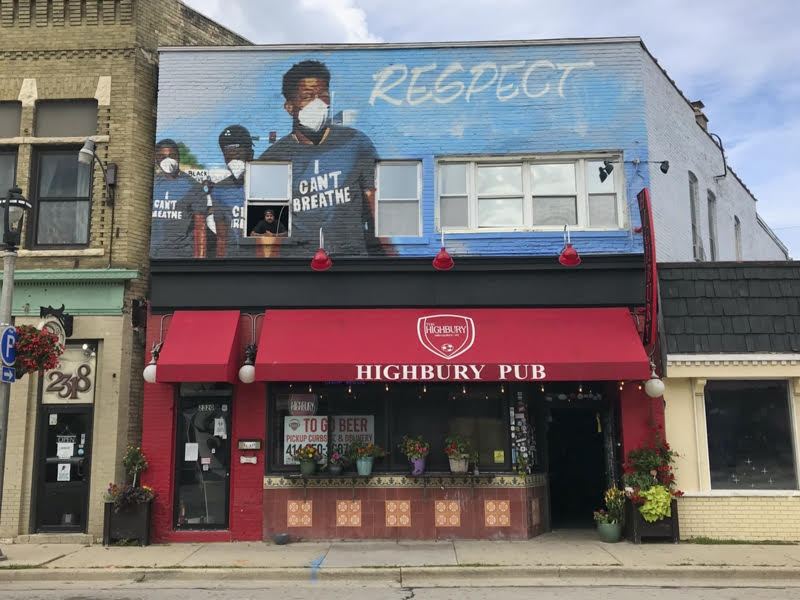 Click here for the first article in this series.