After nearly 30 years in its current home and 65 within eyesight of it, National Ace Hardware, 1303 N. 4th St., is closing. The building - put up for sale in 2013 - was sold to a developer on Wednesday and a plan for its redevelopment is expected to be announced this week. Meanwhile, National co-owners, brothers Bill and David Rotter, will work to liquidate the current space, which must be vacated by mid-November.

The building – put up for sale in 2013 – was sold to a developer on Wednesday and a plan for its redevelopment is expected to be announced this week. Meanwhile, National co-owners, brothers Bill and David Rotter, will work to liquidate the inventory in the space, which must be vacated by mid-November.

"Our plan was to lease it back, if it worked, but it really wouldn’t work and they were able to find a tenant for the whole building," said Bill Rotter.

The store will close Sunday in preparation for a clearance sale that begins Monday.

The building is actually four structures. The three-story building on the corner was erected in 1902 for carriage-maker Chas. Abresch Co., and the old Engine Co. 2 firehouse on the north end, next to a large parking lot, was built in 1892. A one-story structure was erected between them in 1910. The Rotters added a small engine repair shop shed out back.

"We really underutilize the building," said David Rotter. "When we bought it back in 1986, we used to buy a lot of stuff by full truckloads so we needed a lot of warehouse space. With Ace Hardware we have no need to buy by the truckload, we can get it out of a million-square-foot warehouse.

"But the market’s changed. We used to pull from the whole metro area. We sold whole truckloads of lawnmowers and stuff like that. In the urban setting you don’t sell that. But there are a lot of things we do sell and probably some things that we could do more with." 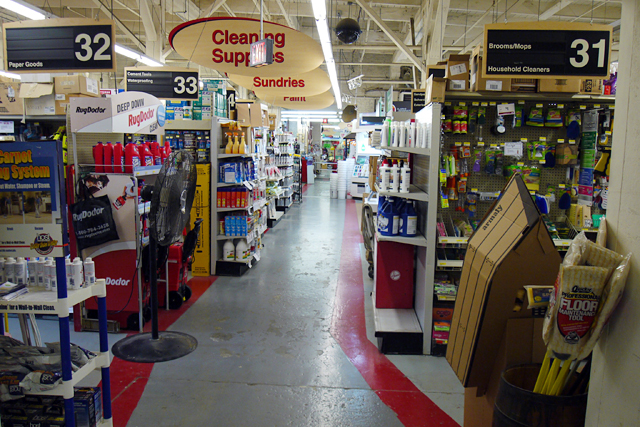 National’s location near 13th and Mitchell Streets will remain open and the Rotters said they’ve been discussing the idea of a smaller store – perhaps 8,000-10,000 square feet – in or near the Haymarket Square neighborhood.

"Whether it’s us or somebody else, this area definitely needs a store," David Rotter said. "This is a good volume store so Ace doesn’t want to lose it and the neighborhood definitely needs it.

There are, however, no firm plans yet for such a store.

"We have to be out of here in four months," said Bill Rotter. "So that’s our concentration; our focus."

Marshall Rotter opened the first National Hardware location in 1950 on Juneau Avenue, between Third and Fourth Streets, just west of the West Side Bank/Sydney Hih building. He later moved around the corner to Third Street to a three-story building just north of the Sydney Hih. 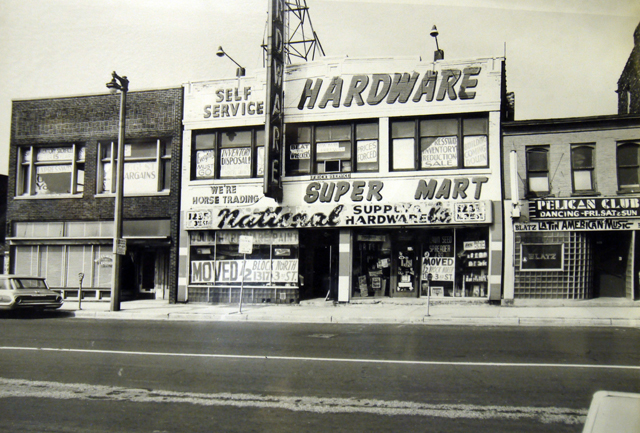 When that building was demolished for freeway construction in the 1960s, the store moved a block north to the Mandel Printing Building. In 1987, it moved to the building on the corner of Fourth and McKinley.

The Rotters have had other locations, too, including on 27th Street, south of Rawson Avenue; on the 3500 block of South Howell Avenue; and in the basement of the Hills Building on 9th and Mitchell Streets.

"My dad started the business," said David Rotter. "He started selling tools off of a truck in Germantown and Menomonee Falls to the farmers. They had a little warehouse in Waukesha and my mom used to run and pick him up when his truck broke down."

Bill and David started in the store when they were 9 or 10 years old. David studied law and left to practice for a few years, but soon returned. When his Rotter Bakery, a wholesale bakery on 5th and Reservoir Streets closed, their grandfather Louis Rotter also joined the business, working primarily as a greeter.

They officially took over the business when their father passed away a month before the Fourth Street store opened. 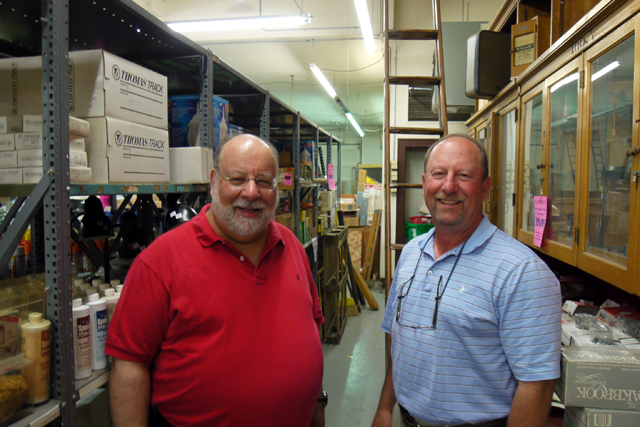 The store still has greeters today among its staff of about 40 full- and part-time employees.

The Rotters said they told the staff about the closing the day after the sale was finalized last week.

"We were amazed," said Bill Rotter. "I didn’t sleep at all the night before, because we knew we were going to tell everybody the next day. They all took it very well, and I think part of it is because we were up front. We let them know the building is on the market and it’s going to sell at some point. They weren’t blindsided."

"We told all the managers and asked if they had any questions and of course they had some," said David Rotter. "It takes time to process, to think about it. Bill and I went down and talked to each employee individually about what’s going on and what we expected. Not one didn’t say we’re here with you until the end."

"That touched me. I knew we had class people. I always figured we hire for attitude and train for skill. It’s that helpful mentality. What they do all day is help people fix problems."

The Rotters said they hope to offer as many employees positions at the South Side location as they can.

"We did this four years ago when we closed the store on the South Side (on Howell, near Holt)," said Bill Rotter. "We had 11 employees and we offered them all positions at this store or to work at our 13th and Mitchell store and all but one part-time cashier did not.

"Out of that group, all but one are still here. We try to place people as best we can. We also have some people that have said they’re retiring at the end of this year."

The buildings must be completely vacated by Nov. 15, but no final day of business for the retail store has yet been determined. But it won’t be Nov. 15, the Rotters agreed.

"It had better not be," said David Rotter. "We have to be out of here."