National Cafe serves up some of Milwaukee's best ramen

The National Cafe may be serving some of the best ramen in the city. Here's why.

If you've not tried the ramen at The National Cafe, 839 W. National Ave, you owe it to yourself slurp up a bowl very soon. After all, it's some of the best ramen in the city, thanks to the expertise of Chef Nell Benton.

"Ramen is one of the most misunderstood dishes out there," says Benton, owner and chef at The National Café, "The concept is simple – it’s broth and noodles – but there are so many variations."

Benton, who has been serving up ramen daily at the cafe for almost two years now, has become a bit of an expert on the topic.

"In my travels through Asia, I’ve eaten a number of variations of ramen," she says. "But, the first I had it in the states – the first time it really blew my mind – I was at Umami in Madison."

The experience sparked an obsession.

"I was driving myself there religiously for dinner," she said. "I’d stuff myself full and then drive home to Milwaukee again."

Benton also started experimenting and making her own ramen.

"I researched it as much as I could," she said, "But there’s so little information out there to go on. But, I ate ramen in San Francisco and Chicago. And I just started making it, batch after batch after batch."

One of the things she learned is that she had a preference for fresh, handmade noodles. Even the packaged noodles from Sun Noodle, a Hawaiian company that makes noodles for most ramen shops in the U.S., left her wanting.

"The commercial noodles are gummy," she says. "They’re just not chewy and springy like fresh noodles are." 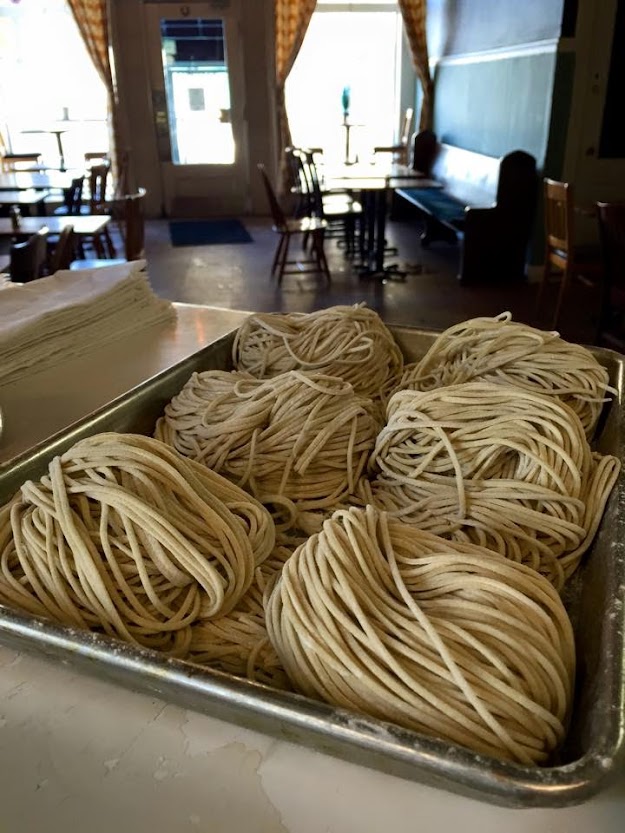 The secret to the spring is alkali salts, which Benton makes by baking baking soda, a process that transforms sodium bicarbonate into sodium carbonate—an alkaline salt.

Benton mixes the alkaline salt into the water she uses for the noodle dough, which also contains bread flour and egg yolks.

"They’re easy to make," she says. "But, the real secret to the ramen is the broth."

Ramen broths come in a variety of forms. Some are pork-based. Others are made from chicken. The lightest of the ramen broths are dashi broths, usually made with kombu (seaweed) and bonito flakes.

From there, the broths differentiate based on their tare (seasonings), which can include shio (salt), shoyu (soy sauce) or miso.

"There’s so many variations of ramen, even in Japan," Benton notes. "In the colder northern climate, they’re more heavy and full-flavored, miso-based. But, in the south where it’s warmer there is more seafood with dashi-based broth. There’s even a summer version of ramen – tsukemen – a ramen eaten in the summer months where cold noodles are dipped into warm broth before being eaten."

The broth Benton serves at The National is Tonkotsu, a pork bone broth that is fatty and creamy and extremely hearty.

Benton uses pork feet, which are quartered to give the stock more access to the bones’ gelatin and marrow stores. She adds chicken bones to lighten the flavor. And a secret ingredient – smoked pork hocks – which offer a subtle smoky flavor. 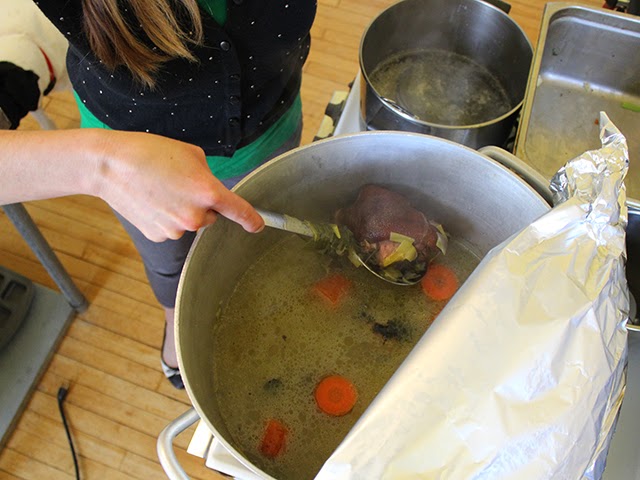 A lot of the work comes at the front end of the broth when the bones are soaked, rinsed and then boiled to remove any blood or impurities. Then the bones are covered with fresh water and augmented with charred onion and ginger, along with leeks, carrots and garlic along with additional vegetables and aromatics.

One secret to the broth is a lengthy simmer. Benton’s broth typically stews for about twelve hours, the amount of time, she says that allows the stock to absorb the maximum amount of flavor and body without beginning to darken.

"Once the broth is finished, the fun begins," says Benton, who lists thinking of toppings for her ramen as "one of the most fun parts."

At The National, tonkotsu ramen includes pork belly, scallions, nori, a soy marinated soft-boiled egg. It also comes with an optional "spicy bomb" – a mix of sambal and Siracha that will warm up

"Honestly," she admits, "Toppings can be just about anything. If you’re a mushroom person, you can put three types of mushrooms in there, if you’re a meat person, load it up with meat. Anything goes."

Benton says she’s recently discovered that fresh sweet corn is a delicious addition, so she’ll be adding that to the list of toppings for her ramen soon. 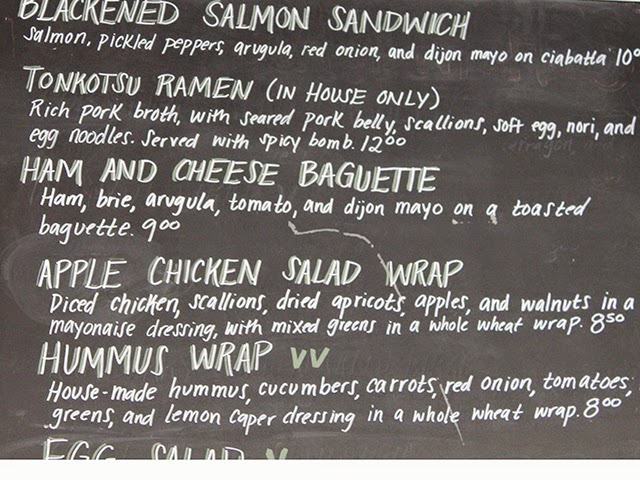 Use your noodle: Tochi brings ramen to Shorewood