If you've ever doubted the influence a new chef wields over the cuisine at a restaurant, it takes little more than a brief look at the newly minted menu at Yokohama to underscore the point.

If you’ve ever doubted the influence a new chef wields over the cuisine at a restaurant, it takes little more than a brief look at the newly minted menu at Yokohama, 1932 E. Kenilworth Pl., to underscore the point.

In November, former Hinterland Chef Matt Kerley took the reins as the new culinary director at Stand Eat Drink Hospitality. And in his first month on the job, his influence is evident in a new menu, which still offers plenty of ramen options, but also emulates the casual vibe of a Japanese izakaya, a casual spot where folks stop in for after-work drinking and snacks.

"I believe that this place can be more than just a place to grab a bowl of noodles," says Kerley. "And I wanted to be able to showcase more. So, the izakaya take is really about giving people a menu where people can sit down and try all sorts of dishes and really experience a variety of bright interesting flavors."

Kerley says the inspiration for the flavors in many of the dishes hearken back to inspiration he gained as a young chef in San Francisco.

"The culture of cuisine there is really transcendent," he says. "Being from the Carolinas, I had no idea the diversity of Asian cuisines; but the more I ate and worked with the ingredients, the more I began to identify with the flavors, which were really clean and fresh and filled with umami. It’s been fun because here I truly have this opportunity to explore the Japanese flavors that I really fell in love with there."

An okonomiyaki pancake features a savory pancake with kimchi topped with pork belly, Kewpie mayo, furikake seasoning and bonito flakes, which dance merrily on top of the dish in response to the heat ($10). 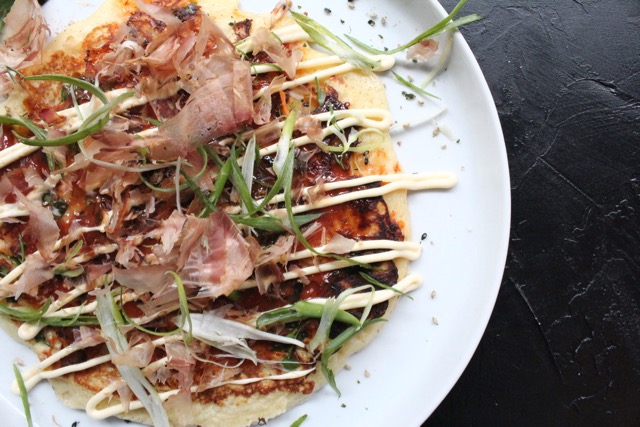 Meanwhile, the "fried egg" is really a take on the Scotch egg, featuring a deep fried soft egg wrapped in pork sausage and served with pickled daikon and sesame dipping sauce ($7). 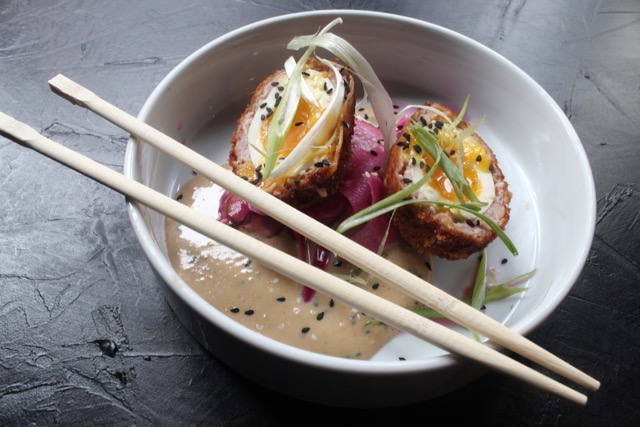 On the ramen side, guests will find five different varieties including spicy miso ramen, which can be made gluten-free, along with beef, shrimp, tonkotsu and a vegetarian ramen made with mushroom dashi.

"I tend to err on the lighter side when it comes to broths," notes Kerley. "And I’m using traditional bases for the tare [seasonings], but also taking some liberties to take flavor profiles to another level. And that’s the place where my style really shows." 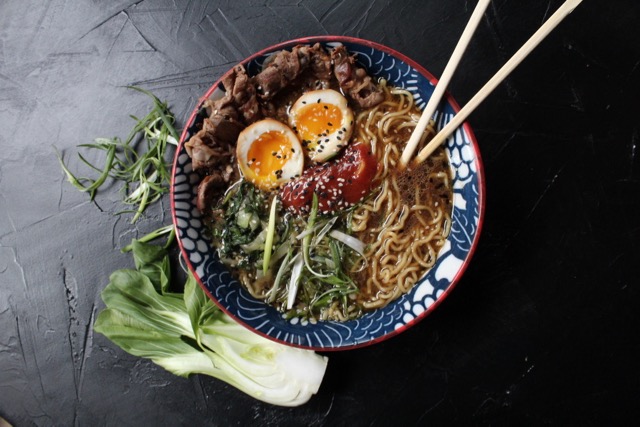 "In the end, we’re here to have fun and create fun food," says Kerley. "In doing so, we’ve really tried to create a menu where there’s something for everyone. The burger we’re doing is just so awesome. And it’s not like I want to be known for a burger… but it’s really good, almost like this slightly Asian Wisconsin butter burger."

National Cafe serves up some of Milwaukee's best ramen

Use your noodle: Tochi brings ramen to Shorewood