Last night, Neil Young took the stage at the Riverside Theater kicking off his recently announced Big M theater tour, and the cold, snowy night served as the perfect backdrop for his stripped-down solo concert.

Last night, Neil Young took the stage at the Riverside Theater kicking off his recently announced Big M theater tour, and the cold, snowy night served as the perfect backdrop for his stripped-down solo concert. Young time-traveled through his decades of work bouncing from "Crazy Horse" to solo albums to CSN&Y then back again.

The stage was devoid of glamour but filled with instruments, allowing full license for his inner muse. The spontaneous nature of Young’s solo tours kept the crowd on the edge of their seats throughout the 19-song set, opening the night with "Mansion On The Hill" before launching the crowd into full excitement with "Heart of Gold." Within the first 10 minutes of the show, he had people shouting, "Thank you!" 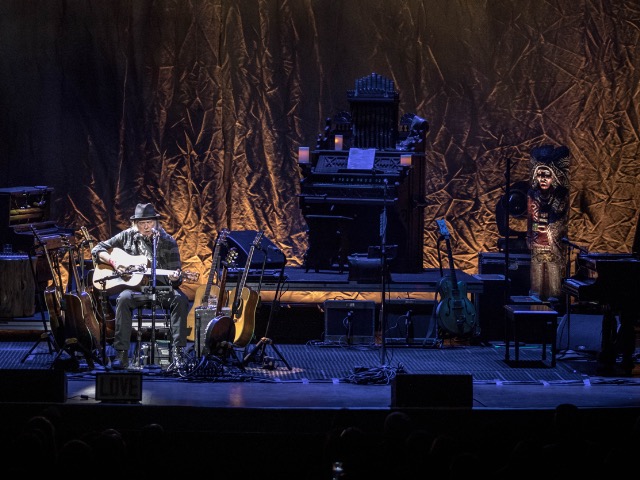 Young took his time moving from song to song, surrounded by a circle of guitars and pianos. The star instrument, however, was his harmonica. Laying around his neck, it made an appearance in almost every song. My personal favorite was "Harvest Moon" during which he spent just a little extra time on the instrumentals.

Young didn’t say much Wednesday night, but he seemed to have a silent rapport with the audience. Choosing to keep the spotlight on the music, he added subtle emphasis to lyrics. During "One of These Days," he moved from the piano to the guitar while keeping the harmonica going the whole time. It was a moment that brought chills as he sang, "I never tried to burn any bridges/Though I know I let some good things go."

The loudest moment of the concert, both instrumentally and from the crowd, came with "Ohio," a song you could hear people murmuring about in excitement as they walked into the theater. Young delivered big time on the electric guitar, strumming to the political classic, the energy from "Ohio" eventually giving way to the highlight of the night with "My My, Hey Hey." The crowd hummed and sang along to some of Young’s most famous lyrics: "It’s better to burn out than to fade away." The main set then closed with a standing ovation as he walked off the stage. 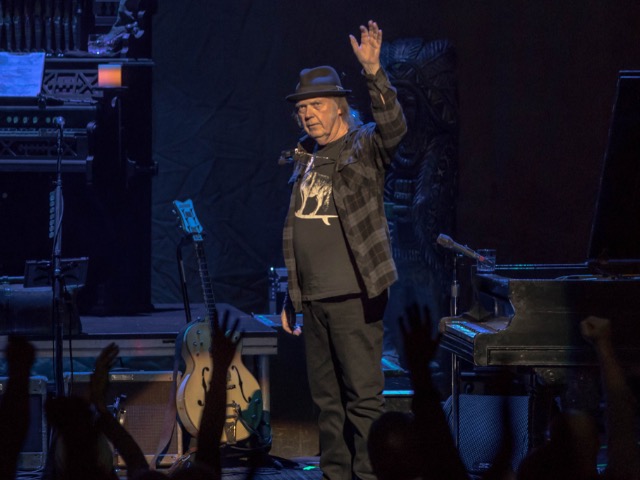 Returning after a relatively short interlude between the main set and the encore, Young closed out the show with "Tumbleweed" on the ukulele. While walking out, there was general awe from seeing one of the best songwriters of our time. However, there was also the occasional fan disappointed to be leaving without hearing more of the old stuff (namely "Old Man").

Love it or hate it, Young has never been one to stay locked in expectations or the past. But it is his evolving perspective that has kept him relevant all these years. One thing is for sure: Neil Young will never stop following his muse.

"Mansion On The Hill"
"Heart of Gold"
"Like a Hurricane"
"Out on the Weekend"
"Old King"
"Green is Blue"
"Cortez the Killer"
"Harvest Moon"
"War of Man"
"One of These Days"
"Cowgirl in the Sand"
"Thrasher"
"Olden Days"
"Don’t Be Denied"
"Homefires"
"Ohio"
"Everybody Knows This Is Nowhere"
"My My, Hey Hey (Out of the Blue)"